Okay, everyone's in lockdown. Weights are looking good, air cells are marked and those eggs are looking pretty full.

Brooder's set up, but it looks like my heat cave with seedling mats can't make it up to 35, so I've added a caged ceramic fixture - had to go through my 100 watt and 150 watt ceramic bulbs before having to settle on the 150 watt red to get over 30 :/

It's on thermostat and I am hoping it can last a full week without popping as the heat cave and ceramics can take over then.

Ready to pop these little guys in the puppy pen. One was a bit wiggly when I first popped them in and, boy can they produce some heat! I keep having to tick the incubator down as they're getting a bit toasty in the middle there.

Lil guy/gal had a bit if albumen leaking from the pip after about an hour of working it open; had to do a little intervention when it looked to be struggling to clear its beak and the albumen was coming out foamy. Widened the hole a bit and pulled the membrane back so it was not blocking its mouth. Hopefully, this one won't have any sticky problems later on.

It's one of the campines; gaping quite a bit and having a rest so likely still absorbing the yolk sack.

Odd cause this one actually lost a bit too much weight during incubation and incubator humidity has been high for hatch, so not sure the cause for the 'stickiness'.
I have dropped the temp a bit for hatch, but it's actually trended higher throughout the incubation.

Nobody else has started, but I have another wiggler I'm keeping my eye on.

Yeesh, what a day.

We've had 5 out - 4 Campine and 1 Orpington. 2 orpingtons have pipped and are still in the incubator. The remaining 5 were all dead in the shell! Looking at their placement in the incubator, it looks like they were all on the outer edges... Coincidence?

We'll find out when we try to hatch out some quail.

I decided to check them as they hadn't pipped internally and I wanted to make sure they weren't malposition and pointing the wrong way, since they were shipped. No movement at all :/
Of the remaining hatchlings, everyone's doing great, though one has had all the problems and us taking it in stride.

He was first to pip and dripping albumen - sticky, unable to zip, had both head over wing and foot over head. Had some fluid buildup on the pinned shoulder, which has since gone down. Bled a bit on the way out and may have mild clubfoot on the foot that was pinned.

Despite this, it's doing great. Happily scooting around the incubator and mostly fluffed up after an initial bath. Will need another at some point.

Now, just need to get those last two hatched and we're done.

Wow!! That was great!

Do you have any update pics of the chicks?

Do you have any update pics of the chicks?
Click to expand...

Ooh, this was some time ago now.

So we had the 4 campines, 2 boys and 2 girls sexable at around 2.5-3 weeks old. We had 3 orpingtons hatch, all black, and one died 1 week in of congenital issues. The remaining 2 were 1 boy and 1 girl. - all the other eggs were dead - no internal pip. May have been the brooder. Ones in the center did better than those on the outside.

We ended up losing the orpington boy to a drowning (jumped in a pool and couldnt get back out), but everyone else is well and on their way to adulthood.

Our sole surviving orpington is gorgeous, our boys are getting quite handsome and the girls should be getting to pol soon.

Fortunately, I've just gotten updated pics of everyone since I started using a flock management app.

The boys have all been moved to a rooster pen and will get to catch back up with the girls for selective breeding once they're up to it. 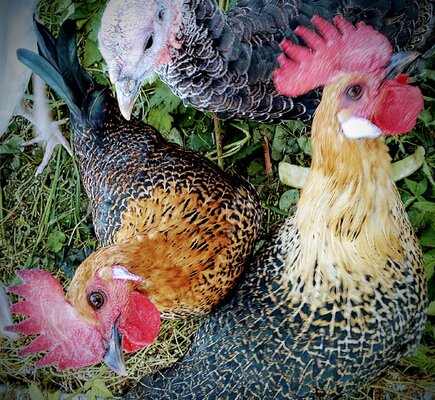 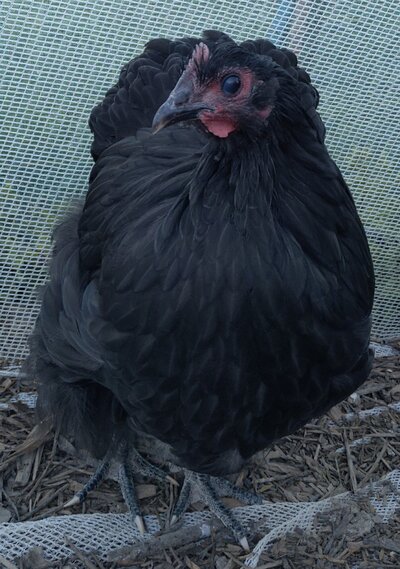 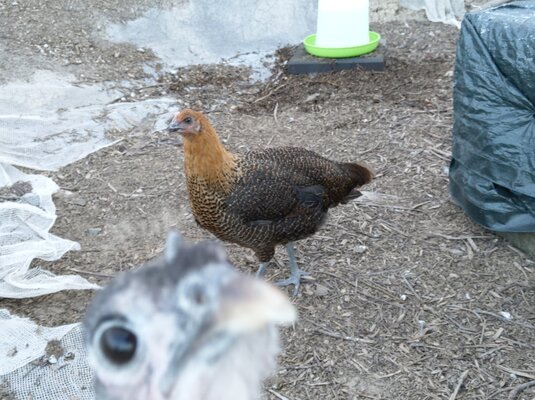 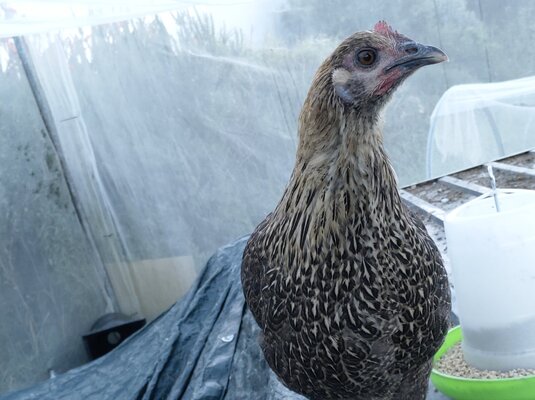 When is a detached air cell detectable?