I adopted some new birds and after quarantine (which included a deworming treatment with fenbendazole and an external parasite treatment though they had no sign of infestation) I put 2/5 newbies into my "playpen" in the big coop to transition slowly into the pecking order.
After a few days they started acting a little lethargic so I added electrolytes to the water in case it was too hot for them. One of them seemed to get better but the other one became more lethargic and started pooping very watery poop and sleeping a lot. She also wasn't eating much so I isolated her in the garage in a dog kennel and mixed up oregano oil, cloves and cayenne into her fermented food. She wouldn't eat much but I could tell she was drinking a little.
Her poop is no longer watery (I was thinking maybe egg yolk peritonitis)
Now it is dark green/blue. Like food coloring. But she doesn't have access to anything of those colors! No greens or berries or anything like that. She hasn't had access to that sort of thing since I got several weeks ago!

I was thinking maybe coccidiosis (different strains in different land) which is why I was putting cayenne and cloves in the food. But she's just not eating enough for it to help if it is cocci. I am thinking I will have to start force feeding her if she doesn't improve but I really hate doing that because it is so easy to asphyxiate.

So.. Any thoughts on what might be wrong with her? Her sister recovered fine from the lethargy and the others still in quarantine housing are totally fine as well, never showing any of these symptoms at all.
Quarantine housing isn't touching the ground, by the way.

Crazy, maybe go for a main stream cocci treatment this time..... Also check out the poop threads ( if you haven't )maybe some of the pictures could help you.

Green poop is common in birds not eating. Blue green poop can occur after eating red cabbage or blueberries. I would stop all of the herbs especially on sick birds because no on knows how much is too much. Chicken feed wet with water, some soft egg, a couple of tablespoonful of buttermilk for probiotics should be all she needs with water or electrolyte water. You could try some Corid (amprollium) if you think it is cocidiosis, especially if these chickens are under 20 weeks old.

Thanks @hennible I have been scouring the internet for chicken poop lol
Unfortunately everything I have seen is due to a strong colored food such as blueberries or beets but she has been eating fermented organic soy-free feed since she arrived and has had zero access to anything odd colored.

Thank you, @Eggcessive that is the first I have heard about a non-food cause of colored poop.
Yes I have been doing most of that except yogurt instead of buttermilk. All mixed into her regular food. She only takes interest if there are sunflower seeds on top.
She is actually a lot older than 20 weeks, like 1 1/2 years old.

Yes I was hoping to confirm if it sounded like cocci before spending so much on Corid.

@Eggcessive thanks I will give it a shot if my Tractor Supply has it in stock.

In the meantime, if anyone has any other thoughts on what might be the problem I would really like your opinions too!

Just wanted to let everyone know that my hen has recovered.

she started drastically improving before I was able to buy Corid.
On the sad side, another bird from the same place developed these symptoms but I didn't catch it in time. She was very underweight and died within 18 hours of me beginning treatment, poor thing.

I do think it is a strain of cocci that overloaded their systems otherwise these NPIP birds are carrying a disease and the stress of quarantine has brought it out. I hope it is the former.

If anybody is still listening to this thread, did it look anything like this 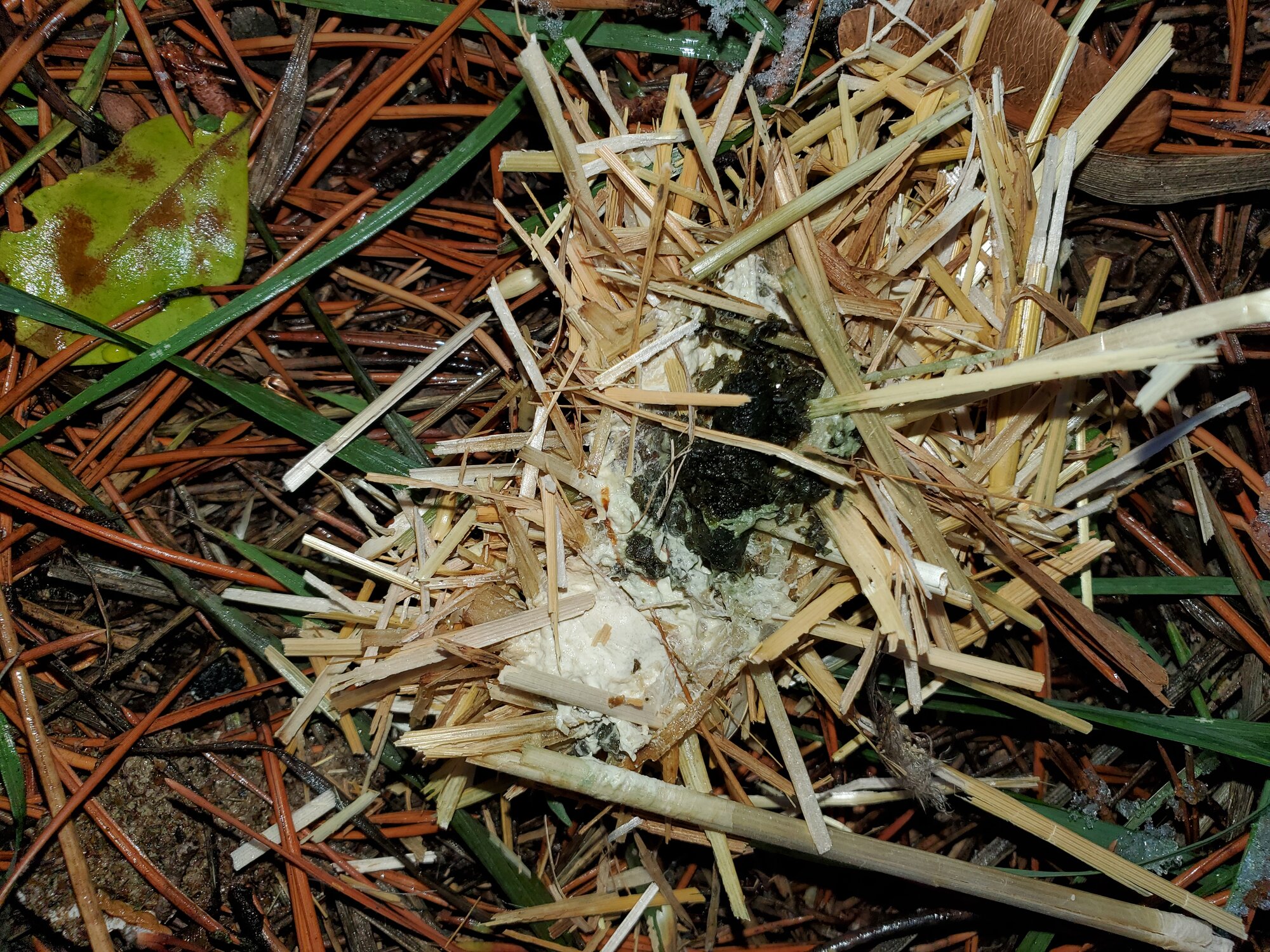 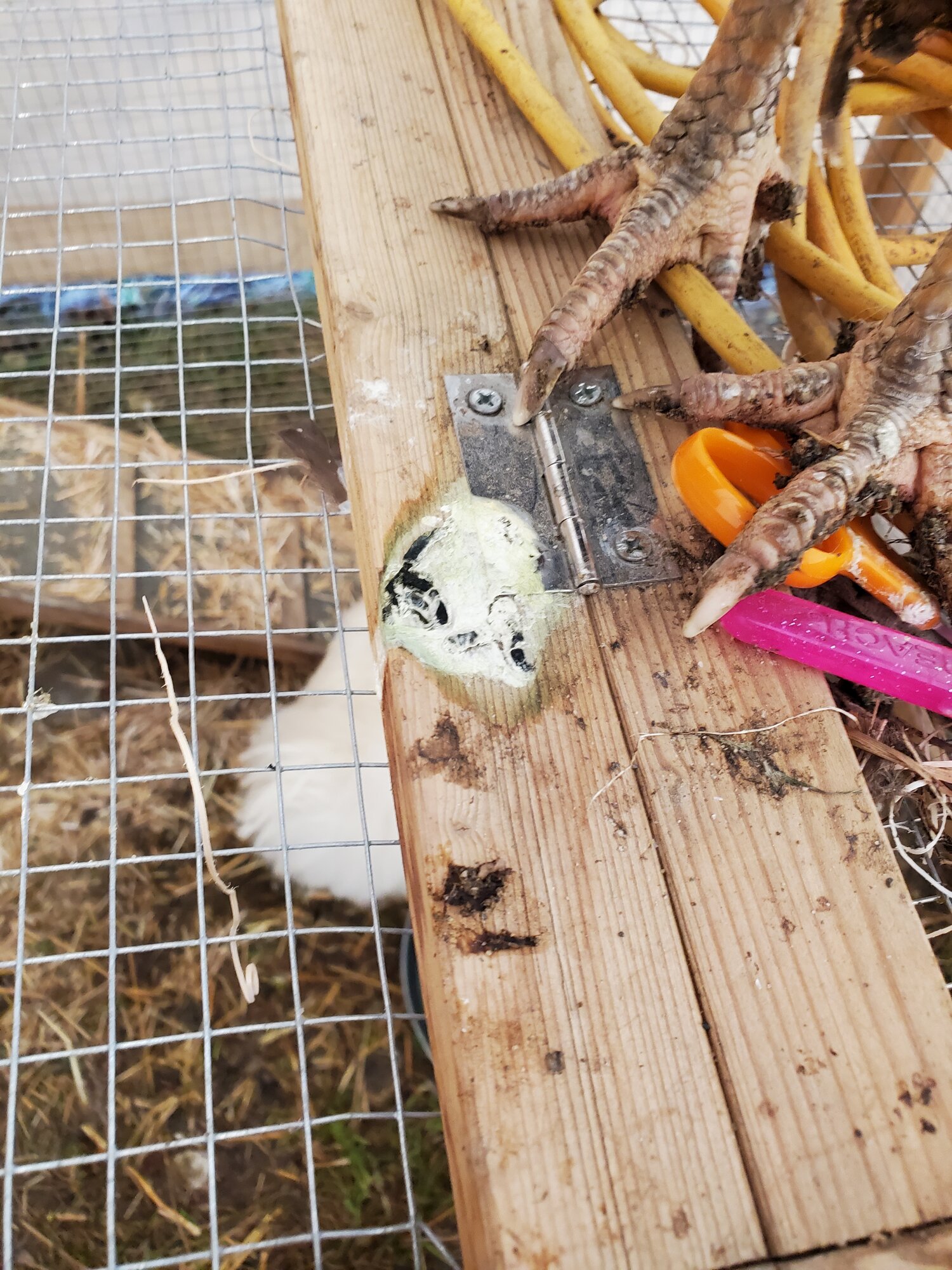