This EE hen was hatched out in April of this year. Her comb has been flopped over as far back as I can remember but not that color. Recently however she has just been sitting around the yard like she is in the picture. She does try to run away but half heartedly. Her crop doesn’t feel like anything. I’d describe it as a deflated balloon. One that has naturally lost all of its air.

I have seen her eat some but she’s also super skinny. Like she hasn’t been eating properly for days. I thought she was getting picked on so I caged her today. So she would have her own food and water. Her feathers don’t show signs of picking though. I’m sure it could still be picking, just when I’m not around. But I’m beginning to wonder if there’s another reason she might not be eating.

I do not know if she is laying. 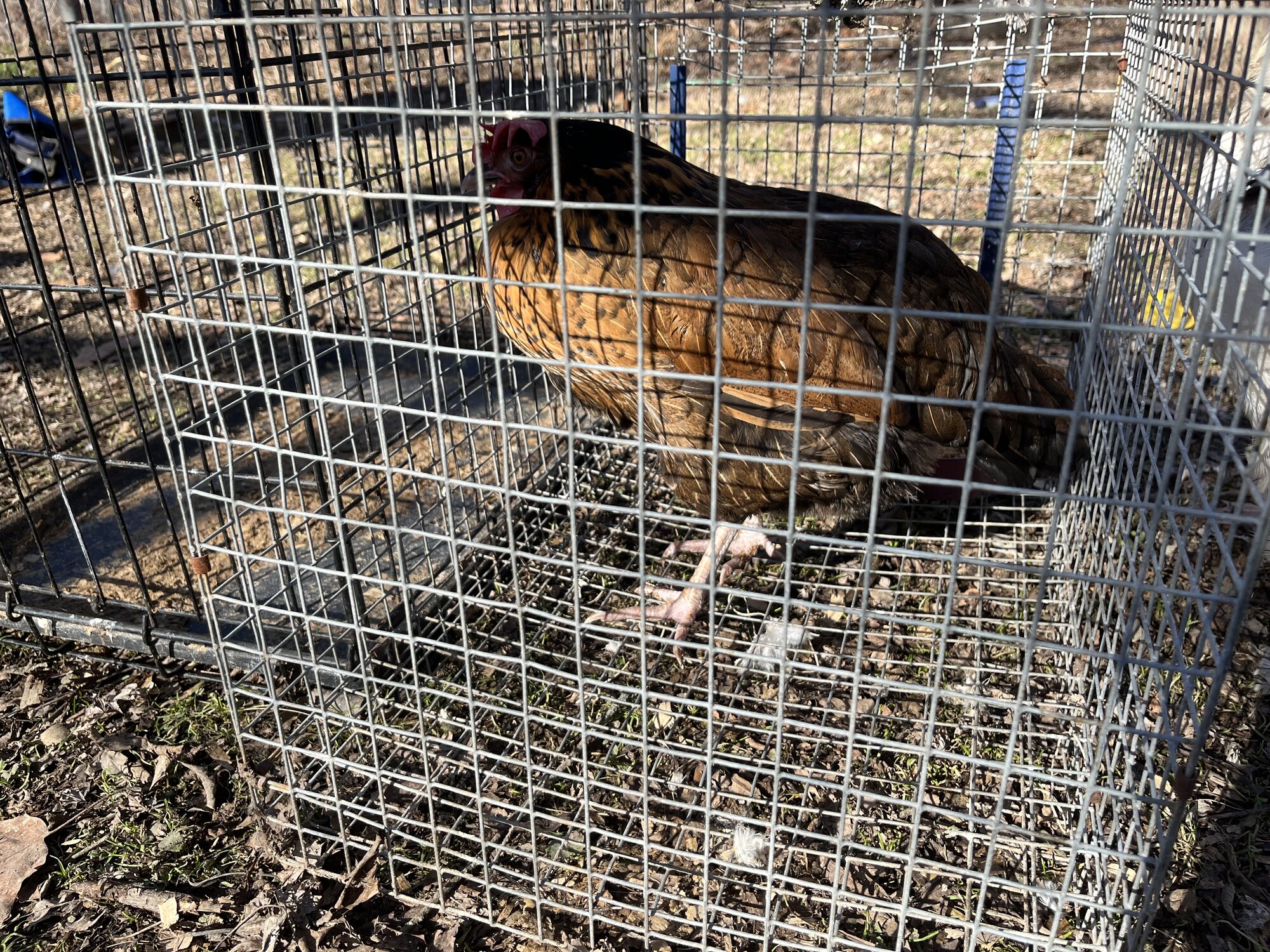 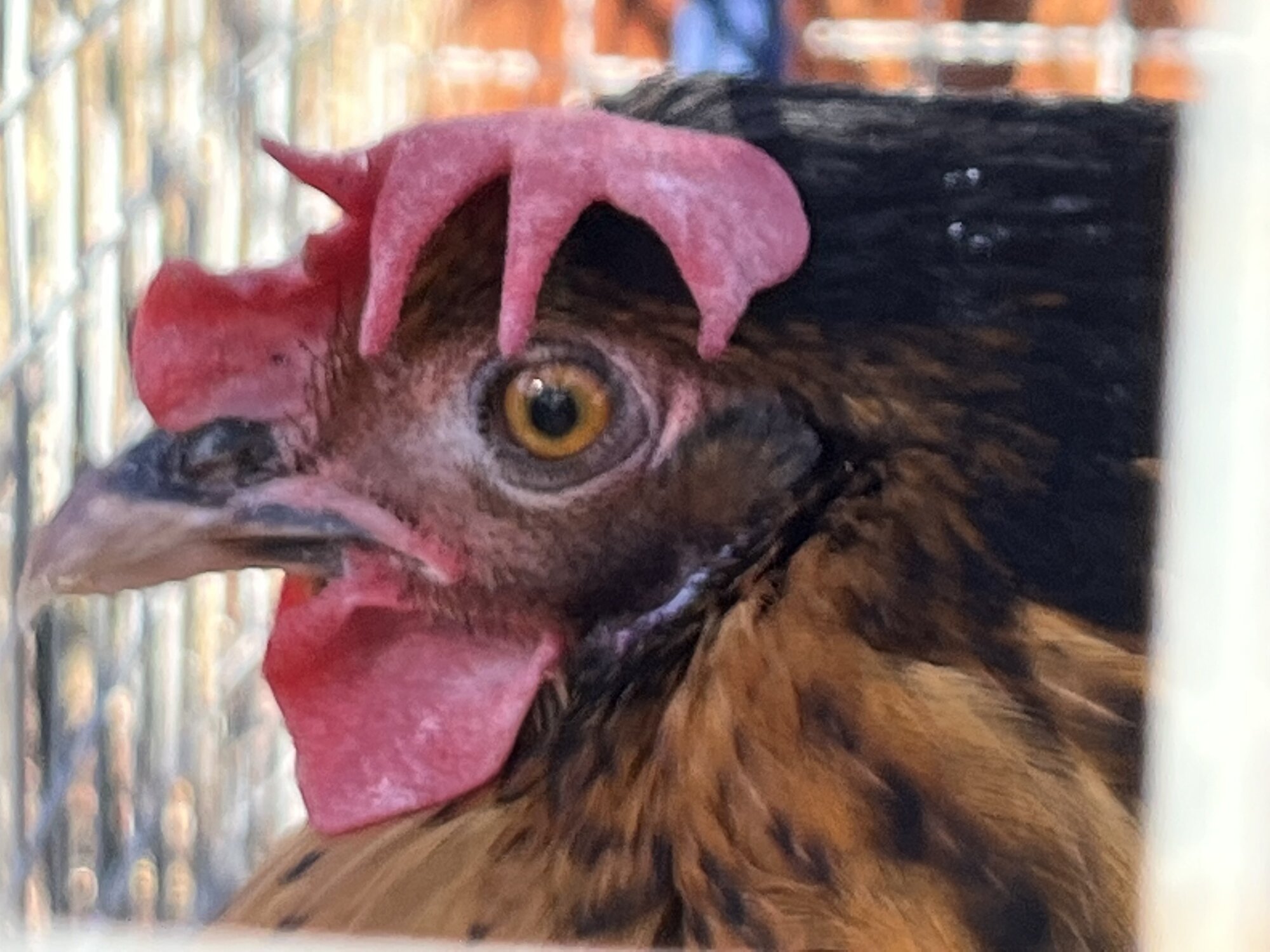 Ruling out a crop disorder leaves reproductive issues. Has she been laying? When was the last time? Any issues with shell quality? Is there any discharge from her vent wetting her butt feathers? Do you feel or see any swelling below the vent?

I don’t know if she’s laying. Her vent looks moist but her poo kinda looks green. I didn’t see anything leaking out. She doesn’t feel swollen but her abdomen area is the only area that really has any meat on it. Her breast area is very skinny in comparison. Here are some pictures I just took. 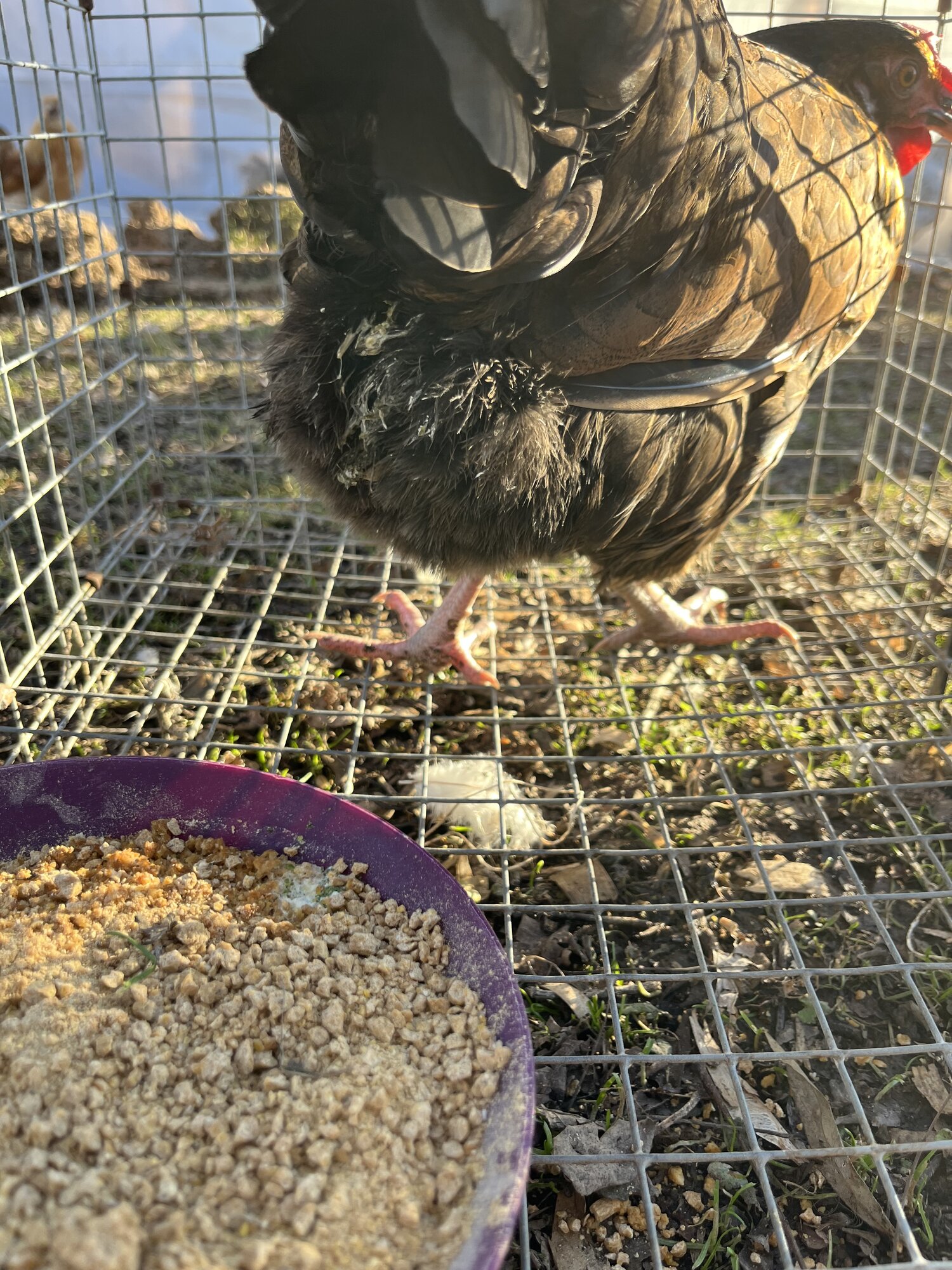 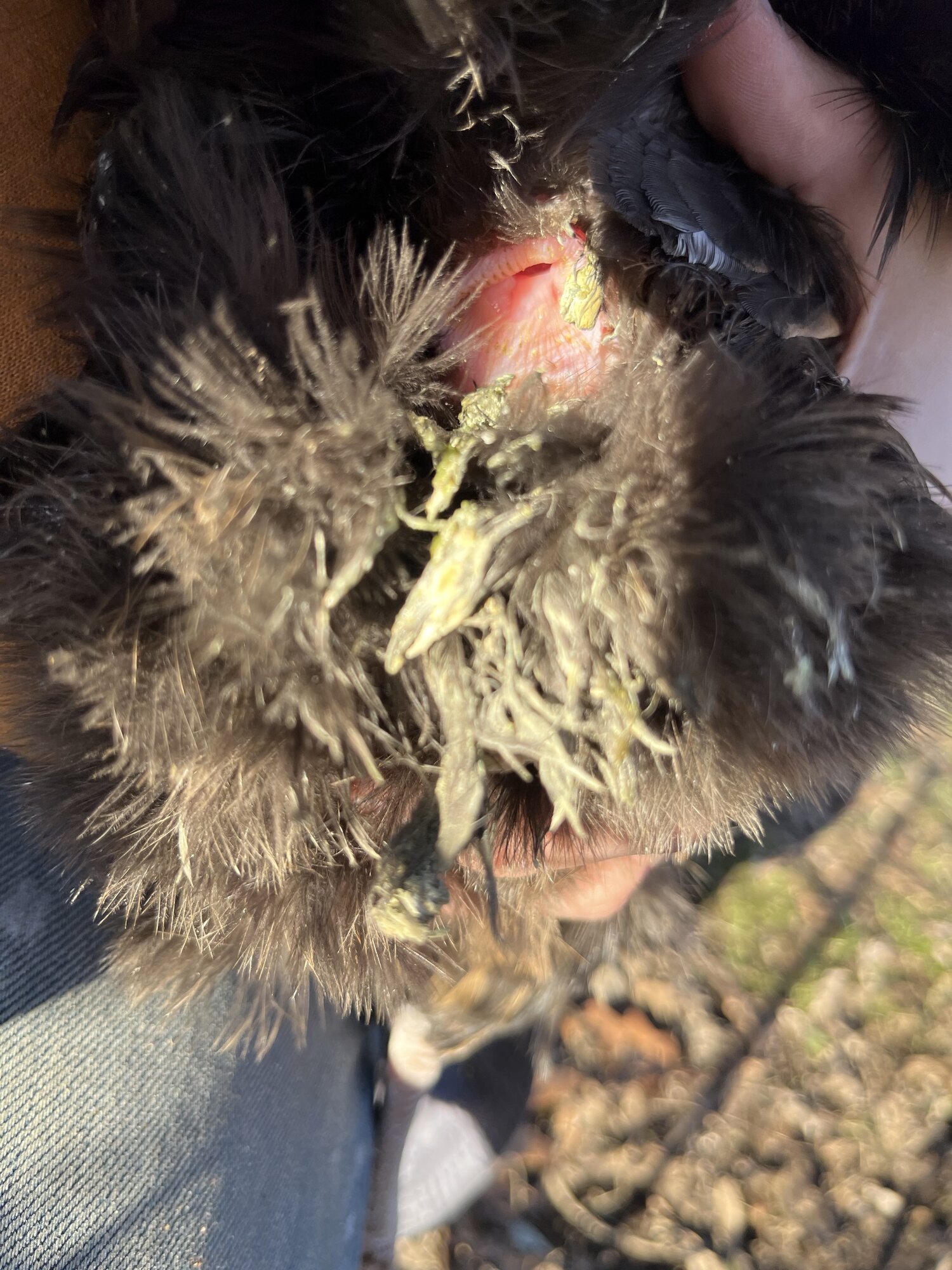 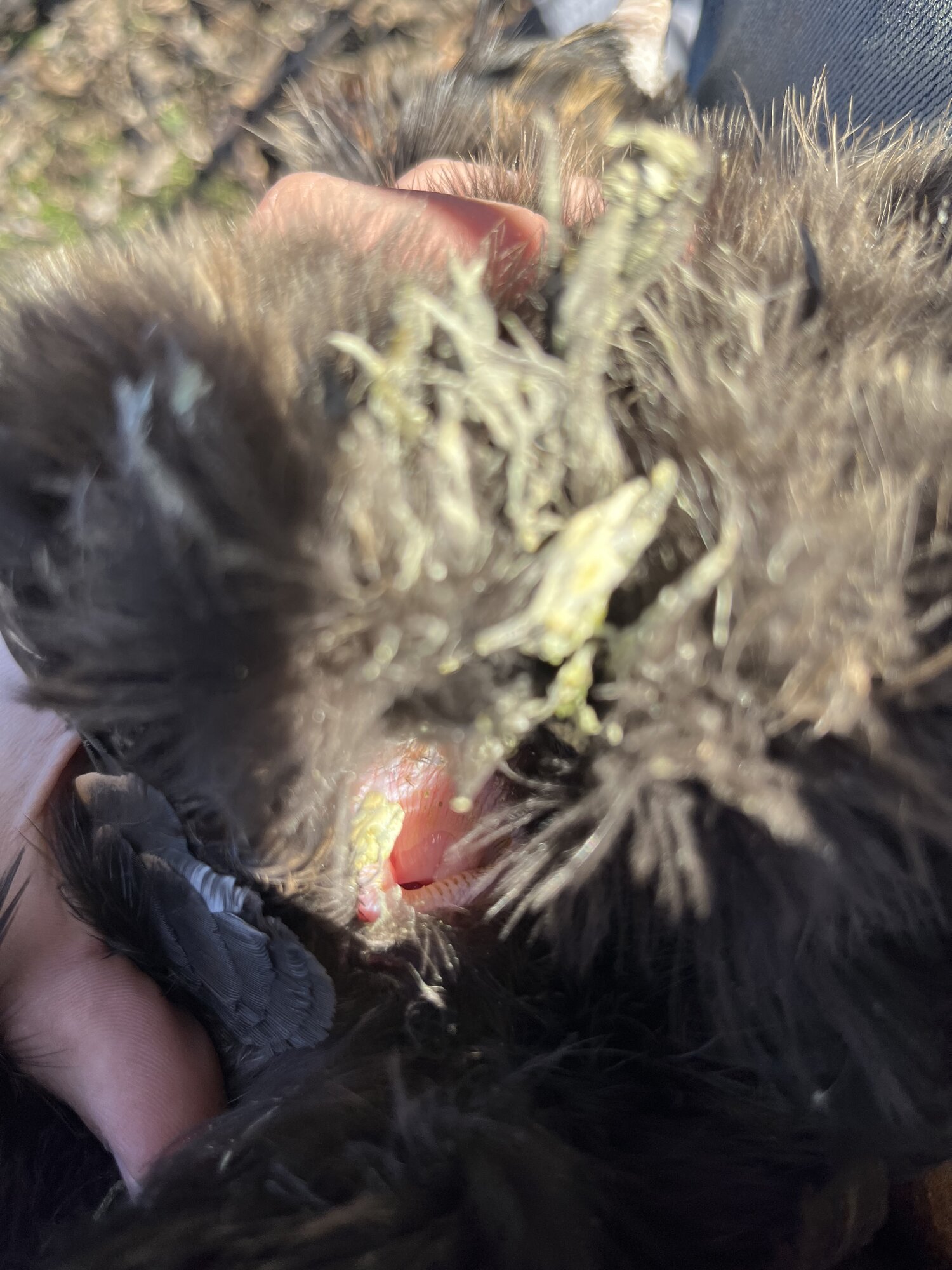 Iluveggers said:
Maybe coccidosis if she isn’t eating well and resting a lot…with the greenish poo too…
Click to expand...

She isn’t sleeping. Just sitting. I guess that’s the same as resting. I can treat her and everyone for coccidiosis. I treated them at the beginning of spring with a small dose because I added some new chickens to the flock.

You also have to consider worms. All those symptoms are worm related as well as the other suggestions.

Banana01 said:
You also have to consider worms. All those symptoms are worm related as well as the other suggestions.
Click to expand...

I was thinking of worming everyone since I haven’t done it at all but I haven’t seen any signs of worms. And I’ve read there’s no such thing as preventative worming. That the only way to know if a chicken has worms is if you see them. I’ve only been keeping chickens for a year so I have no idea about worms.

Smileybans said:
I was thinking of worming everyone since I haven’t done it at all but I haven’t seen any signs of worms. And I’ve read there’s no such thing as preventative worming. That the only way to know if a chicken has worms is if you see them. I’ve only been keeping chickens for a year so I have no idea about worms.
Click to expand...

You dont have to worm everyone. My flock is too large and spread out to worm them all. But when you have a chicken that has these symptoms, you can either do a fecal float test, or just give the antiworm medicine. After giving the medicine, you will be able to see dead worms in their droppings or not.

Your hen is already sick so you have to start treating the likely problems with medicines to see if something will work. If she doesnt respond to the treatments, then you have to keep looking. But worms may be the easiest, it is for me but my chickens have worms and cocci simultaneously, so i always do the deworm first.

I started her on liquid goat safeguard today. I also added some corid to her water. I brought her inside since it’s supposed to be below freezing tonight and I’m afraid she doesn’t have enough meat to keep her warm. Inside she seems to want to move around more. She’s also interested in eating the cat food more than her own food. This was her poo today. 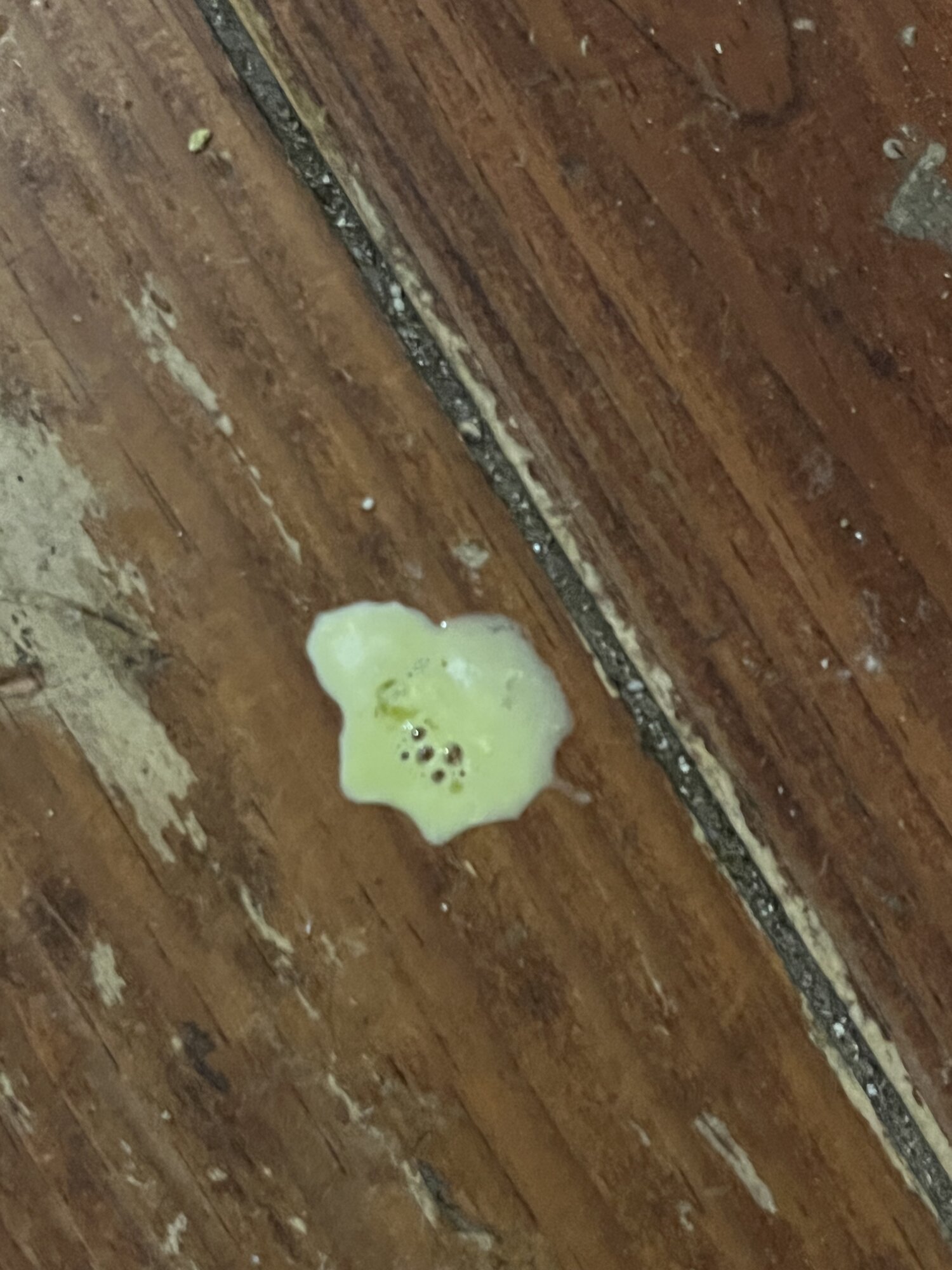 Hopefully the poo will look better tomorrow. Will she eat anything? Scrambled egg? Wet mash?

What issue to address first
2

Trampled & Skinny Pullet — Thanks for helping
2 3 4