I'm looking for a good home for a Mille Fluer D'uccle rooster.
I'm in Auburn but would be willing to transport him down the hill
to Citrus Heights. He's a sweetie but he's crowing too much for my neighbors... I was hoping to keep him but can't.
I originally bought him from the feed store as a day old chick to be a buddy for a chick I hatched that was smaller and getting picked on by the other chicks. I was hoping for a hen but got Milford.
I didnt have the heart to split them up as when I finally added them to my flock , they still slept together and hung out. But now Milford is more interested in the other hens although all my hens are twice his size! He doesnt hang with his buddy and needs some hens his size. He was born in May so he's 5 months old. I'd let him go for $8 . Are you interested in another
guinea pig? I have a male pig that I rescued named Hershey.
He's friendly, short hair, brown/black mostly. If you want him too, I'd through him in on the deal , I really would like a good home for them both 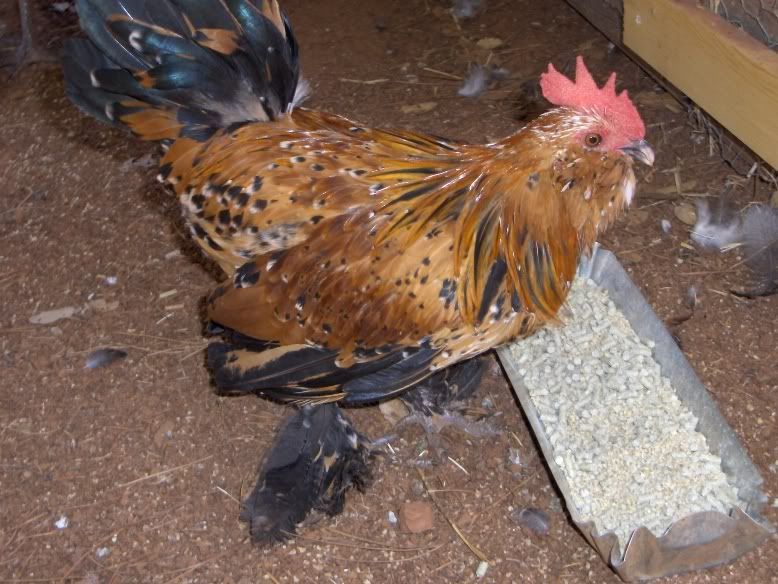 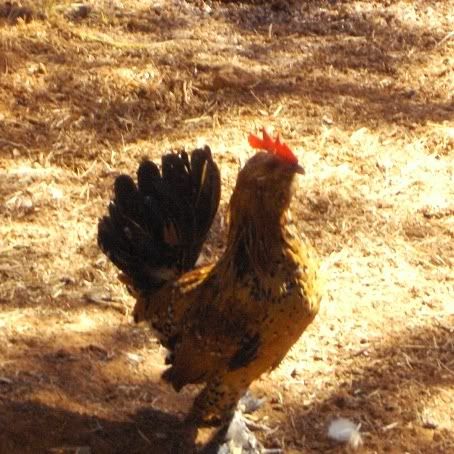 Nancy
You must log in or register to reply here.