Today we woke to find our old friend in bad shape. Buddy, my daughters 12 year old Lhasa Apso, wouldn't answer the call. He was laying in the middle of the floor alert but unable to move. I emailed my horse vet. She called me back within 15 minutes. I call her because I trust her to give me the "real deal" not the "It would best best to try....". She and I decided that he must have suffered from a mild stroke and, as she said, has a good chance to make a full recovery. She instructed me to help him eat, drink, and carry him outside in the attempt to get him to respond and begin the healing process. It has been a long day and the vet promised that she would stop in this afternoon to check on Buddy......He tried several times to get to his feet but just couldn't get the legs to listen....I made him mashed potatoes for lunch and he ate nearly 10 raw eggs as gravy but he just couldn't do it anymore....By the time the vet got here he would barely lift his head....He died in his sleep after the injection.

He was a mighty little dog, afraid of nothing. He would run with the bird dogs and never failed to jump into the truck after a workout....sometimes he slept in the next morning but he would never miss the invitation " lets go get some birds". We rescued him several years ago from"death row"...he lived his last years as the KING of our house...I hated his former owner even though I never Knew him/her....Its horribly quiet here.....We will miss his sharp little annoying bark....and he barked at everything....As I said he was my daughters dog...She is off to college and I am his babysitter...How will I tell her?
Please everyone go to the shelter and get a dog...You could end up with a Buddy....You could hardly do better.... 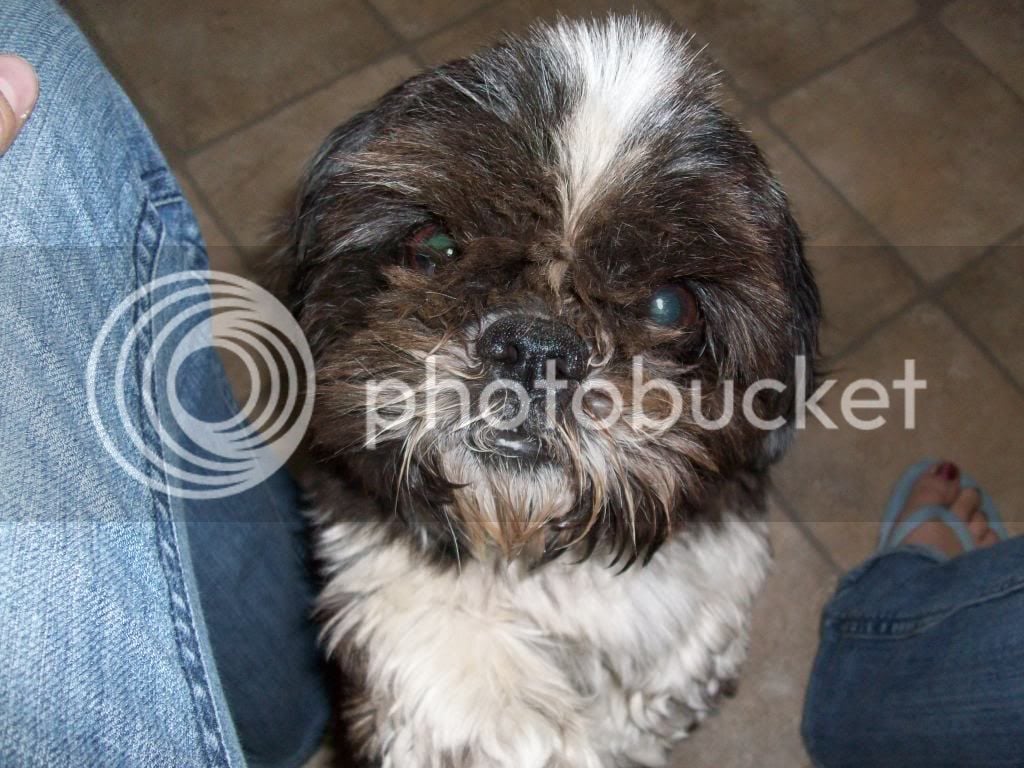 please ignore his haircut...He would only let me trim him and I'm not so good with the horse clippers

So sorry for your loss.
Safe passage dear friend.

I am so sorry for your loss. You did a great thing, rescuing him, and he was a beautiful dog! The picture at the end gave me a lump in my throat, he was a really beautiful dog.

I am sorry! Losing a beloved pet is never easy!

So sorry to hear of your family's loss. Know that he's always with you - At least that's what I believe. I'm sure I have several old friends that continue to watch over our yard.

Soooo sorry to hear about your loss. Rest assured he has not gone. Now he is looking over you. Repaying the love and happiness he shared with his beloved family. He is a beautiful, gentle soul.

Im so sorry for your hurt.. I always say "never again" but always do it again,,, go rescue just one more friend.. They are so dear, and give so much.. Bless you for his happy life. Lucky little dog to have had you..

Awww, I'm so sorry! We've got a little black lhasa and he too is KING of this house. German shepherds in tiny bodies!! I don't know what we'd do without him. I truly am sorry-God bless you and your family.

P
There’s a bitch in my backyard