I made this thread in memory of my little chick, Tyson, who was killed by my sisters puppy 4 months ago.

So 7 years ago we got got 18 little chicks, of them only 4 remain. One of these hens never really layed and would always go broody. We never let her hatch any eggs because when we let her try other hens would kick her out of the nest. Finaly she sat o eggs to long for us to take them, so we let her have the three. Nineteen days later one hatched, no other eggs hatched. This hen, Orangey was the best mother she could be.

At about 1.5 months old i let Tyson and Orangey out of the solitary pen. All was going well until Tyson learned he had wings. Every day him and Orangey would fly out of the pen and eat tomatos. I put off cutting there wings until one day i went out to do so and could not find them. I looked and looked but could not find them, so i went in side. I was sitting in my living room watching tv, wen out of my eye i saw my sister darting after her dog. I turn to see what is going on and tyson is laying on the ground in front of the dog. I sprang up and ran out side. i picked him up he was shaking franticly. i tried to stop his bleeding but could not. I looked into his eye then he stopped, he lay motionles in my hands. I wiped my tear soaked face and layed in the grass crying for several minutes

. My sister came over to apologize but i did not want to hear it.

I went to the edge of the corn feild and barried the body. I stayed there and cryed until my sister came and took me to mass. when i got home my sisters dog ran to the car, she had left her out side. I went to the grave to build a cross when i heard my sister yelling at the dog. i went to see what was happening. The mother hen was in my sisters arms, bleeding. All the anger that was building up over the past few hours erupted.

I started screaming at the dog. I took my hen and washed her wounds with hydragon proxcide. The next morning my sister informed me that her dog had gotten into the hydragon poroxcide that i had left on a table and puked. I felt both pride and guilt. Over the next 2 weeks the dog went on to kill one hen and injure one more.

This is the story of Tyson her are some pics taken two days before his death. A long while ago (2 yrs?), I had a barred rock hen, her name was Dutchess, she was so friendly she would come up to you to be petted. There was a wild fire in the mountains by our house so the coyote packs came to our neighborhood aparently - I was outside with my chickens and went inside to get them a treat when my mom started to freak out, she was having coffee on the porch, and I ran outside and there was a coyote that grabbed my hen before my eyes! I had shoes on and ran as fast as I could across our three acres after the murderer coyote until I reached the fence where I lost my hen and him. But I know she didn't suffer, she had passed away when he, the morning coyote grabbed her.

(its okay, this is a sad part of life, it happens and she's in the sky now (heaven))
This was her: 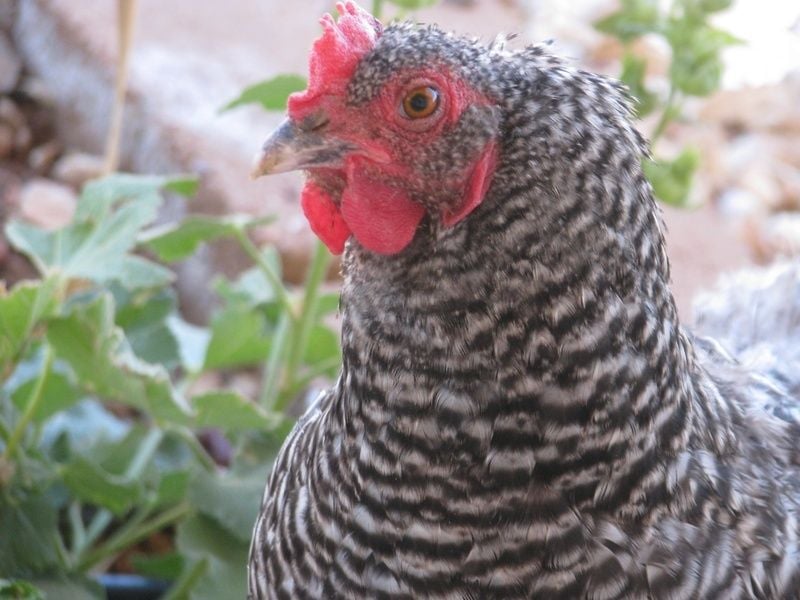 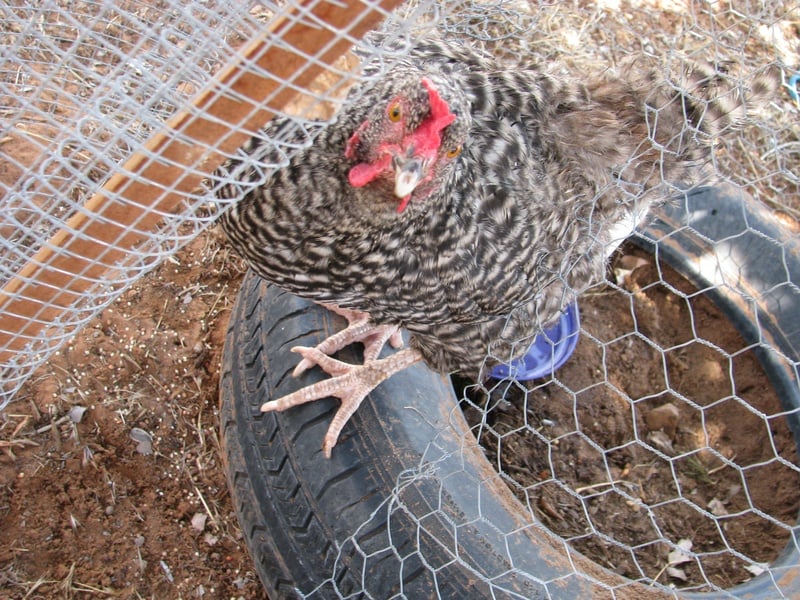 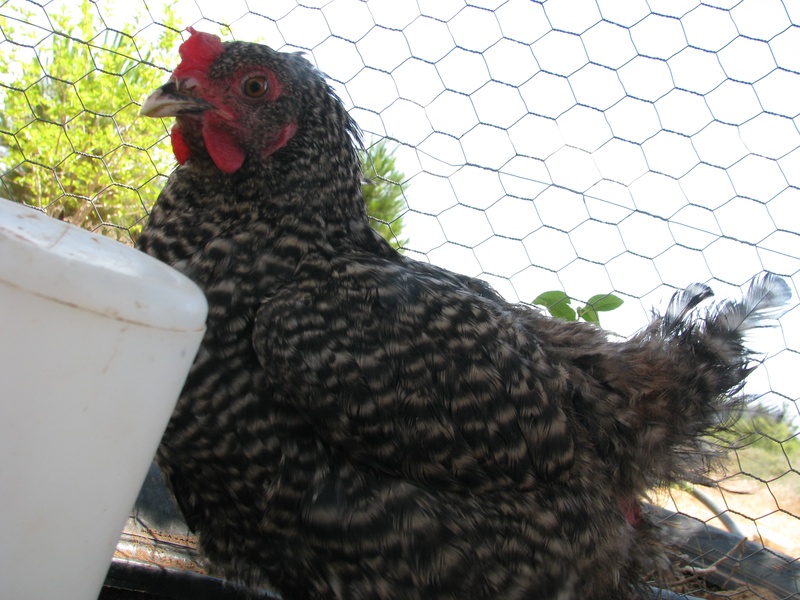 Aww im sorry, its always the sweetest that get nabbed. Thanks for sharing.

Morse Code was an independent chick. She got the name Morse Code because she liked to peck vertical surfaces. At night when all the other chicks were resting, you'd hear her: peck, peck, peck, peck. At times you'd swear she was tapping out signals to an unknown creature. She was the silly one Where ever she perched, she would peck. The ladder... Do not disturb her while she is pecking the wall! She grew into a lovely pullet. She passed away last month from complications of heavy metal poisoning. She survived the first treatment and did very well for several months. However, I did not opt to treat her the second time and allowed her to pass with dignity. She is buried deep and her memory will always be with me.

im sorry she sounded sweet. What i hope to do is hatch sme eggs come spring so that i can have a blood desndant of eat chicken even after they pass.

My adoptive dog is scared of my baby chick!

My little rookie and tallah
2