I have a Red Star with white milky diarrhea - she is the only one in my flock that is sick. It has been over a month. She seems fine otherwise - eats and drinks well, perky, gregarious, active. I googled pictures of chicken poop and the one that looks like hers ("What's the Scoop on Chicken Poop?" said "severe case of egg yolk peritonitis" which doesn't seem accurate). I wash her behind regularly to clean her up but I am wondering if I should try an antibiotic.
If it were worms, would I see "evidence" in her poop. and wouldn't the others have worms too and also have diarrhea..?

I'd like to re-open this thread, since our 2 year old PBR has been having the same white milky diarrhea (mostly in morning) for over 6 weeks now.

It started exactly on the first day of her molt. We thought she was just adapting to the molt. When it didn't get better after 2 weeks, we gave the entire flock Corid for 5 days at the treatment dose. No visible improvement.

About 2 weeks later, we gave Valbazen at 0.5cc orally to the whole flock, as well as pro-biotics in their mash and electrolytes in their water (on and off). I noticed little rice-like bits in her poop after a few days (pic below). Could be a sign of worms, but could also have been undigested seeds. Her poop started to get more solid 5 days after Valbazen, but then got wet again. Ricey bits went away. 10 days after the first dose, we gave another dose of valbazen. That was 4 days ago.

Her night time poops are brown and have gotten less splotchy (pic below), but still semi-solid. Every morning she lets out a big dose of white milky diarrhea (pic below). Throughout the day, her poops are very wet, sometimes brownish, sometimes whitish. Also, her eyes have been quite droopy, like she's just tired of this, but no discharge from eyes, nose or ears. No coughing or wheezing either. Comb is pale. She lost a lot of weight, but seems to be gaining some of it back slowly. She eats and drinks a lot, and seems to have enough energy to run around with the others. She recently started losing feathers again, but not nearly as many as the first time 6 weeks ago.

Any suggestions would be very much appreciated! 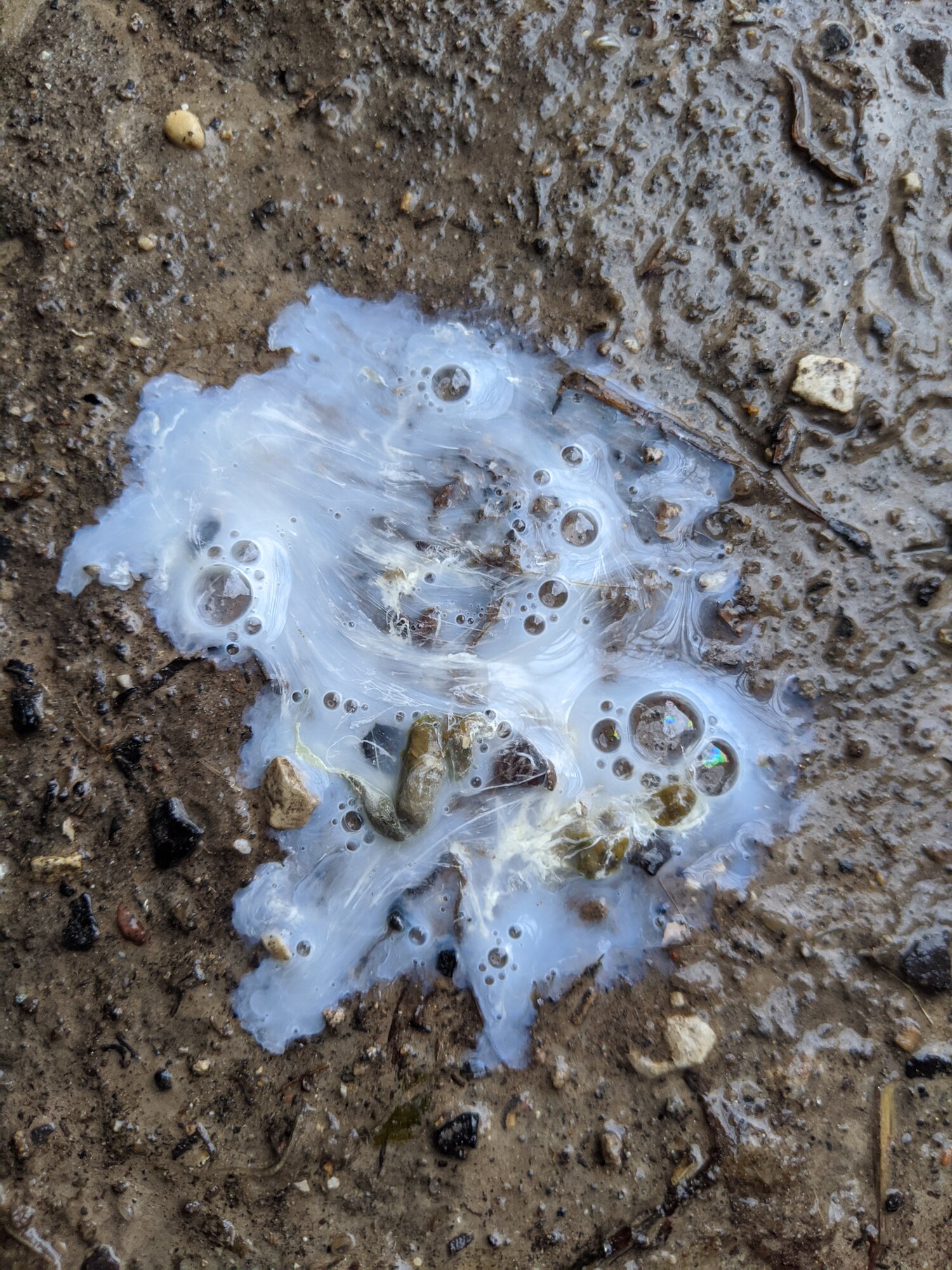 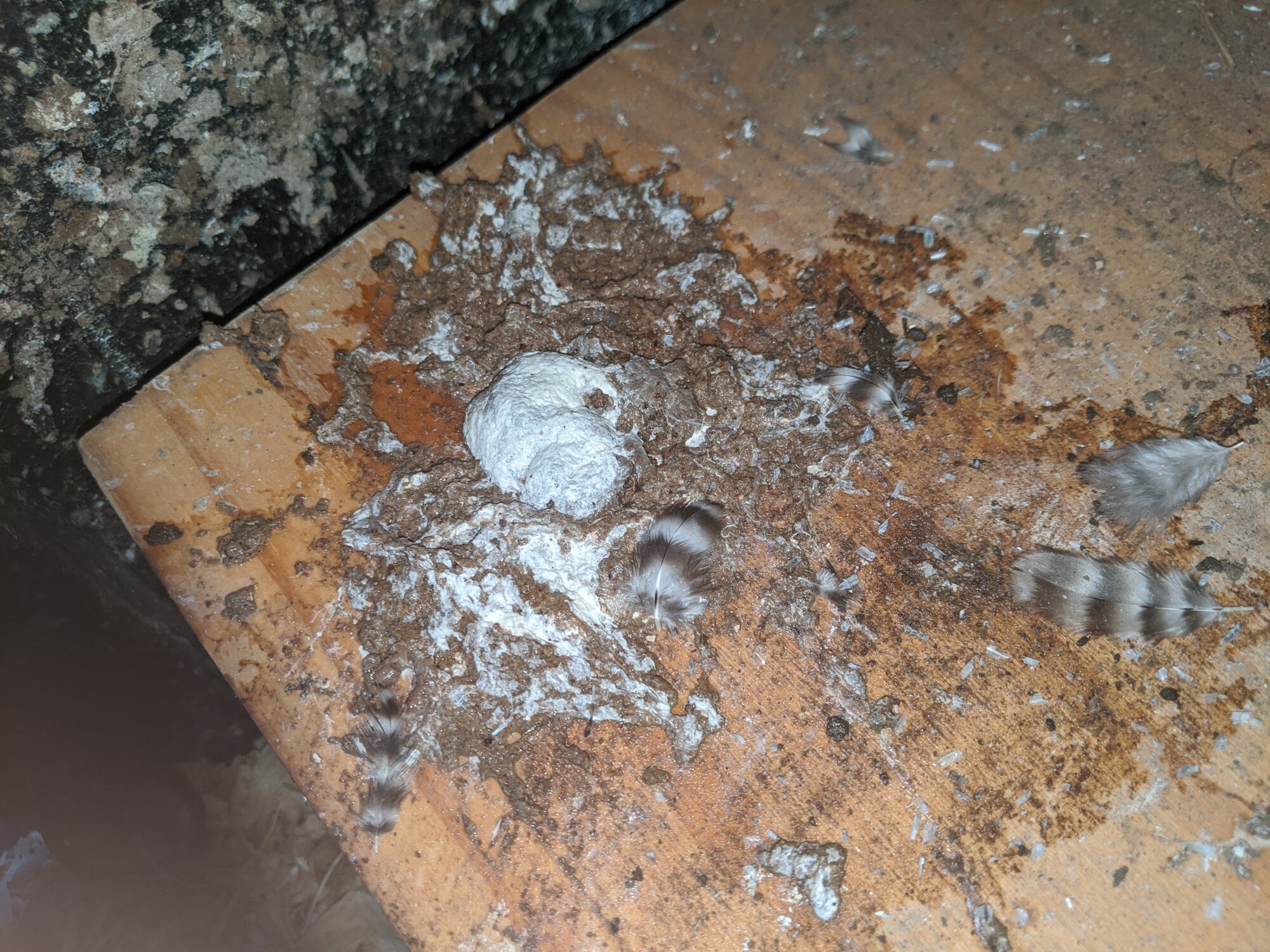 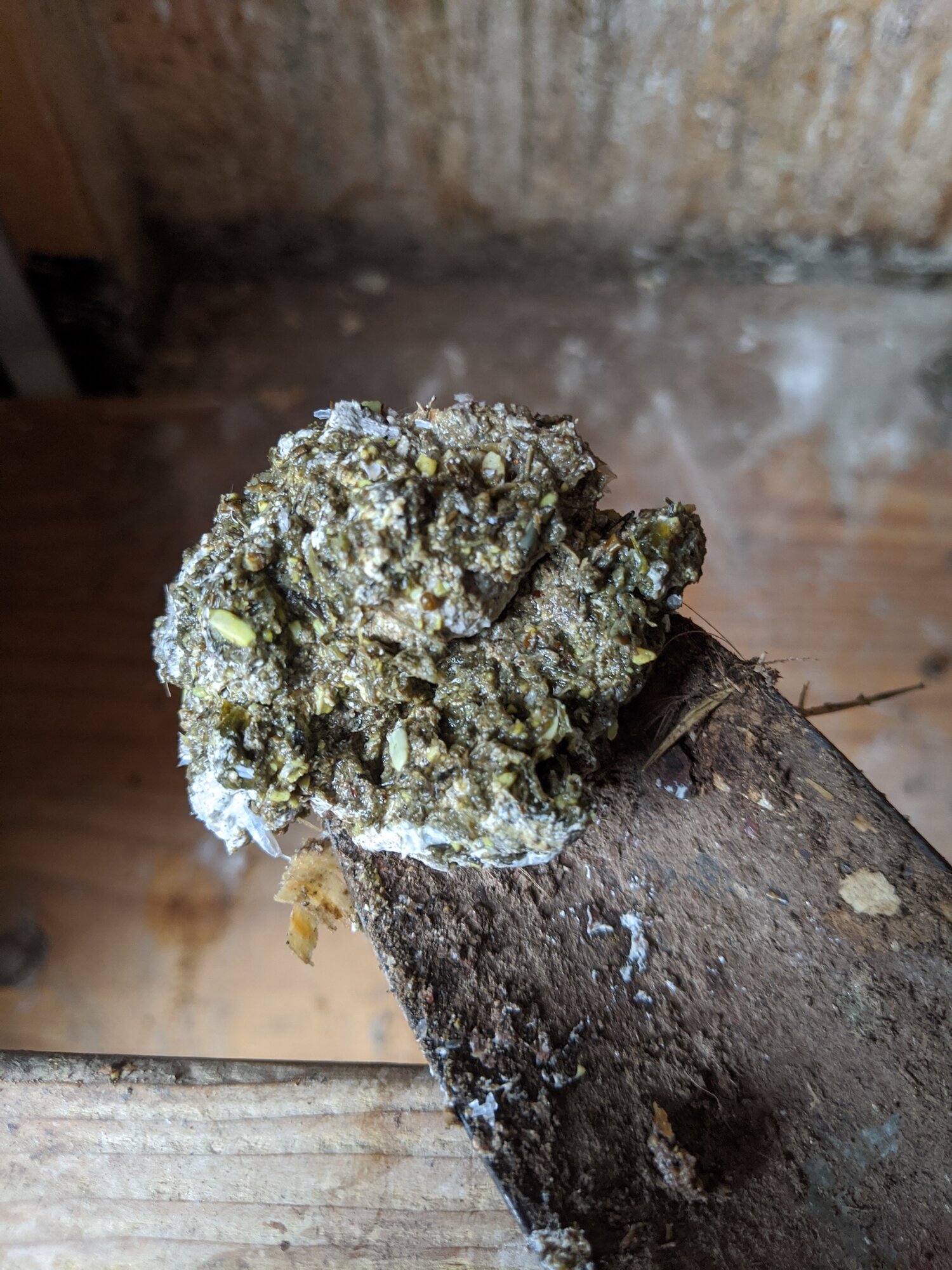 The vet did a fecal float just to be sure there was nothing funky. Nothing irregular.

We're considering giving Ruth oxytetracycline injections, in case it's Salmonella, but it's a shot in the dark. Should we hold off? Any other treatments we can try? She's had really bad diarrhea for 7 weeks now. I don't know how much longer she will last. I'm also worried that postponing treatment can cause irreparable damage.