One of my eight girls has a dark red face and a swollen eye. She doesn’t have any nasal discharge, no sneezing, no lethargy, and she laid an egg today. She’s her normal spunky self, except for the swelling and red face. She’s eating and drinking normally and went out in the yard with the rest of the girls twice today. She took a dust bath like normal too.

Oh yeah, she’s in the midst of her first adult molt! She was hatched on 16 July 2018. No health problems until this.

She’s had the red face (and what looks like a little blood on her comb) for two days now. Her comb and wattles are not swollen, just her face - especially around her eyes. In fact, it looks like she has a shiner! I’ve not noticed her shaking her head or scratching more than normal.

Yesterday, I thought it was the cockerel who was getting pissy with her (she fights back like a street fighter). Or maybe one of the other girls was pulling out her new feathers coming in on her face and neck. Now I’m hoping it’s mosquitoes. The little bastards are an absolute misery this week. My hubby is literally covered with bites and I’ve got bites all over too, even inside my boots!

Is it possible that, like my hubby, she’s really sensitive to mosquito bites?? 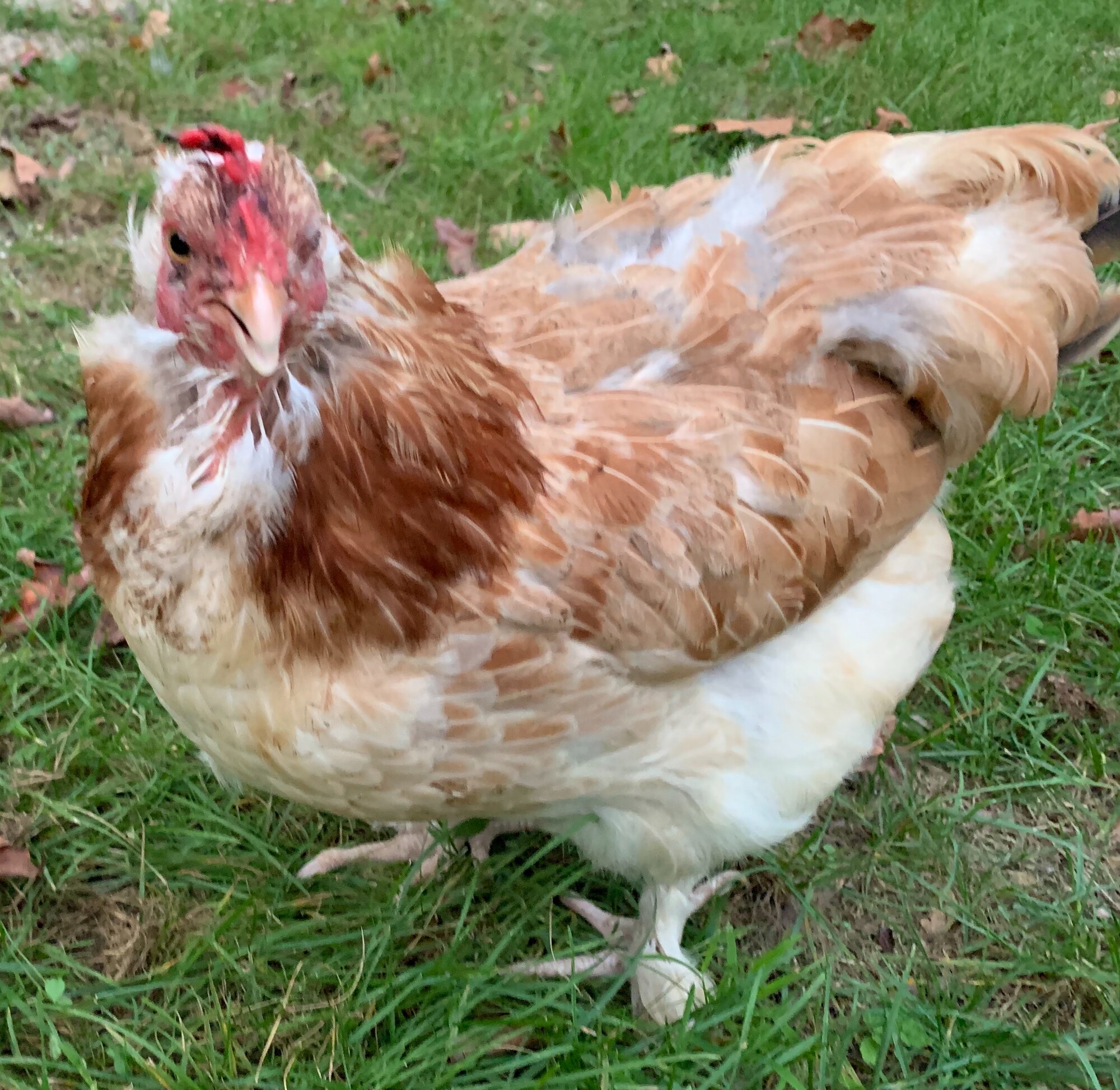 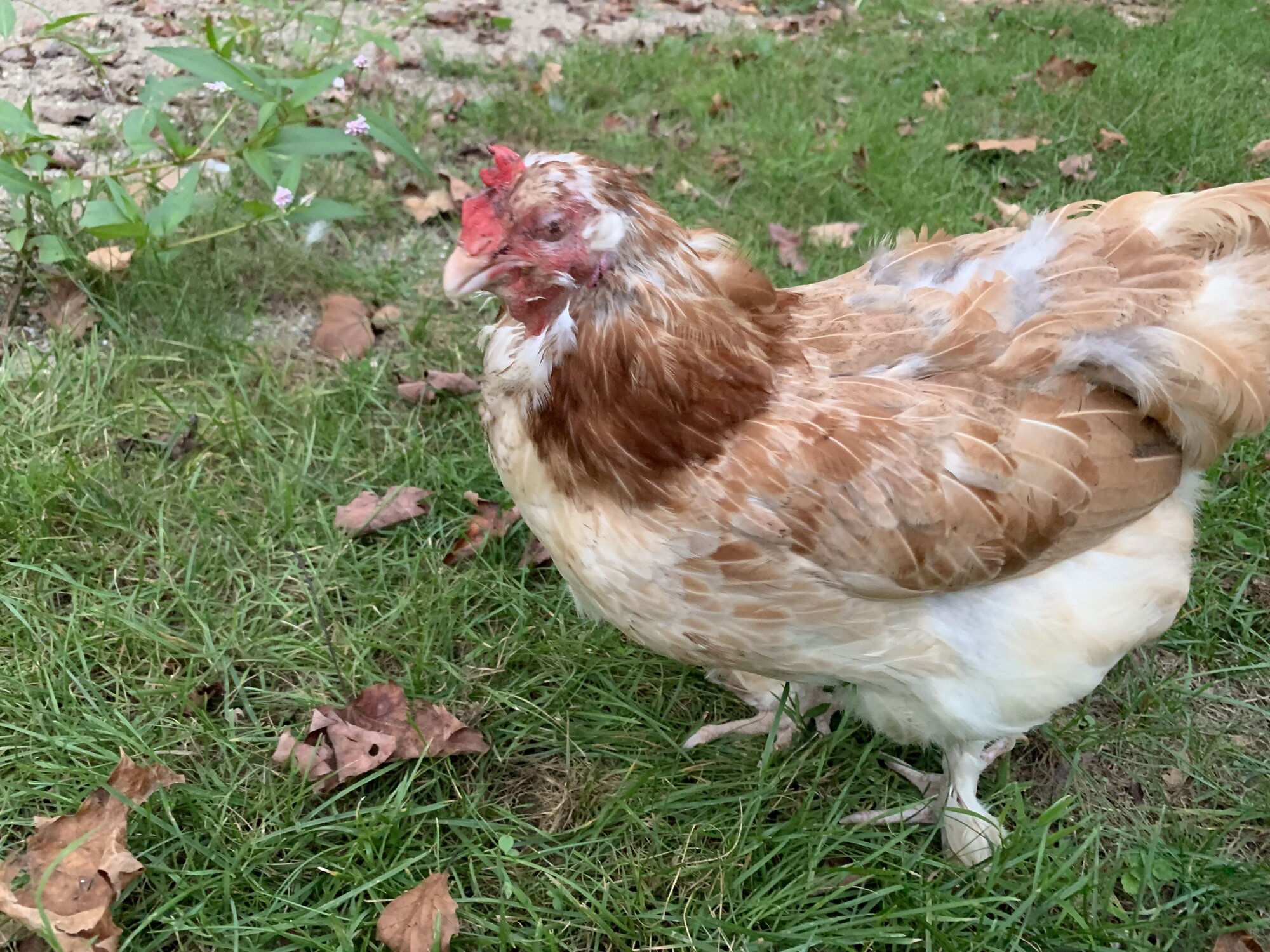 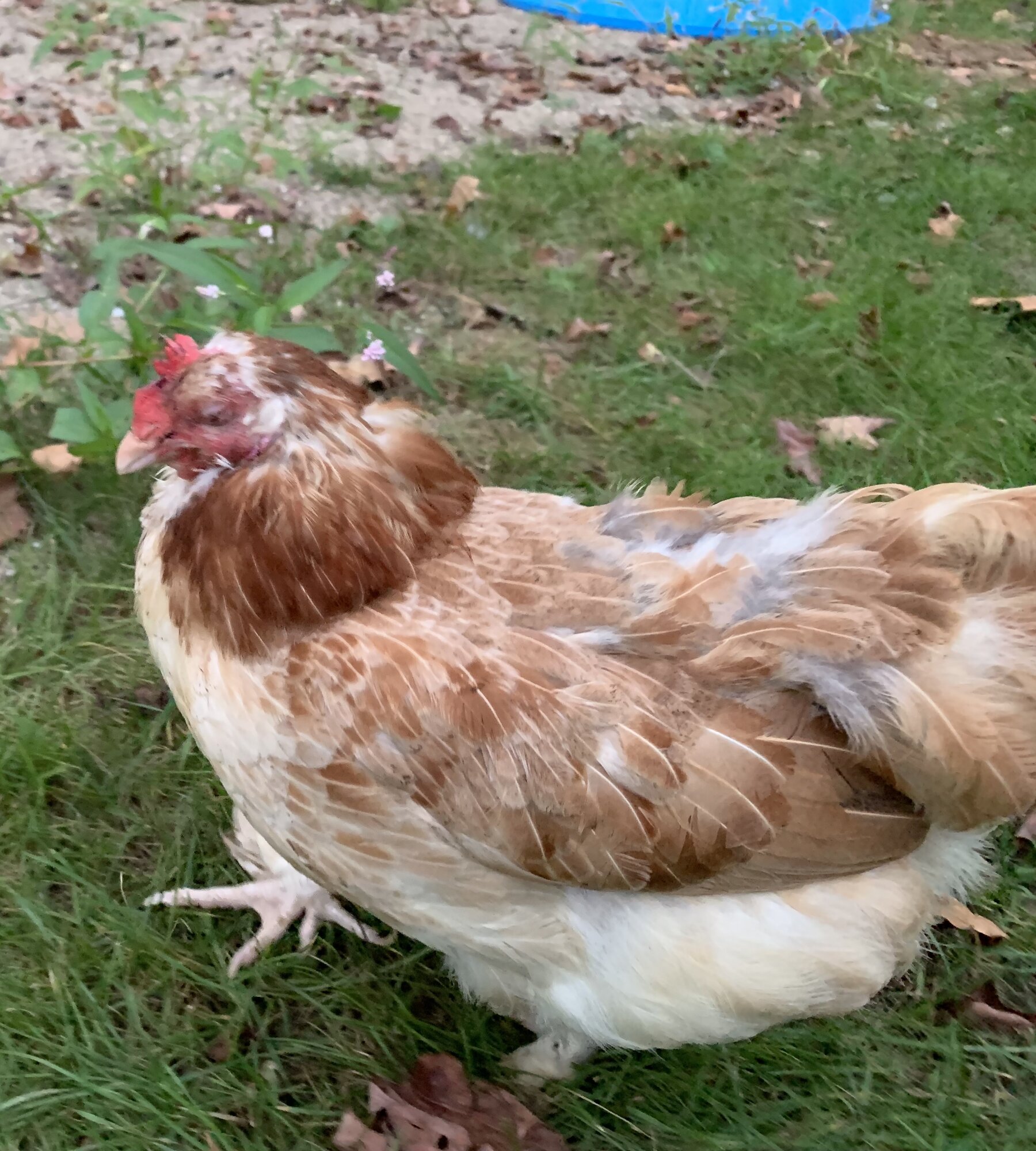 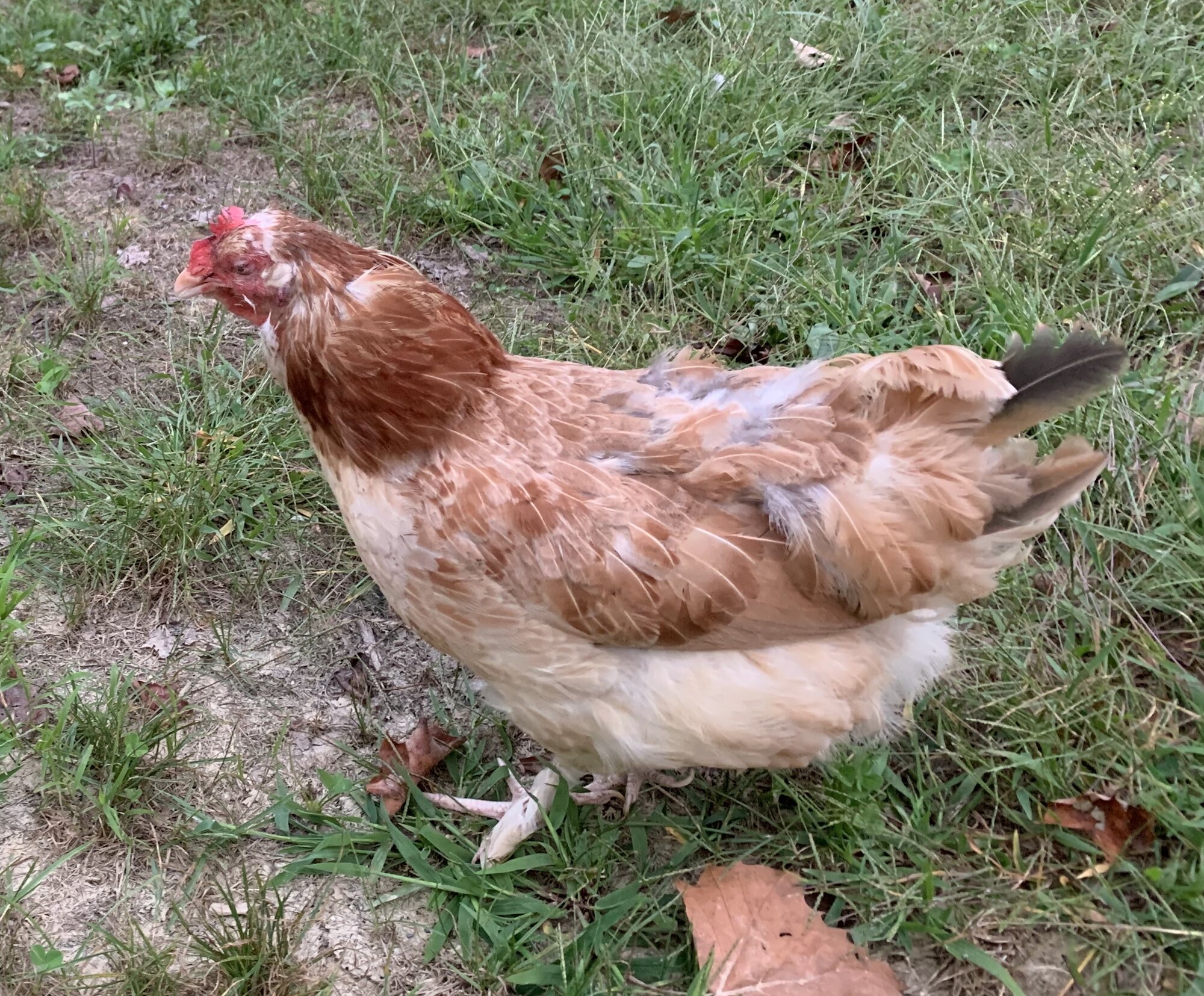 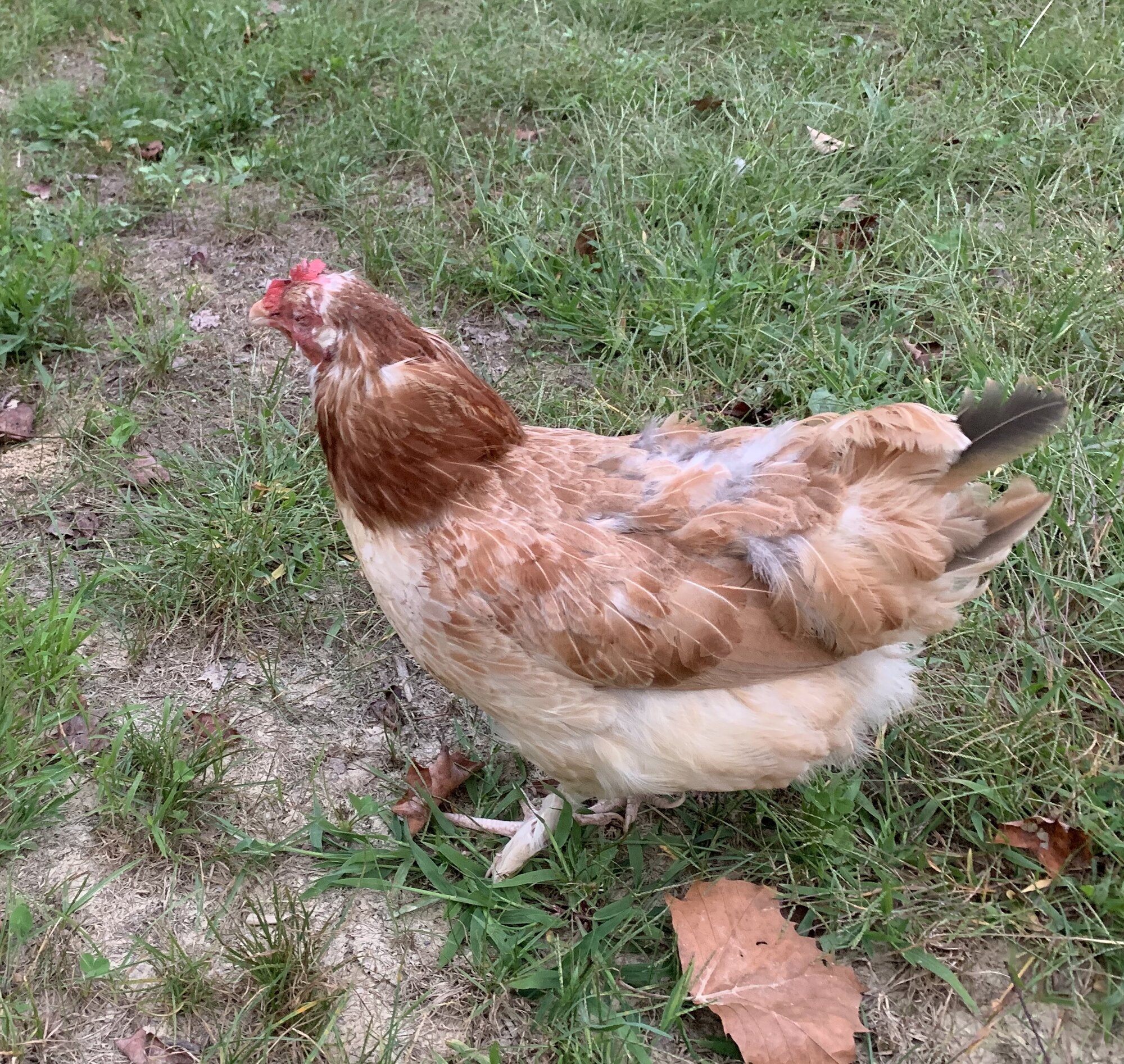 She doesn't look like she's molting to me. Molting birds most often don't lay during molt, though it is possible.

Those don't look like mosquito bites to me either.

While there's no sneezing and such currently.. you may still be in the early development phase with more symptoms yet to present.

Glad her behavior is normal... maybe it looks worse than it feels. Poor thing, I hope she recovers quickly and also that you get some answers!

I’m wondering if the swelling is from the other girls pulling out her pin feathers around her face and neck?

She’s still pooping normally, eating and drinking normally, and is her normal, vocal, bossy little self... Here are some pics from today. I think I see divets where a feather used to be and maybe a scratched mosquito bite. 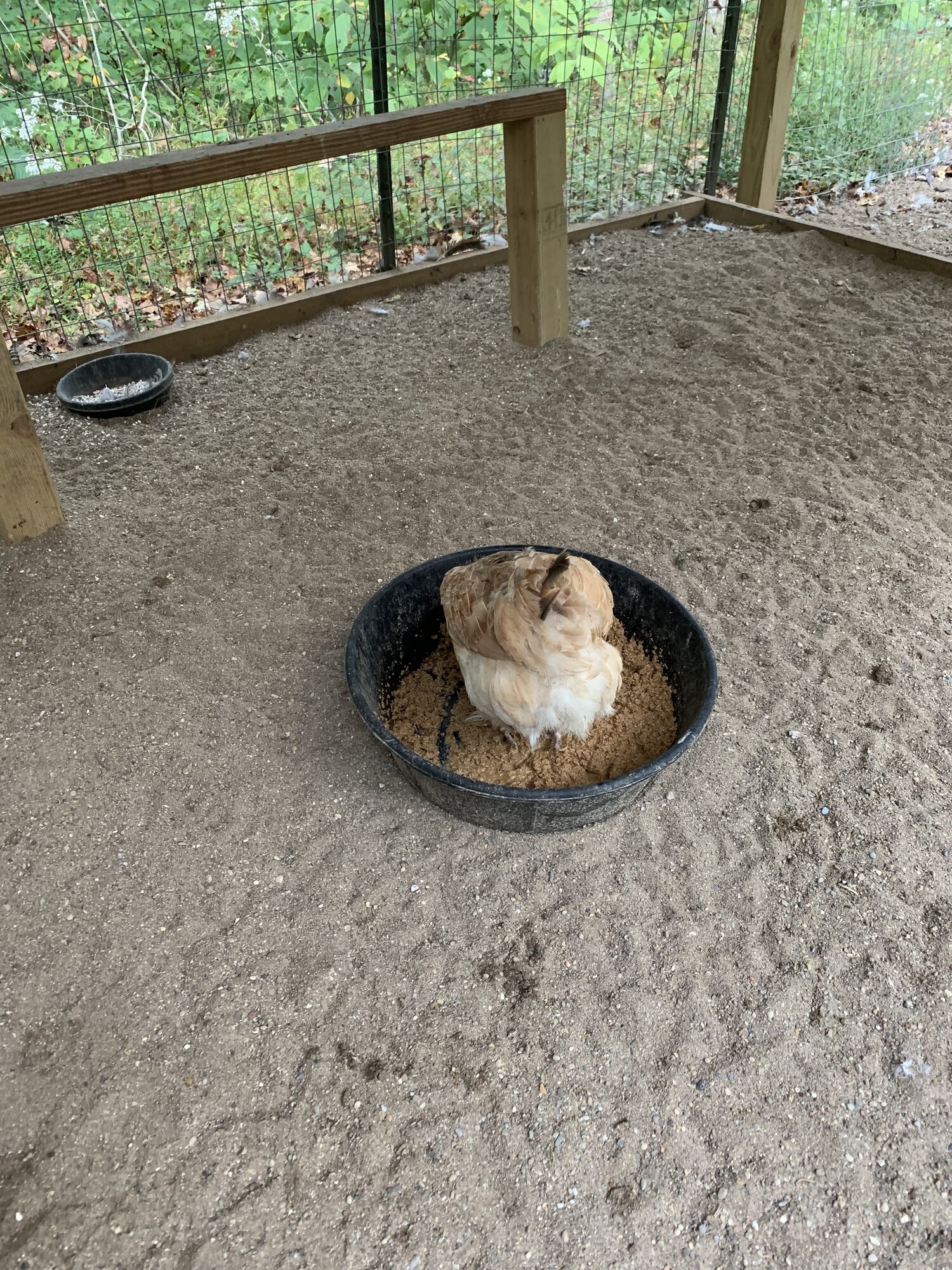 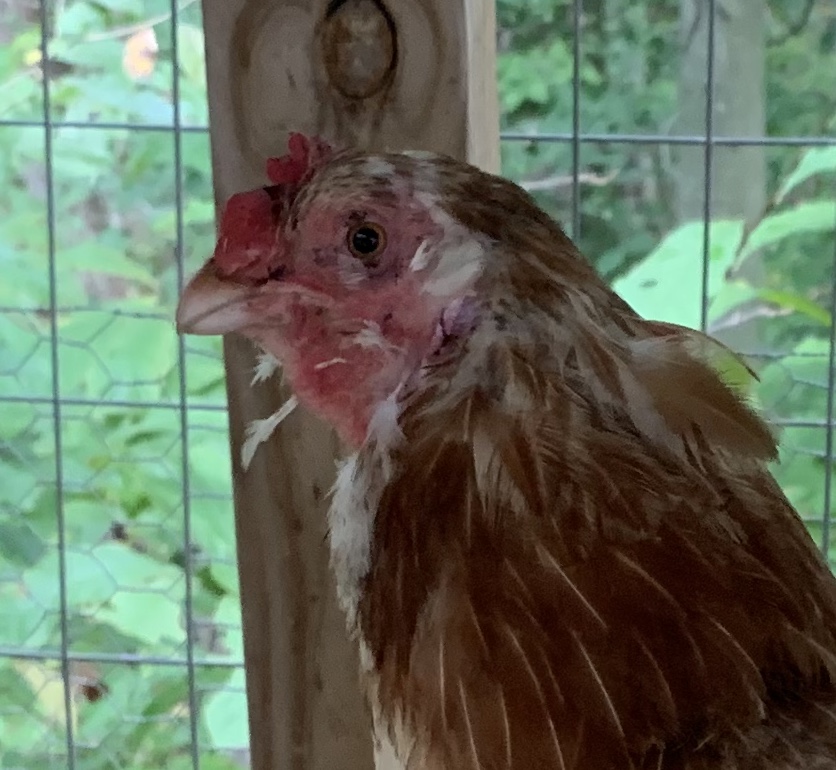 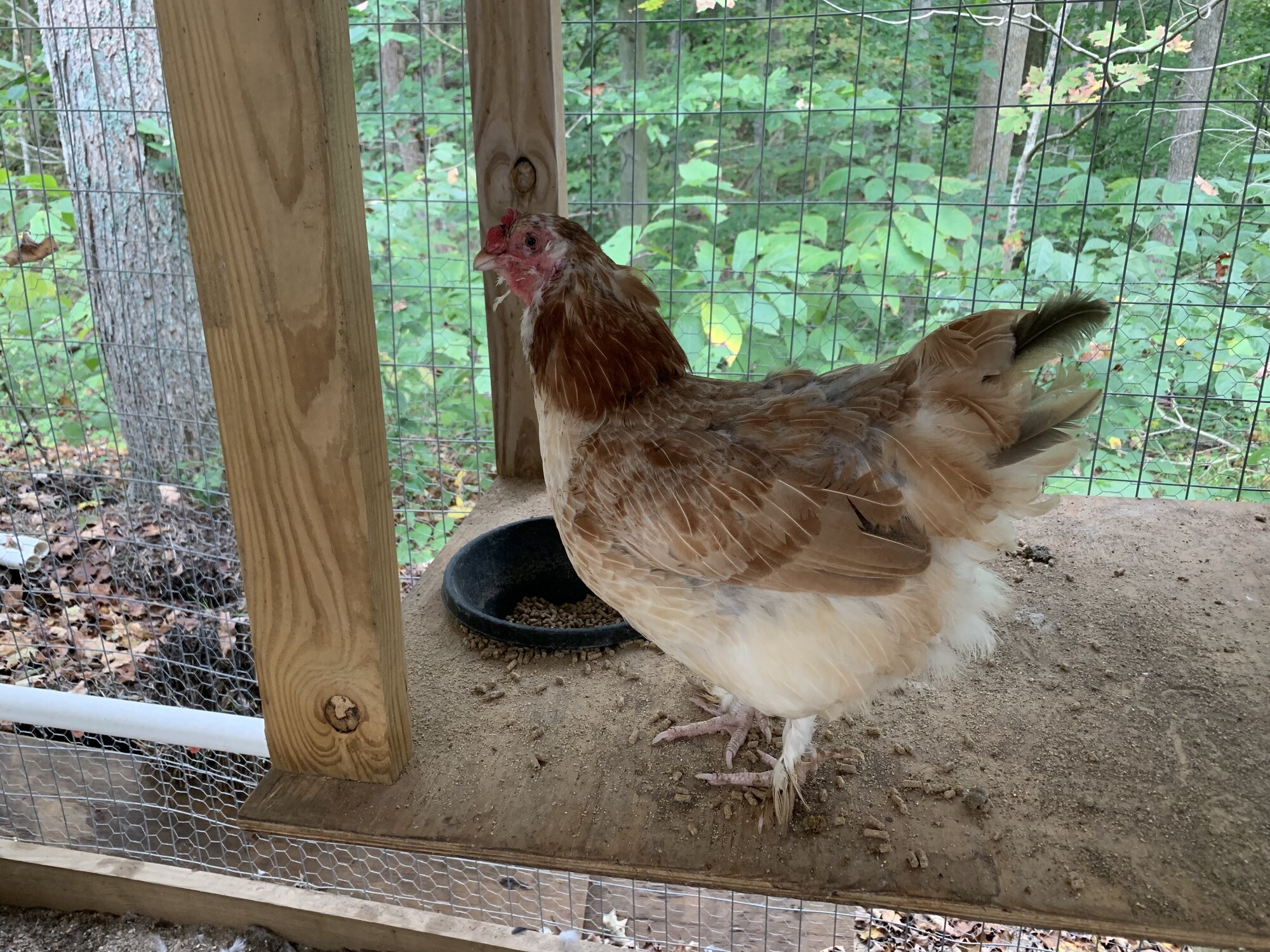 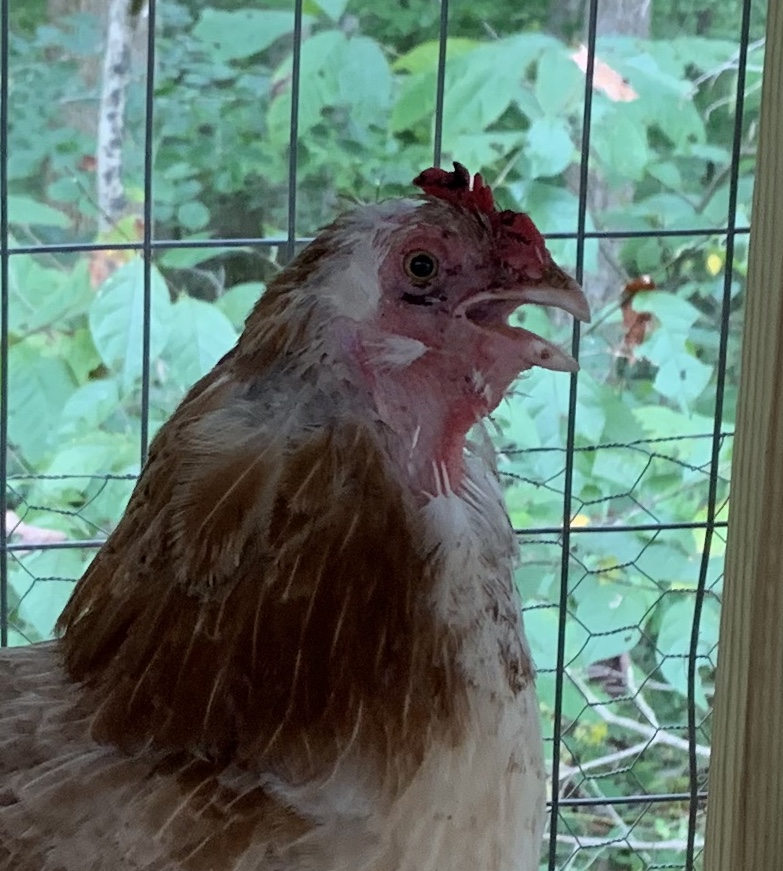 Oh wow, is it just me or is she looking better already?

That does look like blood on the comb from a possible brawl (with the cockerel). And I have seen roosters get swollen eyes after a fight, but was an easy diagnosis since I saw the cause.

Missing or broken feathers may not grow back in until she does molt.

I would consider checking for parasites (mites/lice) after dark with a flashlight, parting feathers just below the vent and on the abdomen and look for things running away or "dirt clumps" stuck to feather bases. This is the easiest time to get the clearest picture on this aspect. Take note if the skin if flesh colored or angry red.

I know she and the cockerel got into it pretty good a few days ago. (He has since moved on to a larger flock.) He would try to mate with her or one of the other girls and the rest of the flock would come running to shove him off of whoever was the “lucky lady of the moment.” Butterfly and Elvira (his mom) were the only ones to really fight with him and Butterfly was the only one to fight him with her feet and grab at his wattles and comb. He did the same with her and they both drew a little blood during the last fight. I’m pretty sure that’s where her shiner came from...

Oh, she will hop right up on my lap, so I keep a pretty close eye out for mites and lice. No one has had them yet.

Help! Crust on feathers over eyes?