I've kept ducks for years, but this is my first time hatching out muscovies. This particular mama is setting on 17 eggs. So far I have counted 6 heads. My other broody mama's eggs should start hatching out today or tomorrow as well. She only has 6 eggs. I thought her clutch was a week behind until I candled them about a week ago. Apparently she had starting setting on them without me knowing. Mama of the 17 is a lavender and white and mama of the 6 is black. Daddy is a black and white pied. My other female muscovy is a blue fawn who had been laying eggs in the same nest as my lavender. Her eggs have since been moved, but some of her eggs may have ended up in this clutch. My lavender mama was purchased at about 5 months old and she has wry tail. Hoping and praying it is not genetic in this case. We purchased her at a local chicken swap. She was crammed in a dog kennel with many others and loaded into our travel carrier so quickly that we didn't notice until we brought her home. She is super sweet though so we would never dream of rehoming her just because of a deformity. Fingers crossed all of the eggs hatch. I already have homes for the majority of them. I'm sure a couple of females will be staying though. I plan on pulling most of them and letting mama raise the keepers. View attachment 2174774 View attachment 2174775 View attachment 2174776 View attachment 2174777 View attachment 2174778

@Miss Lydia you will love this!

Aww they are precious! Congrats to mamas!

Babies on top of babies and they are still hatching. My other mama's babies are starting to hatch as well 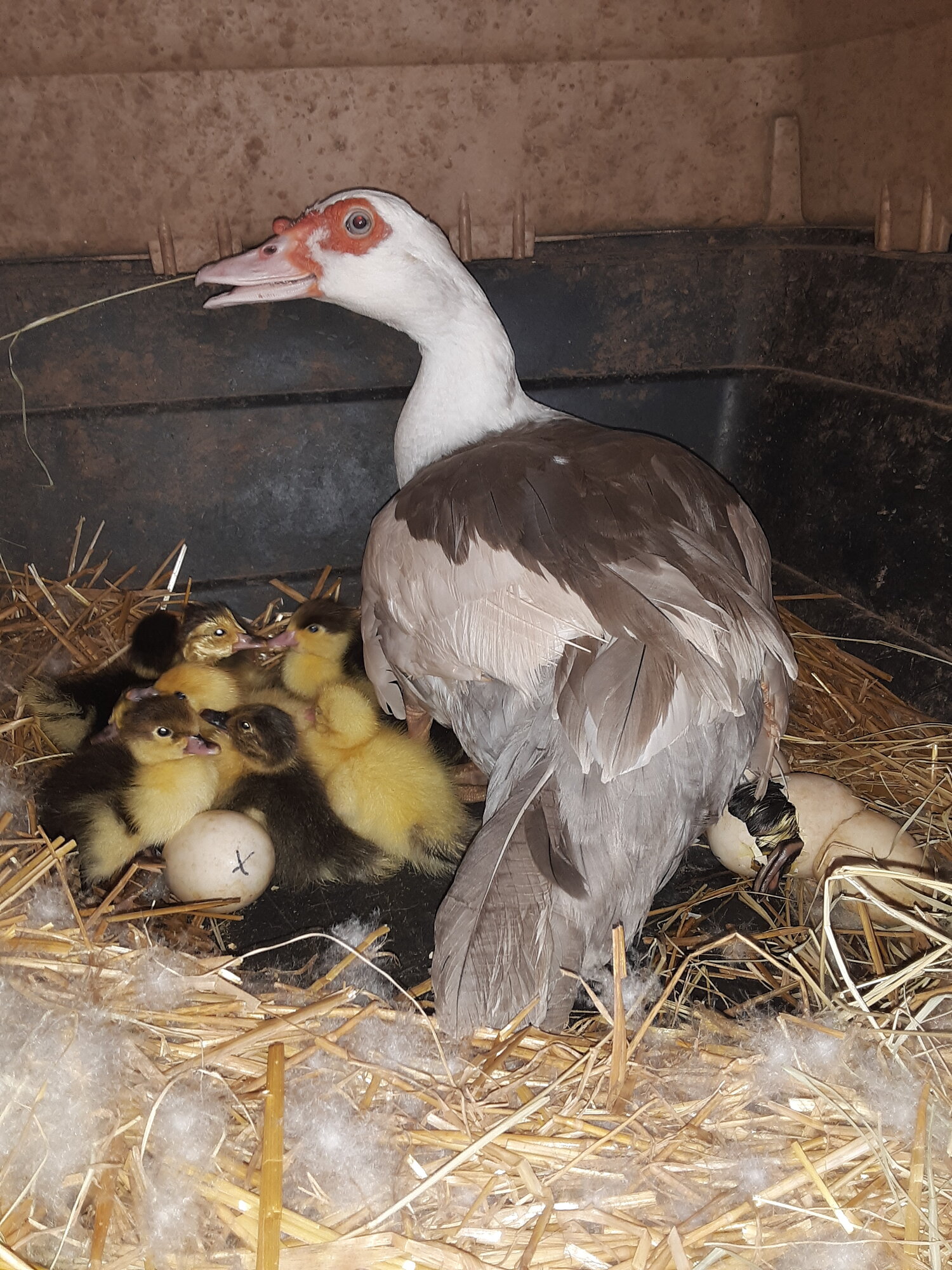 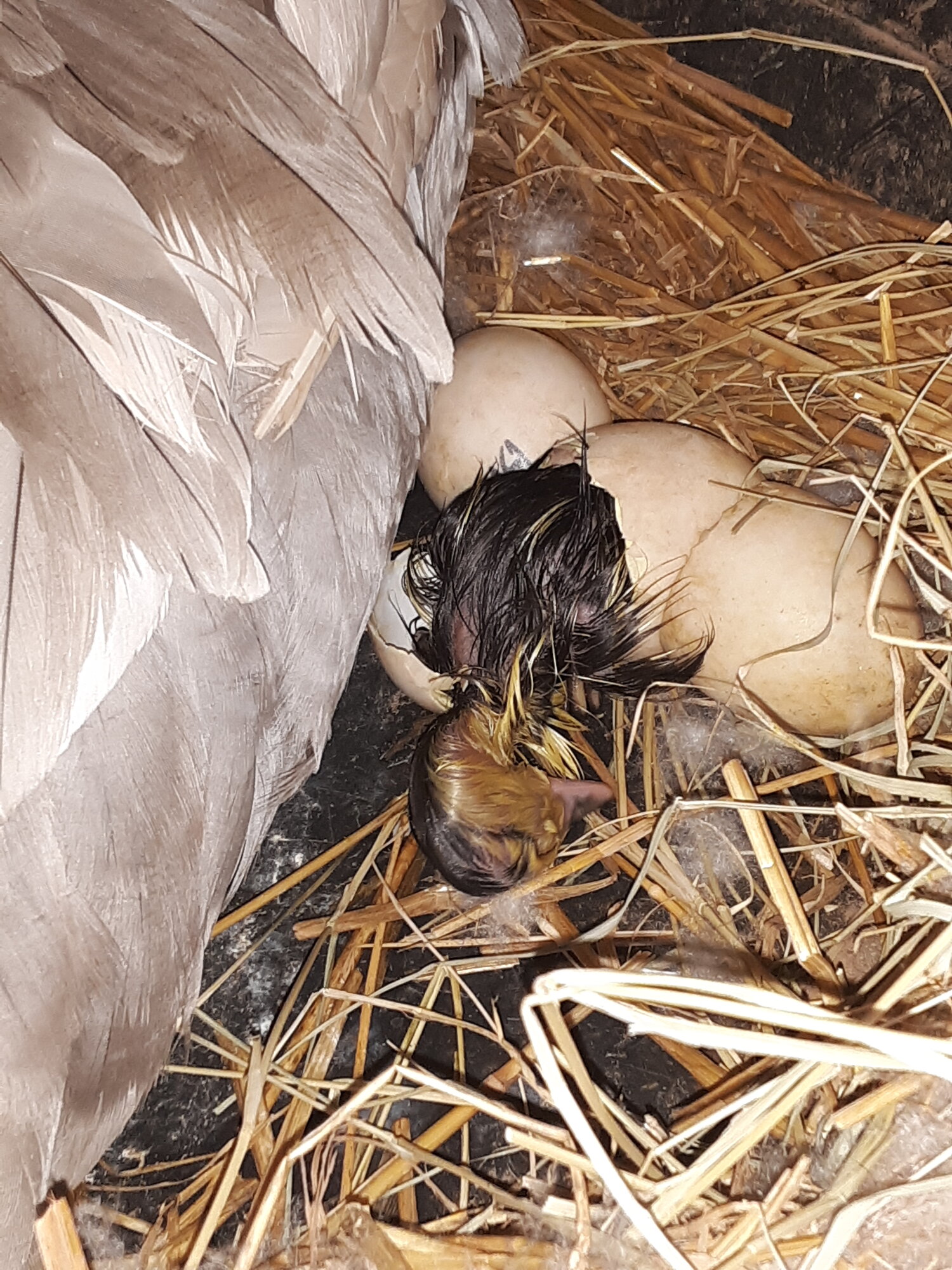 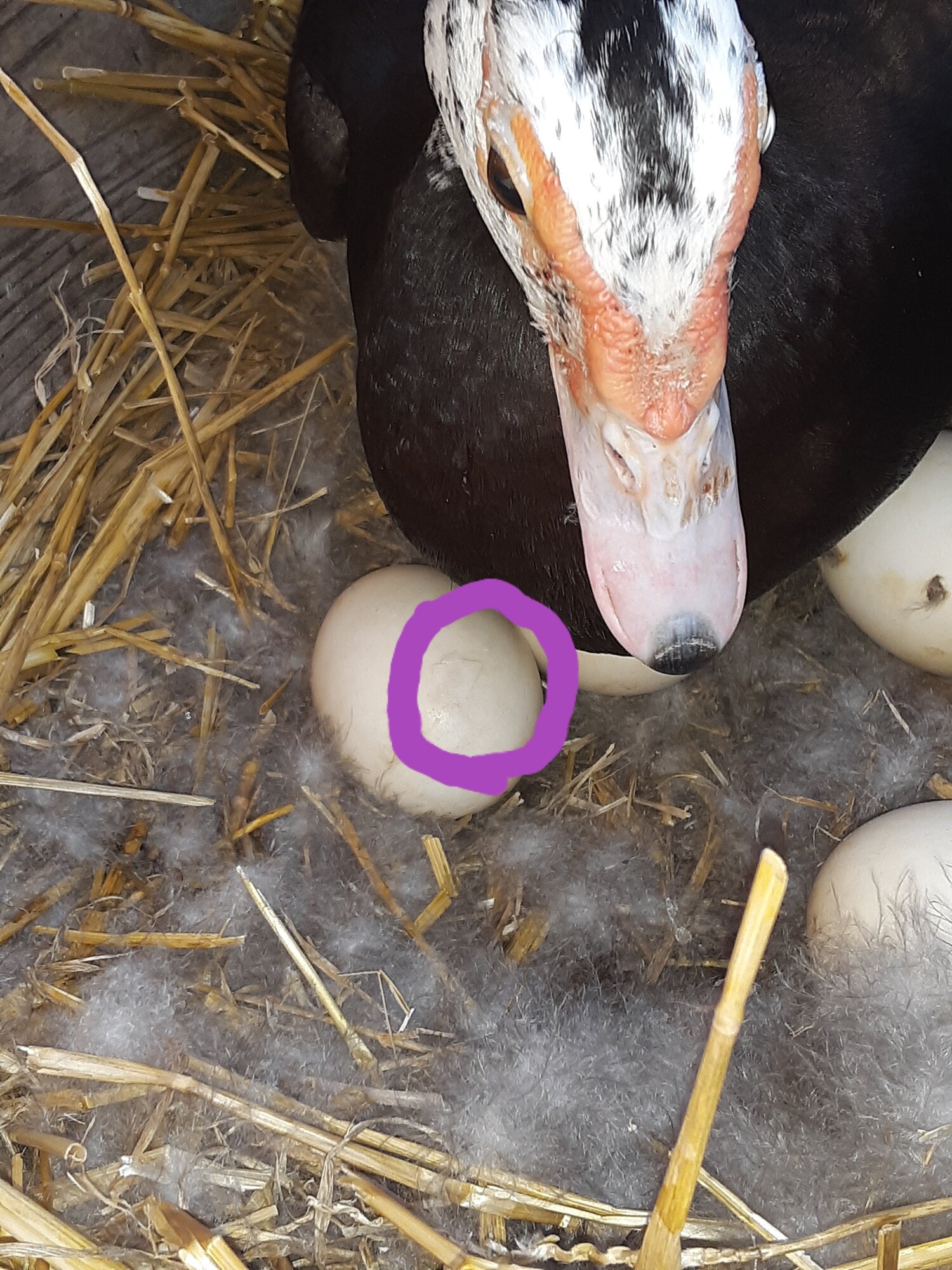 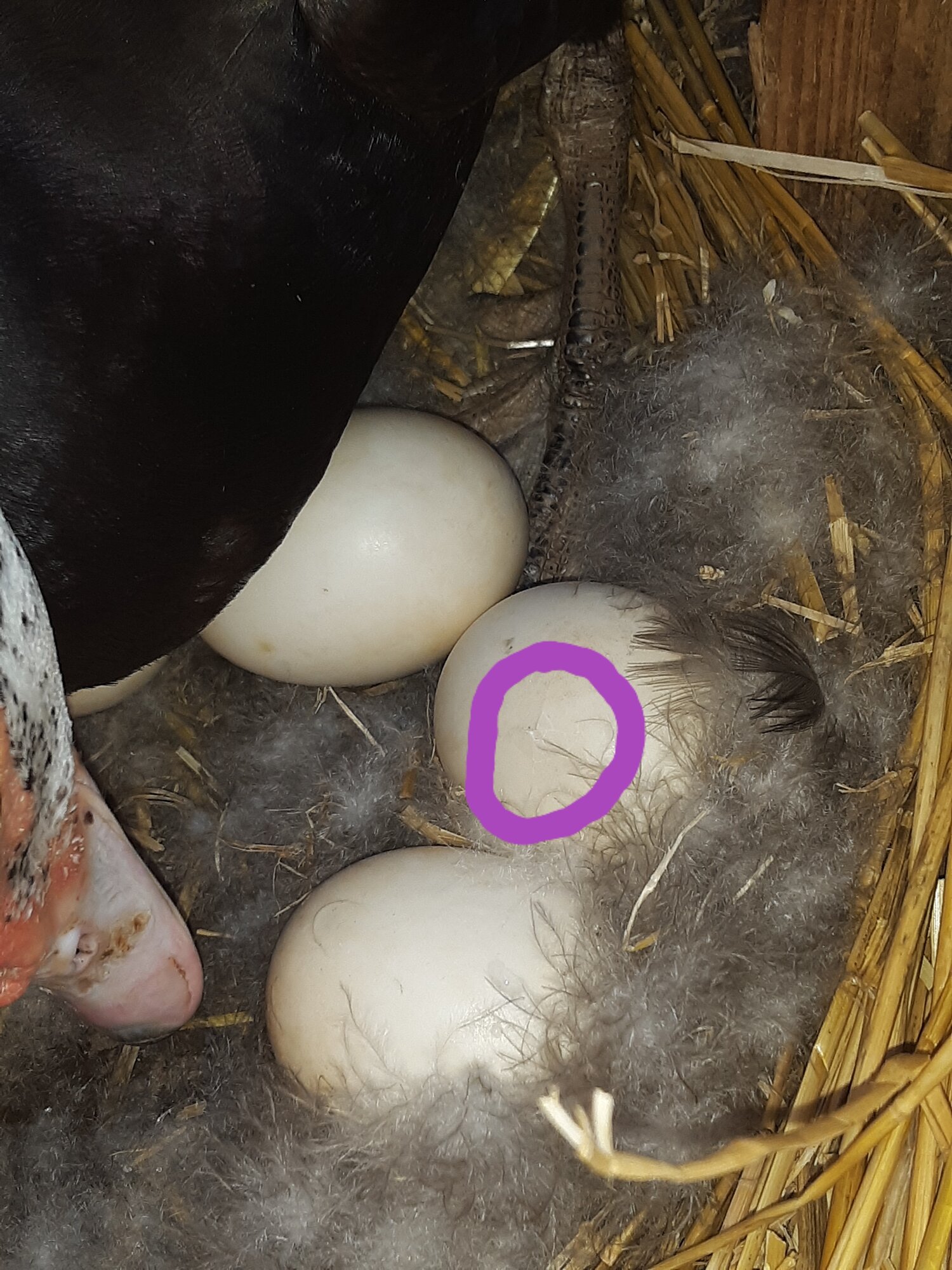 Their colors aren't picking up the best on camera but you can see in this pic that we definitely have some lavenders. More have hatched since this pic was taken. 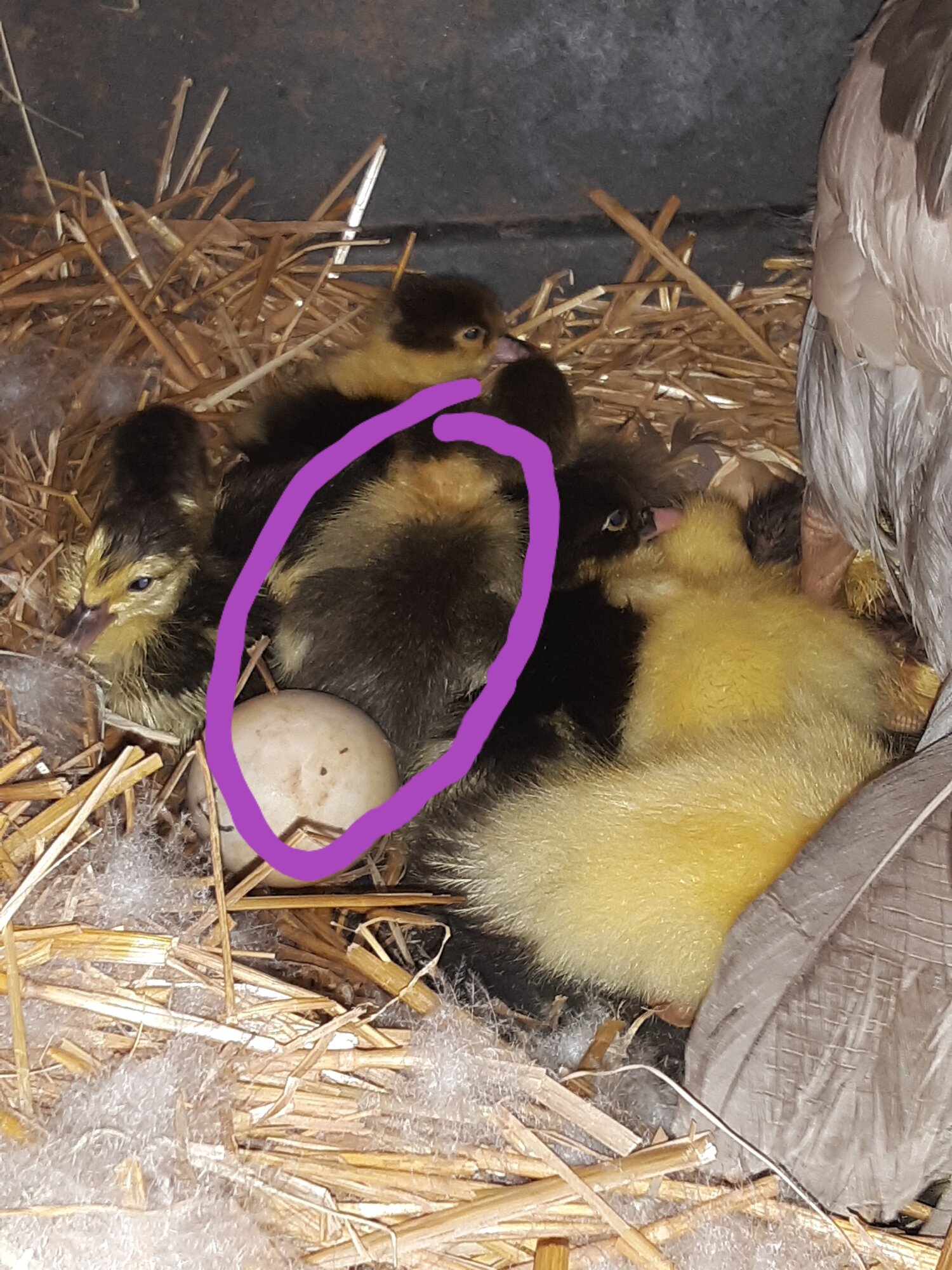 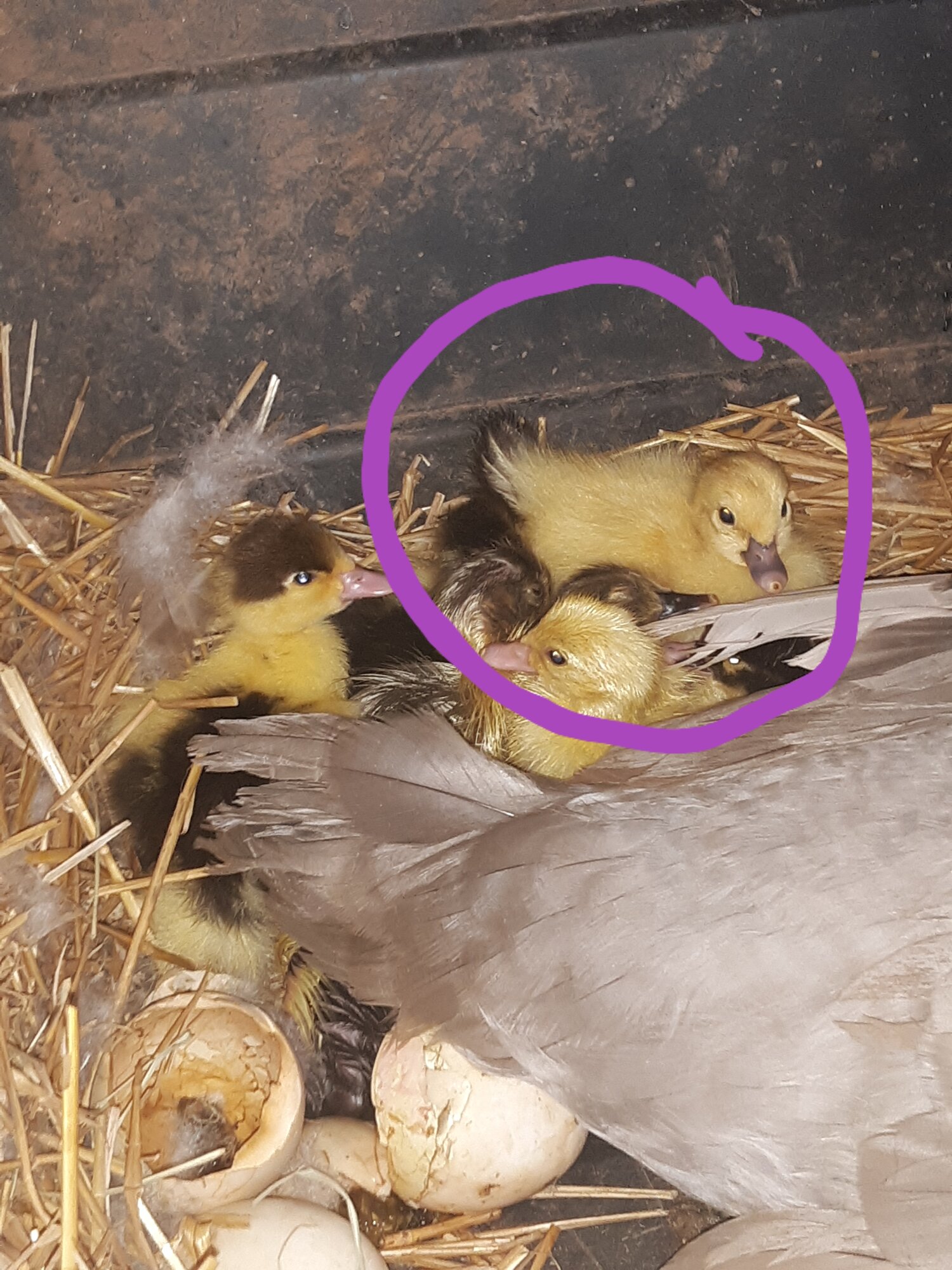 Last night we had 13 hatched and this morning 2 more had hatched including another black barred. I checked on my other mama last night and all 6 had pipped. This morning I managed to get a glimpse of this little cutie. May be another black barred. Dad's father was a black barred so he is the one carrying the barred gene. I'm not sure how many babies she has right now but I saw enough broken shells for at least 2. 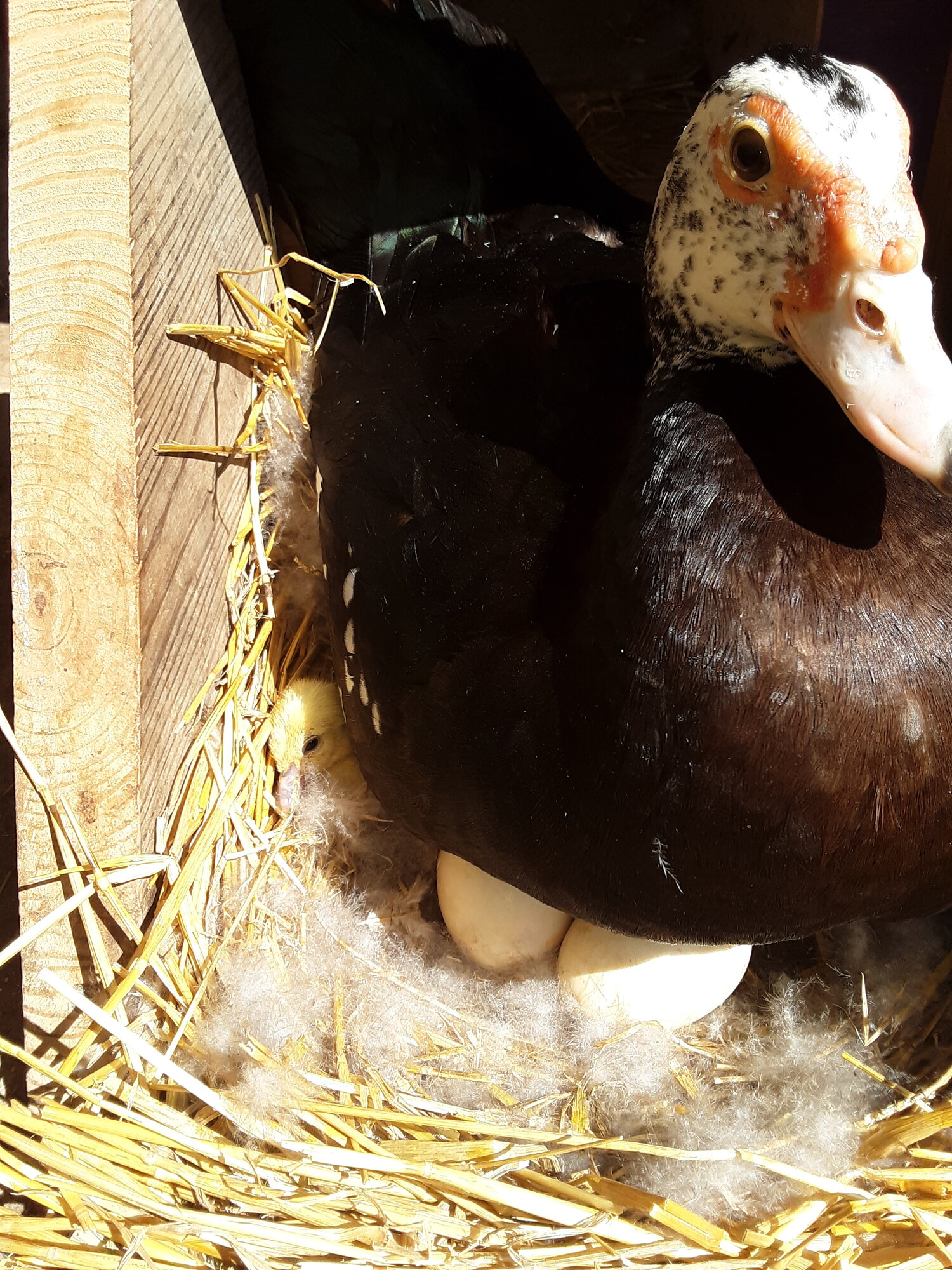 Boy you have Muscovy ducklings coming out your ears so the saying goes. And your not keeping any?

Miss Lydia said:
Boy you have Muscovy ducklings coming out your ears so the saying goes. And your not keeping any?
Click to expand...

We are going to keep a couple of females. I have 1 egg left from my black mama and it is hatching now. All but 2 of my lavender girl's eggs hatched. 1 died before pipping and the other stopped developing before the air cell dropped. Unfortunately, I found one little dead baby in the nest after mama brought them all out. Another baby had just hatched 10 minutes before she brought the others out so I stuck it in with my black girl and her babies. So looks like we had a pretty successful first hatch. They managed to hatch 20 out of of 23. We have black pied, blue pied, black barred, and some black wild types. I can't wait to see what my blue fawn manages to hatch. She has 13 eggs and counting thus far. I never knew hatching muscovies would be so fun. Each one is a complete surprise. Mama has been great so far so I'm thinking of just letting her raise them until they go to their homes instead of putting them in a brooder. I will of course pull them if need be though. But so far she has been very protective. I am the only one who can come in the pen with her and handle the babies. She's definitely not as cranky since leaving the nest lol. 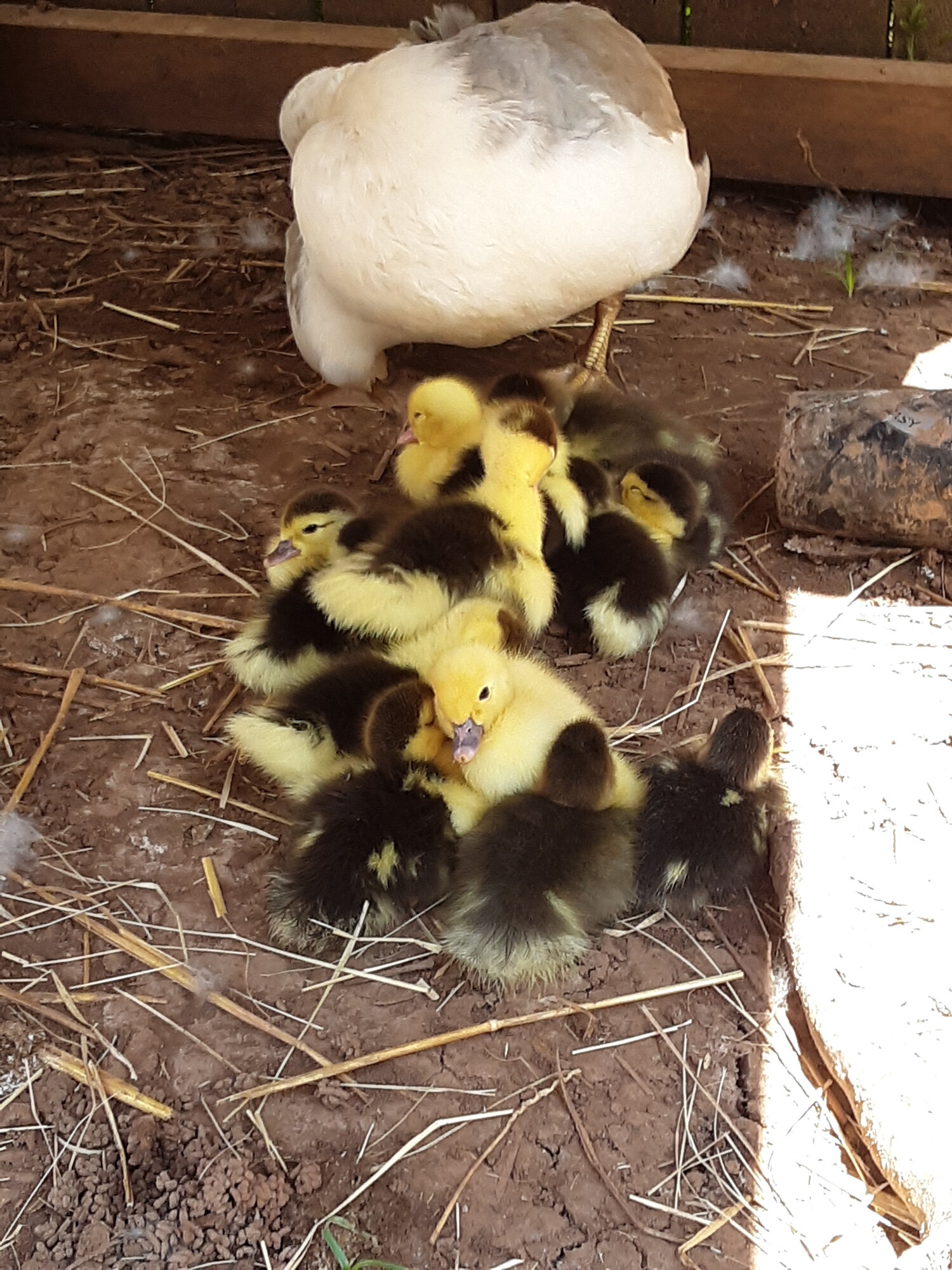 They are all adorable ❤

A
Muscovy drake running off female