First time letting the 6 week old Barred Rock pullets out on the weekend into the pen from the coop. They are sectioned off from the older chickens. I noticed that one pullet was stumbling. I inspected the feet and found nothing out of the ordinary that I could see. no bumblefoot I guess. I have now separated her from the flock. I have a video posted so you can see how she walks and shakes. I fear that I will have to cull her if I don't have a plan soon as to how to proceed. she is eating and drinking however. I hate to do it. I don't like to give up but I also don't want to increase the chance of spreading something or even just the suffering. any help would be appreciated. 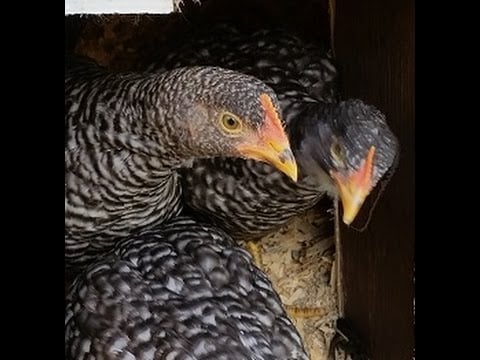 Update. I was worried about it being Mareks as well. With her eating and drinking I had thought she could pull through if it wasn't but the uncertanty of cause and advice on those visiting I chose to take away her pain. It was the first bird I had to do this for but I do think it was for the best. None of the other birds show any sign of problems so I am hoping it was neurological in nature, non transferable. My children understood why it had to be done and they take things like this very well. I did not waste the opportunity to learn; although I almost didn't do it, I opened it up for a necropsy and found that it was actually a rooster. I don't want to lose any animal in a painful non-productive way but some things need to be done.

What is with my Barred Rocks?

M
Is this a Barred Rock?