My "babies" now a year old, and new babies! And hubby brought home a roo...

I have 3 Partridge Rocks at 5 weeks, and a few more PR's, Dominiques and Rose Comb Brown Leghorns at 4 weeks. Here a few pics of the girls. The Dom in my avatar pic was only 2 weeks old. Oh, how fast they grow! *sniffle* 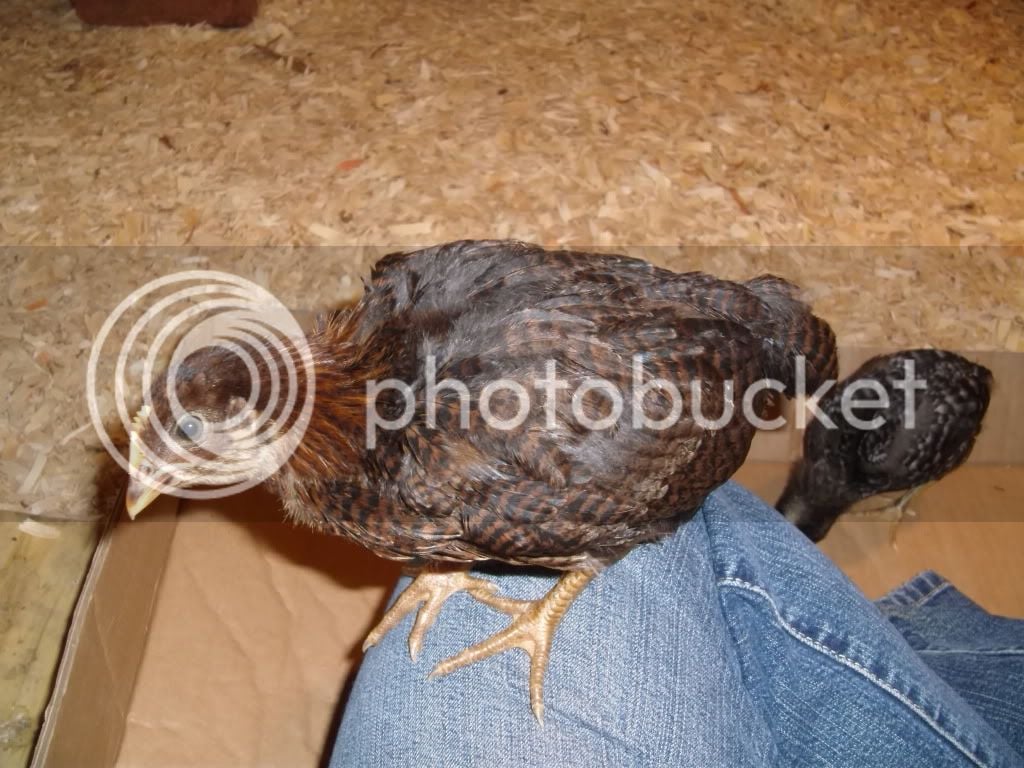 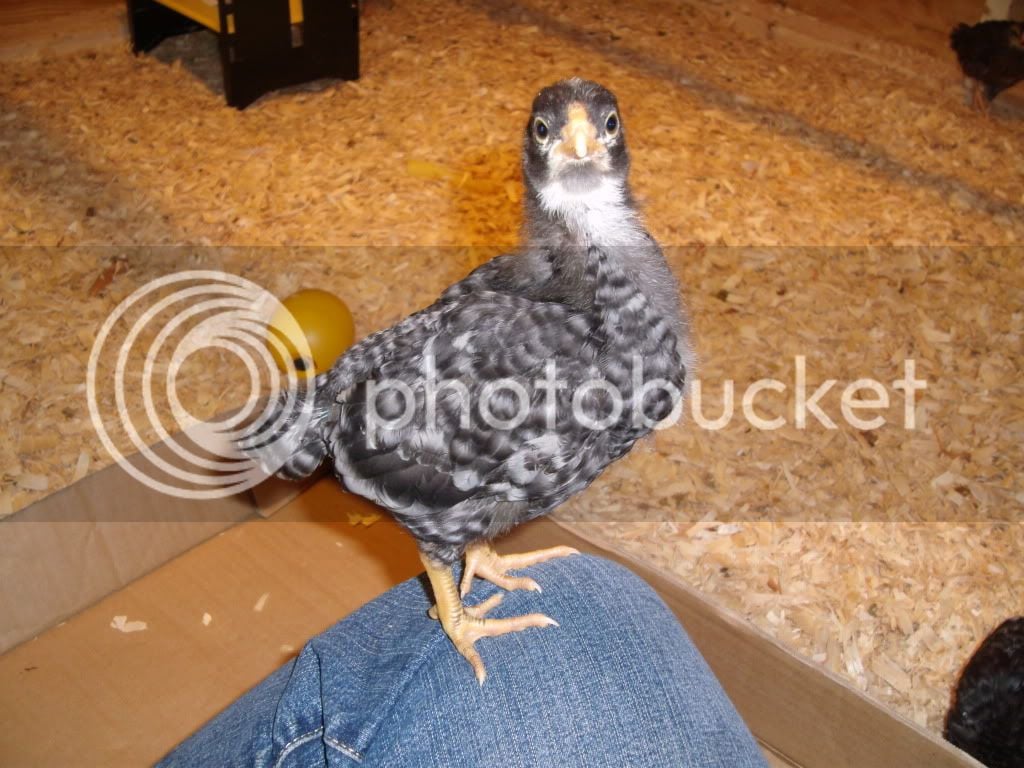 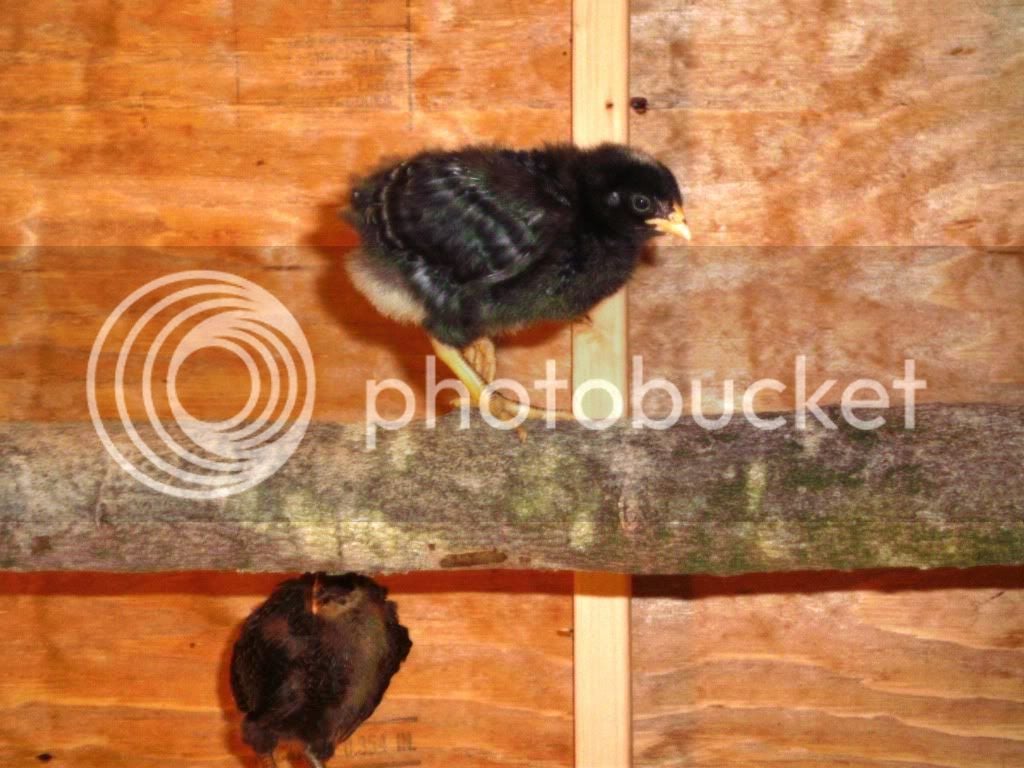 One of the leghorns 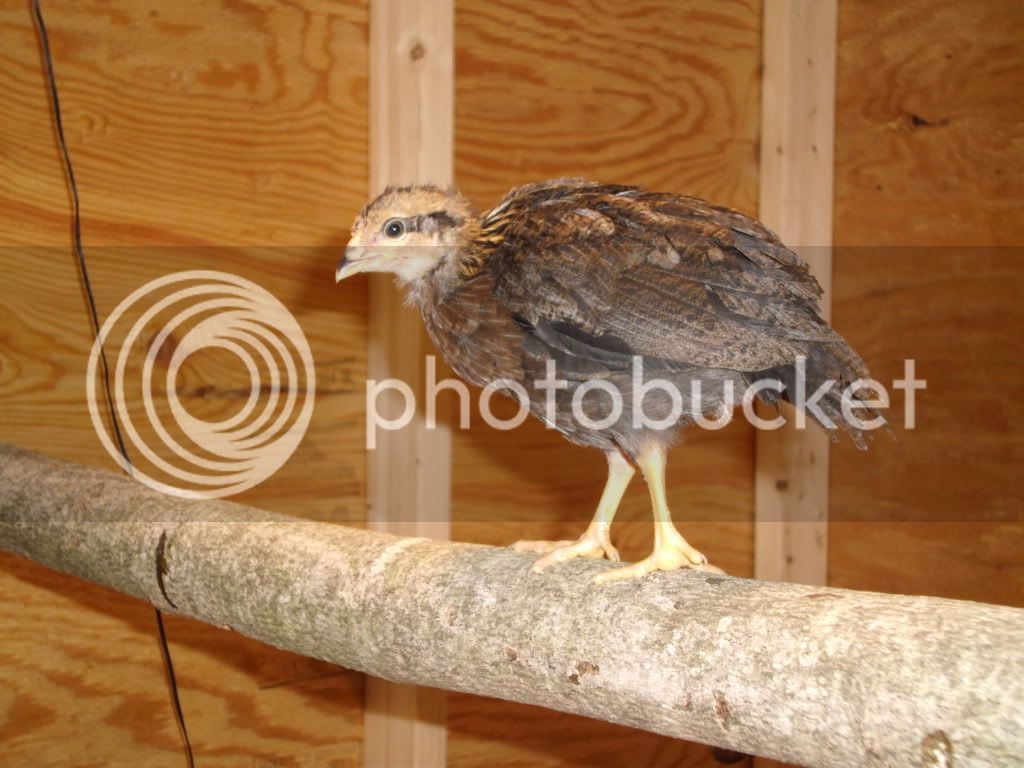 Hanging out on the roost. One of my partridge rocks and one of the dominiques are BFFs. They are always together. 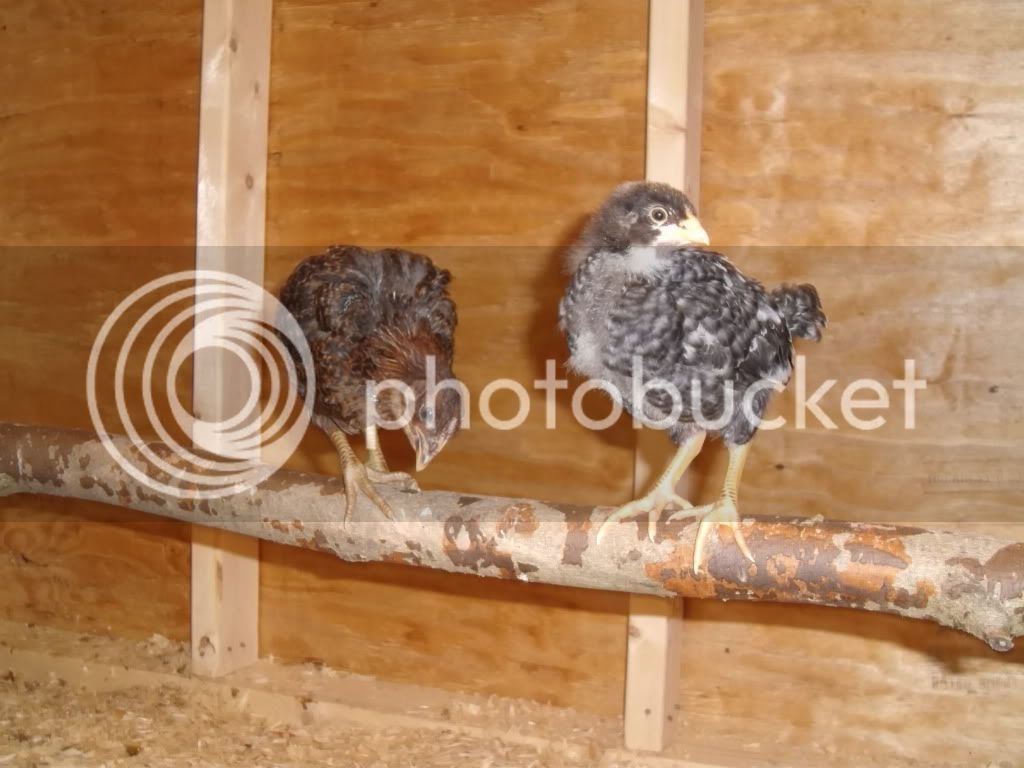 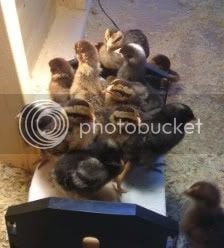 Thank you for sharing! I love to see BFFs!

awesome chicks! hope they grow up to be great layers

Thanks for the nice feedback, I love my chicks. I am having way more fun than I thought I would.

Always great to see pics of the chickens.

And here they are at 6 and 5 weeks. Note the brown leghorn's foot sticking out in the first photo, she is completely sacked out on her side, haha! You can see General Tsoa sticking his head up to see what I'm doing in the second photo. 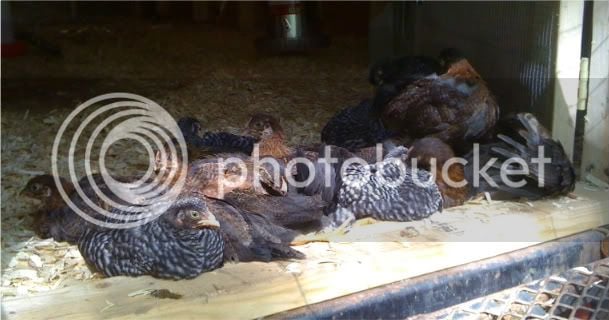 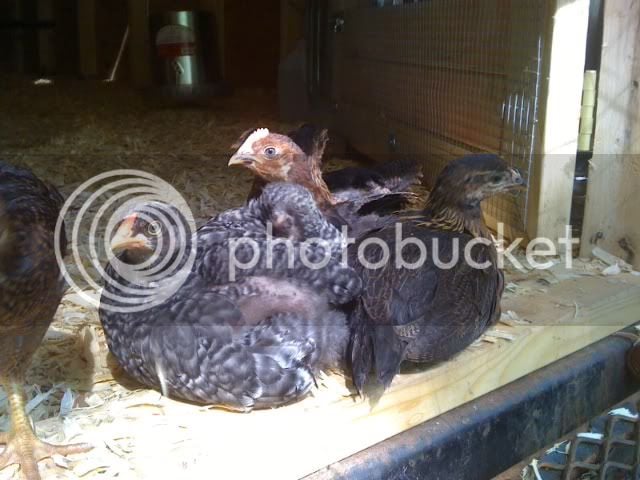 "Chicks" are 8 and 9 weeks old now. Babies voices are starting to change to cheep-clucks. Rooster's voice is getting a little deeper, but no crows yet. The General's photo is a bit dark, but his saddle feathers are starting to grow. His dark feathers are getting that teal/bluish/greenish black color, and his tail looks like someone aimed a hairdryer at his butt. 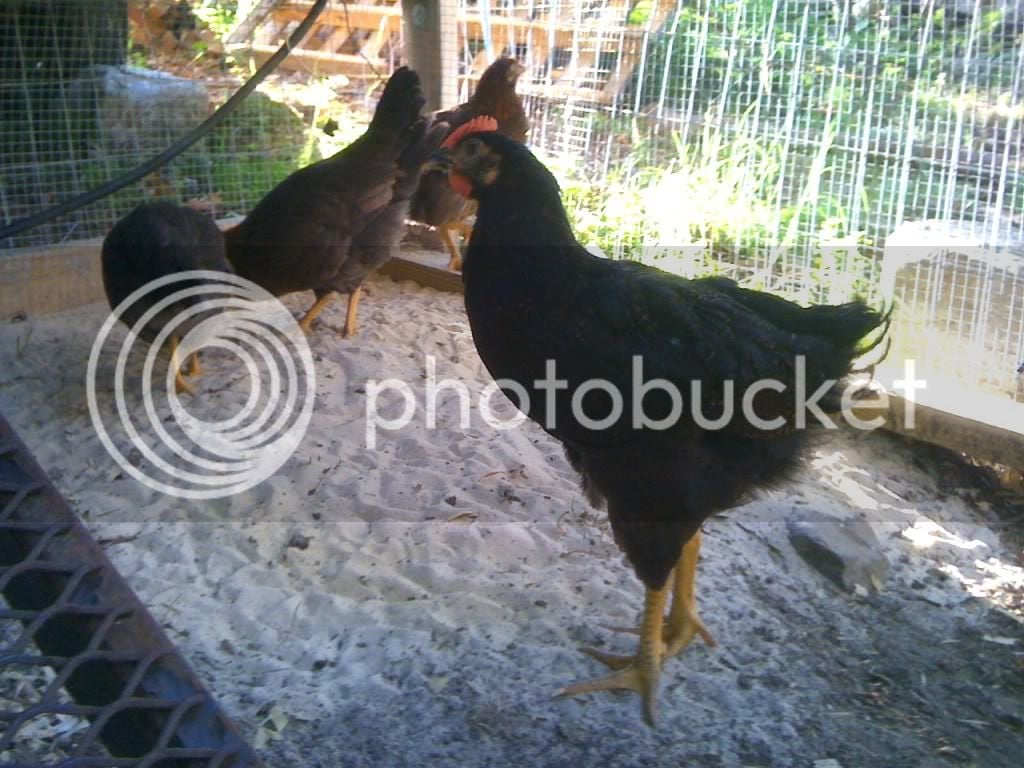 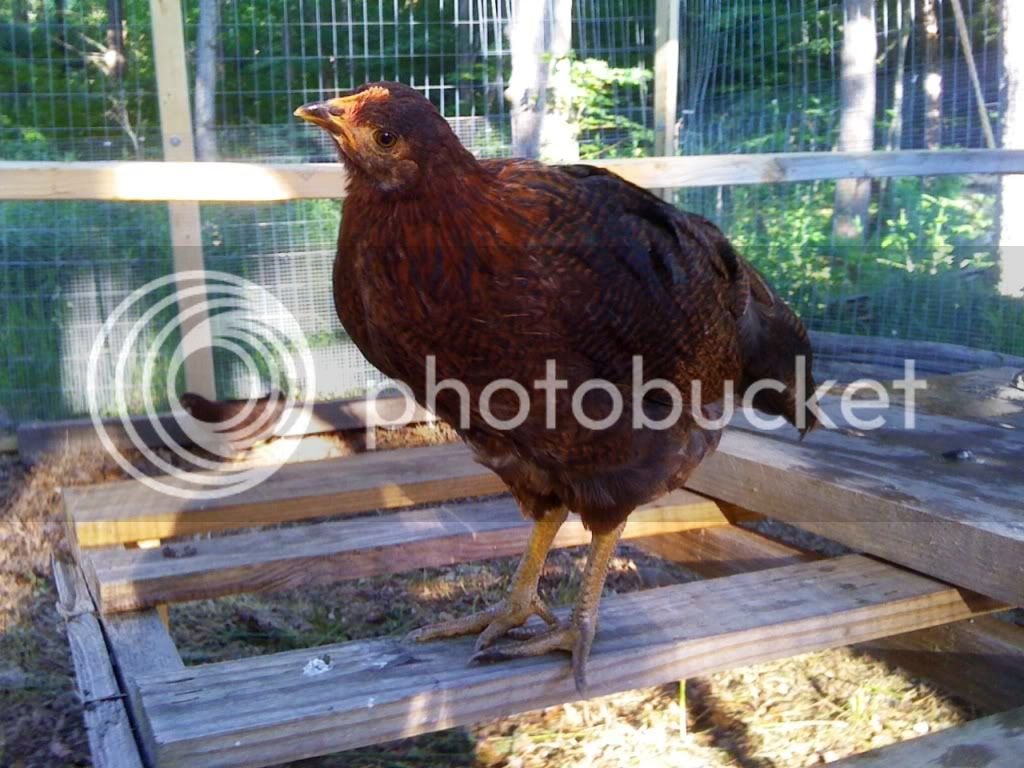 One of my Dominique hens - all of which are also quite friendly- at 8 weeks old. 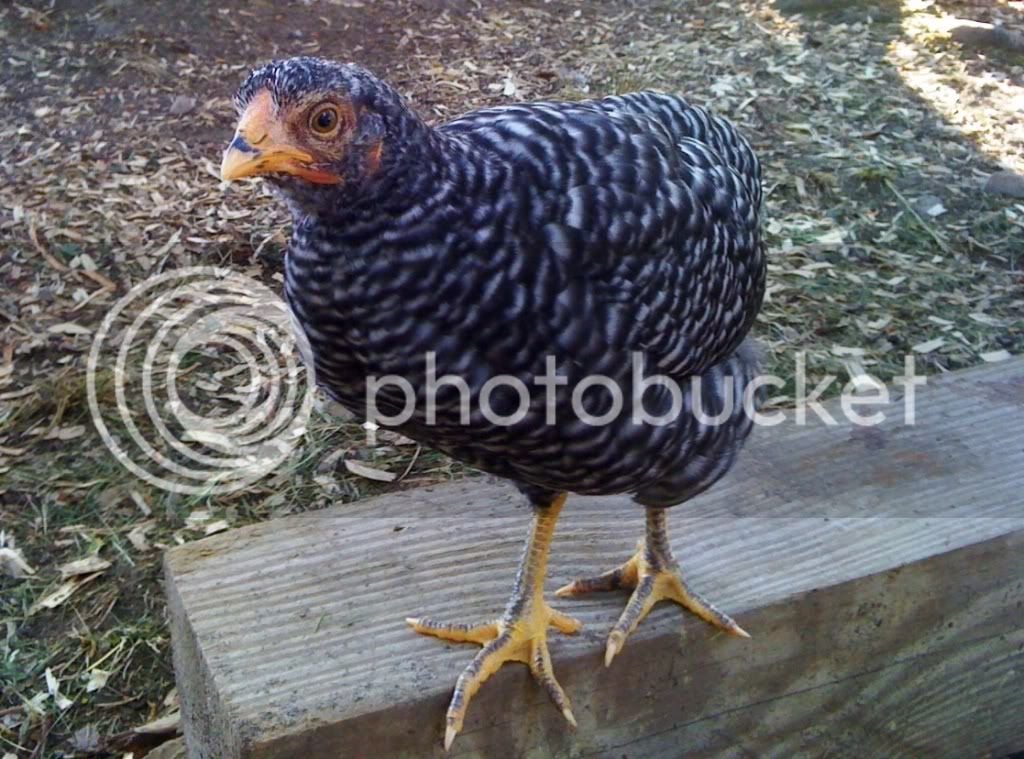 One of my Rose Comb Brown Leghorns, photo taken last week. So far they overpower the rooster. Aren't cuddly but not aggressive *crosses fingers* 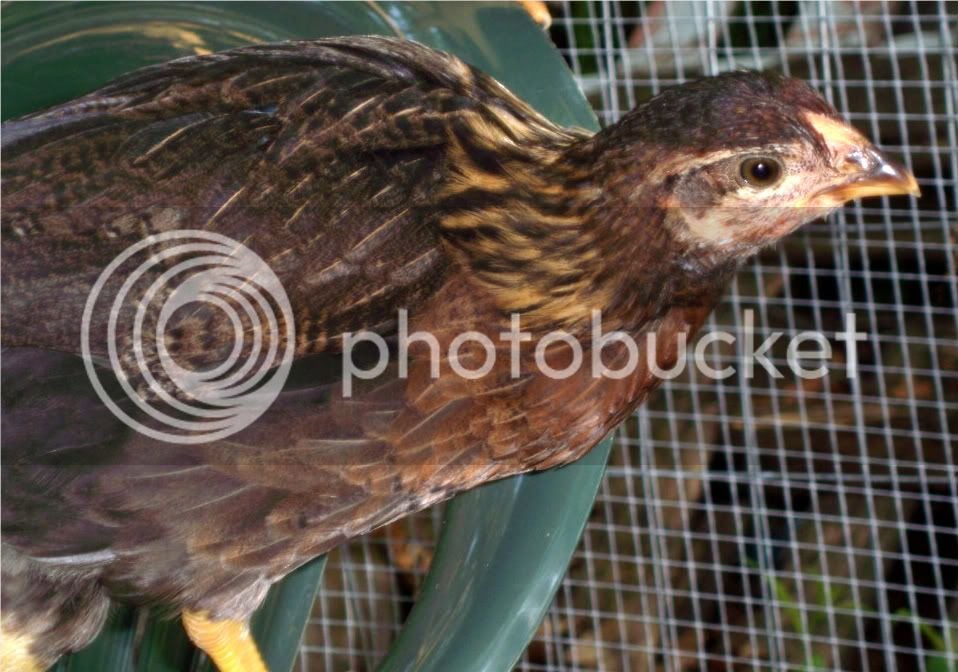 Wow, they really seem to grow so fast!

Your PR looks like a sweetie! Mine is one of the most vocal and friendliest of all my birds!