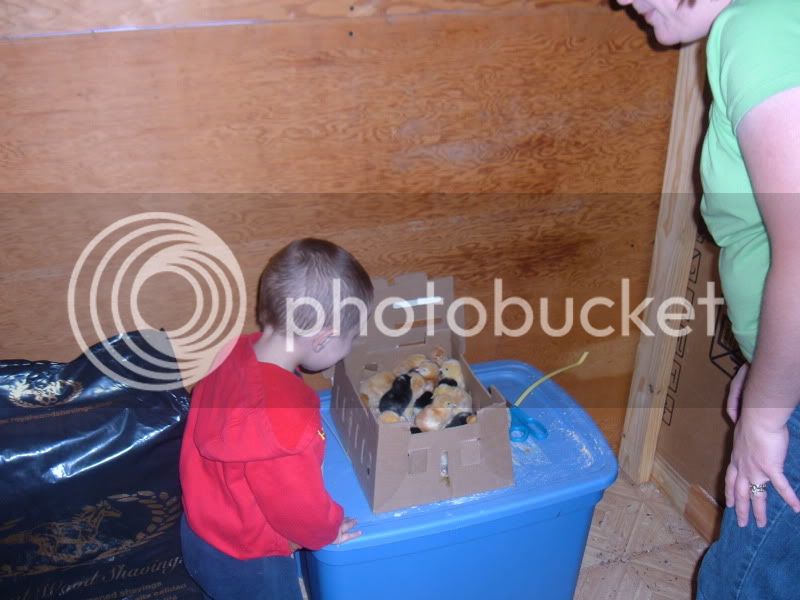 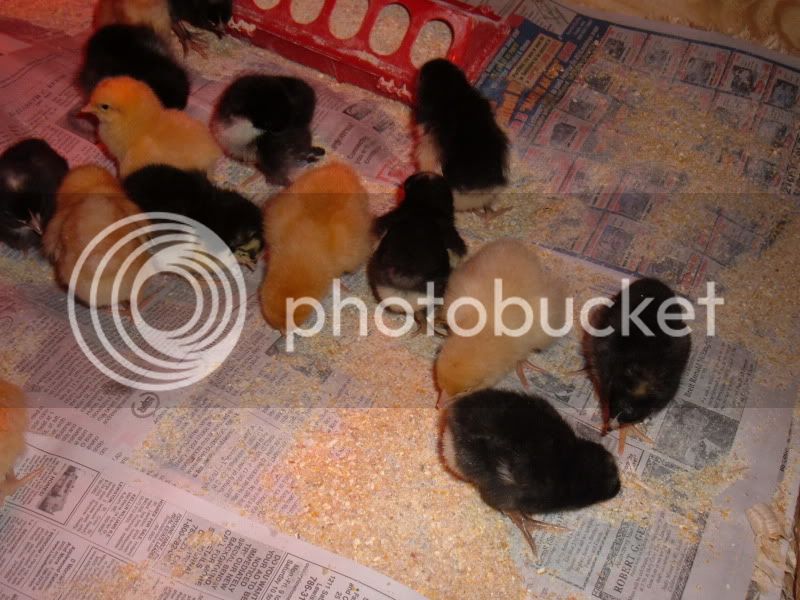 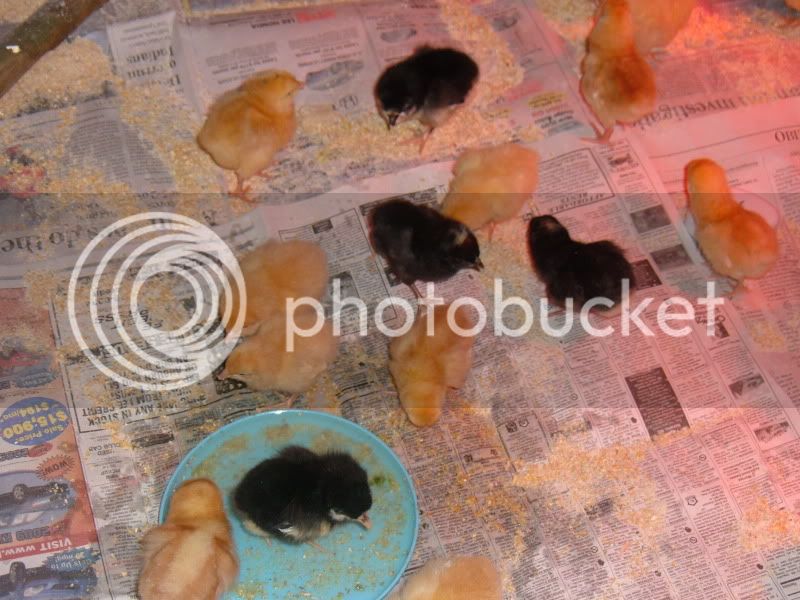 Can you tell me who's who? I have Barred Rocks, BO, New Hampshire Reds, Red sex links, and Black Australorps.
Last edited: Sep 25, 2009

I'm not sure if I can tell you the difference between the red sexlinks and NH Reds since I have only seen red sex links as chicks. But I can tell the difference between the BR's and the BA's. The BR's are black/yellow and have a yellow dot on their heads. the BA's are also black yellow but have a look I find distinctive in their markings. In your bottom pic, the one standing in the food dish and one at the top of the pic are BA's while the other two are BR's. Also in the top pic, I would hazard that the lightest colored one is a BO, the yellower looking one to its left looks just like my red sexlink chick and the more chipmunk looking one to its left might be a NH Red.

Agree on the BR and BA's with HEchicken,
The BO's should be light golden. Harder on the NHR and RSL.

they are adorable, sorry I can't help with identification

Adorable. The orangish colored chicks with the stripe down both sides of the back are the red sex links. The light yellow ones (no stripes) are the Orpingtons. (ours got named Tweety cuz she was a little yellow puff ball)


I'm not 100% for sure, but I think the barred rocks are the black ones with the dot on their head and the Australorps are the ones without the dot.

I imagine the darker amber colored ones are the NH reds.

Keep The Sunny Side Up

They are precious; best of luck with them! Can't blame your 16 year old for that, can you? They're simply irresistable. Make sure she takes 2 so they can be buddies!

They're so cute! Congratulations!

A
Chicks have arrived! One seems a little "off."

T
Should my chicks be this color?
2