Look inside her beak too while you are at it, just to make sure there's no mucous or canker.
S 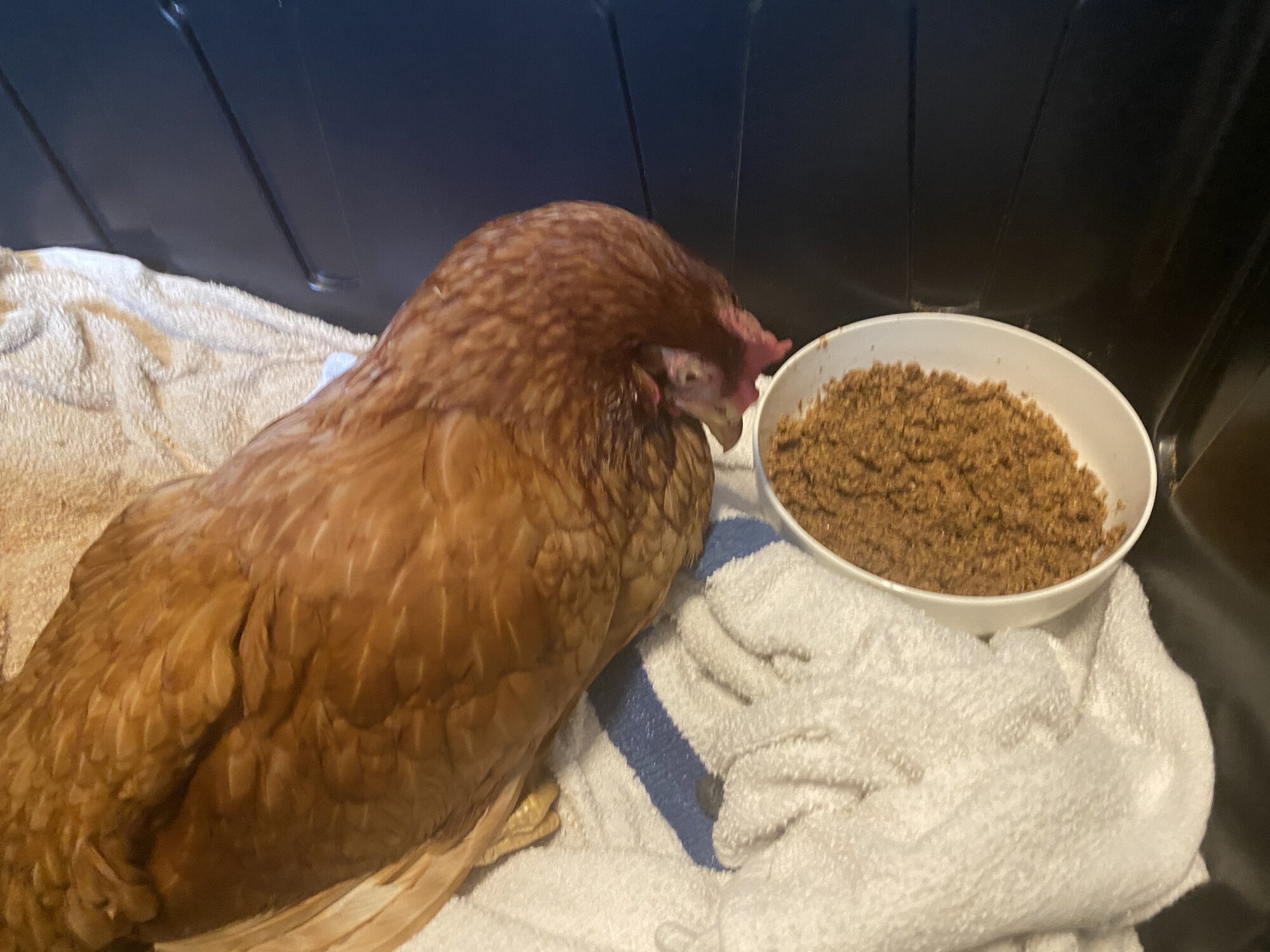 I made her a mixture of layer feed and Pedialyte. She eating

Eating is good!
Hopefully she will regain her strength soon.

You didn't find any wounds on her?
S

Wyorp Rock said:
Eating is good!
Hopefully she will regain her strength soon.

You didn't find any wounds on her?
Click to expand...

No sounds at all
S

Sepeters0727 said:
No sounds at all
Click to expand...

Update on my girl. She’s eating and drinking throughout the day. Having good poops. Holding her head up better. But I’ve been doing more research and I’m scared that she might have marecks disease. No external tumors but she still keeps her feet curled up under her. Could this be possible? I’ve seen where it will most likely spread throughout all of our hens but some can have it without problems.

She's about 6mo right? It's possible Mareks, if that's the case you need to separate her from the flock as it's highly contagious. Can she stand on her own? You say her feet are curled up under her, what about her toes? I'm thinking possible CPT (Curly Toe Paralysis) although it's mostly in chicks.

It won't hurt to separate her, if it's Marek's she'll have good days and bad but if she lasts a week, it's probably something else. It also won't hurt to treat for CPT, it's a vitamin deficiency (riboflavin), get some Nutri Drench or PolyVisol baby vitamin minus the iron (pricy). What are you feeding her? Give her some boiled egg yolk mixed with her feed, tuna, beef liver, anything high in riboflavin (B2)

I was really hoping that she was going to recover from this but now I’m unsure.
S

Thank you all for your advice. I tried my best to help her but she passed away today.
You must log in or register to reply here.
Share:
Reddit Pinterest Tumblr WhatsApp Email Link