My Mama Turkey and Her Ducklings

So a couple months ago, my turkey decided that she wanted to be broody and decided to give it a try in my chickens nest boxes. She tried accepting any eggs that they would sneak her (which I removed, much to her dismay). I tried keeping her occupied with golf balls, but she seemed to figure out that they were duds and would regularly switch nest boxes to be on some REAL eggs.

So I eventually caved and gave her some duck eggs (not really wanting any more chicks at the time). She was good with them for awhile, but the "nest switching" behavior was still her thing she did...going to whichever box had the most eggs in it. So they ended up not hatching.

Around the same time, I decided to hatch a few ducklings in the incubator and when they hatched decided to just give it a try.

Coincidentally on Mother's Day, I decided to give her the newly hatched ducklings.

Here were the results: 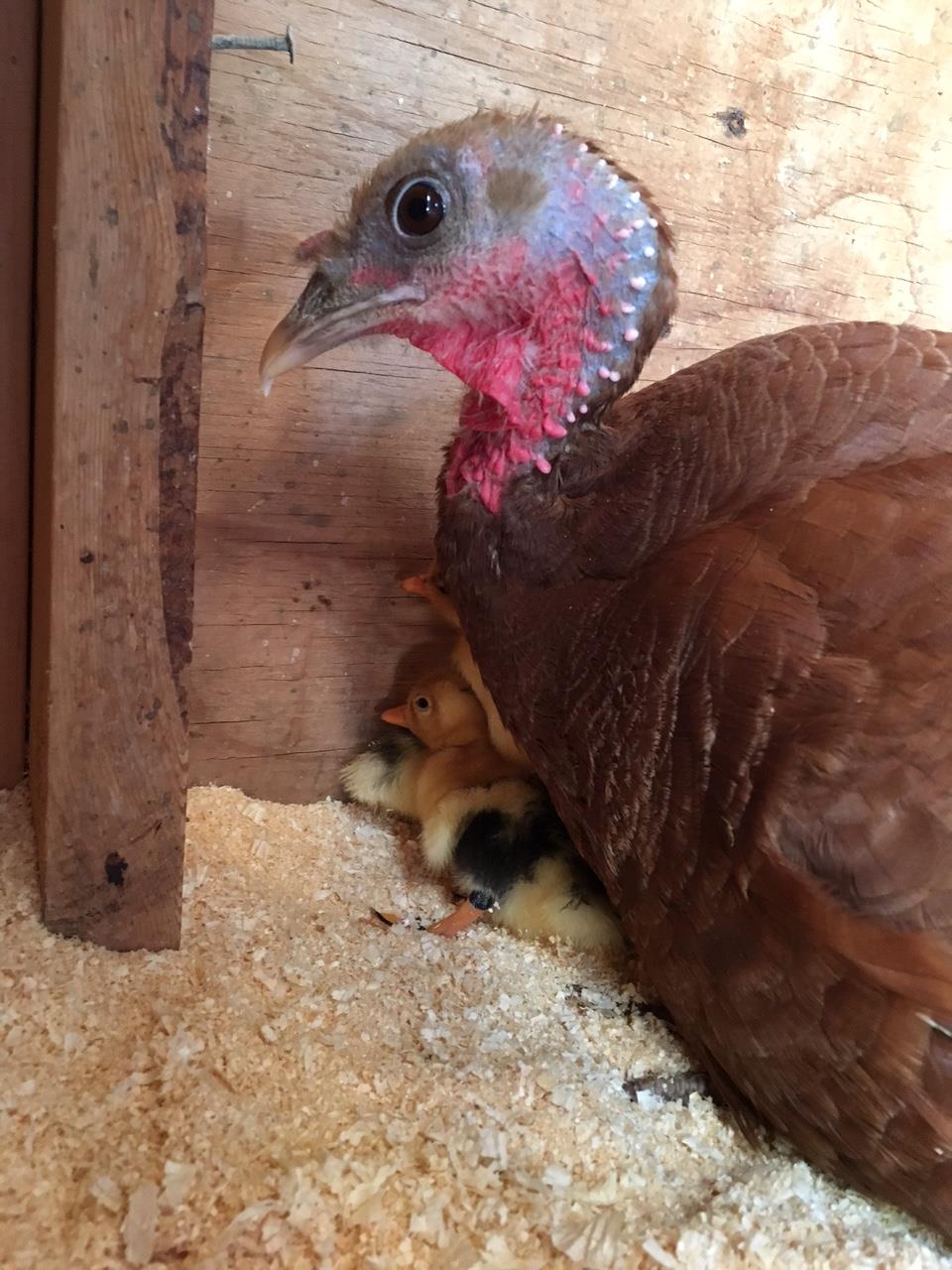 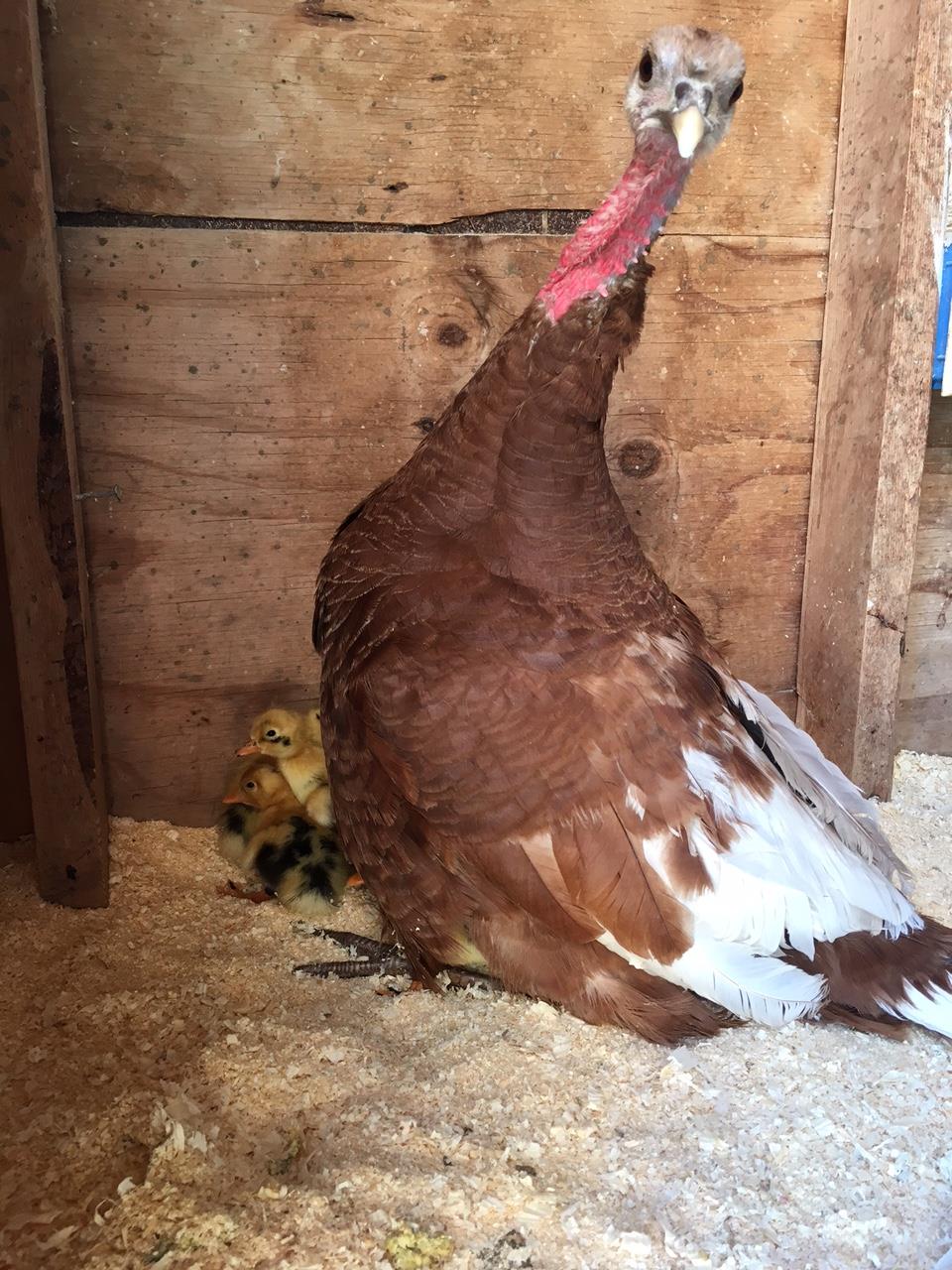 Here's one from yesterday: 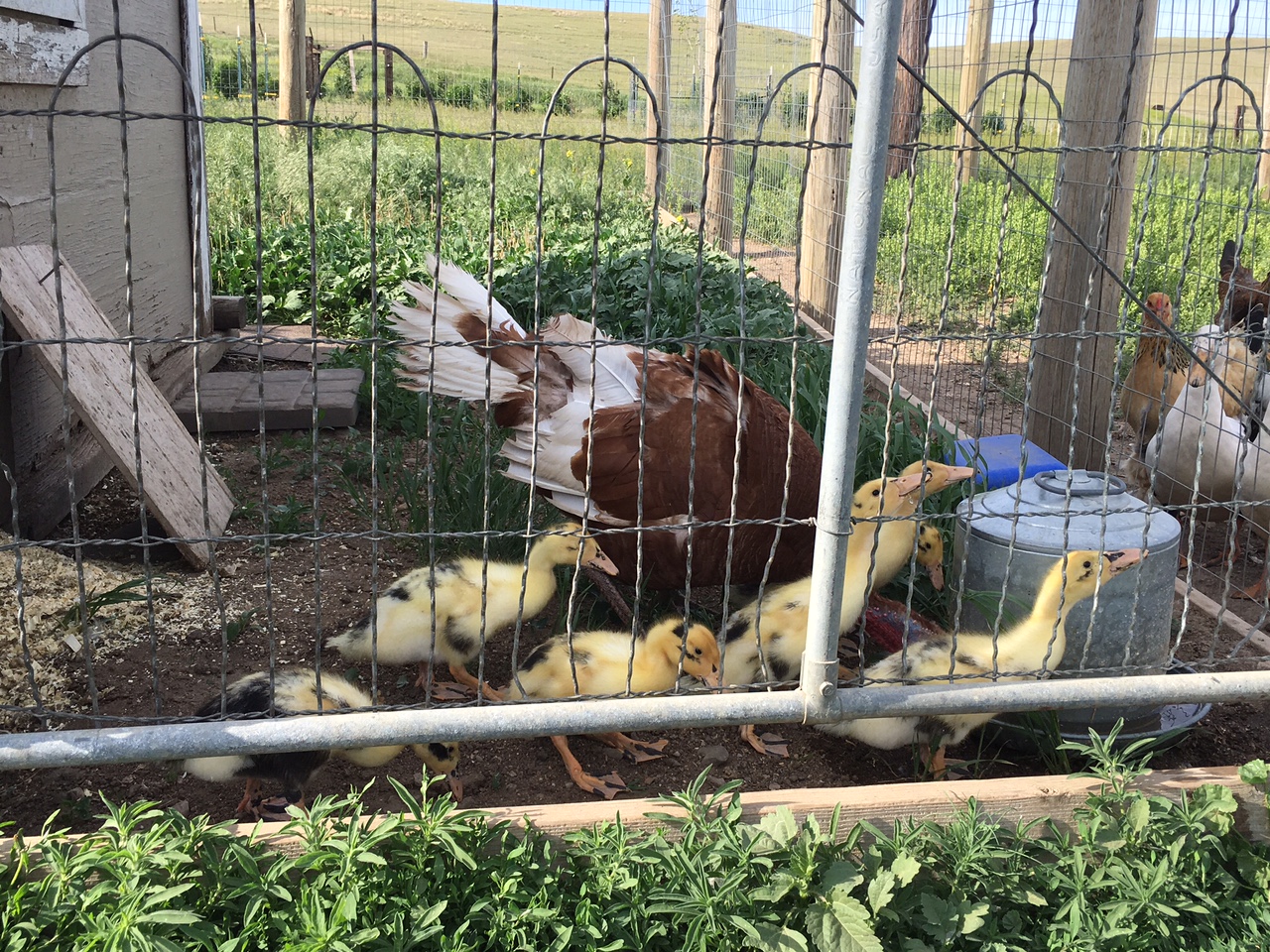 Though there has been a slight crisis and a few other bumps but so far it's been a very interesting learning experience.

She is so protective of her ducklings that she actually attacked and killed three of my younger chicks that i had had in the same coop with her. Lesson learned, don't mess with Turkey, or give anyone else a chance to mess with Turkey. Thankfully I seem to be deemed trustworthy around her ducklings and am spared her wrath.

There also appears to be a bit of language barrier between the two parties. She squawks out an order in turkey and the ducklings respond "WATER!!1" or "SLOPPY SWAMP!!" in duck.

Also, she has a habit of flying wherever she pleases...leaving the ducklings trapped in the pen.

Other than those few things, it's been a very interesting experience.

I can only imagine how she will feel when they want to start swimming away. Do you have a pond or just little duck pools?

I have both a small pond and little kiddie pools for my ducks but haven't provided one to these guys yet. Probably going to this evening, since we finally have summer temperatures here now.

My adult ducks get their own pond usually, but I'm doing some remodeling in that area....new garden, goat proof fencing, and basically a duck resort. So they are, in their eyes, in jail with the chickens. So for now they have to settle for the tofu pond....little blue kiddie pool.

Oh this is so cute, normally I try not to read turkey-related threads (too far addicted but can't get any til next year = torture) but this... this... um, lost my train of thought for a moment . Oh, right, this is adorable, hope she does a good job and doesn't have to swim after them if they ever find water