Last night I brought home 4 little banty cochins and two other little bantys.
they did alot of sleeping at first and just getting used to thier new brooder - but they are awake today - running all over the brooder , jumping, running around in thier food, I changed thier water and fisrt thing they did was jump in the water and make a mess -- are these chicks or ducks LOL.

first couple of times they did this I thought they died

every once in awhile one will fall asleep standing up and do this rocking back and forth thing until it finally just falls over.

and then we had something to eat ..

now for a quick drink .. 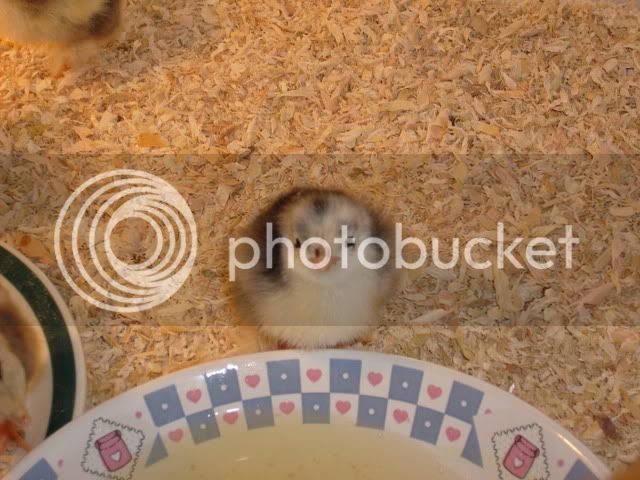 now for a quick wash of the feet.. 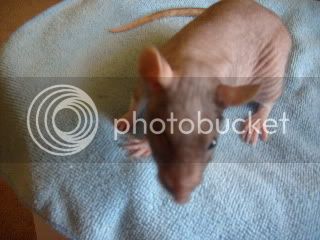 thinking about what to next .. 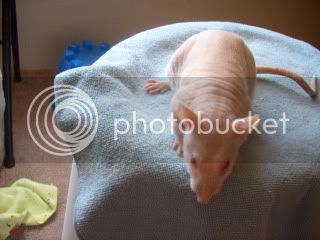 ok all done time for another nap.. 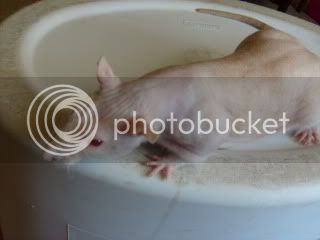 Oh they are sooo cute and small, how old are they?

What kinds did you get? From where?

Do they have TSC in Clovis?
My step kids are living in Tucumcari and we've been traveling back and forth from San Antonio for months now.

It's fun, but it's tiring, we were thinking maybe next time we could go to Clovis to check it out.

ohhhhh I need more chicks... this is painful people!! They are so cute!!! The pic of the one standing by the water dish and just looking up at the camera is PRECIOUS!!!
I can't wait to get home to my little brood!!

well they were marked assorted bantams - I know that 4 of them are cochins of some kind and the two little "skunks" as DH calls them might be silverduckwing oegb ??

They are just PRECIOUS! I want to snuggle them all! Three weeks to go before mine show up.

You are lucky, the closest TSC to me is an hour away. Not only that, I don't think they will be getting chicks anymore.

Just too cute. Congrats on the babies.

I have to admit the one looking right at the camera - is my favorite one ! of course I bet it will be a rooster with my luck LOL
I think the two little browns one we are calling Gordon and Earnhardt - until we find out if they are pullets are not !!
I want to give them all names but since I dont know which ones are roos or not I cant

at this age what treats can they have if any??

AWWW!!! I love the pic where the little one is looking at you next to the water dish. Just wanna hold and squeeze em!

What is wrong with my chick?