My rooster is suddenly acting weird

Hey!
I am sure that I should know this, but here goes. I was working on fixing a part of my chicken run and putting hay into the nesting boxes. My chickens are 21 weeks old, and some look as though they are ready to lay soon. I put some hay into there run just to give them something to peck at. I was working on fixing the run when I noticed that my rooster was attacking the hens. He is an orpington rooster, which kind of seems against there personality to be mean. He did so 3 times in a time span of about 30 minutes. He did it to 3 different hens, pulling on there neck feathers until they pulled away. The hens kind of freaked out when he did this. Is this a sign of a mean rooster? Is this him trying to mate with them? Should I be doing anything? Could the hay that I put in there be making him mean because he wants it all to himself? Thanks!
S

PandaGirl said:
Is this him trying to mate with them?
Click to expand...

He's not a rooster, he's a cockerel. He's young and his hormones are probably raging. His breed doesn't matter; I had 2 Orps who went crazy at 4 months. Teenagerhood. The pullets (they aren't hens until 1 year old) are behind him developmentally, and that's normal. They aren't interested in his attentions.

Your pullets need places to get away from his attentions. Do they have something to get up on to get away from him (besides the roost in the coop)? Are there things they can get behind, like a pallet leaning against the wall of the run? Lots of clutter in the run helps.

I have an almost 5 month old cockerel who tries the same thing with my pullets. I have a much older cockerel who puts him in his place every time he tries

I wouldn't say it is a sign he will be mean. He is just filled with hormones right now and wants to mate.
P

PandaGirl said:
an air conditioner in the run
Click to expand...

This is NOT a good idea. Chickens make a lot of dust, and your air conditioner will end up with lots of problems.

My cockerel is 6 months old and neither the pullets his age nor the mature hens are impressed when he dances and tries to mate.

So far he's let go when they made a fuss -- a good sign. With a cockerel it's wait and see to know how he'll turn out.


PandaGirl said:
Any suggestions on other stuff to put in there?
Click to expand...

This is what my run looked like before they moved to the new coop: 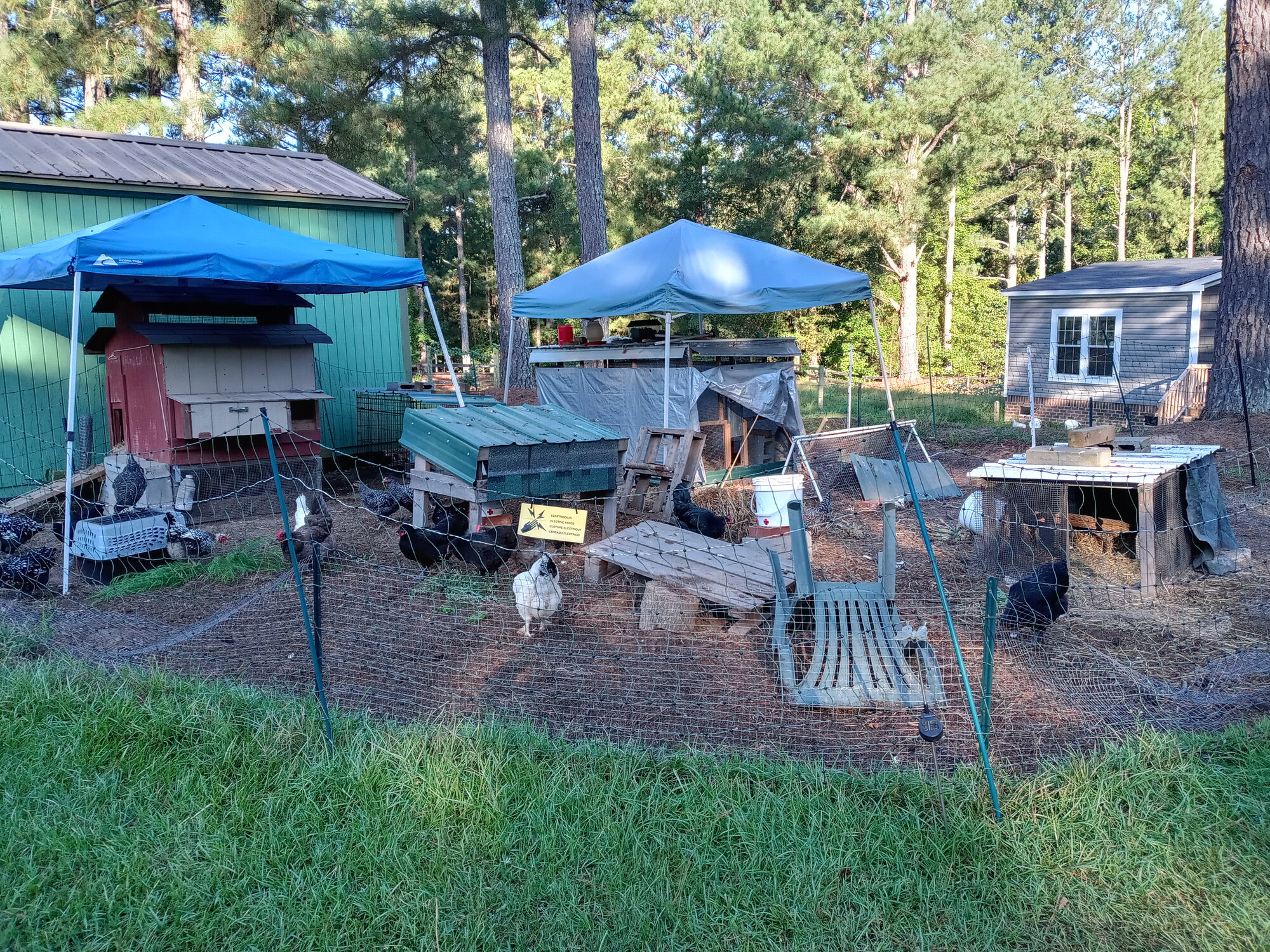 Here is a picture of my run. I added even more stuff as the summer went on. @3KillerBs run is a great example of a cluttered run. I borrowed a lot of her ideas. 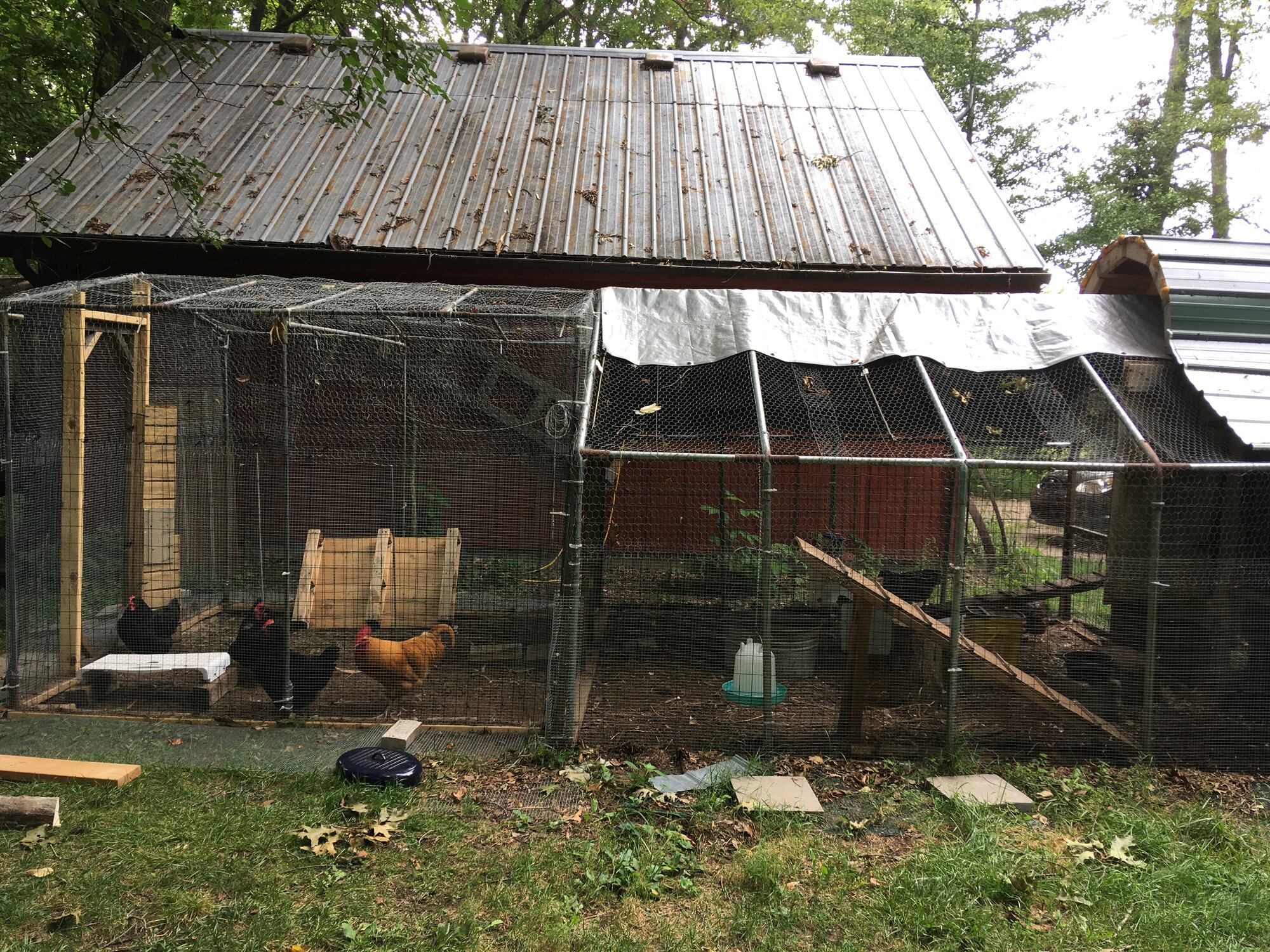 My current setup isn't quite as well-cluttered. 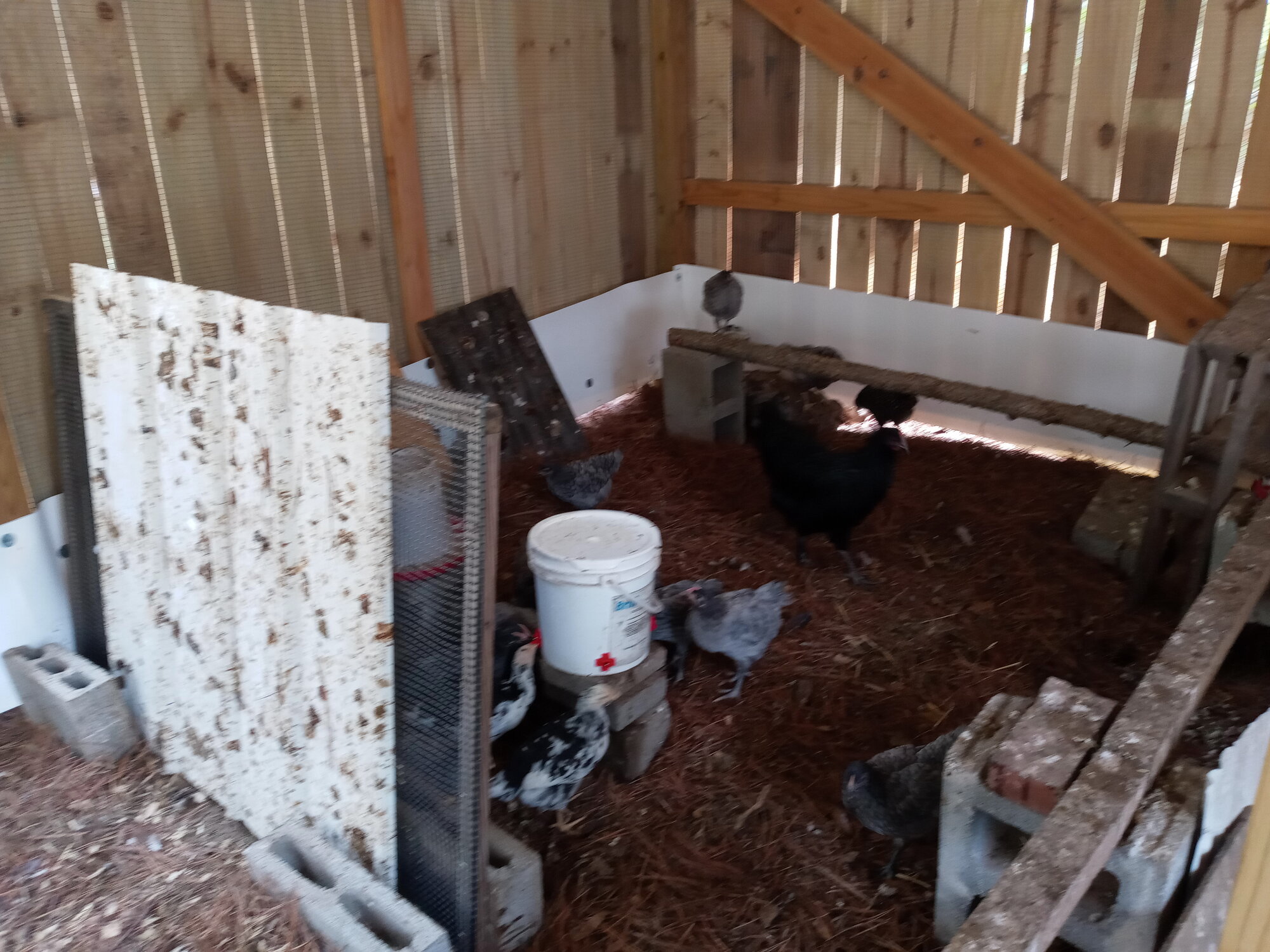 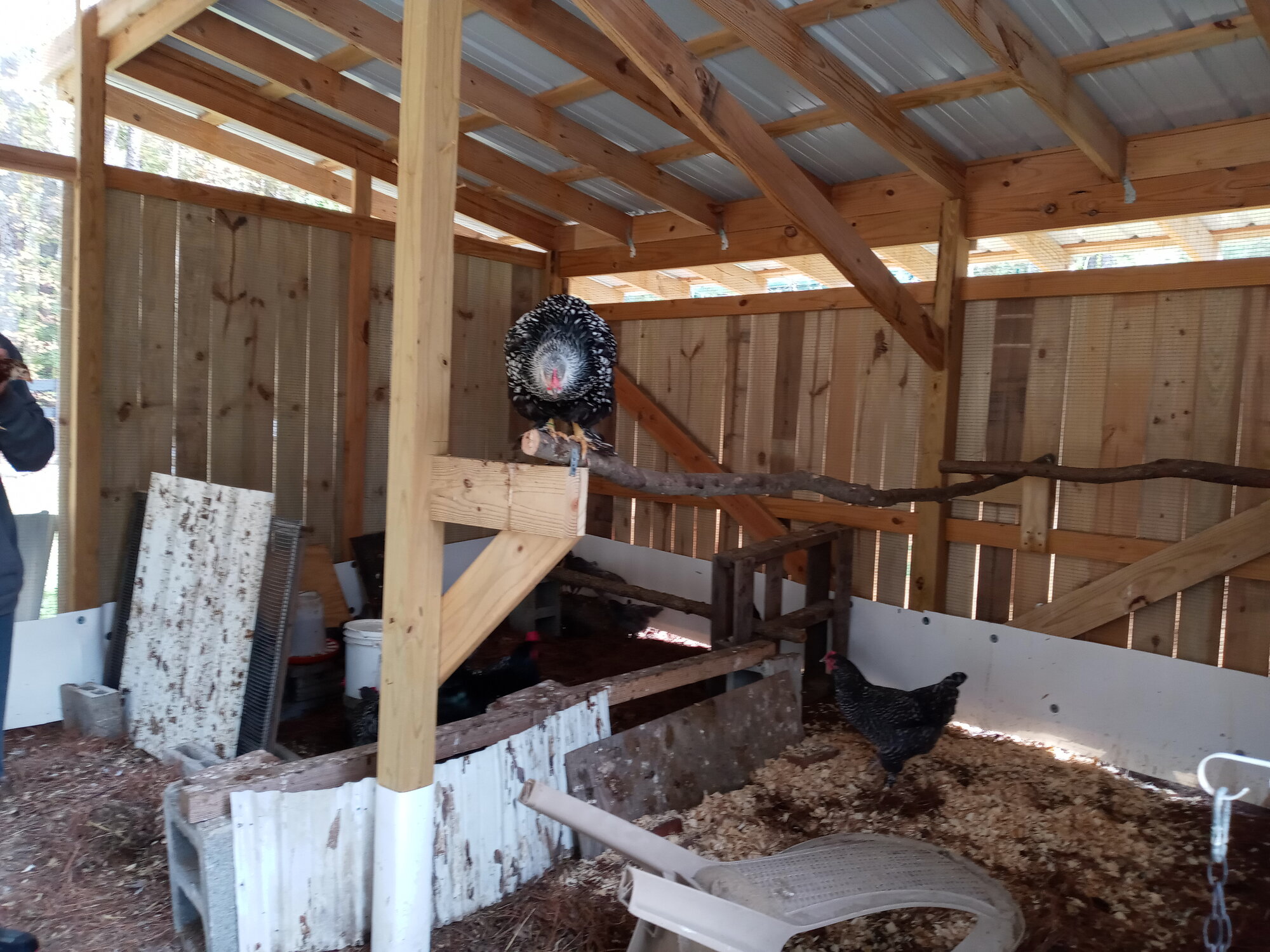 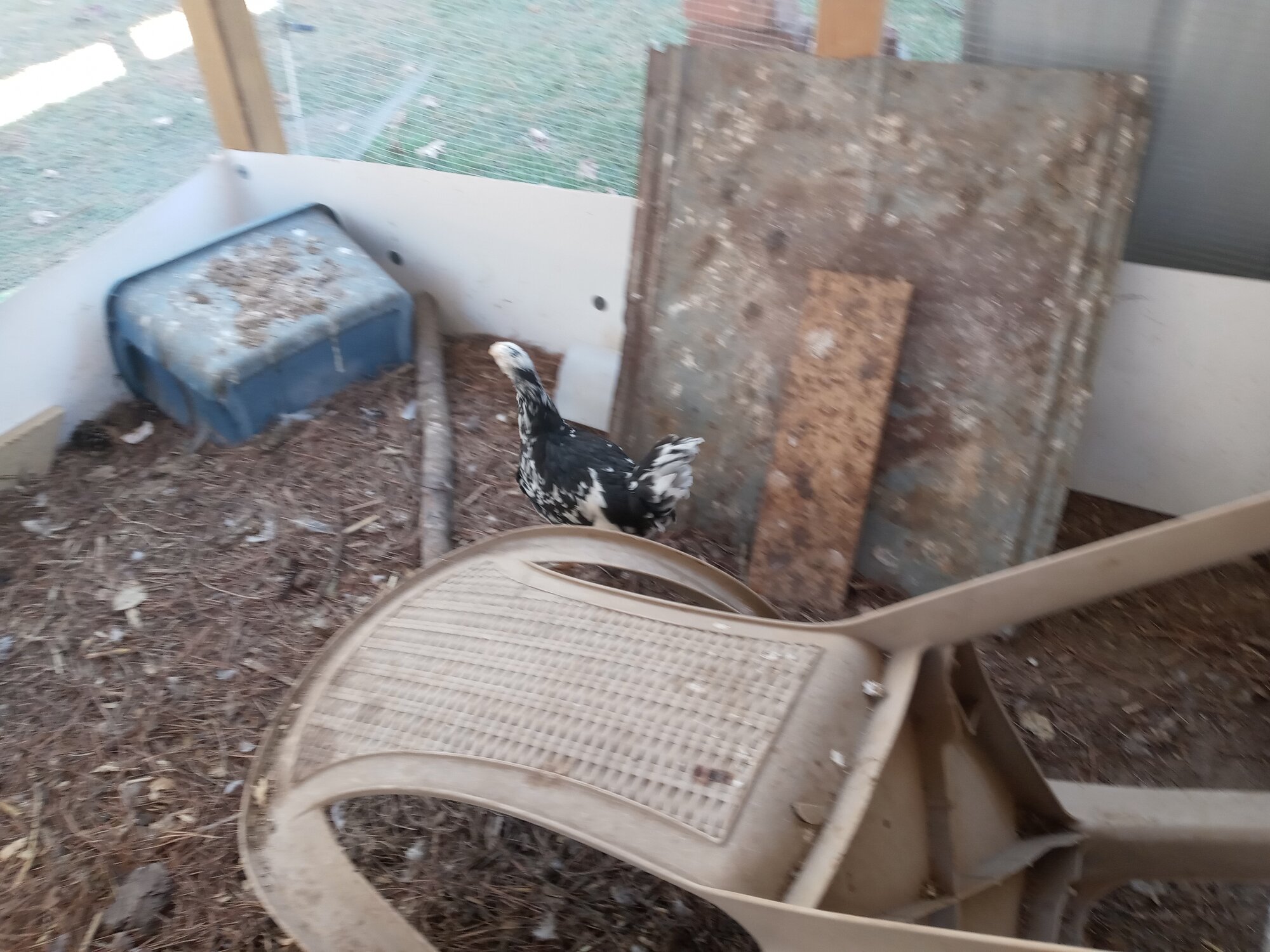 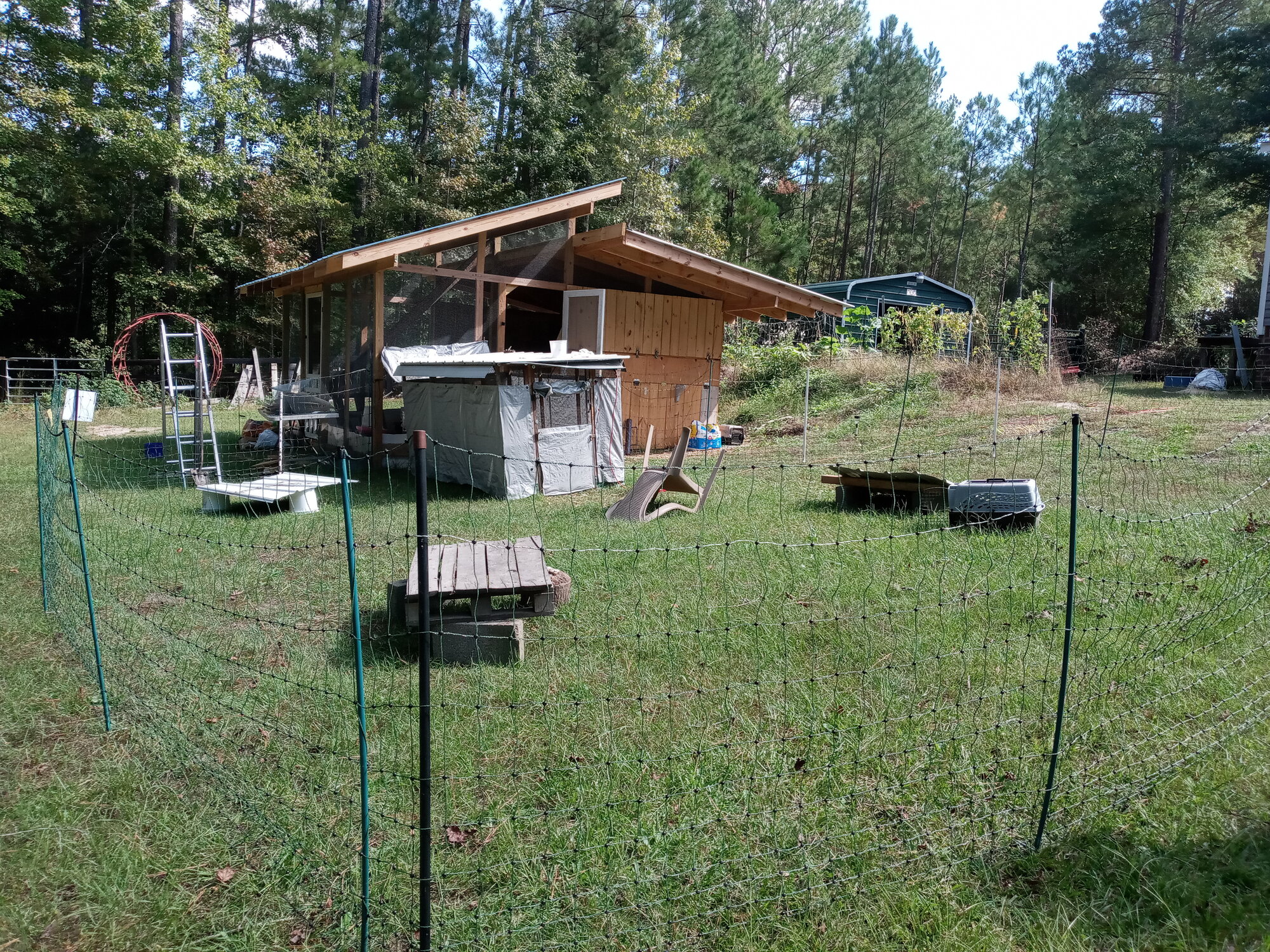 Sounds like your cockerel is trying to mate with the pullets. Like other have said the males mature faster than the pullets and they just aren't interested yet.

I just used some pieces of press board I had in the garage and placed it against the wall. Now there is several places for them to hide if needed.

S
Why is my rooster acting so weird all of a sudden?

My rooster is a chicken