Well my son, who is deaf, and was deaf from birth has decided to go to an all deaf school for his senior year. He was at an all hearing school since he was 6 months old and had many friends there and he was a wrestling star. He was in wrestling since third grade. He took first in his JV year at state

And Varsity went to state MANY times and the year before he left they took first at state. He was very liked at his school and NEVER once had a problem with the kids giving him a hard time about his deafness. He also got many metals not only for wrestling but for his Academic ability. He always got A's and B's.
What he told me that made me cry was "Mom, I just want to be able to walk into school and "TALK" to people instead of having to pull out my tablet and write to them". All these years he felt this way and he NEVER told me. He knew how important is was to me to have him home. At the deaf school you live at the dorm and it's 4 hours away from home. So together we made the decision to make the move. It was HIS decision in the end and I told him I would go with whatever HE decided. And it was hard...leaving his LAST year of wrestling to go to a school where they did not offer wrestling, but he did it. He already knew all the kids their because they all went to Lions Camp (deaf camp for a week) since they were potty trained

and everyone has been begging him for years to go there. The vice principle called me and actually cried on the phone saying how much she will miss him and that he has a special place in her heart.
Well, I MISS HIM! A LOT! I pray every day that he's ok but I NEVER worry that he's making the right choices. This boy is perfect! LOL Well, you know what I mean! He would never do drugs, he won't even date a girl who smokes and he doesn't even like wine coolers LOL. He has a good head on his shoulders that's for sure. I trust him 100%. He tells me everything! He told me when he first kissed a girl

we just have always had a good relationship and he always felt he could talk to me.
When we enrolled him at WSD he was attacked by a mobb of students! It made me smile but still knowing that week I would NOT see him everyday after school made it hard for me. He signed up for Football for his VERY FIRST year ever...he was nervous but he loved it! Not sure what the name of the spot he plays but he was the one who sacked the quarterback ALOT LOL He's quick on his feet because he learned that in wrestling so he went for the feet of the quarterback and he got record sacs LOL Today I got a letter from his deaf school saying that he was elected to the 2008 Homecoming court of honor and will be recognized at the Homecoming on Oct 18th! I get phone calls home from his teachers telling me what a kind, respectful young man he is and we could not be more proud of him! He went from being a trying, temper tantrum throwing little 3 yr old to a wonderful young man

This Oct 18th we are going to watch their homecoming game

I can't wait! SORRY this got SO long!

Here are my kids

My oldest son with his best friend who is also deaf, than my beautiful daughter who is 19, and than my little sweet baby boy who is 4 now with our Boxer Max. 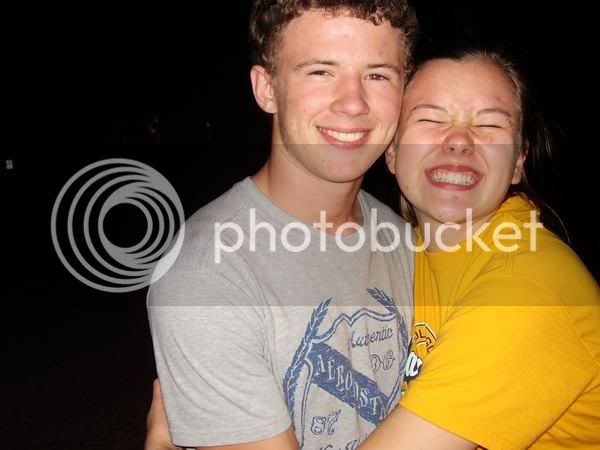 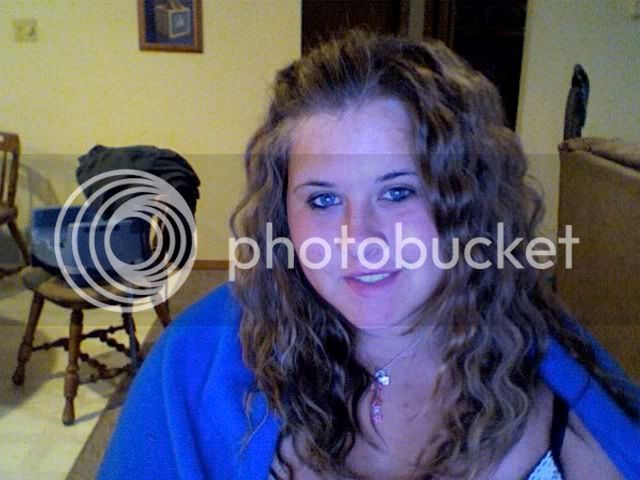 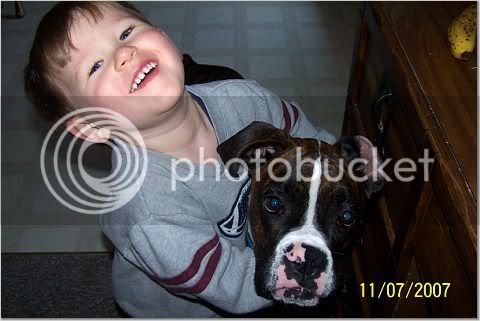 HE made his first ADULT decision!!

WAY TO GO MOM...for letting him!

You are a GREAT MOM!!

My mother is also deaf...it is very hard being in a community of all hearing people. Like on another planet!! We struggled all our lives with living in the 'hearing' world or the 'deaf' world...it GETS very LONELY in between!!

Take care and get that BOY a blackberry for chatting with MOM!!

cheeptrick...did you learn sign really well? We found it pretty difficult to learn as adults but kids are suppose to learn much faster and be better at it. I know my 4 yr old can sign already...it's cute!

As a mother who watched all three children grow up and leave the home, including watching my son go off to Iraq, I understand your feelings.

Each time one of my children passed a milestone in their life: starting kindergarten, graduating, marriage....I felt that tinge of sadness but what I really felt was pride and comfort in knowing it "is as it should be". We give them roots and we give them wings. We don't own them and we can't cling to them, we must let them go. And they need to know we are o.k. with that.

You and your son made a wonderful decision.

I know mothers who smother their children and act like their world ended if the child even spent the night away from home, calling and checking on them, crying and carrying on. These same kids, now young adults, feel like they have to stay home till they marry and then live close by, can't go off to college because mom will break down, etc. etc.

We shouldn't want our kids living their lives for us - they should be living it for themselves knowing that we (their parents) are right behind them encouraging them all the way.

You can proud of yourself. It sounds like you raised a wonderful young man. My son graduates this year and is then headed off to University of Michigan. I'm happy for him and I'll support anyway I can to help him accomplish his dreams but I dread the day he graduates (just for selfish reasons, hes the baby).

LOL, he is not gone, just out growing into that adult body!

Many of us older parents have already experienced this with our children that have gone on to college, military, jobs..etc.

Awww, it's awful to have to let go isn't it. My son still technically lives at home, but he is never there and quite often I have to call him and ask him when he is gonna grace me with his presence. It's hard and you will miss, but he is going to be better for it in the long run.

Quote:
WE did NOT fully learn ASL...we know enough to get by and sadly my Mom struggled with her hereditary deafness/hearing loss and did not learn ASL either. She was completely deaf by the time I was 7 or 8. In her family...the boys were born deaf and the girls had a gradual loss over time. We struggled with our 'deaf' family after our Mother chose to have the cochlear implant. Our deaf side...thought she should absolutely NOT get the implant...embracing deafness as a culture and speaking different language. But since she had hearing as a child....she struggled with entering the deaf 'culture'. SHE did go to a hearing college and complete her degree in Accounting/Finance and we are very proud of her. I would go to class with her when I was in high school and take notes for her while she was in college...she is an inspiration to me as an adult.

Your son must have the patience of a BULL...have you ever tried to 'talk' to someone who did NOT know your language!! MAN is it exhausting!! LOL

No deafness in my generation...yet!

My Sweet Goose Turned into a Psycho