I woke up to find one of my hens dead in the coop this morning. I did a necropsy on her and wanted to share, as I try to do.
She was a very interesting one today. She had at least 3 major things wrong with her, but I believe her cause of death was kidney failure.
She was bright and alert and eating up until yesterday, which is consistent with bad kidneys. They're fine until they're not.
I had a Swedish flower hen die of the same thing a year or so ago, and this one was also a Swedish and from the same batch of chicks.
She also had a respiratory tract infection, which wasn't a surprise, we have mycoplasma in our flock and usually have a few sneezy birds.
Lastly, she had salpingitis.


So this first shot shows her heart, and if you look you can see sheets of white urate crystals across the cranial aspect. You can also see some just on the tip of the liver lobe between my hands. 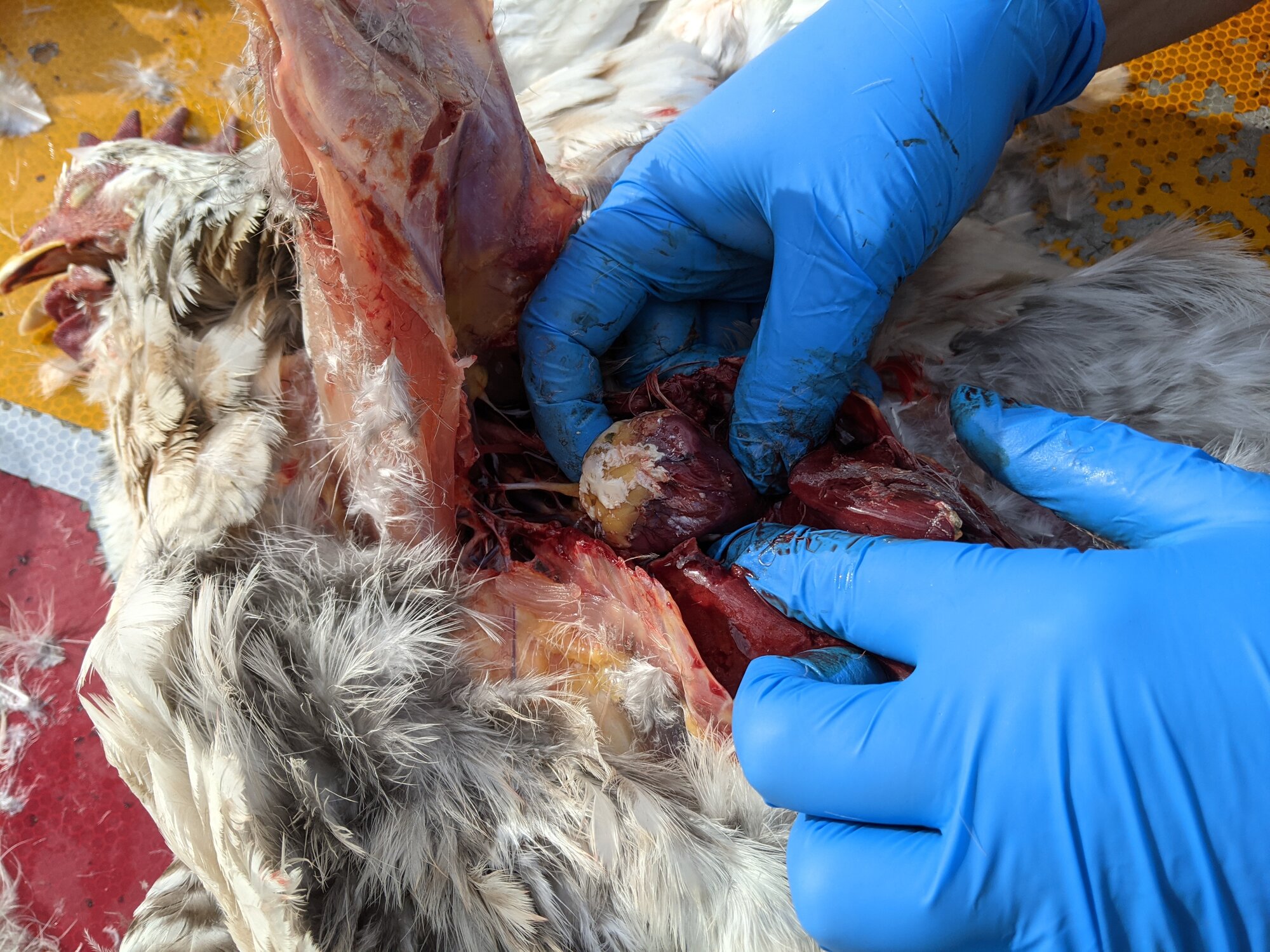 This pic shows the 2 lungs on the left and the two kidneys on the right. (yes, really, those are the kidneys!)
In the middle, you see some lash material that was plugging up the oviduct.
The lungs were very bloody, but were nice and spongy, so I think that was just a post-mortem effect.
The kidneys were crazy diseased. Weird shape and color, grossly enlarged, and very fragile. 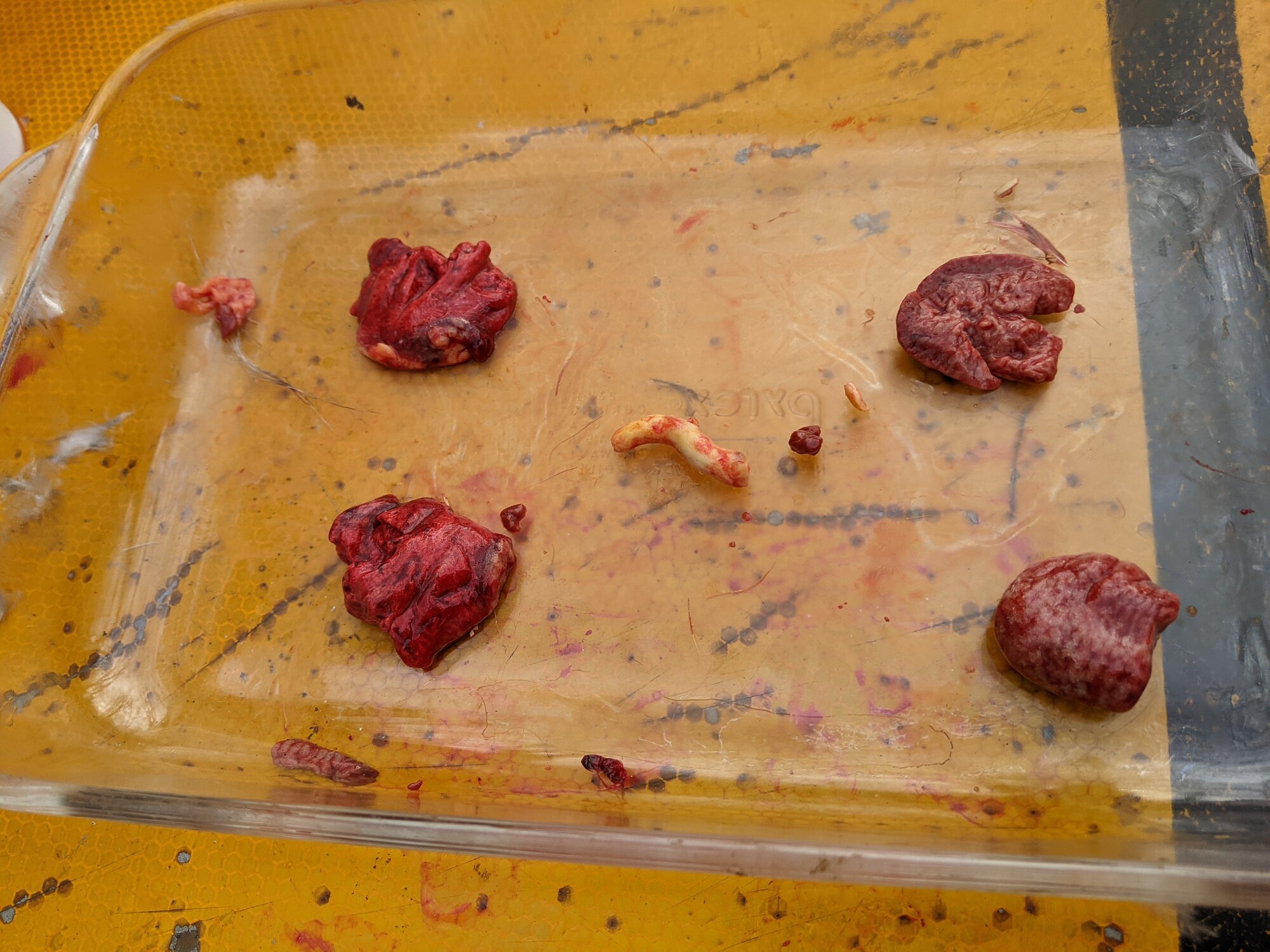 I also took some blood from her chest cavity and did a blood smear, something I haven't done before. Someone asked me a year or so ago if I had a chicken blood smear, and I said I'd get one sometime. Better late than never.

Chicken blood is fascinating, it's so different than mammalian blood. This shows a smear stained with Diff-Quik. Their red blood cells have a nucleus, unlike those from mammals. Most of the cells here are RBC. I believe this shows a heterophil (a chicken version of a neutrophil) and I think the purple cells with the wispy cytoplasm at the bottom are lymphocytes. Also a thrombocyte, the bird version of a platelet. 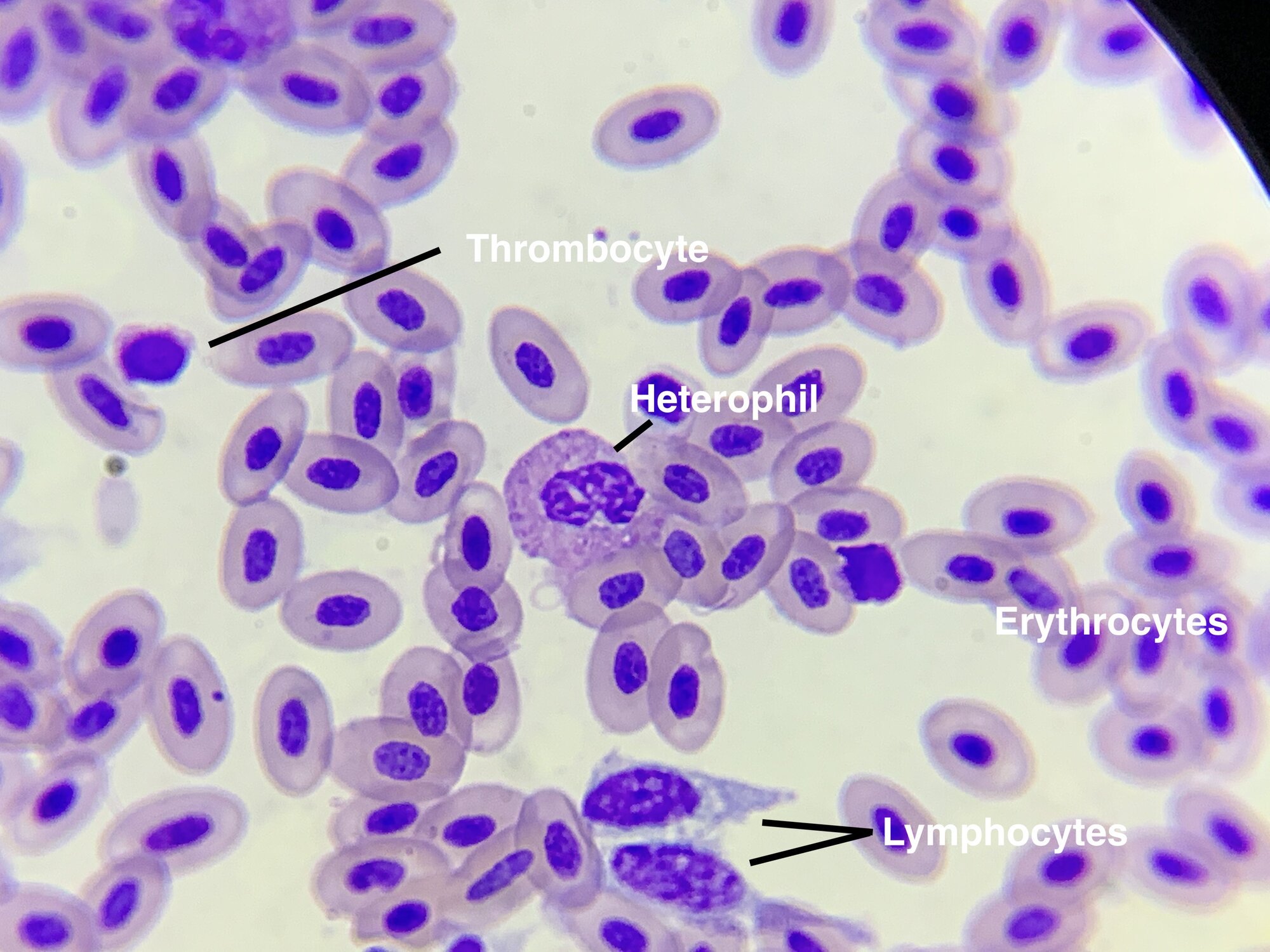 I'm sorry for your loss. Thank you for the informative post.

I'm sorry you lost your girl. Very interesting post though; thanks for sharing! Are you a med tech or vet tech? I've never thought to do a smear on my pets, but it looks beautiful.

Fascinating. Thanks for the lesson.

Fluffy_Butt said:
I'm sorry you lost your girl. Very interesting post though; thanks for sharing! Are you a med tech or vet tech? I've never thought to do a smear on my pets, but it looks beautiful.
Click to expand...

You're welcome! I'm a veterinary parasitologist.

What was wrong with this hen? (WARNING: Graphic necropsy photos)
2 3

What is this? (graphic photos)