Need help figuring out the sex of my chickens.

I have 6 New Hampshire Reds, they are now about 4 months old and just started molting, since they were just a few weeks old we could tell that 2 of them were roosters it's still obvious they are now, they have large combs that lay over, I would say maybe 1.5 inches long.
And up until the last two weeks the other four looked like hens to me. but now I am starting to wonder.

one of them has a very small comb, obviously a hen.

but three of them are starting to get longer combs, not much but definitely longer than the known hen. but the comb doesn't lay over, I would say it's about 3/4 of an inch long sticking straight up.

here are some photos.

Here is the obvious hen. 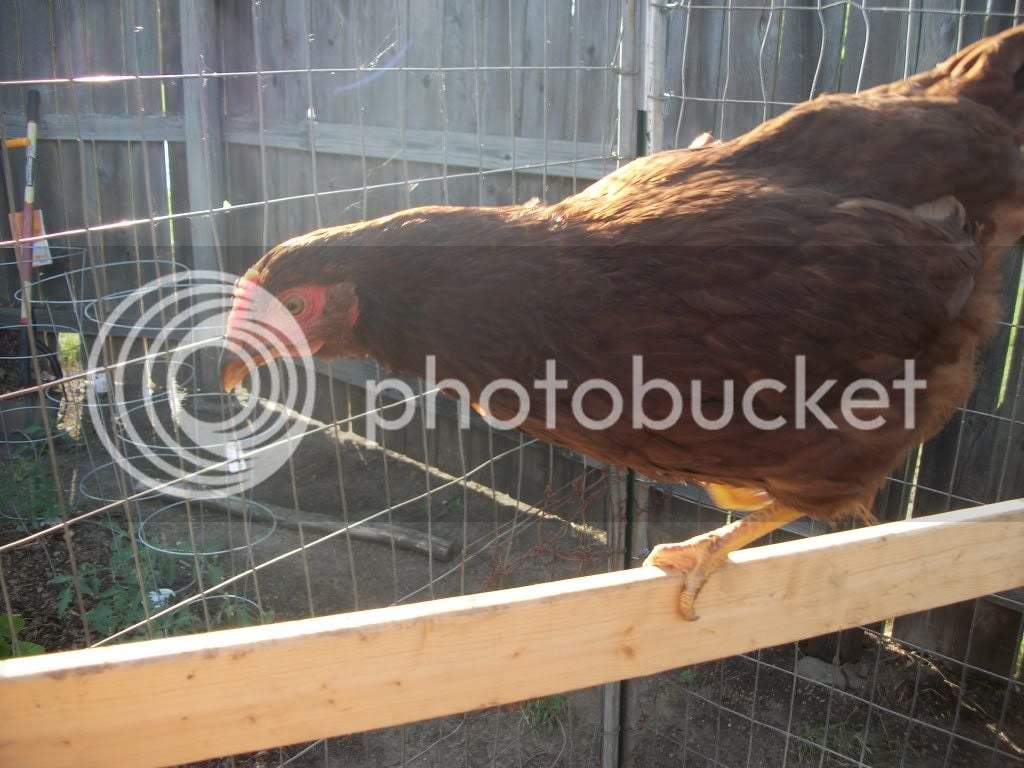 Here is one of the three that we thought were hens, what do you think? 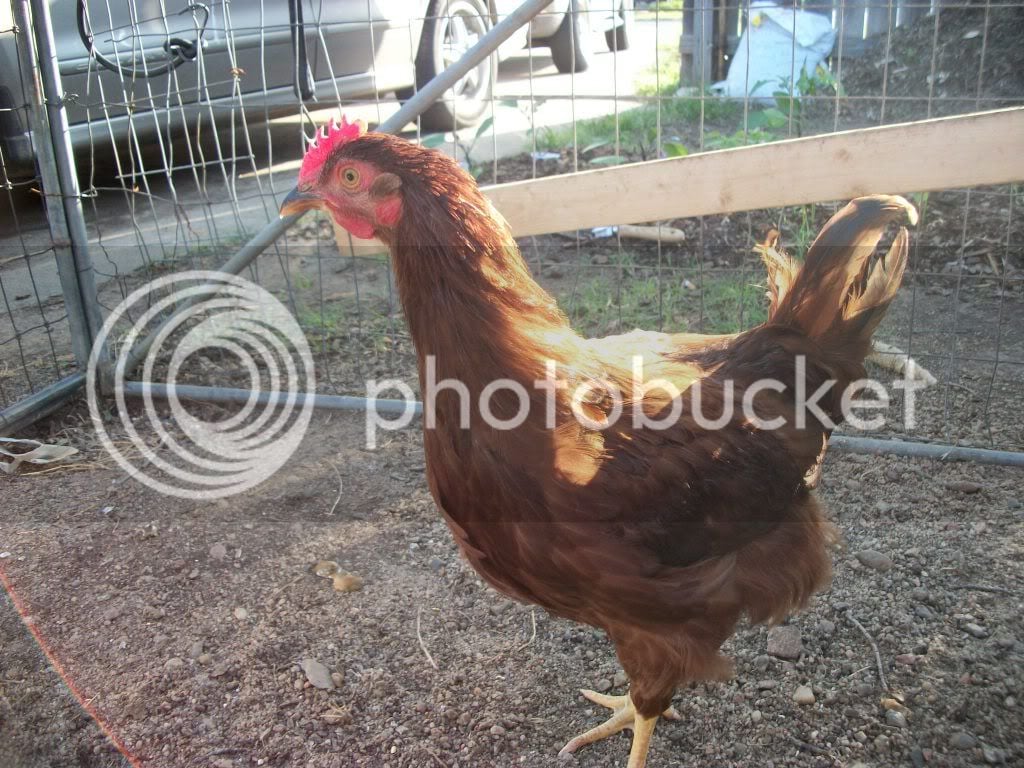 Here is one of the known roosters on the right, and one of the questionable ones to the left. 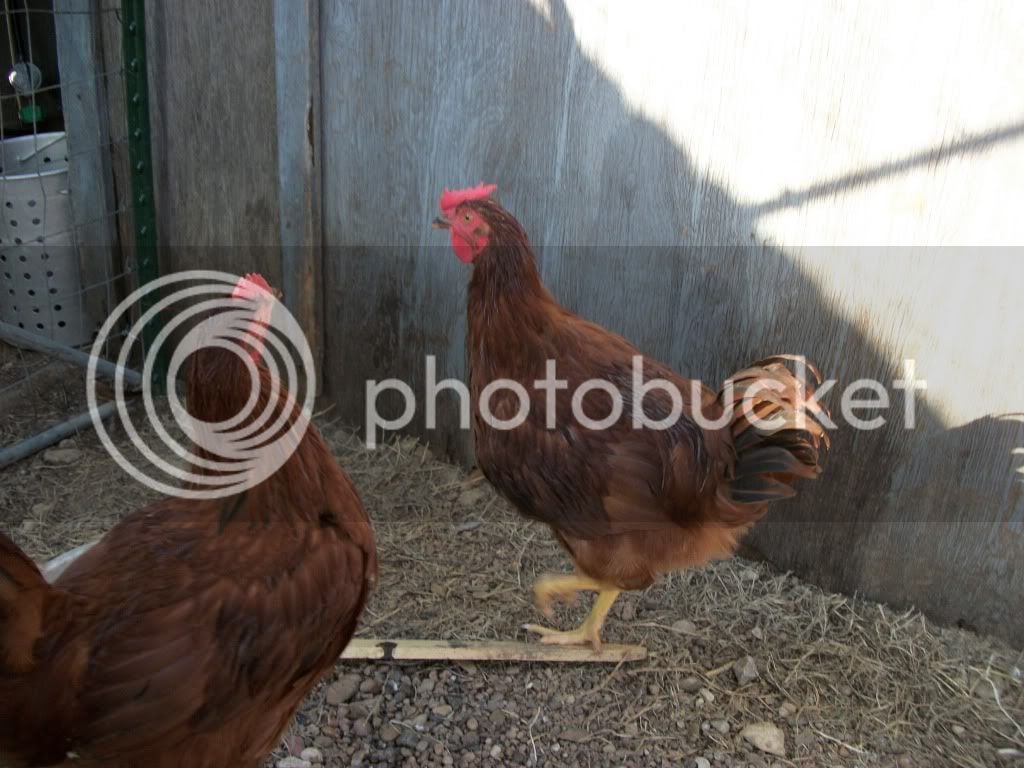 The first photo. a girl. The 2 others boys.

Those look more like RIR than NH. My NH are much lighter in color. But both my RIR and my NH girls started developing a pretty big comb by that age.

Hopefully someone can come along with more experience and tell you for sure.

Hard for me to say exactly who's the roo and who's the hen. Part of the problem is that they don't have the same types of combs. Interesting mix of breeds, you'll need to look more at hackle and saddle feathers, as well as leg thickness.

Quote:
Hackle and saddle feathers? Please explain. I am not sure what that means. I am a newb. < EDIT: I did a search on the forums. and reading up now.

Oh and they might be RIR, I didn't buy them my neighboor did and we share the work. it's been awhile since we talked about it, I probably got that wrong.
Last edited: May 29, 2011

ok, so after readying up on hackles, would it be safe to say that if they "puff" up then they are roosters? I will go out and watch them for awhile and try to see the difference in feathers.

The hackles are the long feathers hanging down the neck, if a rooster they'll be "stringier" and pointed at the tips. The saddle feathers are the ones right in front of the tail. In a rooster they will also be pointed and grow longer, curve downward and eventually be like a saddle on his back.

Sorry, I'm not explaining it very well. There is a wonderful drawing here somewhere, I can't find it right now, dang it.

I was also wrong about the age, they were picked up at trackter supply on March 11, so probably less than a week old? that would put them at 12 weeks if I do my math correctly.

I am thinking I have 5 roosters and 1 hen. dang.... that sucks. being that just in the last 1 week or so is when we started noticing the change. it's weird that before last week we were convinced we have 4 hens.

I guess it's time to order some new chicks from the internet. I will pay extra to have them sexed this time.

What kind of chicks are you thinking about ordering? AND

probably more of the same RIR, why do you ask? do you have a suggestion? We live in Northern Oklahoma, so my neighboor did a bunch of research and thinks the RIR were the best for this area.

When will my hens trust my cockerel
2

Tuesday at 10:35 PM
ElizaMay
E
J
Doesn't crow, but looks like a rooster?

D
Hen is not laying

How can I help my hens lay more?