I just got a pair (along with a bunch of straight run that turned out to be cockerels) of English Whites! I've named the hen Suki, but the cockerel doesn't have a name yet. Any suggestions?

Here are some pics, they were in their outdoor run. Happy quail lay lots! 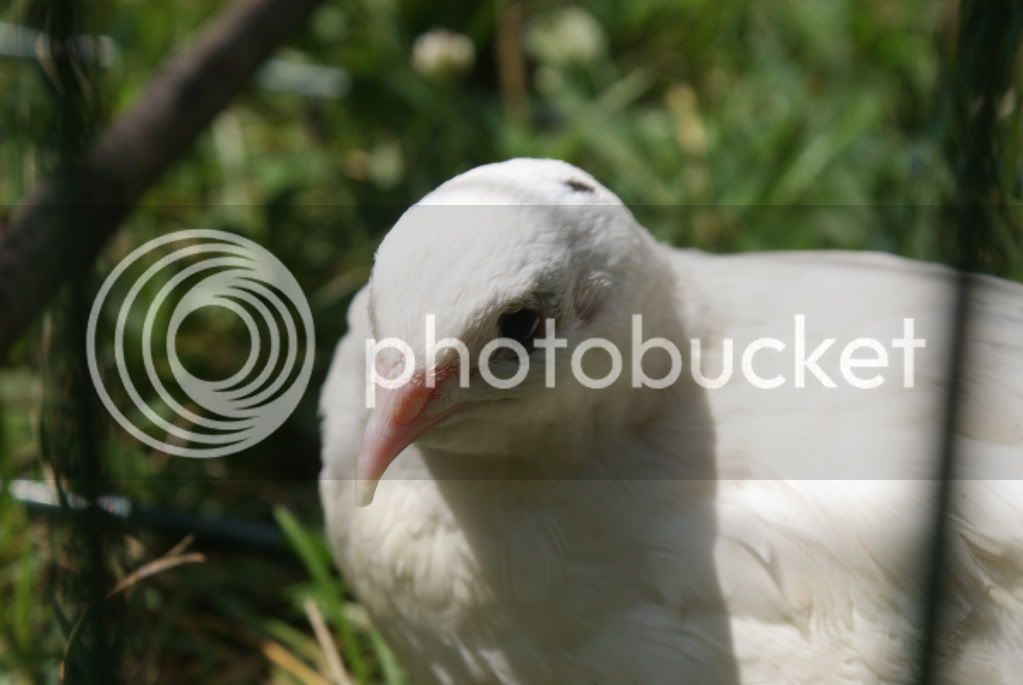 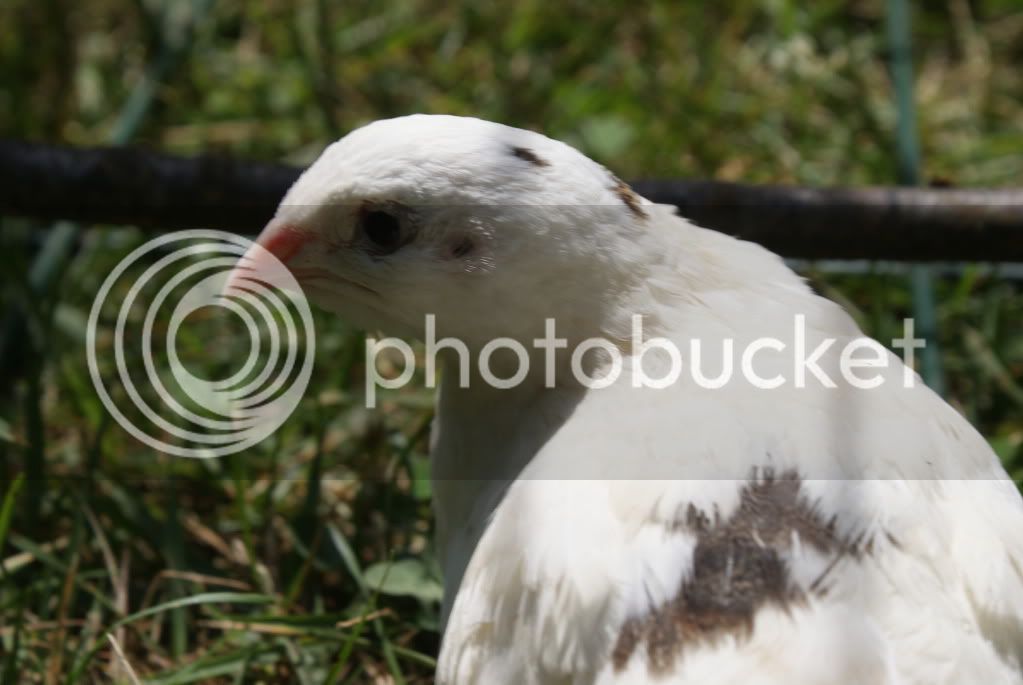 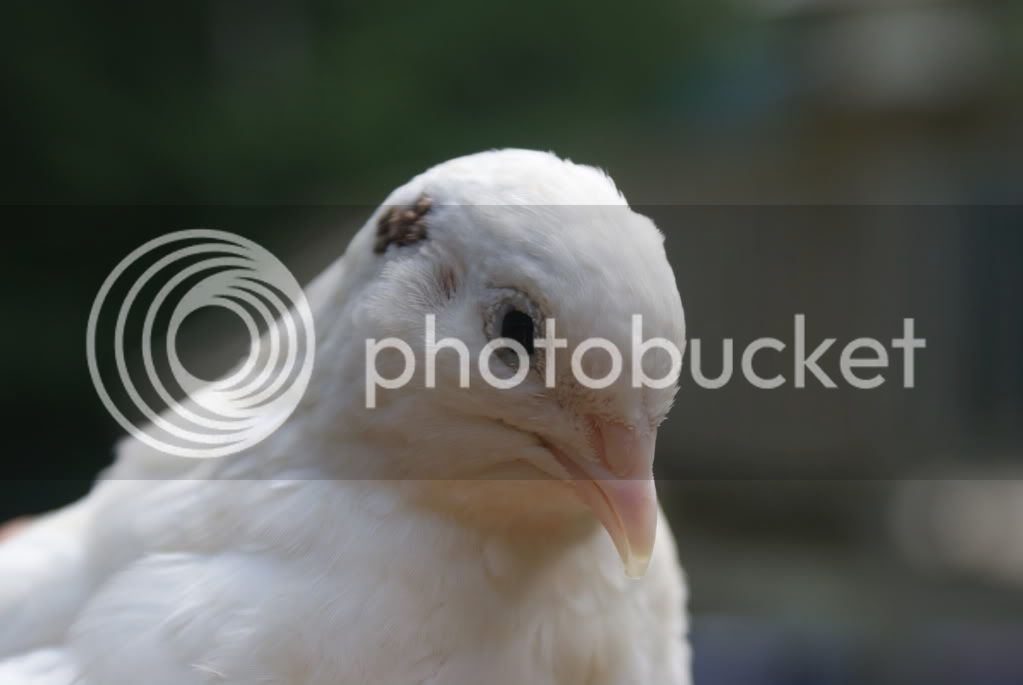 (crowing at the cam, lol) 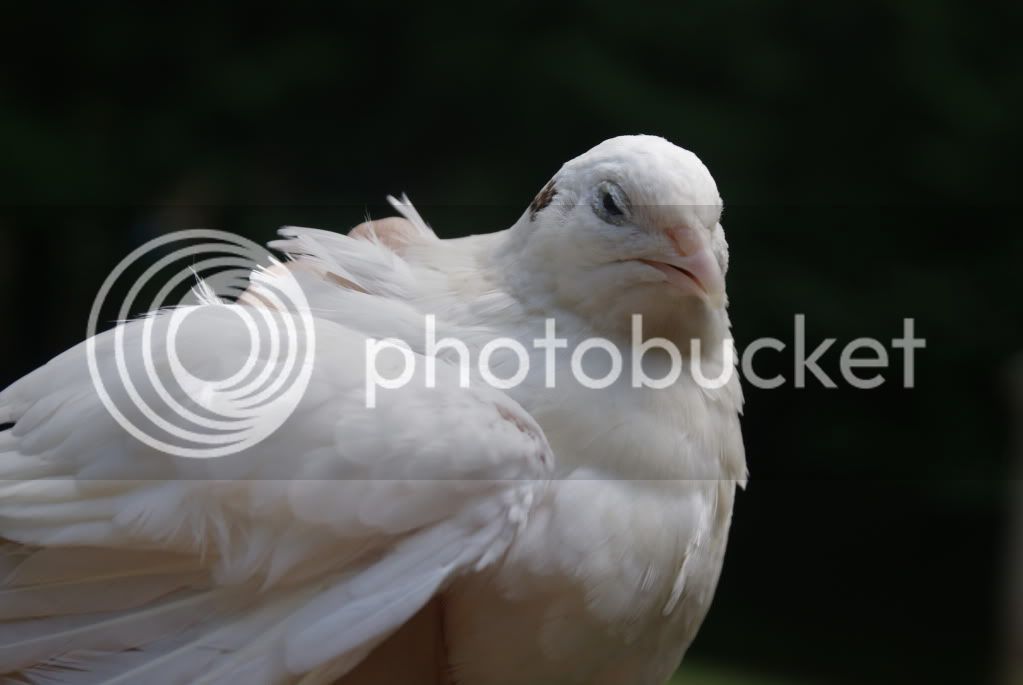 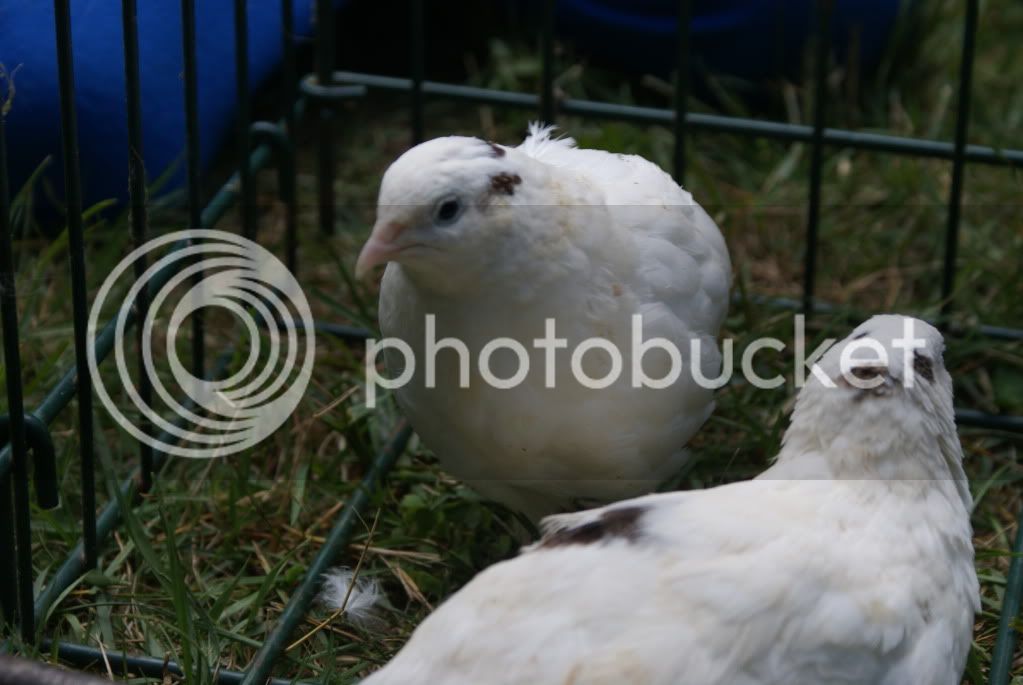 they're a little dirty, I just got them sunday. They were in with eight other birds in a 1'x9" cage. The Cockerels will be at the June 21st Swap in Milford. Pics Here. Correct me if you think any might be hens, I would need to keep them!

That is a nice pair!
No clue for the name

AWW! They look like my Texas A&M named Smiley! (the spots on the back of her head are shaped like a smiley face) CUTE

Sadly those aren't English Whites they are A & Ms (you differ them by the markings).

English whites do NOT have any color spots, A & Ms can/do. Though I even have some PURE white A & Ms. It's a different gene (English white verse A & M).

Thanks everyone! hhhmmm.. I've read that it's the other way around. My book said english can have all the spots and A&M's are whit except for minimal spotting on the head. these both have rosetta-colored spots on their backs. plus, they are REALLY SMALL.

like 3-4" long. anyway, it doesn't really matter to me, as long as she lays! Thanks for the info.

Quote:
if you read that info on the strombergs site they have it wrong. LOL! Also the size has nothing to do with it. I know you don't care but wanted to let you know they are not English whites.

"The English White variety possesses an autosomal recessive gene that produces an all-white phenotype. This gene when homozygous is epistatic to the previously mentioned E gene. The gene symbol wh is proposed for this gene to replace symbol w, which was previously assigned to another trait. English White quail are also homozygous for E, which they carry as a cryptomere. The Tuxedo variety possesses both the E and wh genes and this color pattern is the result of their complimentary action. It is homozygous for the E gene and heterozygous for the wh gene. Birds that are heterozygous for both of these genes have a shafted tuxedolike pattern"

Got this info from scientific studies: http://jhered.oxfordjournals.org/cgi/content/abstract/70/3/205

A & Ms are likea blanket, they cover another color. ( eta: that sometimes has holes in it lol *the patches of color) there are also pure white A & Ms but if the white bird has patches of color it's not an EW.

Rosettas have pure white lacing. ETA if it does have white lacing (that i cant see) then it is a rosetta wanted to add that in there. As I learned today taht orange tibetan IS rossetta. We all learn something new

I'm not sure if I spelled it right but...

Those do look like A&M's, but I've never seen the English up close, so what do I know?

I
Bachelor flock - add this roo or not?

I cannot wait to see what these become! Any guesses on breed??
2 3