Well, I think we're wrapped up! Gonna give the rest until tonight and then float test them but I can't see/hear/feel anything. Introducing: 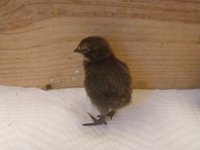 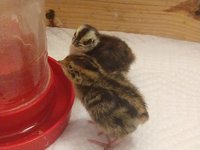 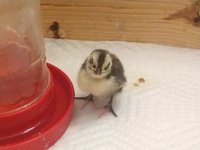 Goldie - wild type with a tiny orange trumpian combover in the back! I'm dying. 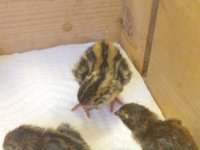 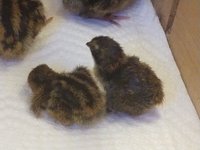 My newest little dude, also unnamed, who hatched out twice the size of some of his siblings! I'm pretty psyched because my other Italian chick was a little behind in size. 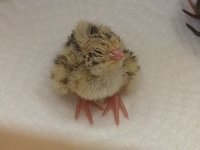 I have one more "special needs" baby I'm having to nurse round the clock. Poor guy pipped three days early, was born with wry neck and pasty butt, and has not really been improving since his initial vitamin fix-it load. He's pooping easier and he can sit up/hold his head up for the most part now, but I still have to hand-water him and he's really weirdly underdeveloped on one side. We will see if he makes it :/ I don't even know what color he is or if he got a semi-lethal dose of something I didn't know about. He's also not actually wet anymore, just....bald and gunky. I've been cotton swabbing him clean bits at a time so as to not chill him. I'm all ears if someone has dealt with anything similar! He's under strict QT atm. I'll euthanize him if he doesn't improve soon but I had a runt from the last batch turn into a really nice laying pullet even if I won't breed her so I'd like to try to save him. 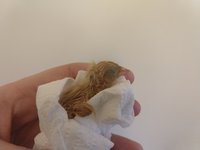 What colour/markings are these quail chicks?
2

Help me decide which male to keep
2

Something is stalking my Quail
2 3