I got a baby silkie ( approx 4 weeks old) today. I'm new to the chicken game and I was hoping you could help answer a couple of questions.

1. It seems that it is missing feathers on its back, tail, and a little on the chest. The farm that I got it from put blu-kote on the back saying that he was "picking at it". I've attached pictures to reference. I'm not sure if this is normal, or if I need to take a trip to the vet. Also, will that blue/purple color eventually come out?

2. I know it's pretty early, but if anyone had any ideas on the sex of this baby. I'd love to hear any ideas! 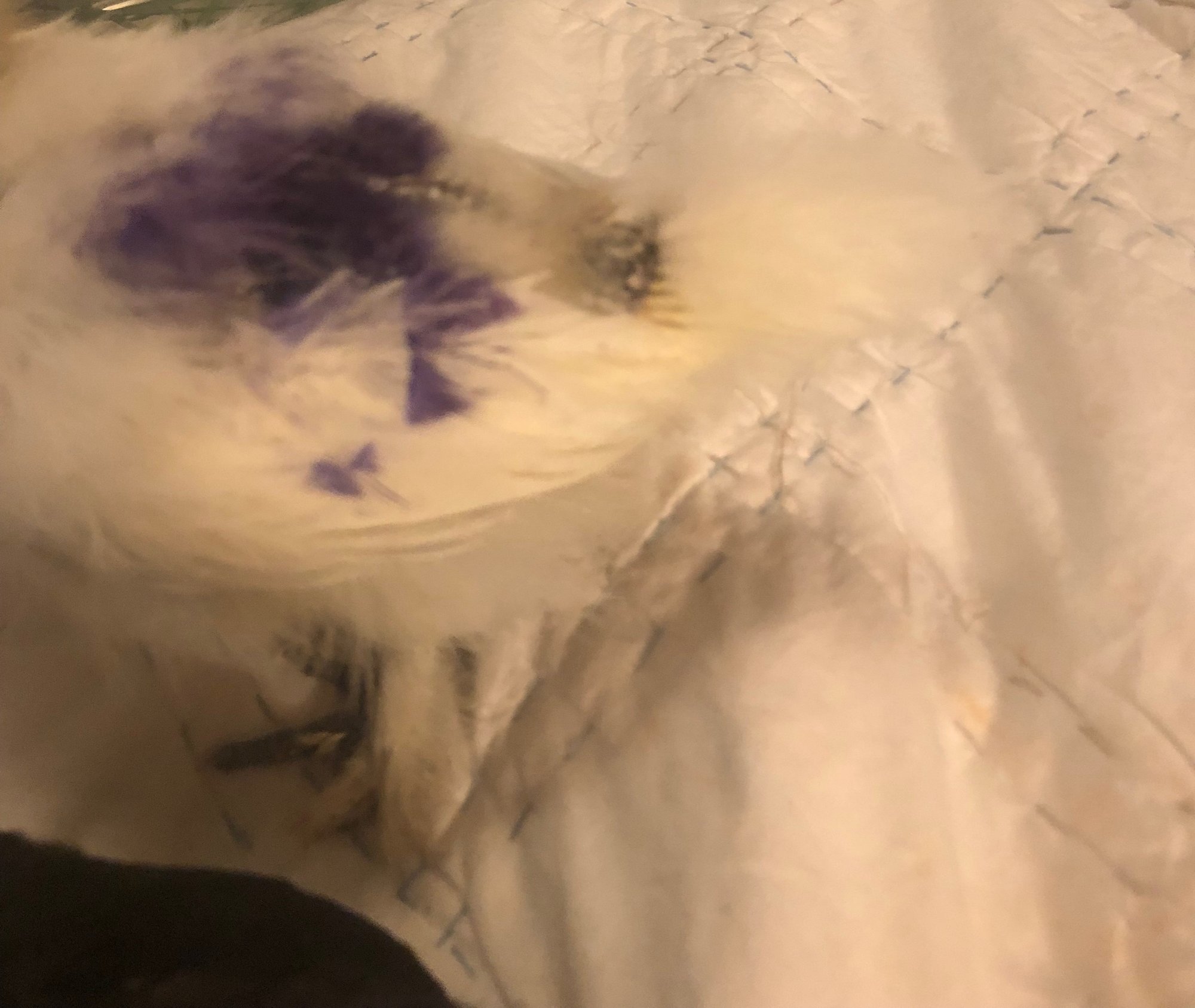 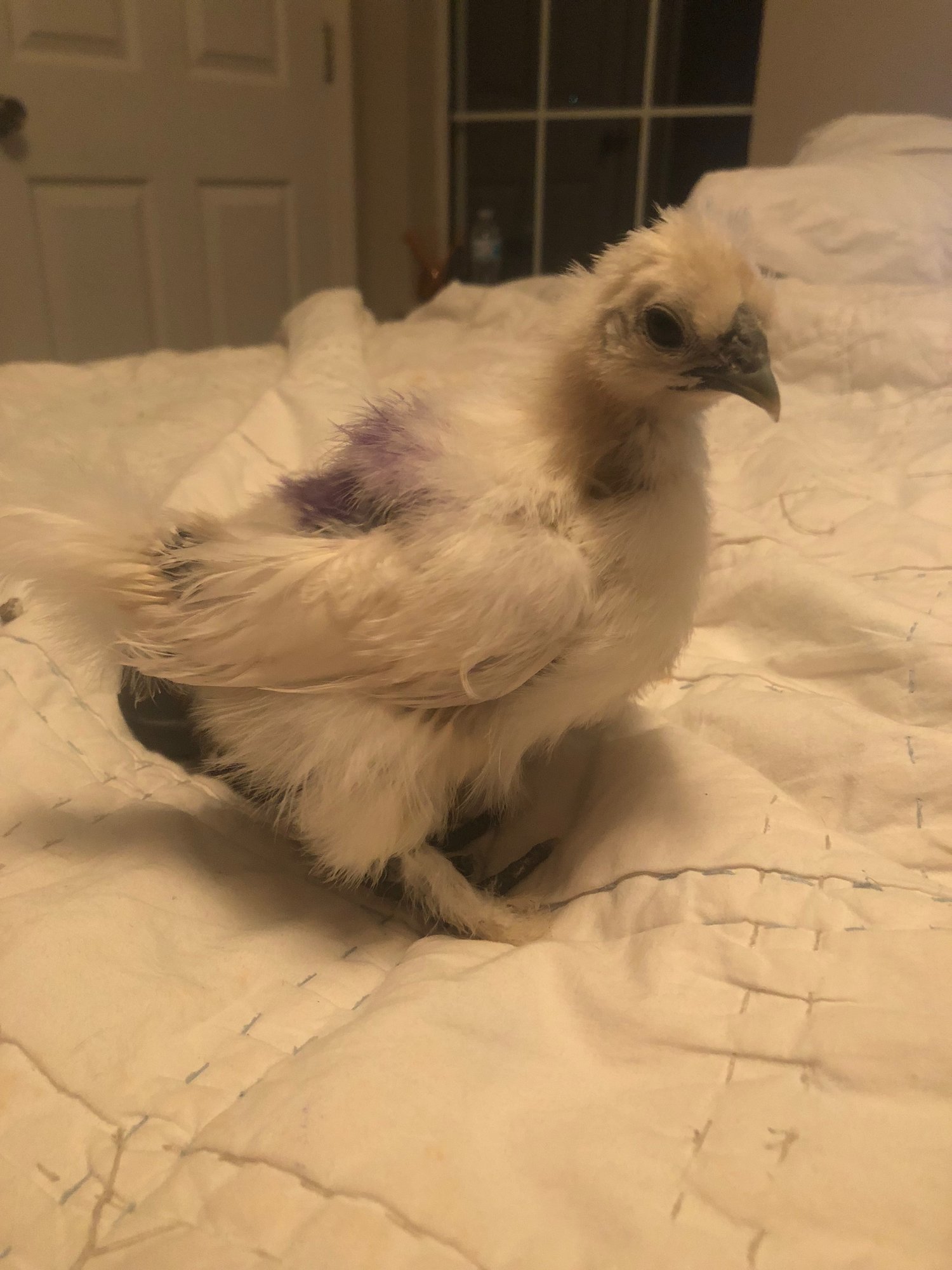 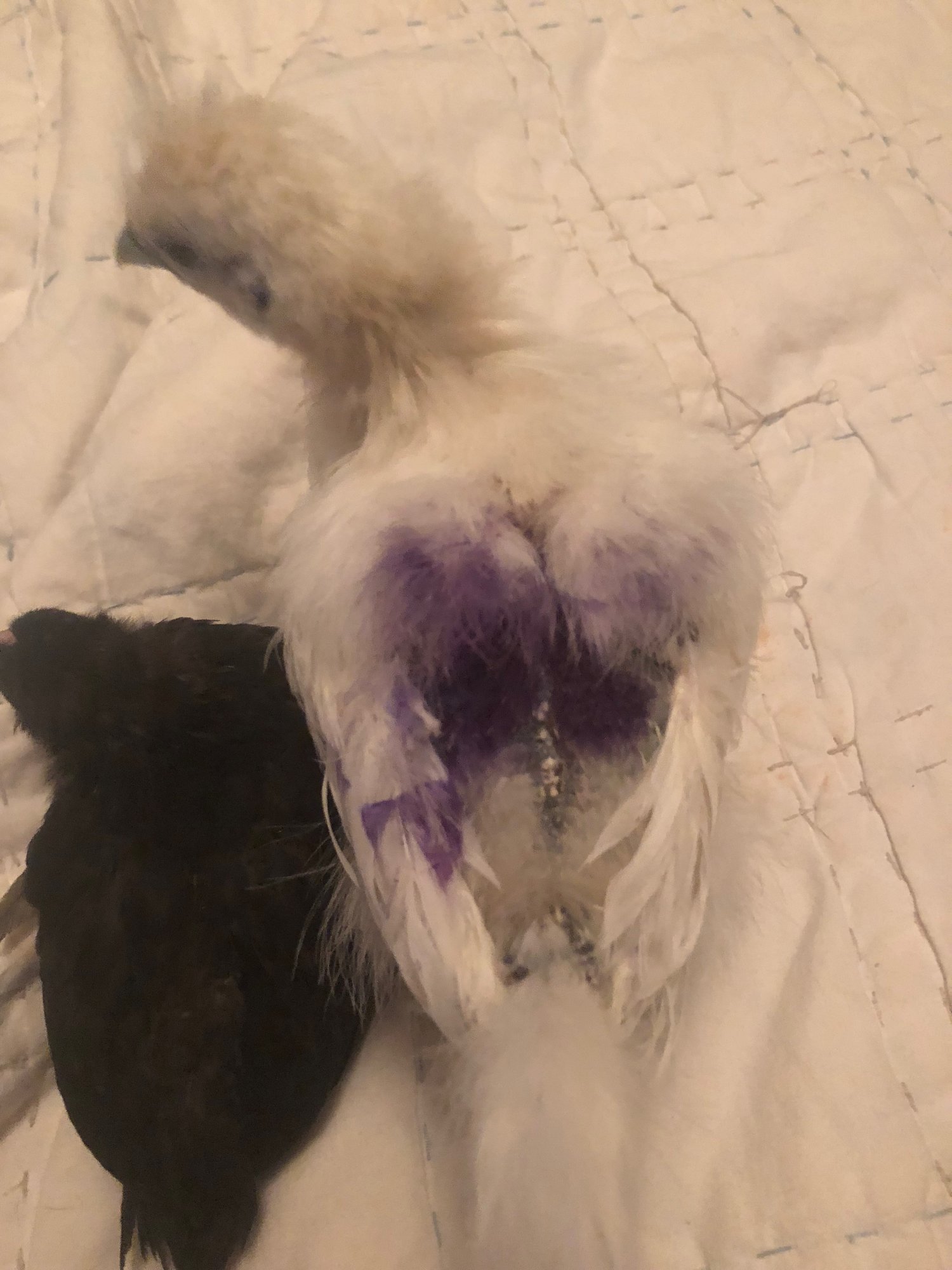 It's a little hard to sex him/her, since as you said, it's a little early. If I had to pick one, maybe rooster, since the comb is a little larger? But again, it could go either way.

The blu-kote should go away, eventually. Washing it might just stress out the chick, and it seems to be there for a reason. But yes, it will go away. As far as the picking, it could be molting? Check for little bugs that could be lice or mites, since those can cause feather loss and/or picking. If you see those, then you should treat them right away. Other than that, as long as it seems like it's eating and drinking well, and acts normal, it should be OK.

It won't hurt to add electrolytes to the chick's water, or to feed it some mashed boiled eggs. They'll be good protein and hopefully help with feather growth. If you don't see any change in the next couple weeks, or if it gets worse, then try checking in here again or maybe try calling your vet to see if they can give you some advice? That way you won't have to make an appointment. This is all pretty generalized treatment, so hopefully someone else with more experience in this will reply. I've never had that happen at that age. Good luck!
A

Thanks! I’ll keep an eye on him/her

I guess its not a silkie!