Mamie Eisenhower had a very close call yesterday! Teddy Roostervelt was making a big ruckus and when I got outside I found a bunch of brown feathers alongside the driveway and Mamie was missing. I tried to get the other 14 chickens into the run (they had been free-ranging) without much luck and resigned myself to sitting outside the run with them until they decided to go to bed. While I was tossing scratch out for them and kicking myself for thinking they would be safe from hawks if I let them out late enough, I heard a flutter and saw Mamie winging out of the trees just outside of the vegetable garden! She landed in the garden and I rushed to unite her with the flock.
Now the first picture shows the feathers in the foreground and the shoop, run and veg garden beyond. The trees that Mamie was hiding in are over the roof of the run, more than 100 feet from where the feathers were!
The only plausible explanation is that a hawk picked Mamie up and carried her off over the shoop. Then she managed to get free, fell into the trees and stayed there until she saw the flock nearby! She is shy some feathers under one wing and has a cut on a toe, but otherwise is fine!
So, now I’m thinking of outfitting everyone with very sharp spiked jackets! 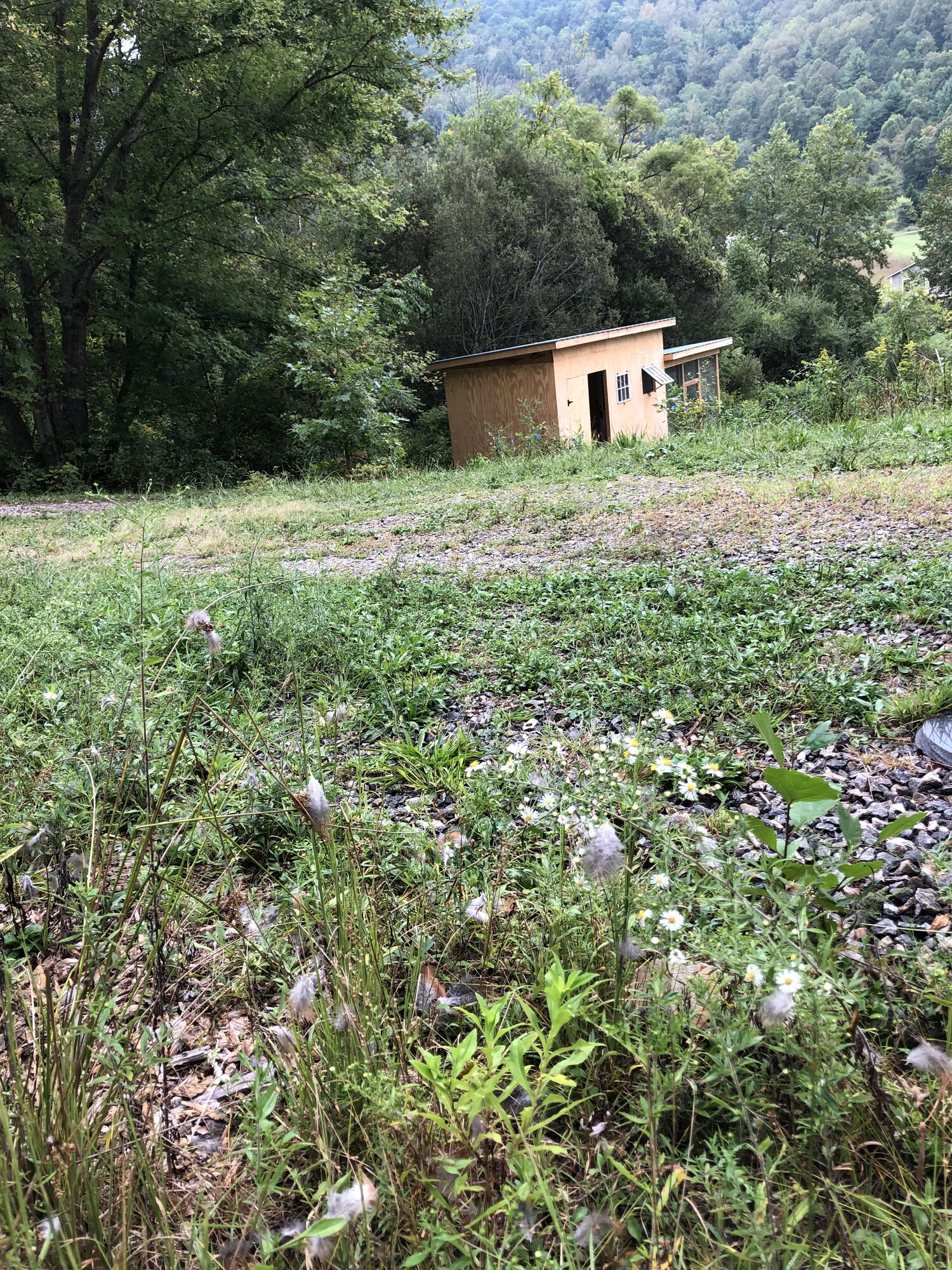 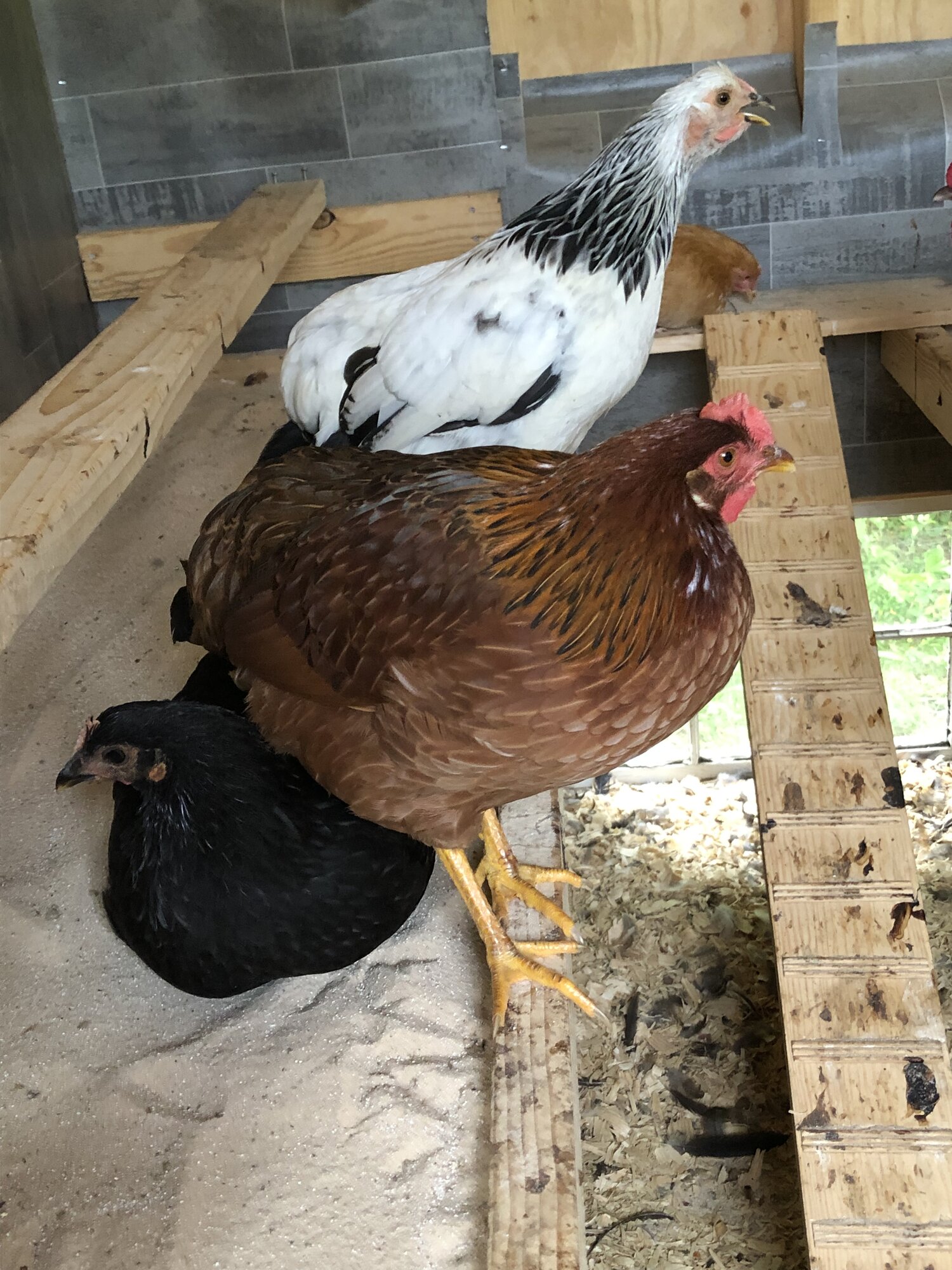 She is one lucky lady!

We both are! I'm trying to figure out how to let them roam without putting them in danger. Thinking adding fencing to the run with netting over top. It makes me sad to have to keep them confined!