Opinion on temperature for 5 week olds

We had to move our 5 week old pullets out to the main barn this weekend. They were with some younger roos that were starting to fight. There are 7 pullets in the hen house right now. They all have some good feathers on them. I left the heat lamp on them Saturday and Sunday. My questions is the outside temp is getting up to 80 degrees this week. Should I turn off the lamp during the day or let it on. Seems they love to sit under the lamp. The house is 6x8 or so and the lamp is in the one corner. The eves are open.

Sounds like a waste of electricity to me. At five weeks old, they can handle temps well under 80 degrees.

Somewhere in the sticks of IN

Yep, they should be fine!

My 3 weekers were foraging around the yard for 5 hours the other day with no heat.. it was about 60F. I'd just have it on if it was below 55.
F

Agree. Save your money on the electric bill to do other things. I moved our 5 week old chicks out to the barn when the temps were far lower than that. They simply don't need it. Mother Hen would have kicked them out long ago and given them no heat lamp either.

I know everyone has a different opinion on this, so I think what works best is what your chicken's are telling you. I have 20 chickens. At 3 weeks old I put them outside in upstate new york in their coop with two heat lamps that overlapped so they could huddle in the light of both, in one, or away from the heat. I placed the food and water outside of the heat so they had to run into the cold in order to feed themselves. This started the 21st of April when temperatures were consistently in the 40s, snow happened at least once, and below freezing temperatures were uncommon but appropriate for the season. At the 4th week one lamp was removed. At the 5th week all heating was removed. Temperatures still dropped into the 40's, but feathers were pretty well grown (except for the near-naked cockerel who still wore his downy suit and was sporting all of about two feathers on each wing) and the group had learned to make a huge chicken-pile in a corner in order to stay warm. This flock is all the same age, but ranges from a couple of Jersey Giants to a bantam cochin and white tailed black Japanese. They might have been uncomfortable from time to time, but they all survived and at 8 weeks I open the coop door in the morning, close it at night, and they are pretty much on their own for food and heat (but it's pretty much all 60's, 70's, and thunderstorms now).

I doubt this will work if you only have three or four chickens, but seeing as how I had large enough numbers for them to keep each other warm, I figured it was better to get them started training for their first real winter now so it doesn't take them, or me, by surprise.

Said pictures of the unfortunate rooster. I have him pictured alone and with his sister to show how feathered he SHOULD be (they are both Jersey Giants from McMurray). If this dude can survive 50 degree weather without a heat lamp, your babies are probably safe.

Oh also, don't tell him I posted these. He tries so hard to be studly and boss around all the ladies, but those two little feathers on each hand don't give him much lift so the ladies just fly up onto the roosts when he gets all uppity, leaving him alone on the ground with the frizzle who isn't much to look at, the polish who can't really see what is going on (current hobby- running into things), and the silkie. 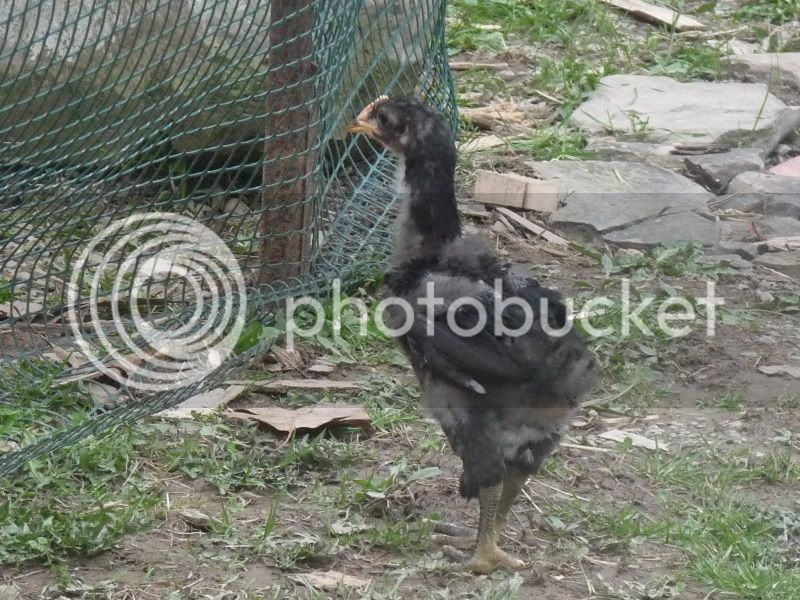 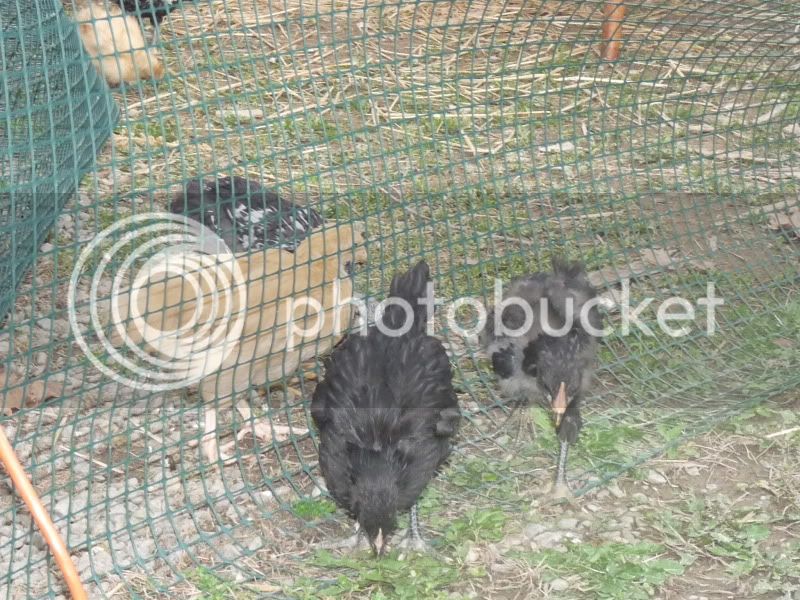 I have 7 right now together and the days usually start off around 55 or so and go up to high 70. Mine have good feathers at least as much is what is shown in the photos above. Ill take them off heat lamp

A
6 week old chicks and a sudden temperature drop