Last night we went to check on our chickens about 10pm. We have a chicken coop with a roo and 4 hens. We got 4 2 week old pullets last week. They are in the same coop but in a smaller boxed off area. I should say they WERE. Anyway my hubby open the coop and told me to leave. I knew something was wrong. The possum was still in there. He killed them all first and was eating one of them.

My husband grabbed by the tail and I saw the thing lunge at him. Of course he dropped him. What happened to playing possom? We let our heeler out. She does not like possums. However he/she got under our house. Aron set the trap out and this morning at 5am I heard two shots. He is dead. We have had to do away with I don't know how many this year.

We thought our coop was safe. Obviously we have to figure out what happened. Thankfully the hens and roo are ok.

My six year old is heartbroken. She had picked the smallest one and named it "Sweetie". Guess who's going to be getting some more chicks this week (after the coop is squared away). I feel awful about it.

We'd been visiting some family all afternoon and they were fine when we got home. But sometime between 8 and 10 it got in there!

We are going to try our best to keep them out now. And Aron promised our daughter he would put the live trap out every night and catch them all. That helped a little!

Bait your trap with a couple whole eggs. Predators will go for an easy meal before breaking in. Whole eggs can stay in the trap for up to a month if nothing is caught.

Obviously you have some reinforcing to do. Be meticulous......Pop 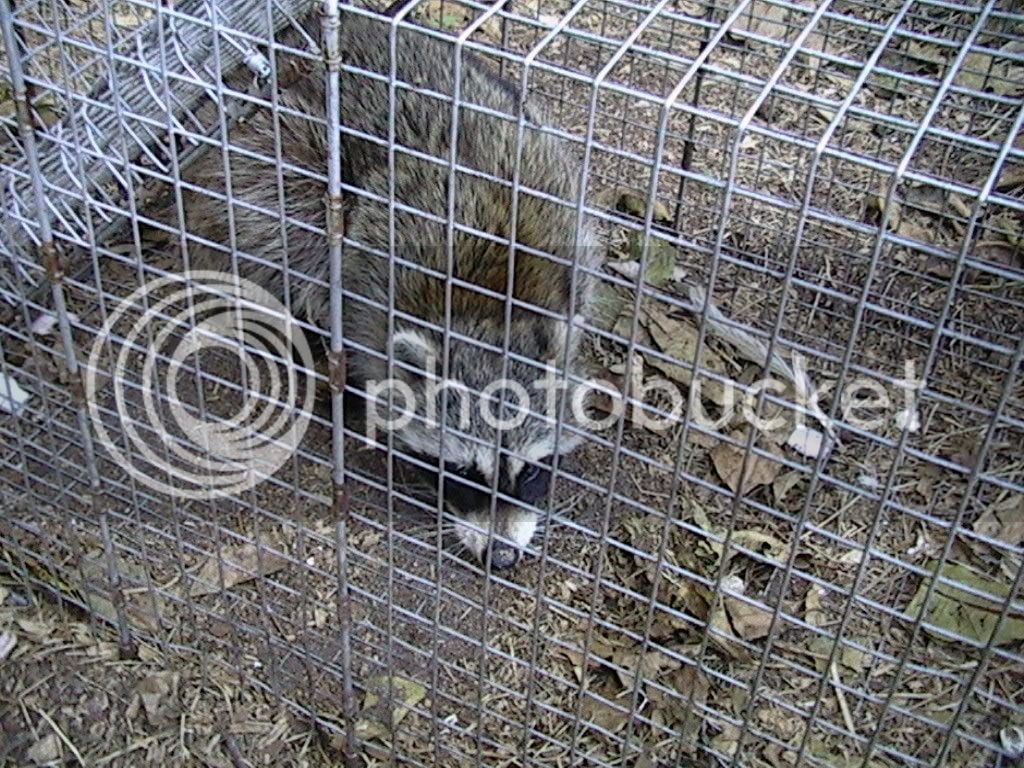 So sorry. Possums can get through pretty small spaces. I know you'll figure it out.

That's a good idea Lollipop. I will hopefully be getting some more chicks soon and I want to do everything I can to avoid this happening again.

Look at this cutie!
2

Keeping possum away from backyard
2