This last weekend we took trip to Saguaro Lake, which is East of Phoenix AZ. It was about 250 miles round trip. There were 12 people, on 10 motorcycles in the group. Riding on the back of a motorcycle is quite fun! It is great to be able to really see all the scenery around you.

This a a photo of Saguaro Lake. It is not often you see Saguaro cactus near the water. 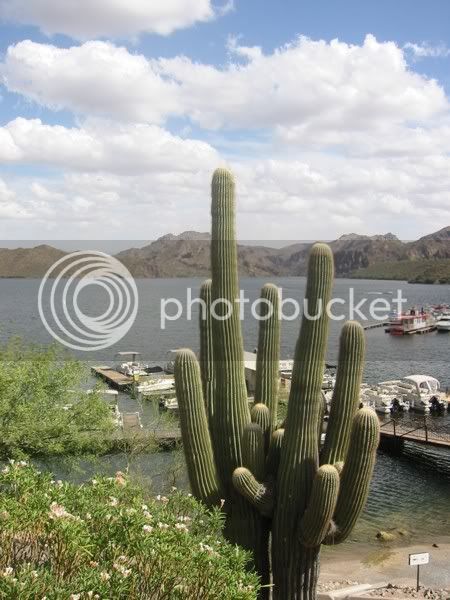 We had lunch there in a cafe overlooking the lake. It is a pretty big lake out there in the desert. 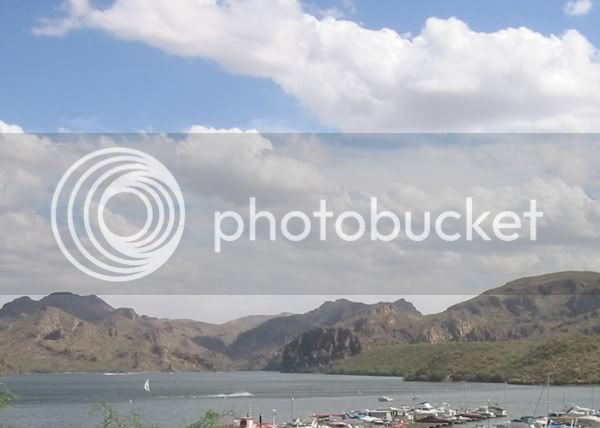 The drive was quite enjoyable, lots of nice hills and such to see. 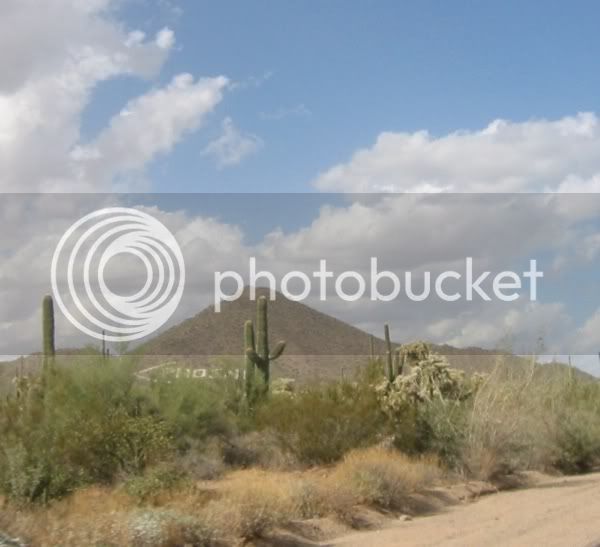 If you notice, in the photo above, is an arrow with the word Phoenix in white at the base of the hill. They say that is so soldiers who are dropped off in the desert for survival training, can find their way back to town.

We had only one scary moment. A silly woman decided to pass the "pack" of motorcycles, but, as each one of the motorcycles dropped back to open space to let her in, she would slow down, and not get back in the lane. Soon she was going "head on" with another vehicle! Just so happened it was a Sheriff's vechicle. They came to a dead stop nose to nose, or "grill to grill", and the officer pointed to her, and motioned for her to pull over.

Not smart to play "chicken" with Law Enforcement!

I thought this was a fun photo, it is the shadow of the bike on the road. 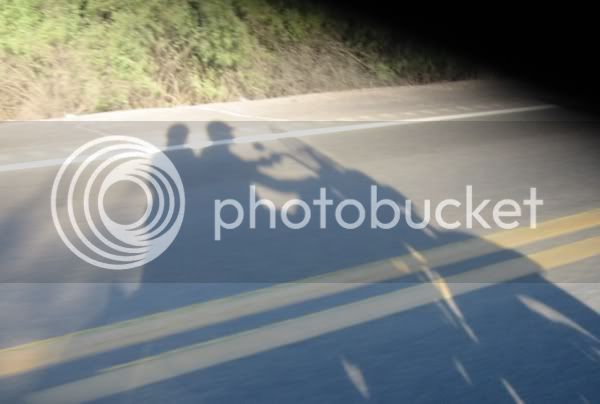 About once an hour we would stop to stretch our legs and get the kinks out of our bodies.

You can get a bit sore in the bottom after a while. Here is a photo of one of those stops. 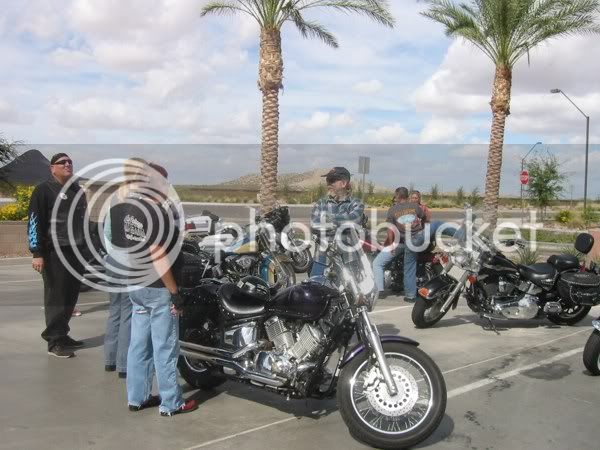 There was the most amazing sunset that night on our way back to Tucson!

Here are some photos of it as the sun is going down. 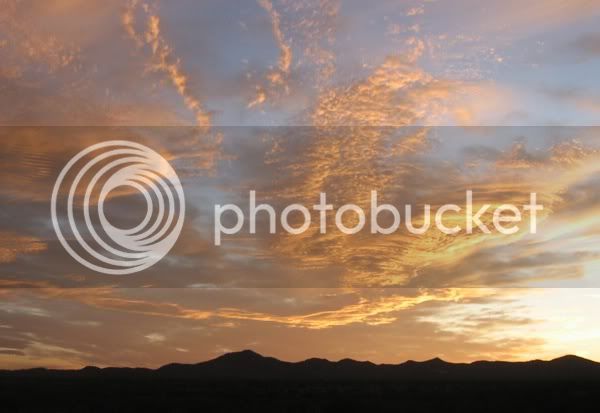 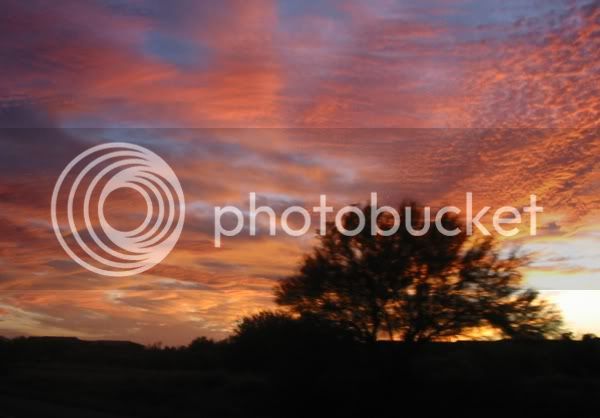 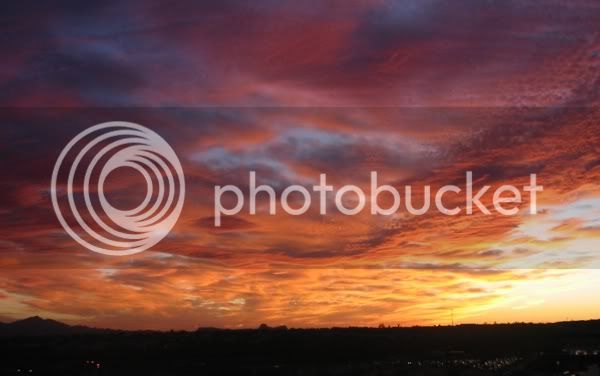 There was some roadwork just as we were coming into town. It caused a bit of a traffic jam. 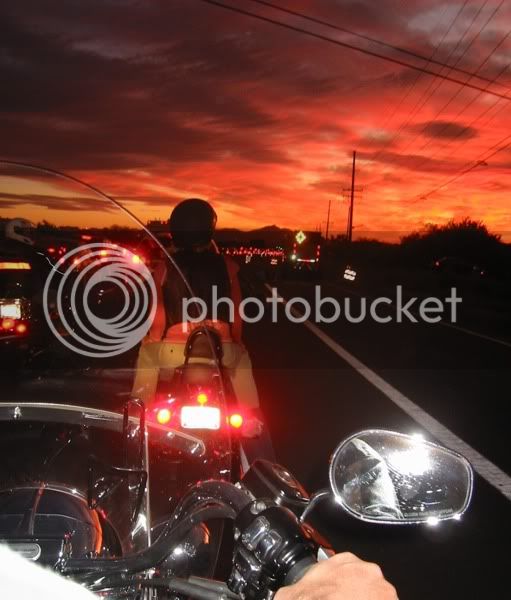 As I was editing these photos, I noticed there was one of me in the mirror, so I will end this post with that one! 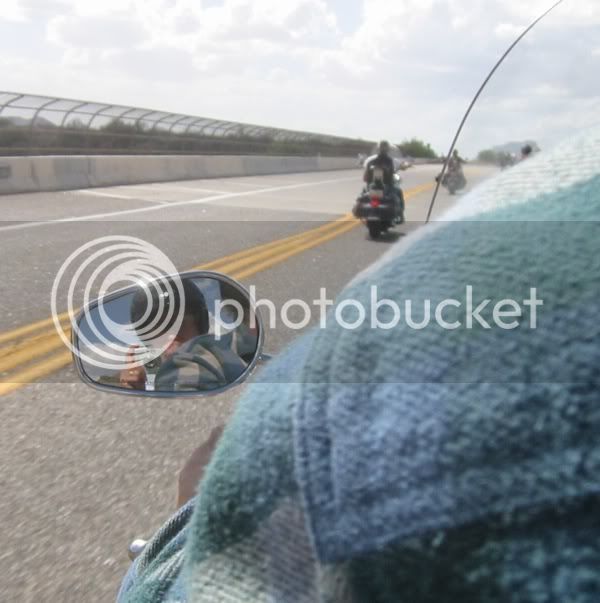 Those are cool pics, looks like you had an awesome time!

I think someone abandoned a domestic duck at my neighborhood lake?
2