Lover of Jesus, cows, and chickens

I held Sweet Pea back when I gave the rest of the birds her age to a neighbor. She's a sweet girl and has a cute "grandma" voice.

But.... apparently I need to take a picture

I'll be back later, Lord willing

I just wanna live until I die 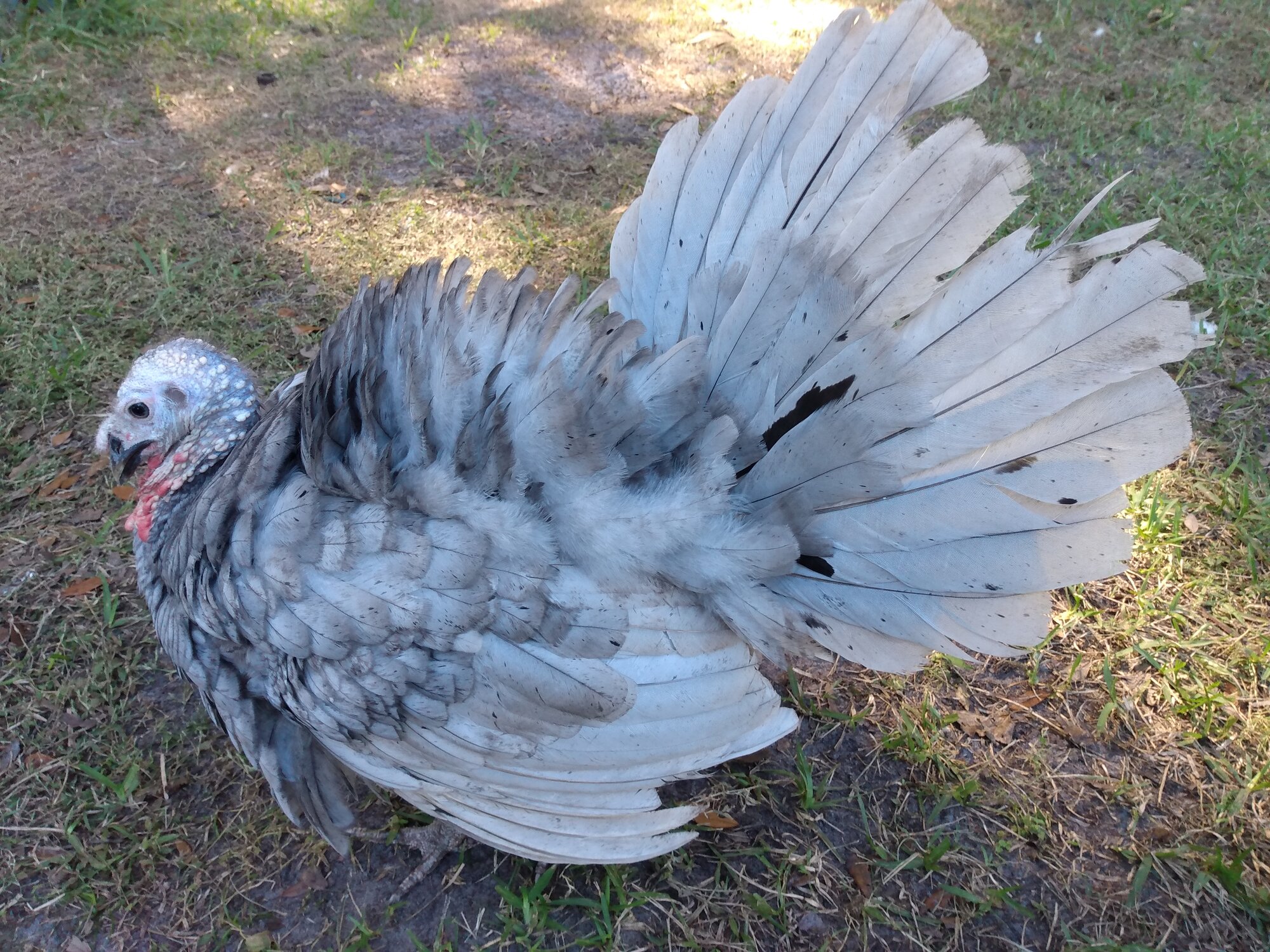 I'm apparently too practical for this competition.

Isadora said:
I'm apparently too practical for this competition.

IKR? There's one I want to pardon, but I think he's just destined for soup.

I have quite a few that I could post... I'm too much of a softie when it comes to sending my roosters to the processors.

pipdzipdnreadytogo said:
I have quite a few that I could post... I'm too much of a softie when it comes to sending my roosters to the processors.

Would love to see them!

Well... none of these pictures are necessarily new, but they've never been entered in any contests before, so I guess they count? These are all my boys who were spared from freezer camp:

Murphy. He was sold to me as a Black Copper Marans chick, straight run. I really should not have kept him, as I'd only gotten the Marans for dark brown egg layers and had no intention of breeding them, but his color intrigued me and I wanted to hatch from him to see what was going on. He's older and the Black Copper hen from the same batch of chicks has since passed, but he's too handsome to go to the freezer now. 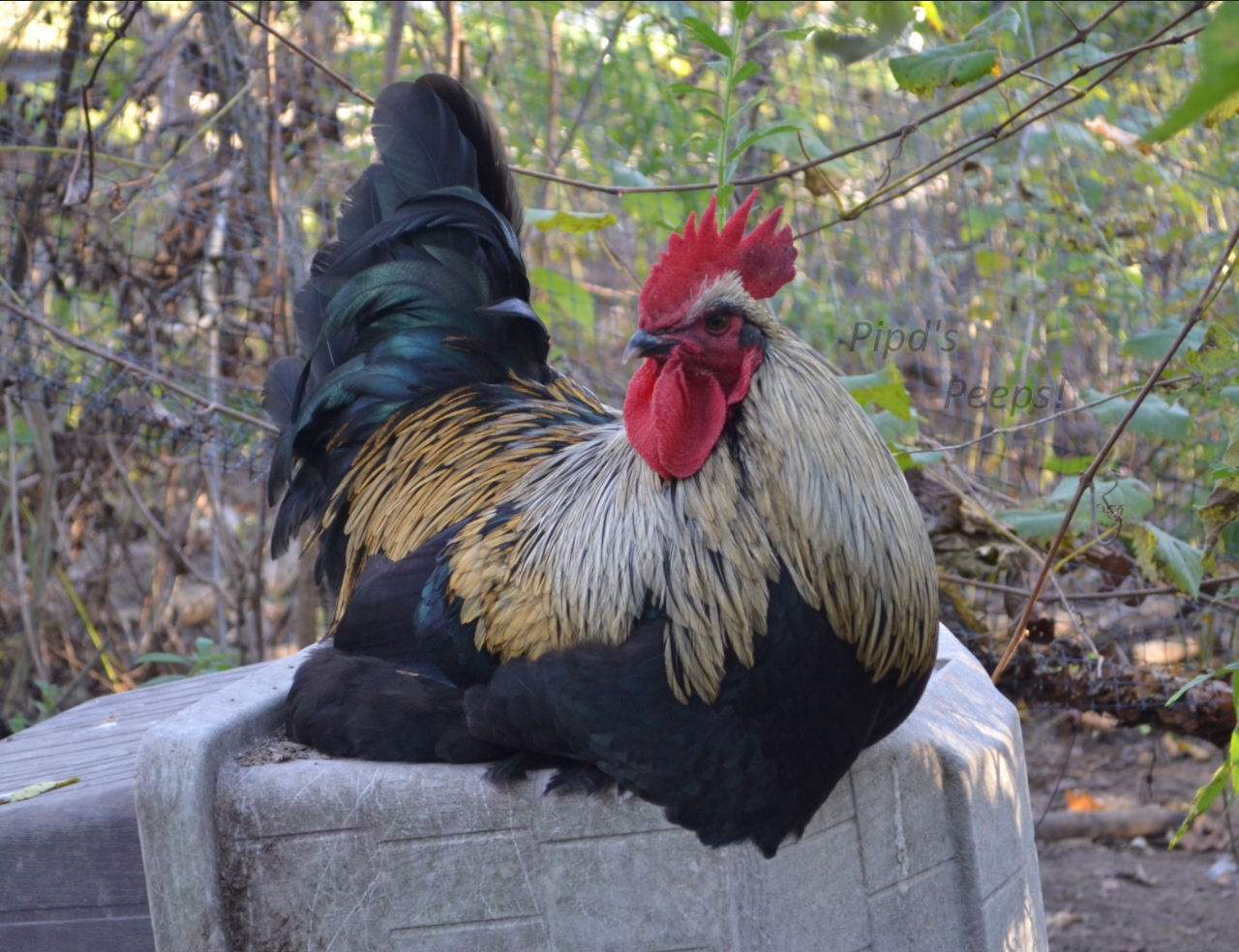 Russell. I did intend to keep him initially as a backup for his dad, Roscoe, in case something happened to him, but now that I've stepped away from breeding silkied Red Cochins to focus on the silkied Blacks and Blues, I really don't need to keep him... And yet, here he remains. 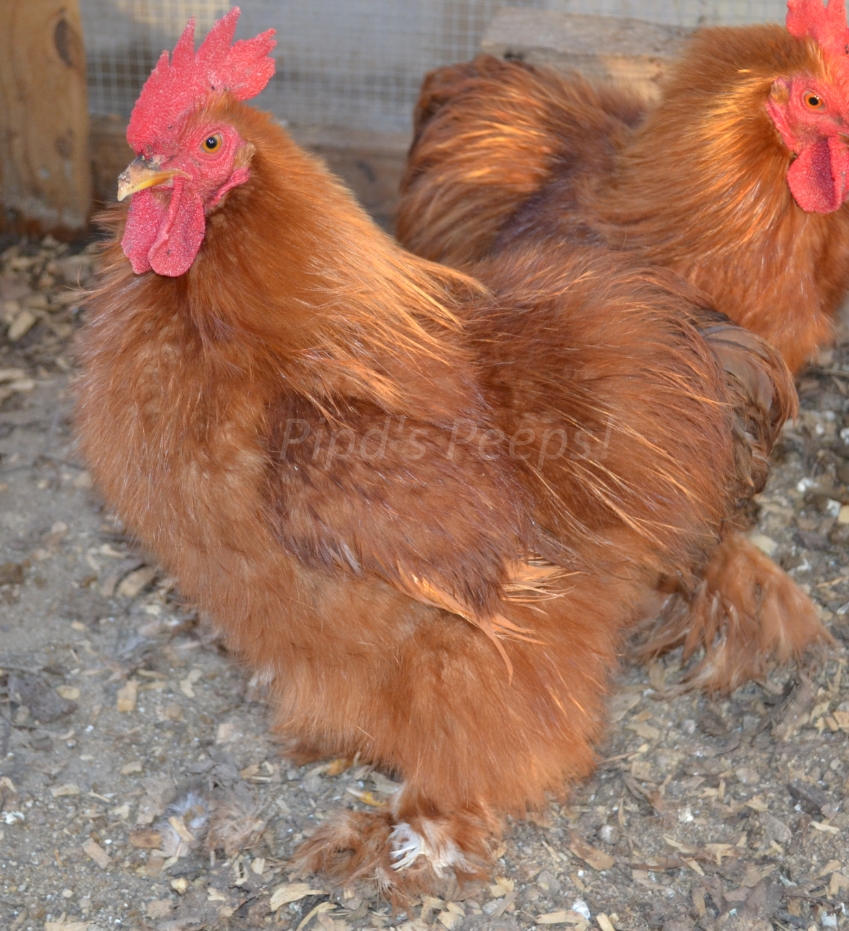 Rigel and Achernar. I kept these two back for future breeding, but I always tend to hatch more males than females with my Old English Game bantams and some of their younger brothers have better conformation, particularly with their combs. These guys are in the too handsome for freezer camp category as well. Especially Achernar! 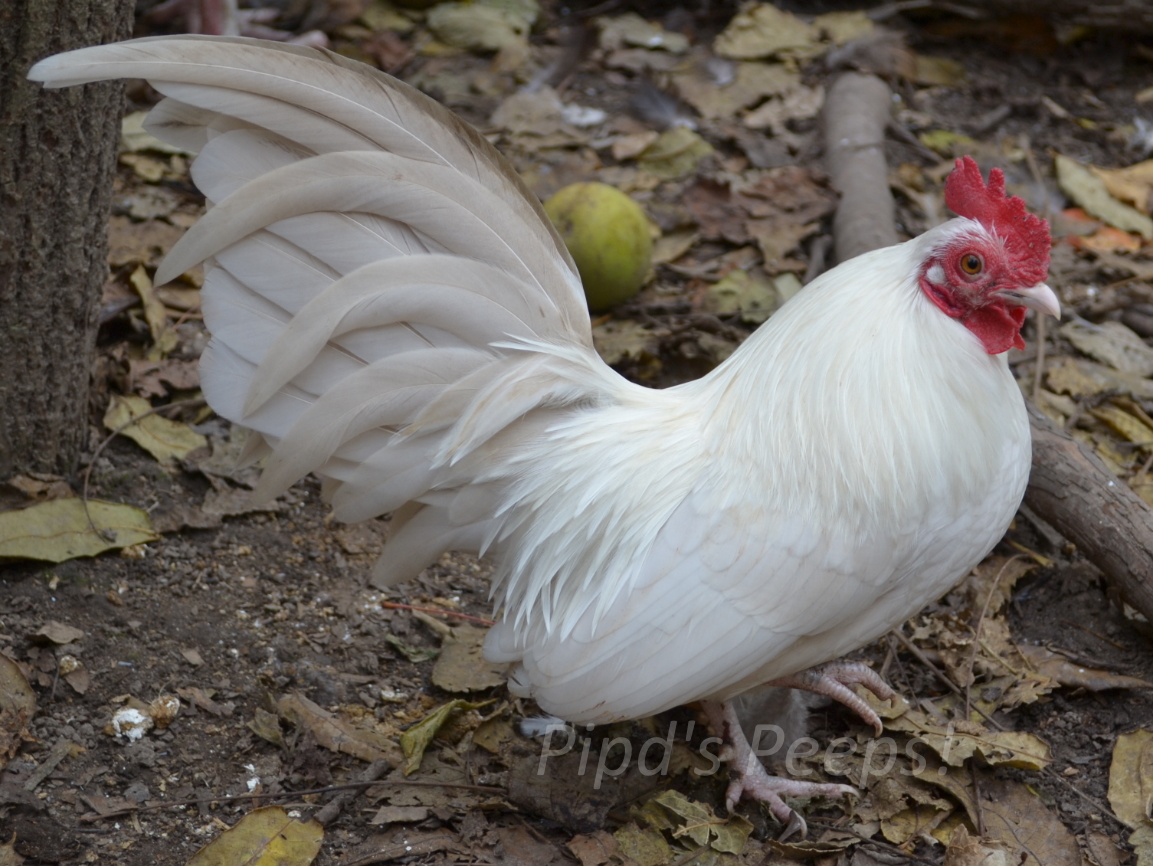 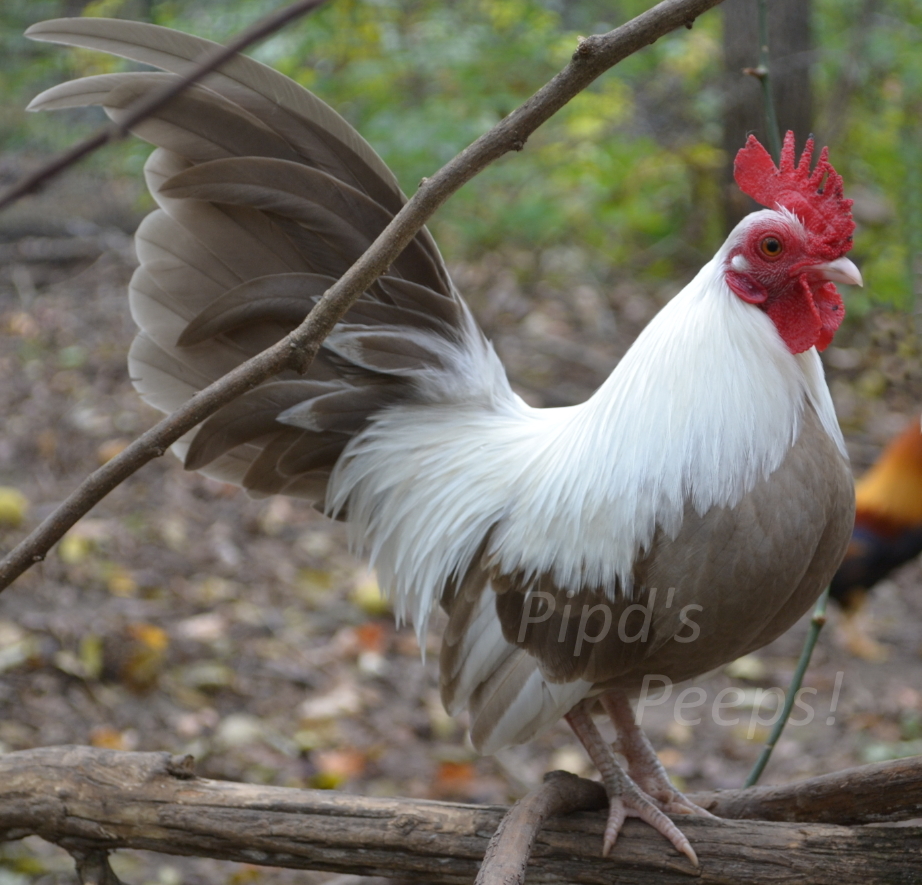 Jack is a very lucky boy not only because I already have two other silkied Black Cochin males who are better looking than him so he was not on the keeper list, but also because the majority of the other cockerels that would have gone to the processors sold the literal week I was going to take their ad down and make their final appointment. I kept him only because having two tiny bantam cockerels processed isn't even worth the drive to the processors. He got the name Jack because, well, fill in the blank, he was a bit of a Jack ___, though he is better now that there are fewer boys around. 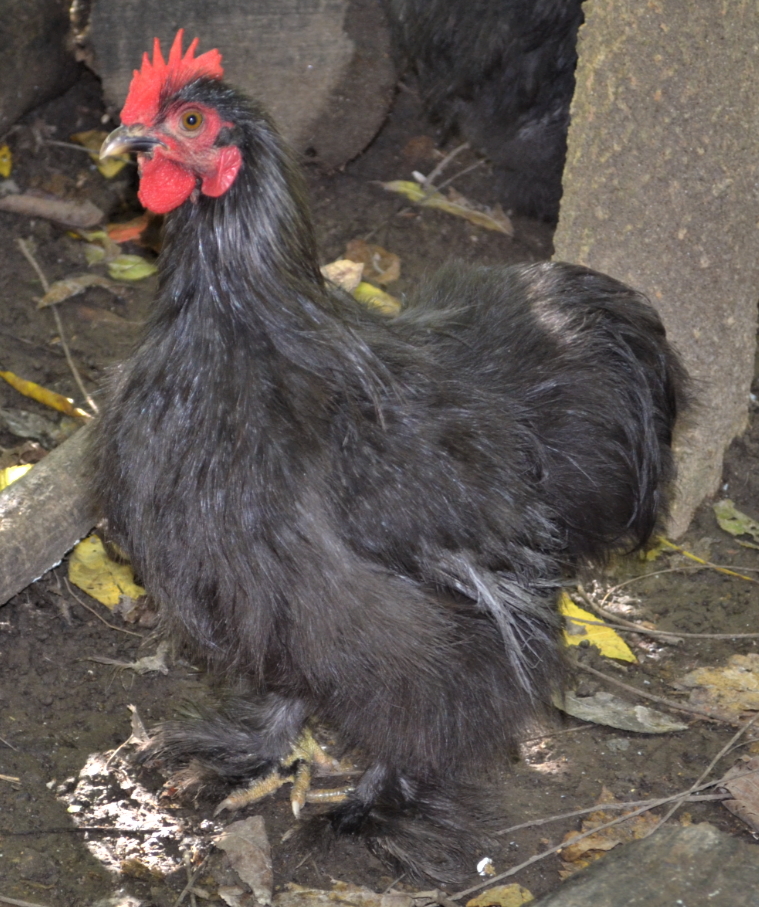 Axel is the other of the two cockerels mentioned above, saved from a trip to freezer camp by the fact that the rest of the cockerels sold. I do rather like him, but I had no reason to keep a Barred Rock bantam, so it was a welcome excuse to hold on to him anyway in his case.

Actually... I don't have any good pictures of him that depict how he looks now.

I stopped taking pictures of him and took off all the boys' leg bands at 2 months old because I didn't think I'd be keeping any of them, and I haven't taken pictures of my birds since before Axel was 'pardoned'. I'm pretty sure this is him at 2 months, but it could also be one of his brothers that was sold: 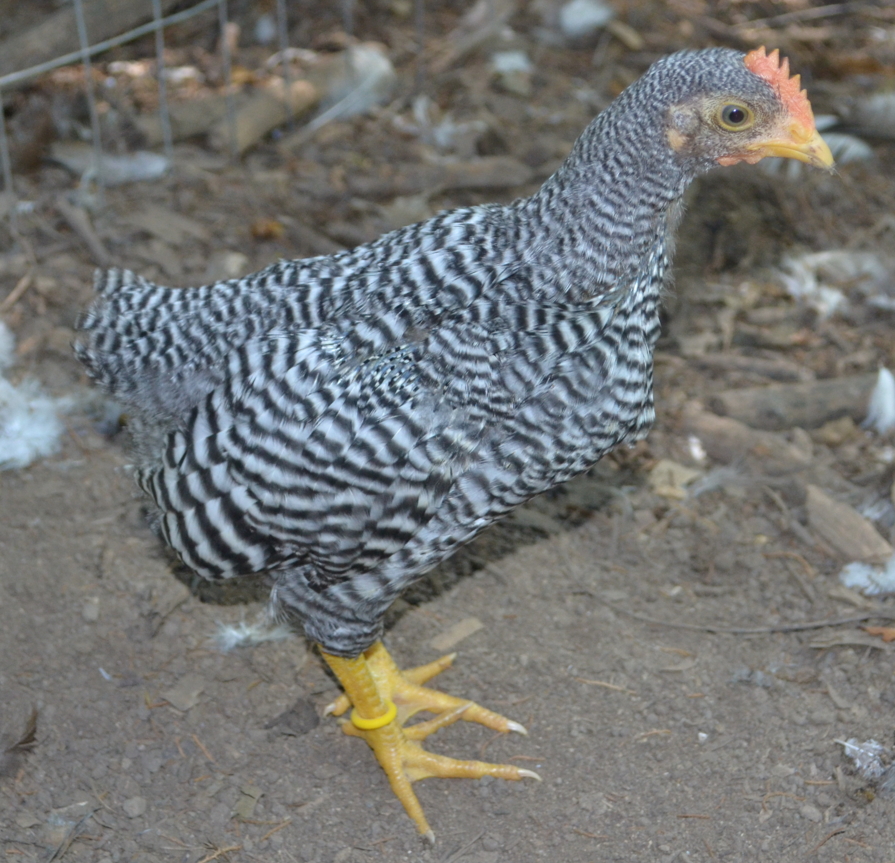 Dawson, Rayburn, and Bruner were the result of an awful hatch of shipped English Orpington eggs of which they were the only ones to hatch, and of course they were all boys. As they grew, they became such sweet, big lugs that I couldn't bear to put them in the freezer, either. They are my only roosters who willingly let me stroke their feathers without having to be held, though Dawson has been known to gently peck at my hand when he's had enough. I had nowhere else to put them, so they kinda took over the Guinea coop from my only remaining Guinea cock, whoops. 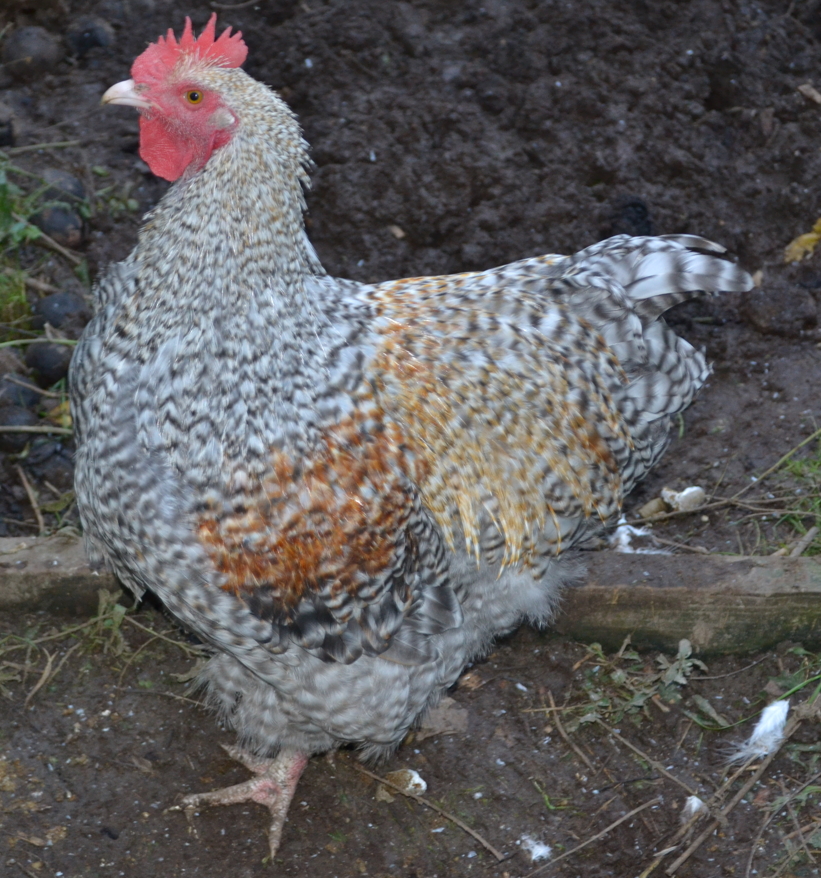 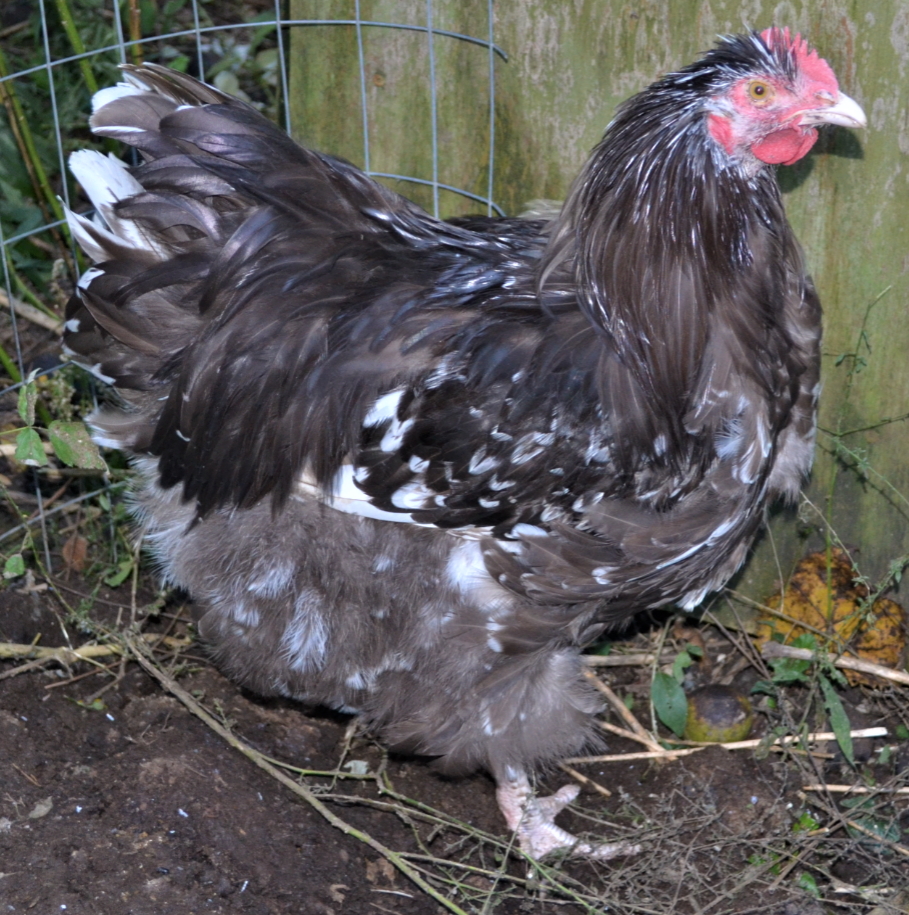 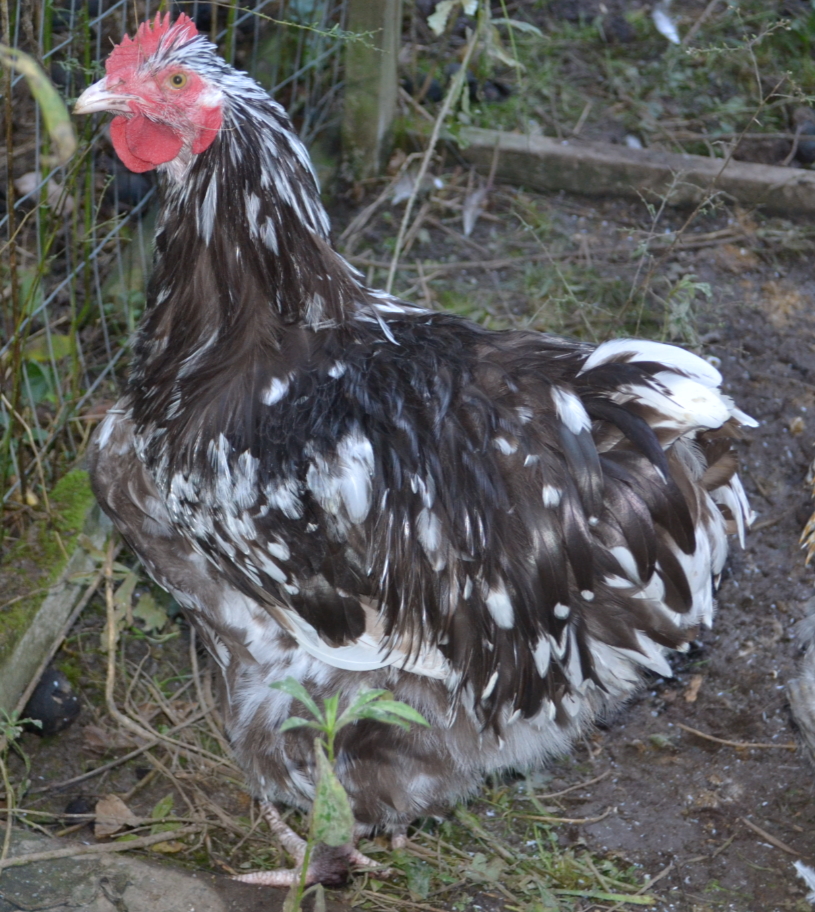 Hope that's entered correctly... and not too many entries as well, haha! I did say I had quite a few

Just a reminder, if you wish to enter, please do so before the 18th!

No Matter How Many Times I Fall...

I'd love to participate... but... I never process any of my animals! They're family pets! I don't ever need to pardon any of them!

the_peanut_coop said:
I'd love to participate... but... I never process any of my animals! They're family pets! I don't ever need to pardon any of them!
Click to expand...