These are the little ones I hatched the weekend of February 22nd. Six chicks hatched, and I lost one that seemed to have some deformities. They are mainly a mix of Brahma-light and buff. The lone black chick, I believe is fathered by my EE roo...mother I'm not sure about. And one chick is a golden spangled Hamburg...though the markings are different from what I remember on my GSH chicks.

EE chick? His name is Cuervo 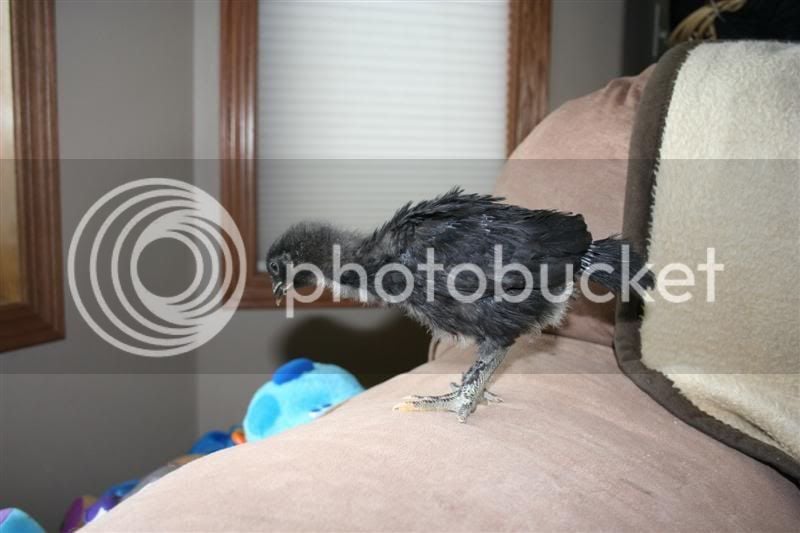 This one looks more Light Brahma, though dad is probably Rudy 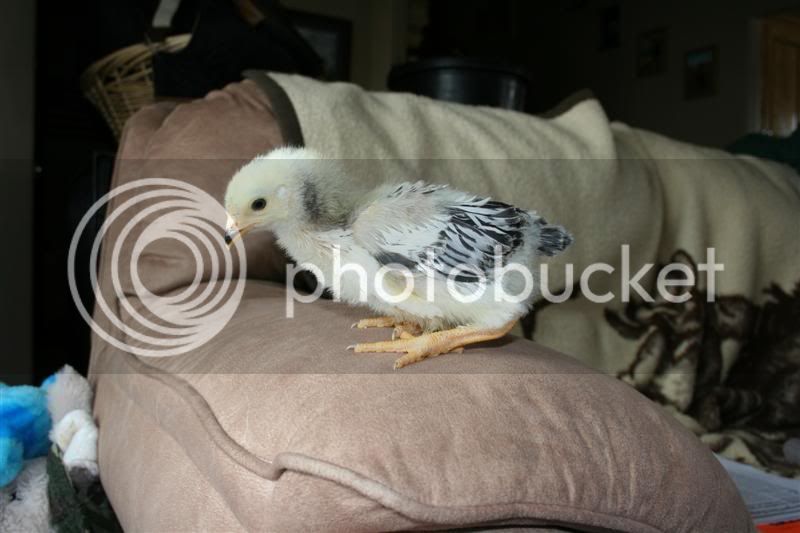 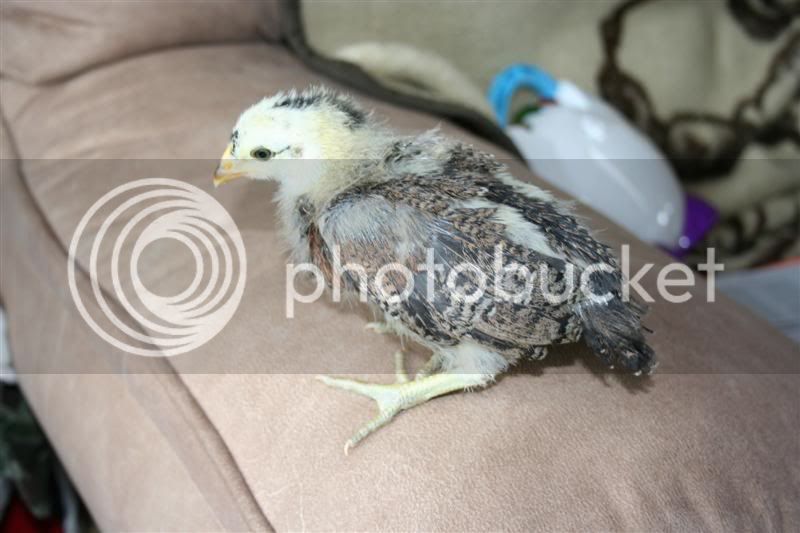 Close up of above chick, I just loved this pic 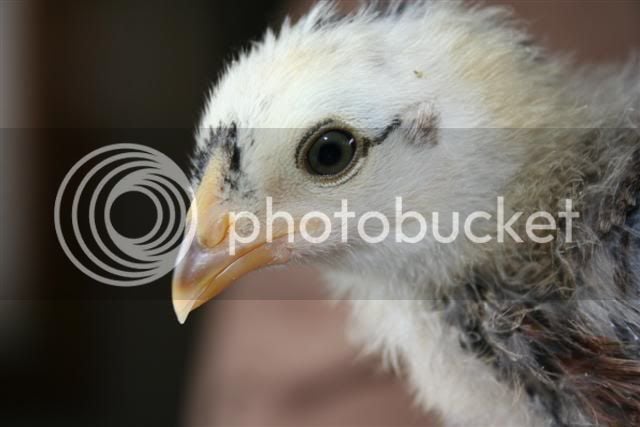 Buff/Light Brahma-really pretty cream colored feathers, this guy has crooked toes that I didn't splint in time...not sure if it's too late but I do have one of them splinted right now 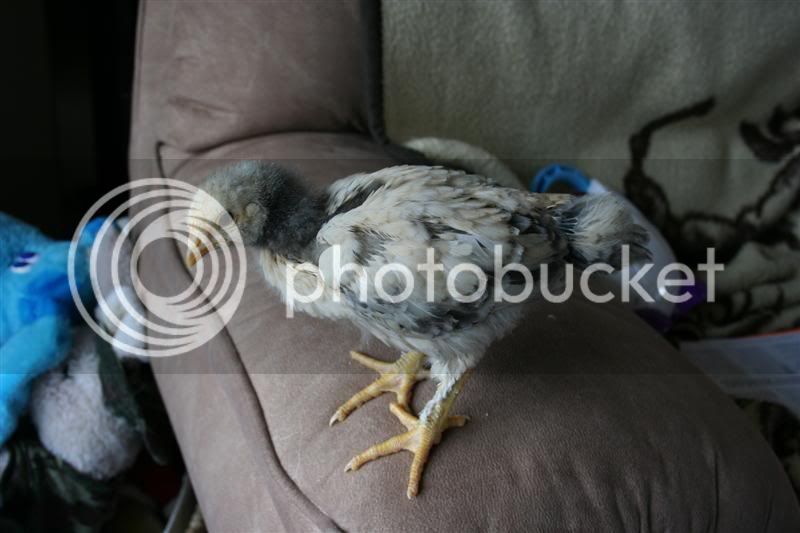 Cream Puff-my favorite chick so far, have a feeling this big chick is a fella...Absolutely beautiful creamy colored feathers; flash washed it out, but will get more pics later. I can just imagine this big pretty roo walking around, named Cream Puff 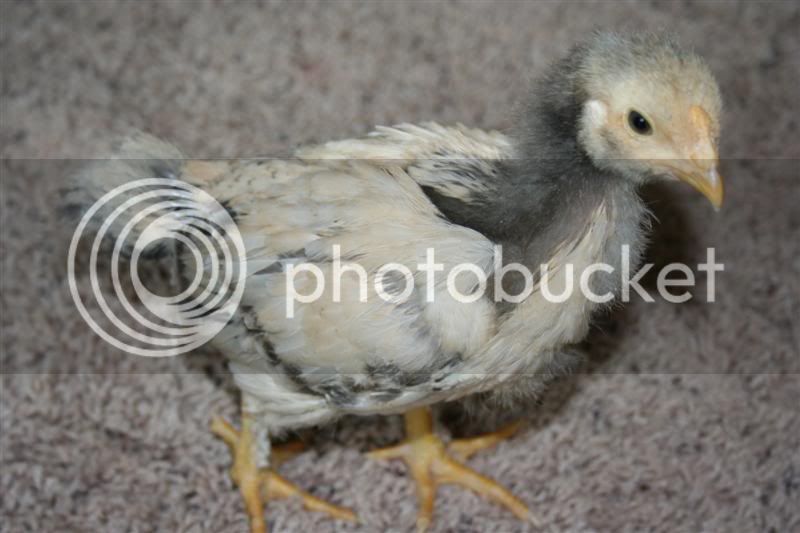 They are almost 3 weeks old, I can't believe it!

Very cute! I really like the close up shot.

And they didn't poop on your sofa? LOL

MissPrissy, nope, but they pooped on the tubbie lid I had them sitting on, and then on the floor

P
How Much should I sell straight run chicks for?
2