If you have pics of welsh harlequins can you please post them...

Mine are Golden Welsh Harlequins...here are some pics 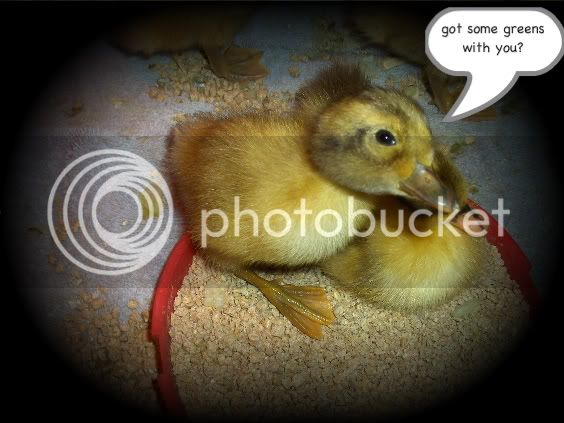 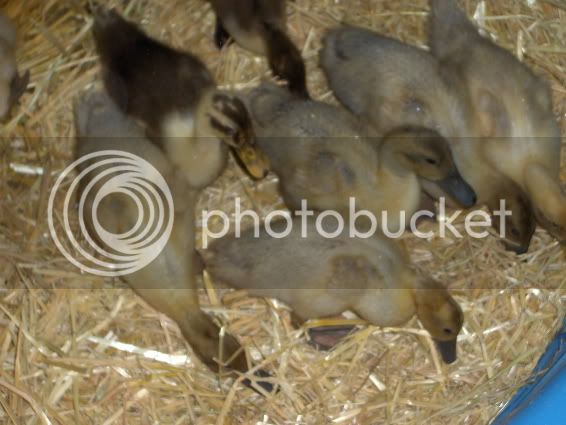 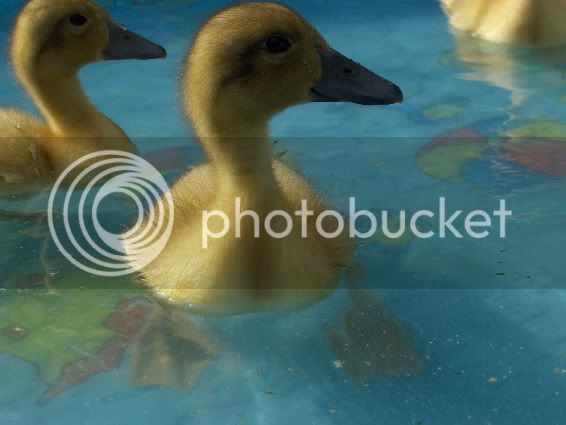 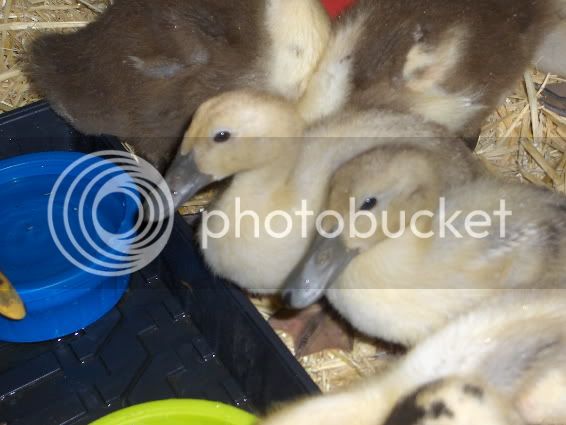 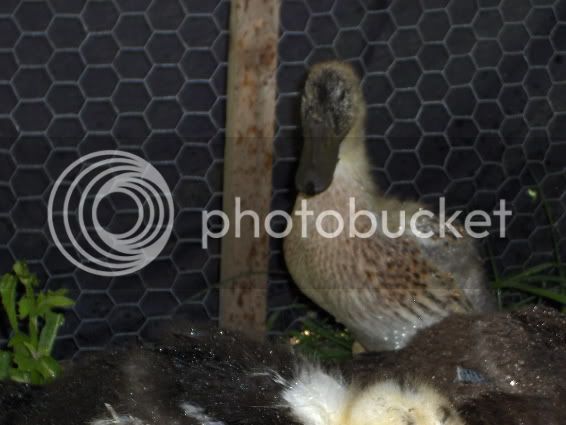 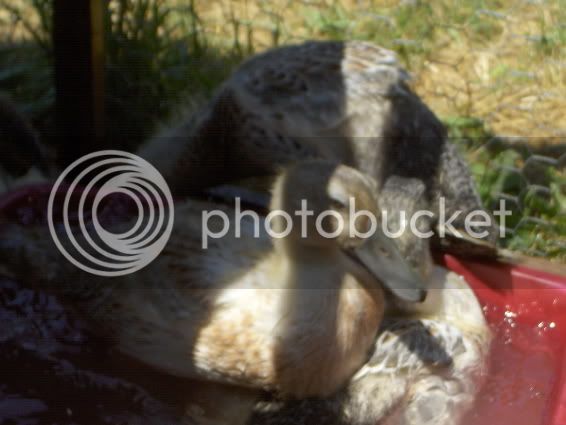 I have tons more if you need them hahahahaha
Last edited: Jun 16, 2009

Ithe reason I asked is I have two ducks that I am trying to figure out what they are... If I can get a hold of a digital camera I will post pics... My hubby got them for me at easter... he thought they were pekin ducks(he doesn't know much about ducks) ... I know they are not pekin.. they have dark greyish beaks ... and one is a golden golor and the other is white with greyish mixed thru the feathers... both are really pretty

This is Bridgett helping hatch out my Runner's clutch of ducklings Here she is at about four months Quote:
Are you certain yours are gold phase? They don't appear to be to me - they typically do not have the dark tinge to the down like the silver phase does.

Do they have their wing speculums yet? If they're blue, they're a silver phase. Gold phase have brown speculums.

There is one in your photos that might be gold. The one on the far right of the photo with the Anconas.

Wifezilla has one that looks to be gold phased, too. The one on the left in her first photo.

Here's photos of mine... http://www.muscovyduckcentral.com/thefarm/welshharlequin.html

Don't think I have a photo of a gold phase duck but do of a drake - in the pool.

Really, Muscovy? Cetawin's look like gold phase to me (in the pics where they are starting to feather). Wifezilla's look like silver phase, except for possibly the one on the bottom in the last photo.

I didn't know you could tell by down color! That is good to know. Maybe in the baby pics it is just the tone or lightness of the photo. Of course, I haven't had WH before so I could be completely wrong about the pics where the birds are older.

I have read previously about the difference in color of the wing speculum. That seems to be the key distinction. It is interesting that I am reading that what we call the Silver WH was originally an entirely different breed when it was developed and was larger than the Gold. Some of the original Golds were bred to Aylesburies and the breed was called the Walesbury.

I don't know gold or silver at this point. The one on the left in my first picture is Bebe. She was the "blonde" in the group. She had no "cap" at all when I first got them. Wendy had a very slight brown cap. Shelley had a distinct black tipped cap. Bebe and Wendy are brown and white and look a lot alike now (except Bebe is small compared to Wendy).

Shelley is on the right in the first picture and the one you see in full profile in the next photo. She doesn't have any brown on her, just different shades of black and gray. So, from what I understand, she is Silver for sure.

That duck has the gold cast to her head, I think she was gorgeous, however, I don't believe that she would be a good specimen under the SOP. Since I don't show I went ahead and kept her. She clearly shows the vibrant blue wing speculum. Gorgeous blue!

A lot of birds will also have that brown cast to their breast area - again, not a good SOP specimen but for the backyard/mutt flock not a problem. Only a problem if you're wanting to promote the breed and perpetuate it with the SOP in mind.

Gold phase birds are a light fawn, there aren't the dark tips to the feathers like with silver. I'll have to see if i have a photo of a gold hen. This drake will show what the other discernible feature is, the tail head.

This is a photo of a not-so-good gold as she doesn't really have the brown tips to her feathers like she should - but she does have the other characteristics of the gold phase in the tail head and wing speculum, which I also have a photo for. She is not a good specimen because she has the improper bill color. I did cull for that although with this duck I kept her as she was the only gold phase I had at the time. All of my golds seemed to be prone to premature death for some reason. If a Welsh was going to die or be killed, it was a gold, usually. Blah. Brown is one of my favorite colors! 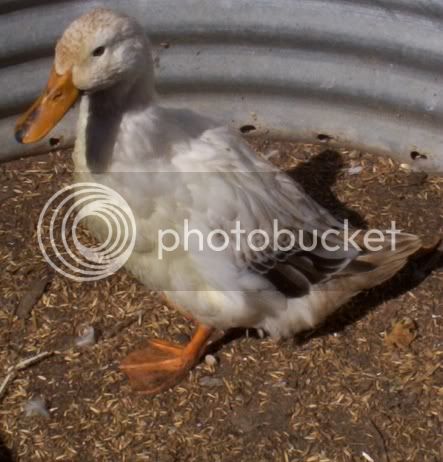 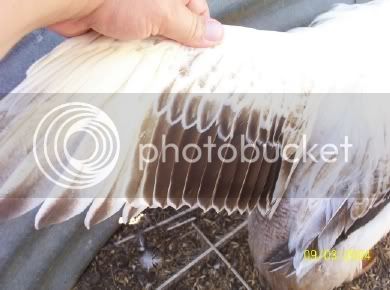 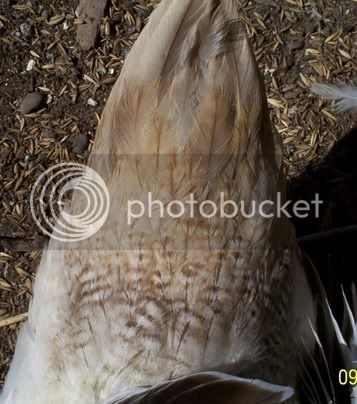 Hope that helps. Those are the two characteristics that I am aware of that definitely determine whether a bird is gold or silver.

Is this a welsh harlequin or saxony?
2

P
Could these ducks be crossbreeds?