Pictures of the new batch (LOTS of pics, sorry, couldn't help it)

I drove 4.5+h round trip yesterday to pick up the "big" batch. As promised, here are the pics. I mentioned in my other thread that I ordered 8BO & 7RIR. When I got there, there were 10BO & 5RIR. After picking them out, there was one lone little BR left. I couldn't leave him there all by his little lonesome, so I officially have TWENTY chicks now. I posed to Hubba last night that I may have to build more coop-age. That man is really coming around

Anyhoo, here are the pics & one of the olders as well:

Posing for the pic (don't worry, I took care of the pasty butt after we got home from VBS, a few of them had it sooooo bad, vents blocked & all, as they stayed at the feed store overnight

). But they've all made it through their first night in their new home!!! 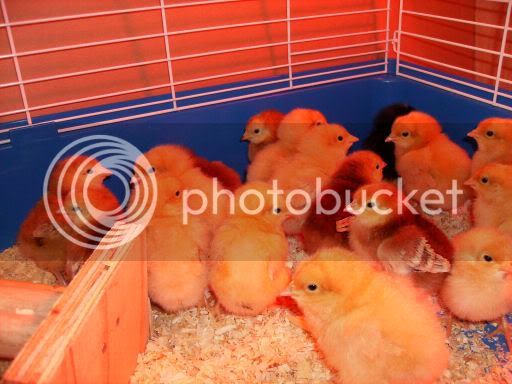 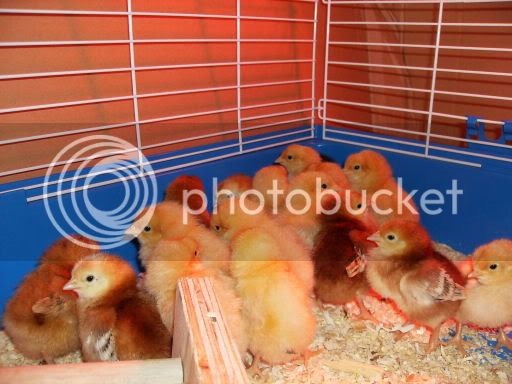 I pulled one of each breed to photog. I just LOVE the little red beaks on the RIR's and their little wing colourings 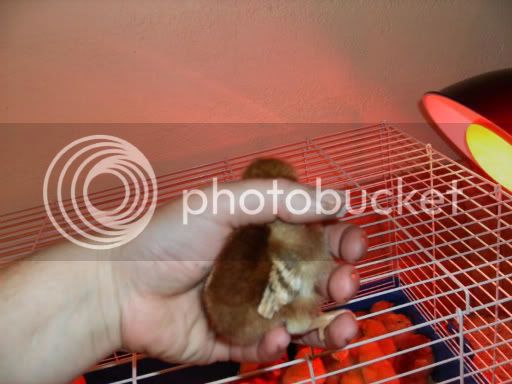 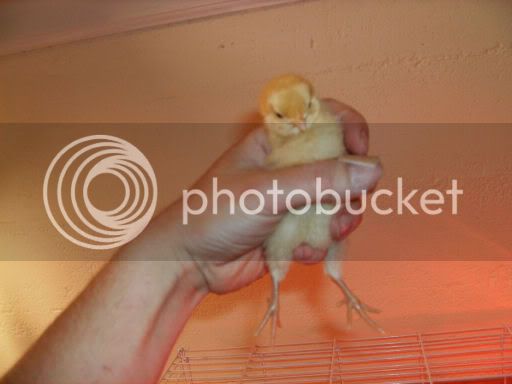 The would have been lonely BR: 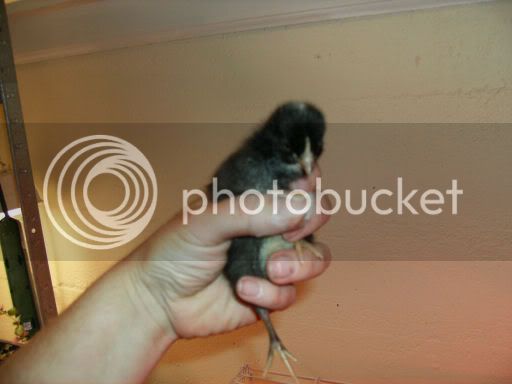 BR first in the box for bumfluff doodie: 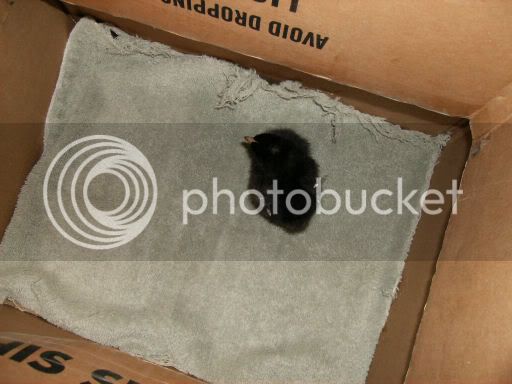 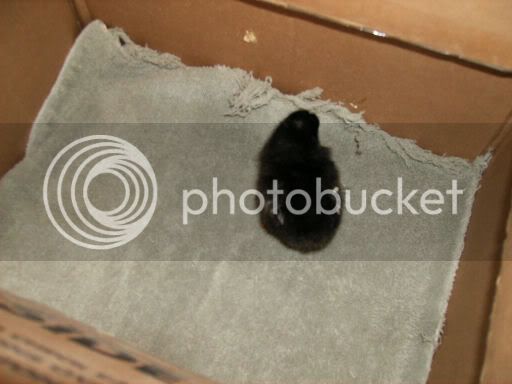 All of them ready for bumfluff doodie 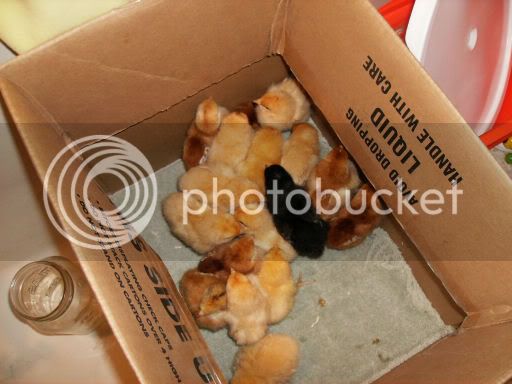 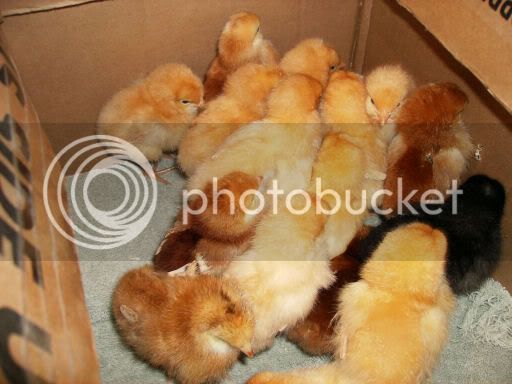 And my big babies 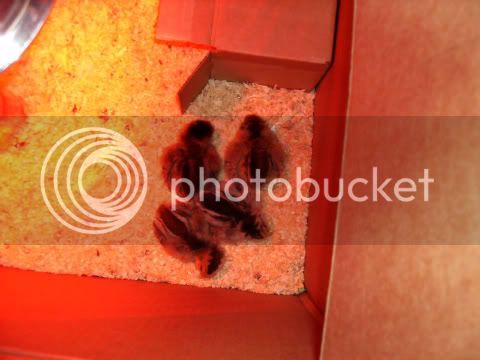 I cannot believe the size difference in my ee's & the new babies. They are all so precious, but I am very fond of me ee's, as they've been handled more & are more friendly, and boy do they voice their opinion already!!! LOL

I know the babies will come to that point too, but I think part of it is my ee's were my first babies. I'm so glad I got the 4 ee's first though, as it gave me chance to break myself in on a small scale, before I ended up with 16 more

Holy birds, batman. I *think* there's SEVENTEEN babies!!!! Am I the only one counting 17 in the first pic? And I just did a count in the cage (they were surprisingly still) and I counted SEVENTEEN!!! *faintthud*

I'll have to do a proper headcount later when I do bumfluff doodie.....

and i wouldn't have been able to leave one lone one either!!!!