Pittsburgh Roo (and Hen) may need a home

Hey all, one of the babies I picked up from the chicken swap is very clearly developing into a gorgeous little roo. Mixed parentage and I've forgotten what all was involved in his breeding...he also seems to be a bit of a late/weird bloomer since he's got his saddle and hackle feathers coming in quite distinctly, but all he does is peep! He got dubbed Peepers when I brought 'em home, and the name has stuck...and so has the peeping.

As adorable as it is, I think it's a safe assumption that he'll crow eventually, so if he starts becoming a nuisance, he's gotta go. I'm hoping for some options to contact who can have space for him in their flock.

As a twist, I'd ideally like to send him to his new home with his favorite hen, Peanut. They were picked up together at the swap, and even thought they've been among our flock for a couple months now, they always spend all their time together, dust-bathing and snuggling and occasionally play-fighting with each other. She's a Buff Orpington/EE cross...she mostly just looks like an Orp pullet with blue legs. Having a hard time telling if she's laying yet or not, as my other two laying hens lay brown eggs and I have no idea whether her eggs are supposed to come out blue or brown (or green?), due to mixed heritage. Would charge a few bucks for Peanut since my intent was to add more laying hens to the flock and I'd like to replace her with another hen.

This is not yet a CONFIRMED must-rehome, but I'd like to get feelers out there since it's highly likely I'll have to. If you only want a rooster, I am willing to separate them, but I will not rehome Peanut without Peepers. Photos coming as soon as I can get them to stay still.
Last edited: Sep 22, 2013

I have failed in getting good photos, but I have peeping videos!


In this one, Peepers doesn't actually start making noise until around the 0:12 mark. Most of that fussing noise is Deli, one of our other hens. 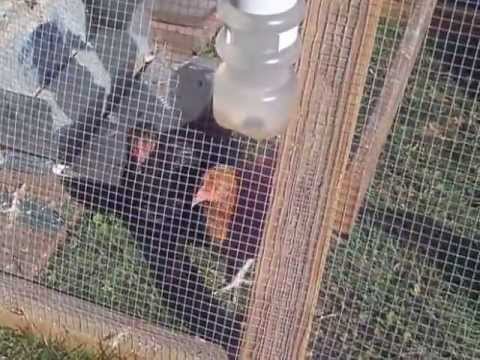 In this one, it's just more of Peepers and Peanut. Lots more peeping in this one. They're kind of smushing themselves in the corner of the run because Deli (boss hen) is being kind of scary at them. You can see the shadow of her head a couple times. 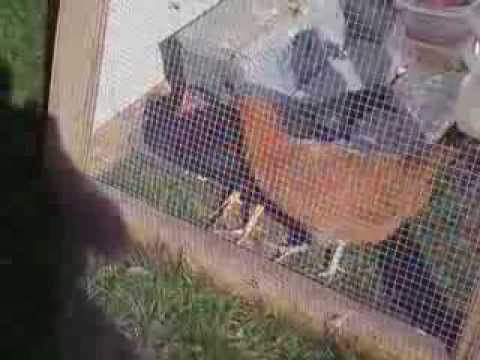 Both these videos were taken on September 18, so they're a little bigger and more rooster/hen-like now, respectively. I *think* I saw Peepers finally crow once, but I'm not sure as he was rather quiet about it...the hens are honestly way louder than he is, when they get upset about something. I haven't caught him doing it again, so can't be sure.

Peepers and Peanut have found a new home!