I let the chickens and guineas out to free range; usually they each do their own thing and get along when they cross paths.
Ideally, my little white crested Polish would stick with the chickens, but she insists on flocking with my juvenile guineas. (Is it because she and them are close in size? Or is there another reason?)
This isn't a problem... but she was previously bullied by another chicken and lost some crest feathers. And recently, I noticed a guinea reach over and EAT one of her crest feathers right off her head. She isn't injured. She doesn't seem to care.
Ironically, when she isn't following them around, they are following her around, like she is one of them. They have formed their own little group.

When I put them away for the night (in separate enclosures- chickens with chickens, guineas with guineas), they all attempt to stay together. I would allow it, but I'm concerned that they'll keep EATING her crest! 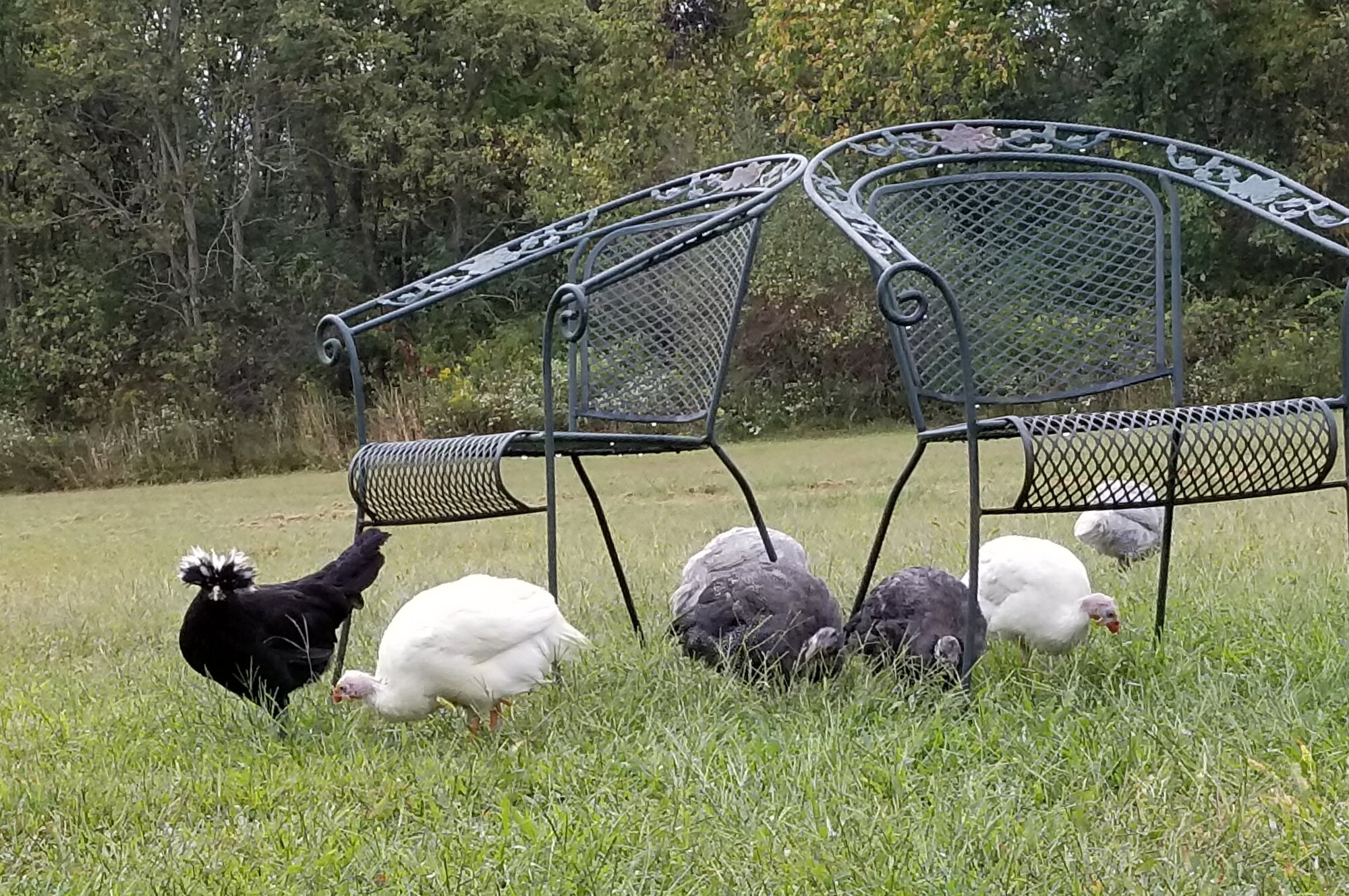 Guineas are buggers. Eventually, they’ll most likely begin picking her feathers... if I was you if try to get her back into your flock of chickens. She’s safer that way.

Flock is mean to 1 Chicken