Cluck of My Life

Ok everyone I need some genetics help please!

I have not been able to find the answer and am hoping that someone here may have some better answers/explanations for me.

I have a lovely flock of tolbunts that I am very excited about but I also have a pair (smooth roo and a frizzle hen) of beautiful "candy corns." I want to know if I can keep them all and have pure tolbunt or 'candy corn' babies from the flock.

To be honest I'm behind on the news of names of various unrecognized Polish breeds, but I assume "candy corn" is just a term for the various forms of the crele project, yes? Because so far I'm not seeing any mottled / tolbunt forms of crele. I just see various barred colored birds without visible mottling. So -

"Candy corn" does not breed entirely "true." They look the same to the untrained eye but they vary quite a bit, unless "candy corn" refers to a specific type of crele Polish. What I've seen are laced cuckoo, cuckoo with gold leakage in various locations such as the neck, mostly brown cuckoo with bits of black, and the closest to crele - cuckoo with golden brown neck, saddle, and in males, secondary feathers. If the term candy corn refers to the laced cuckoo type then yes, they do breed true. But the other color variants are bound to, well, vary, since they're often carrying only one copy of some sort of color.

Tolbunts and Candy Corn do in fact have the same base colors, the difference is that Tolbunts have the mottled gene (what makes that white tipping in the feathers) where Candy Corn and Crele alike do not. Also yes, Tolbunts do not have barring.

I do not recommend keeping both in the same pen at all. Your Candy Corns will pass on recessive mottling, thus the offspring of CC x Tolbunt will look all like Candy Corns, but carry a copy of the mottled gene, and that's a mess. You could think a bird has no background with mottling and suddenly the mottling will pop up in future generations if you don't pay attention to who carries recessive mottling and who doesn't. As for Tolbunts, you'll be introducing the barring, of which you don't want. It is easier to get rid of though, since it is dominant. But still - You don't want to throw barring into a Tolbunt flock.

Also of course, remember that there's more to this than color. Type is a huge thing. You want Tolbunt Polish, not Tolbunt crested chickens.

Cluck of My Life

Thanks Illia! They are the crele project birds. Very pretty but a mess it appears when it comes to them being in my tolbunt flock!

They will be the ones I get rid of since I only have a hand full to begin with!

Do you get Crele Laced by Putting a Crele Roo over Gold Laced Hens???

polishmom1744 said:
Do you get Crele Laced by Putting a Crele Roo over Gold Laced Hens???
Click to expand...

Good question and I'm thinking yes bc I just bought my first candy corn pair and his mate is (she said) a Gold-Laced polish Split to Candy Corn. She looks like your avg gold laced hen and I'm including a picture of my CC rooster. TELL ME, IS HE RATHER LIGHT in color? As far as the hen being SPLIT guess just have to wait and see 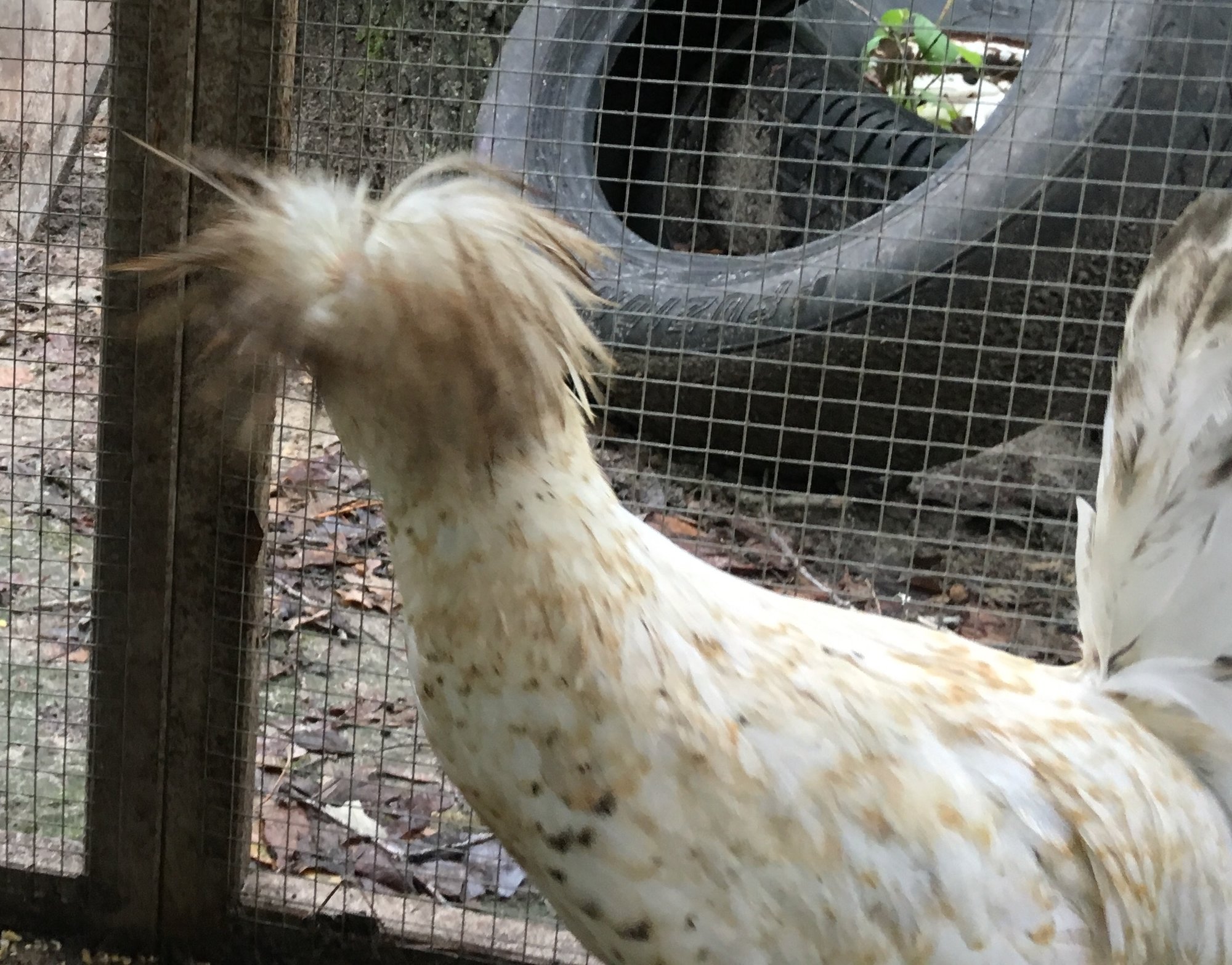 polishmom1744 said:
Do you get Crele Laced by Putting a Crele Roo over Gold Laced Hens???
Click to expand...

You will probably get a messy sort of Candy Corn.
There is no such thing as "crele laced," because something cannot be duckwing and laced at the same time. The closest thing is candy corn, which is barred gold laced.
R

I don’t wanna take yalls thread, but it’s been a while, so I’m gonna ask. What do you guys think these are? I’m not sure if CC or Tolbunt, as I am new to polish chickens!

Came for the chickens Stayed for the drama 🛸🏴‍☠️

What what are?
Is there supposed to be pics somewhere?
R

The Moonshiner said:
What what are?
Is there supposed to be pics somewhere?
Click to expand...

For some reason they aren’t uploading 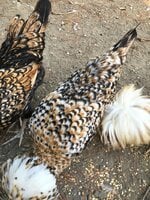