How many of you have a poop board under your roosts for easy cleaning? If you have one what do you have it covered with?

I have a poop board under de roosts. On top I lay cardboard and e.g. some grass clippings from mowing or fallen leaves in autumn. After a week or so I add the poop with green to my compost bin. The cardboard can be used a few weeks.

I found out about poop boards (here, in fact) about halfway through building my first coop. but being the shade tree engineer that I am I thought "I can do that one better

" and built a tray that I would fill with granulated zeolite (Sweet PDZ) This made cleaning it as easy as scooping out a kitty litter box. Since the zeolite also binds to and neutralizes the ammonia the coop never smelled like a coop, even though it was housing ten chickens. 11 when I still had a rooster.
Last edited: Sep 11, 2019

I don't have one but am realizing it is probably needed. I usually empty out the areas under the roosts frequently and scoot some of the cleaner hay over there. I'm using PDZ this year, and really like its properties.

I have vinyl under the PDZ, to keep any moisture from seeping into the wood tray. 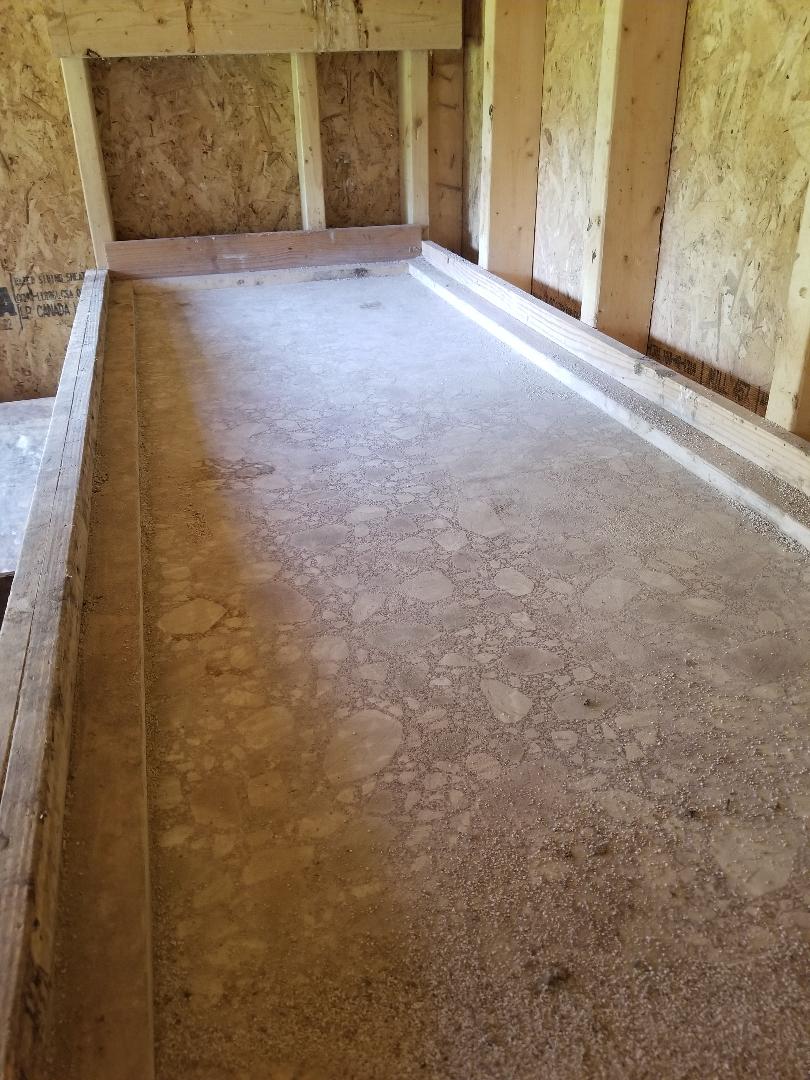 inyl on our poop boards and just take a kitty litter shovel and a plastic coffee can to sweep the poop into the can and deposit in a trash can that ends up in our disposal compost pile. Takes about 2-3 minutes to clean boards and maybe once per month I take them out and wash them off. Can't imagine anything easier.

This shows the poop boards before cleaning. They just lift off the brackets underneath them. 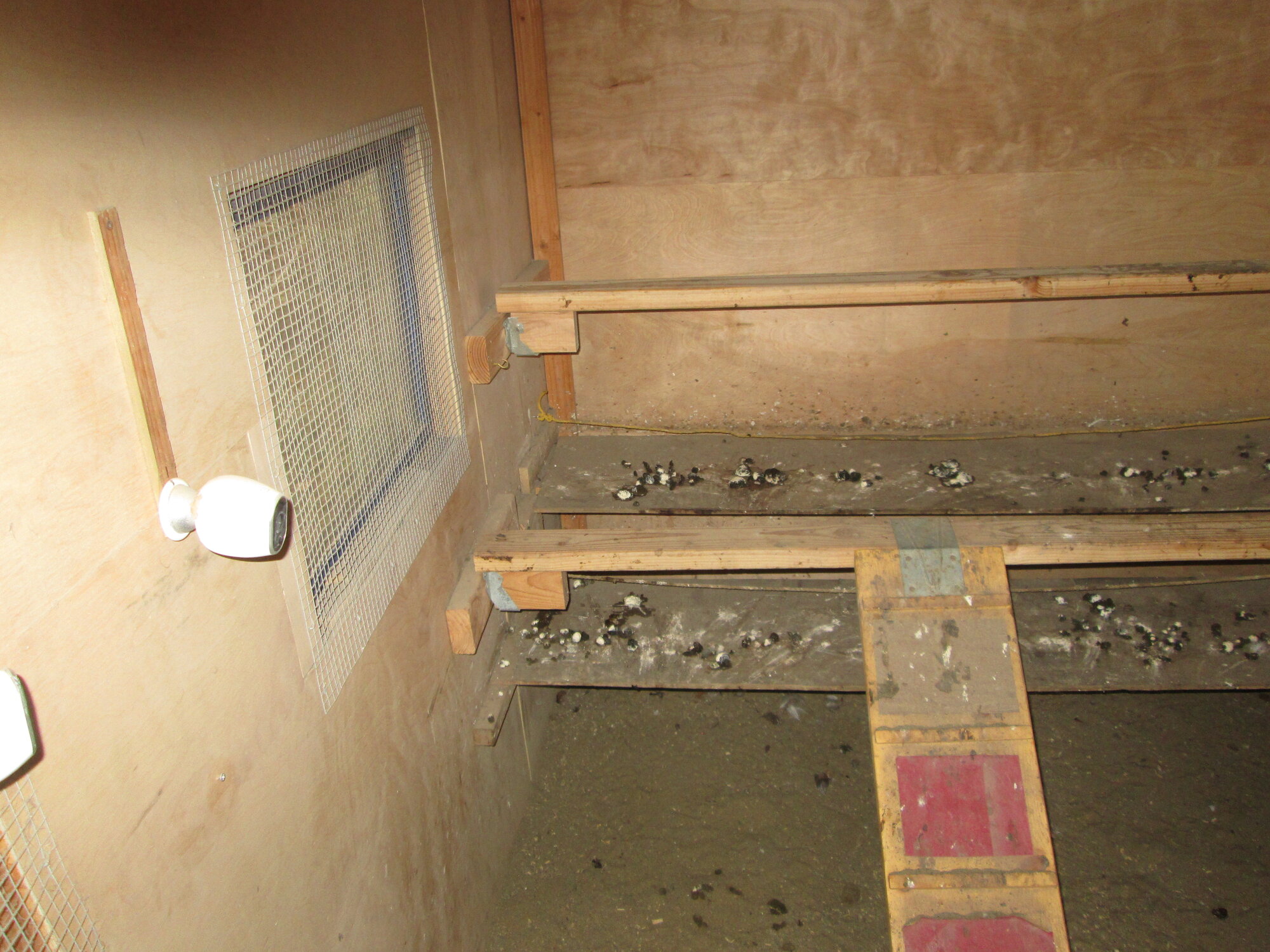 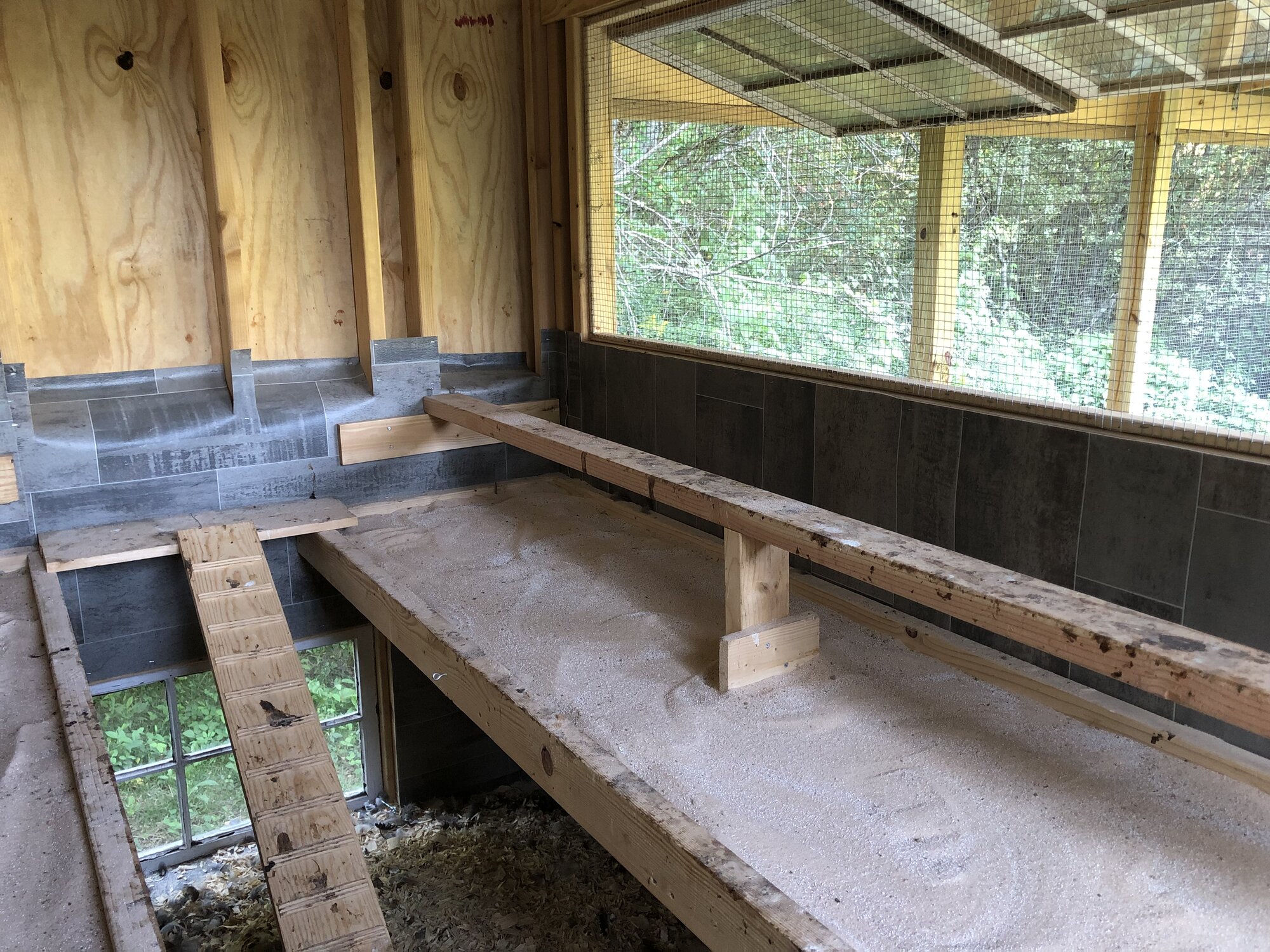 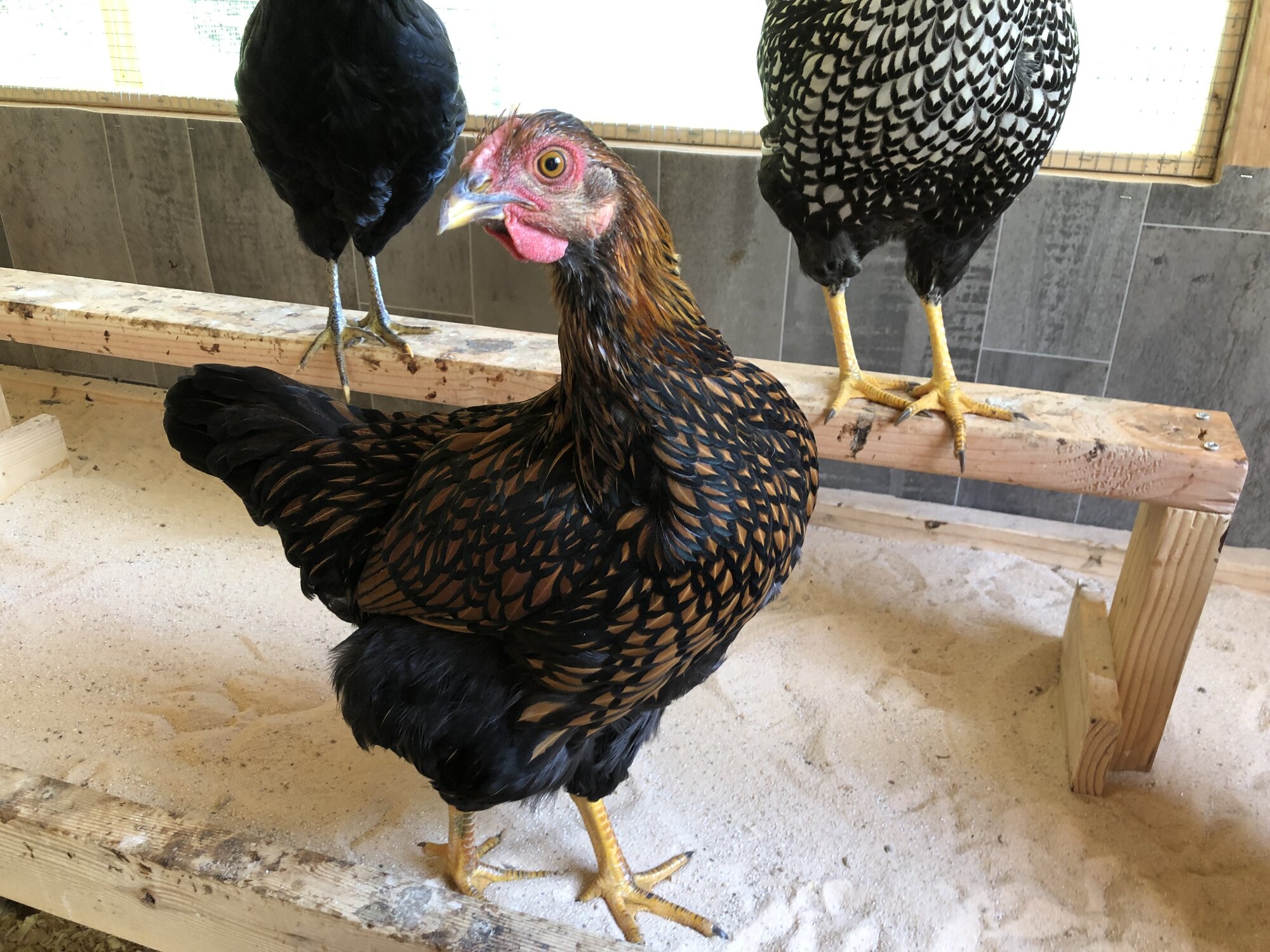 Mine are lined with the same vinyl I used on the floor and walls, and then topped with sand and PDZ. Easy clean up with a kitty litter scoop; a thorough clean up with the kitchen mesh sieve when I miss the beach!

E
Chickens roosting on dropping board
2