So, first of all I blew around fifty dollars at the poultry swap, which resulted in a very happy Gabrielle, which of course is me.

The sad part was saying goodbye to my excess roosters which I absolutely loved. Storm my little boy who thought I was his hen and actually tried to mate with my leg multiple times. Also Ace who would come sleep beside me when I sat down in a chair, he would cluck softly until he fell asleep.

I also might keep this as a chicken journal!

I also apologize for the dirty coop! We forgot to clean it those five days.

Anyways, here's the five chickens I bought! I got four of them for just thirty five dollars, the man was so nice and he would have given me more, but I didn't want to take that many at a time. I'm also completely sure... 100% *Knock on wood* that they're all hens. Pics don't do them justice!

Also, since she's so tiny, possibly a banty?? 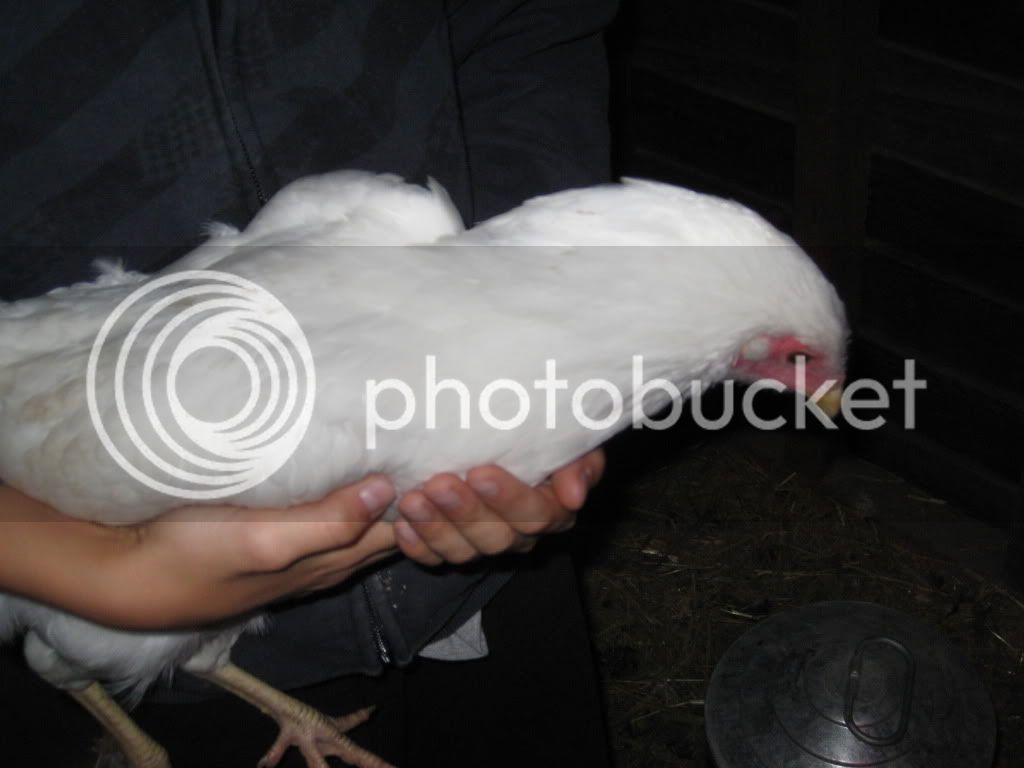 My brother with Snow White: 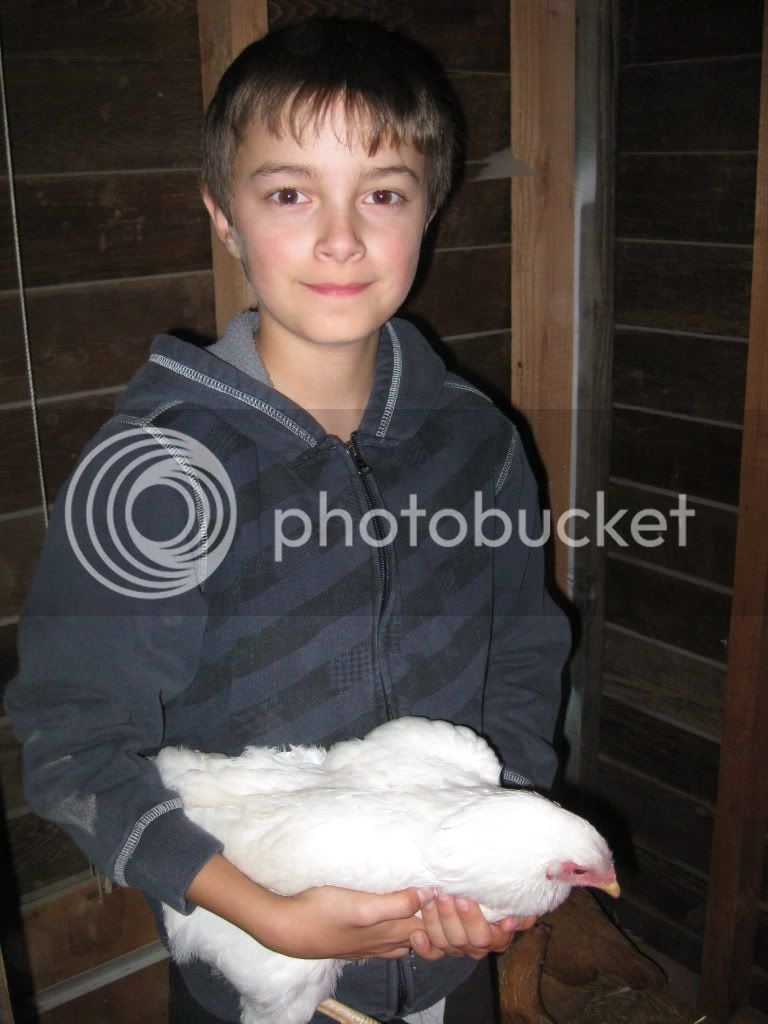 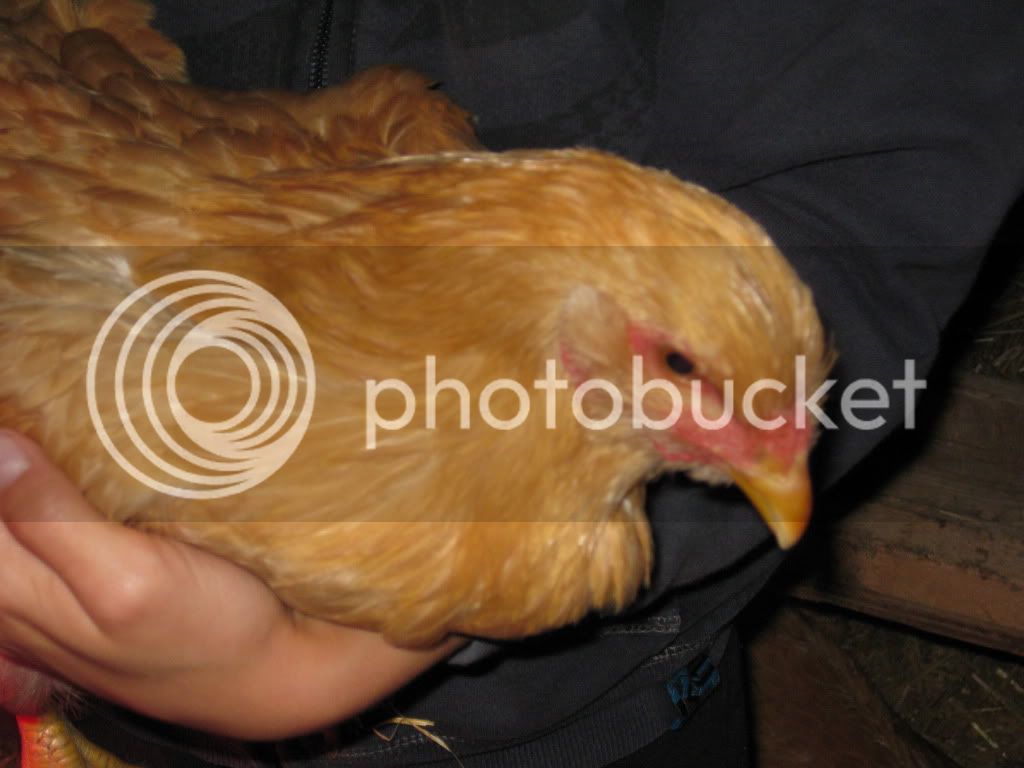 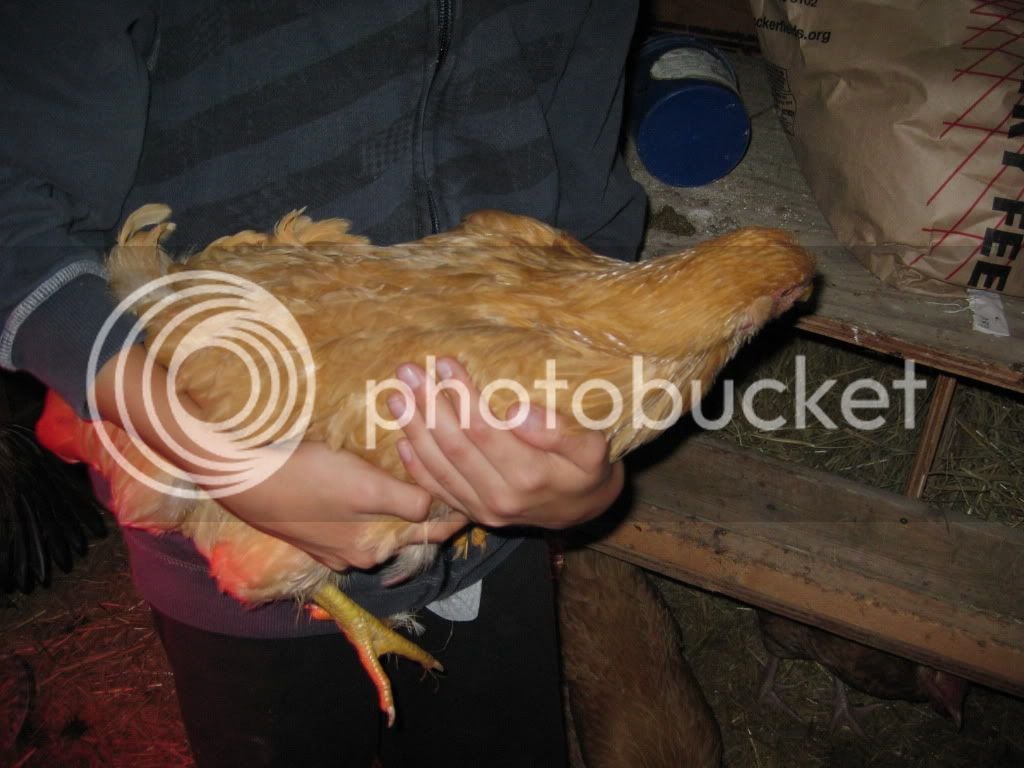 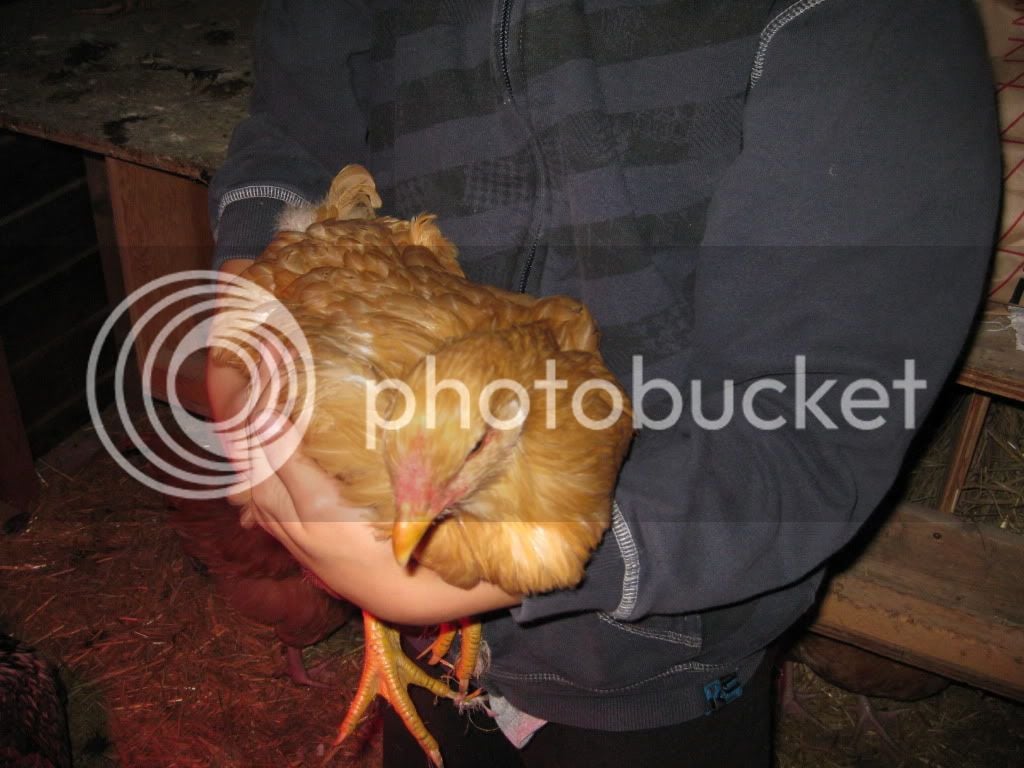 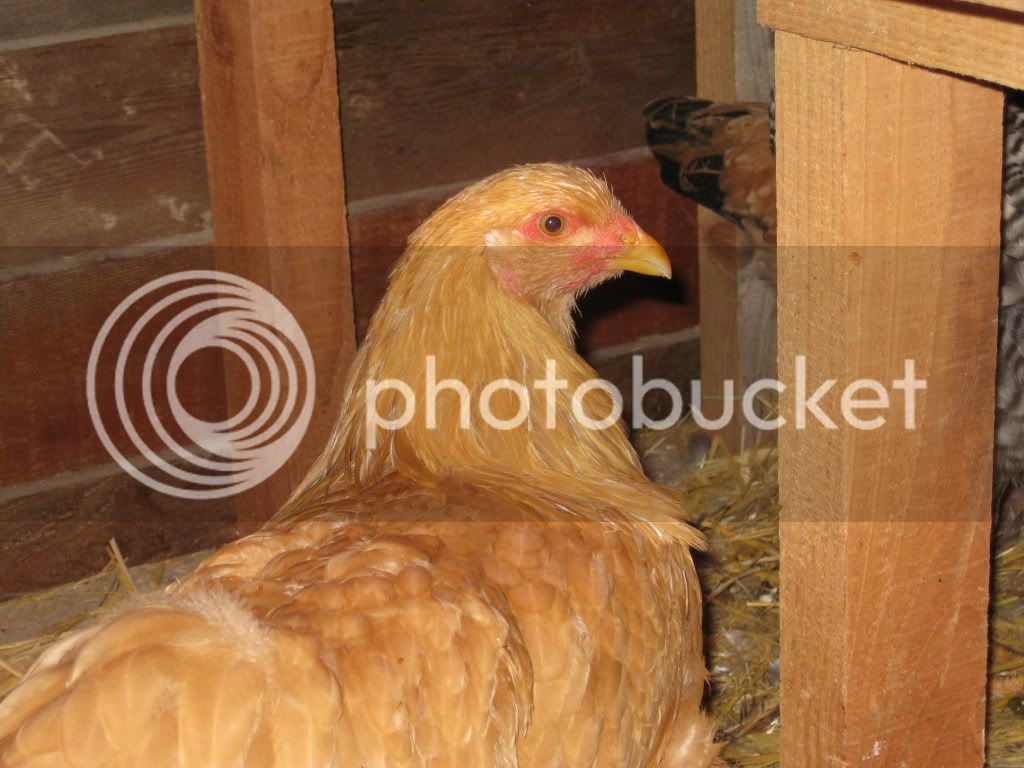 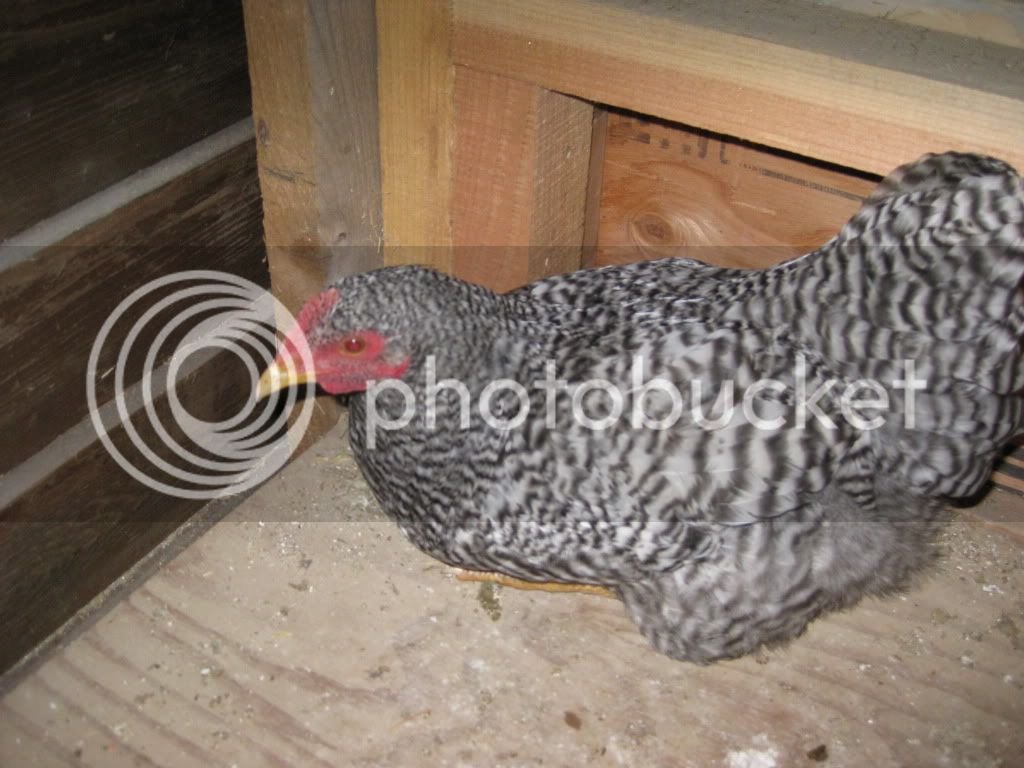 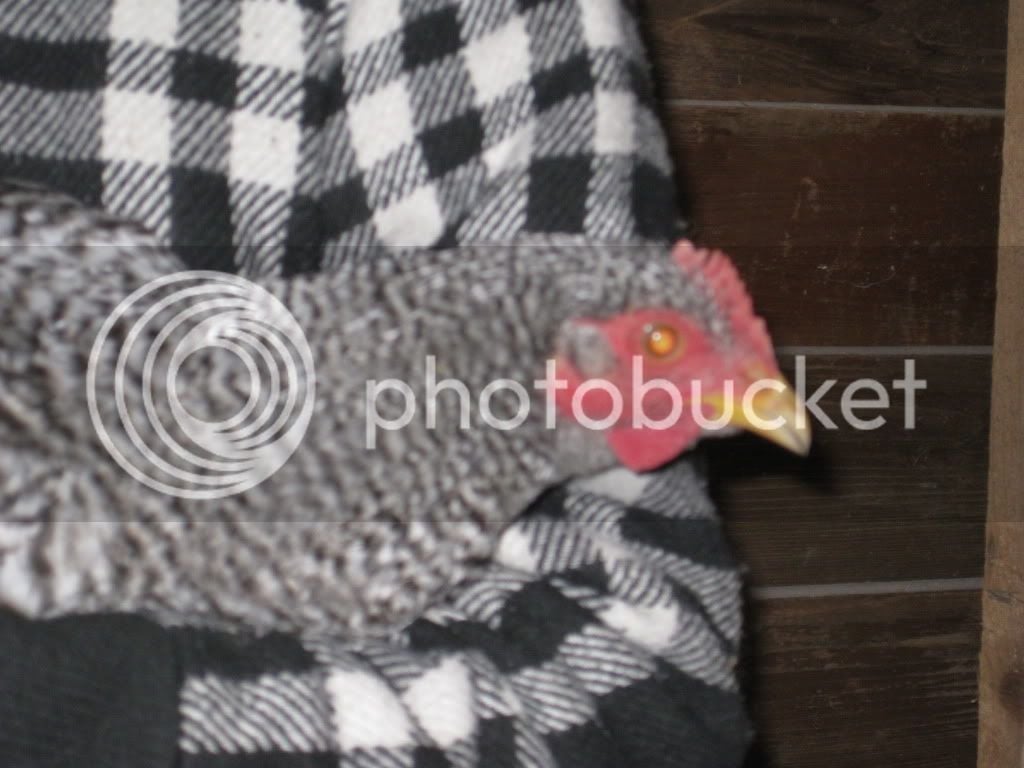 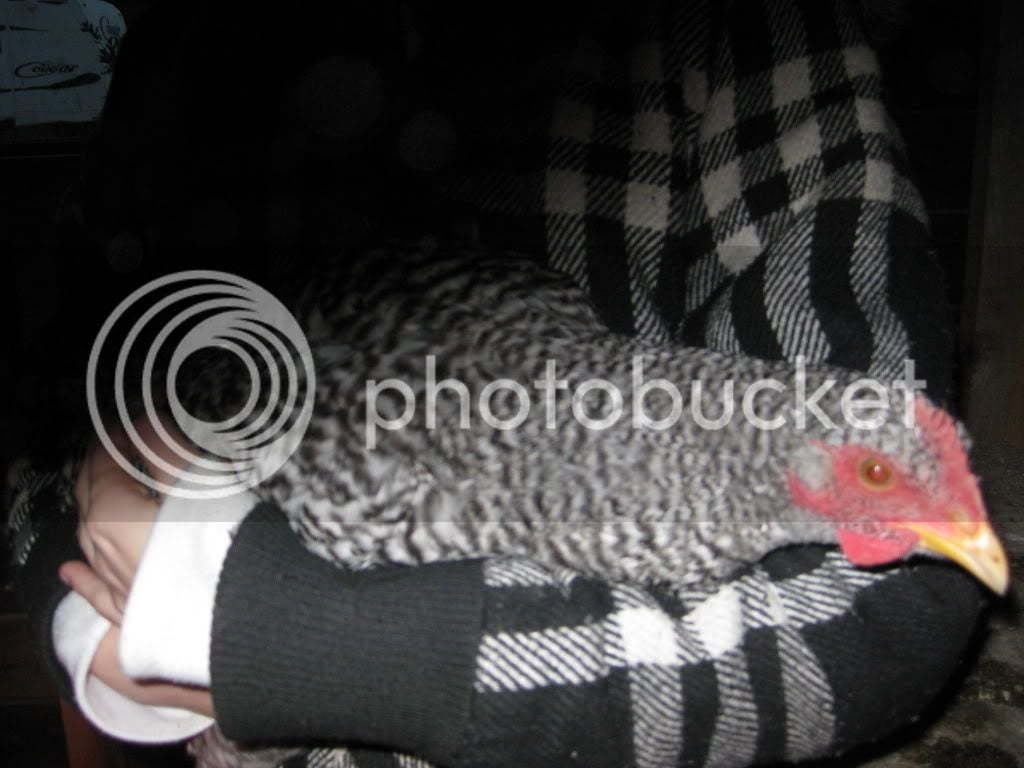 16-20+ Weeks? Help? The lady I bought her from said she was POL, however what do you guys think? I'm pretty sure she is, the only reason why I think she isn't laying at the moment is the stress of moving. She was the most expensive out of the bunch, 25 dollars. Also, show quality or pet quality? 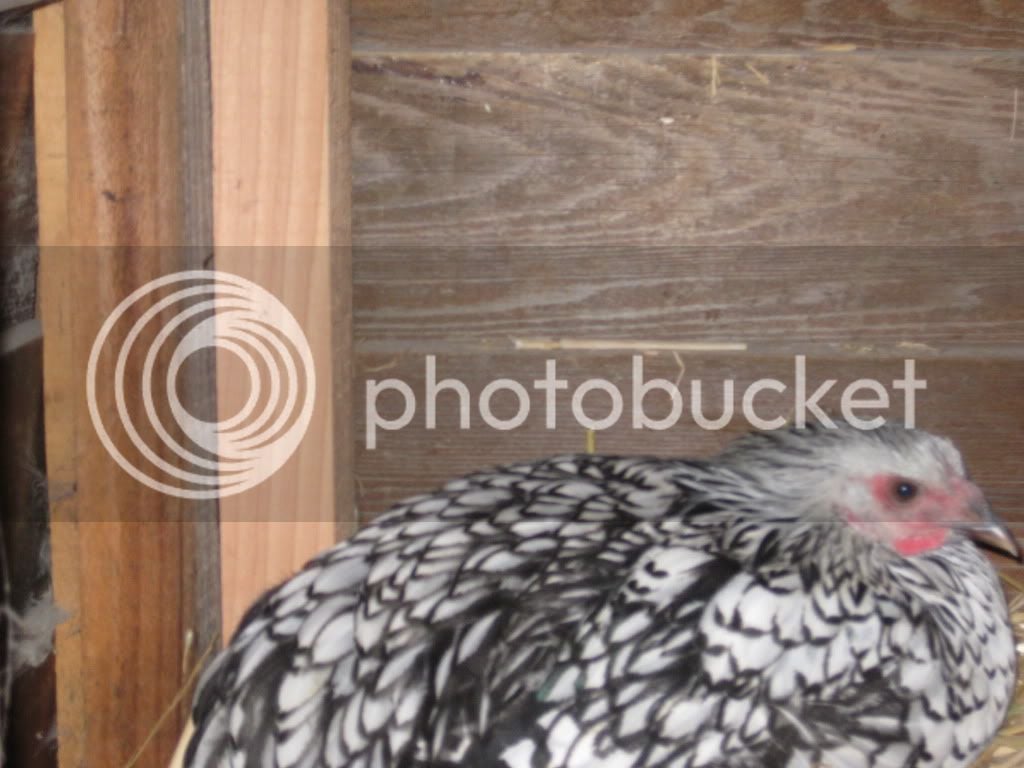 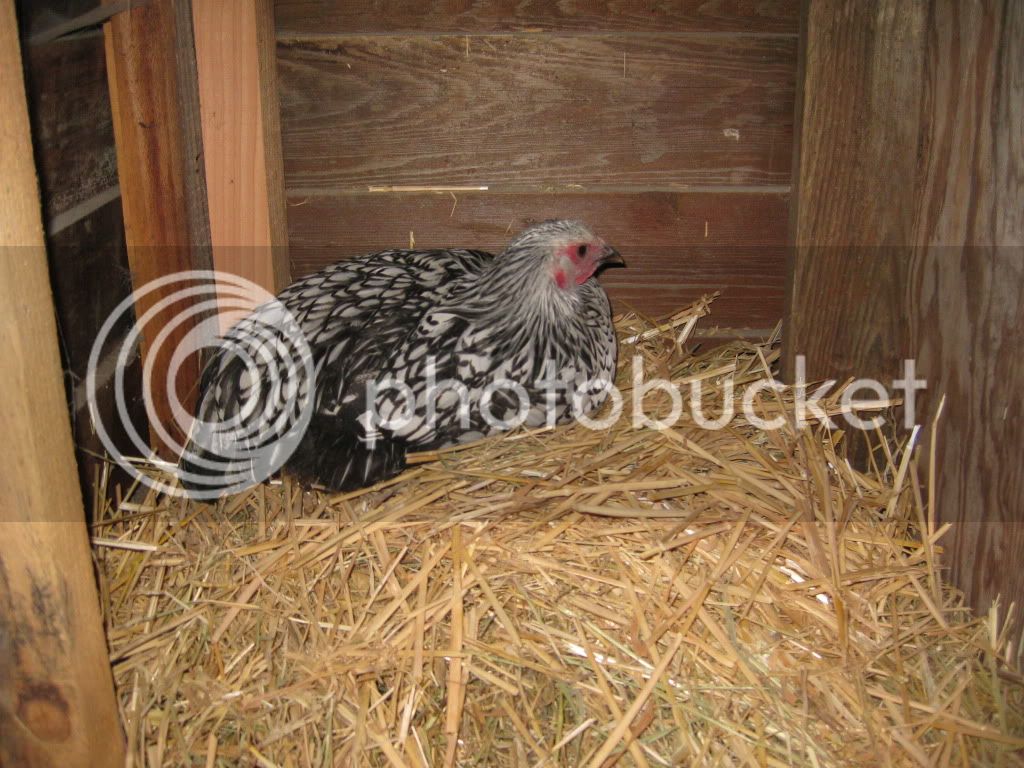 No Name Buff Brahma
15-20 Weeks? Guess? Is this one possibly a banty? She's sure tough! 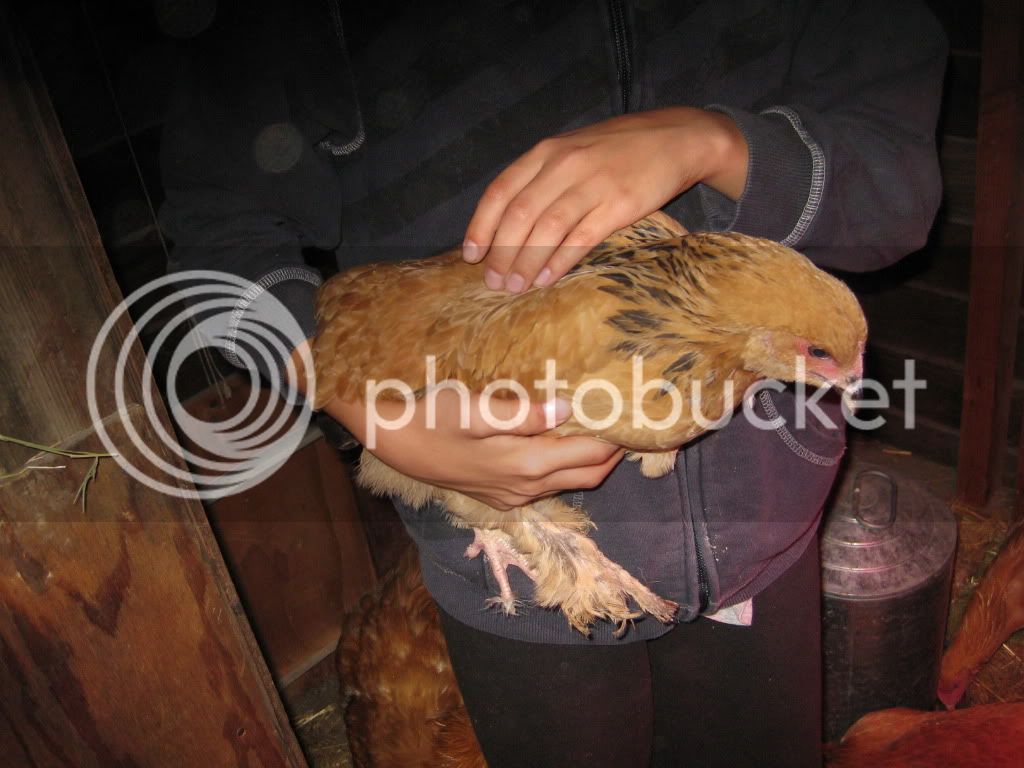 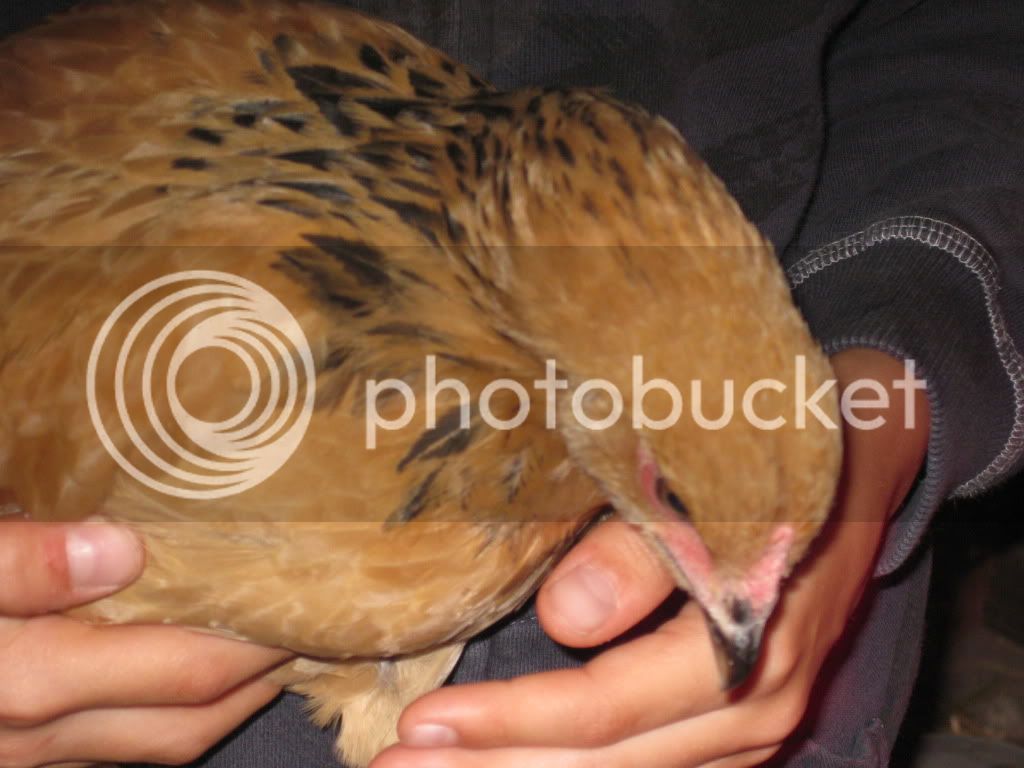 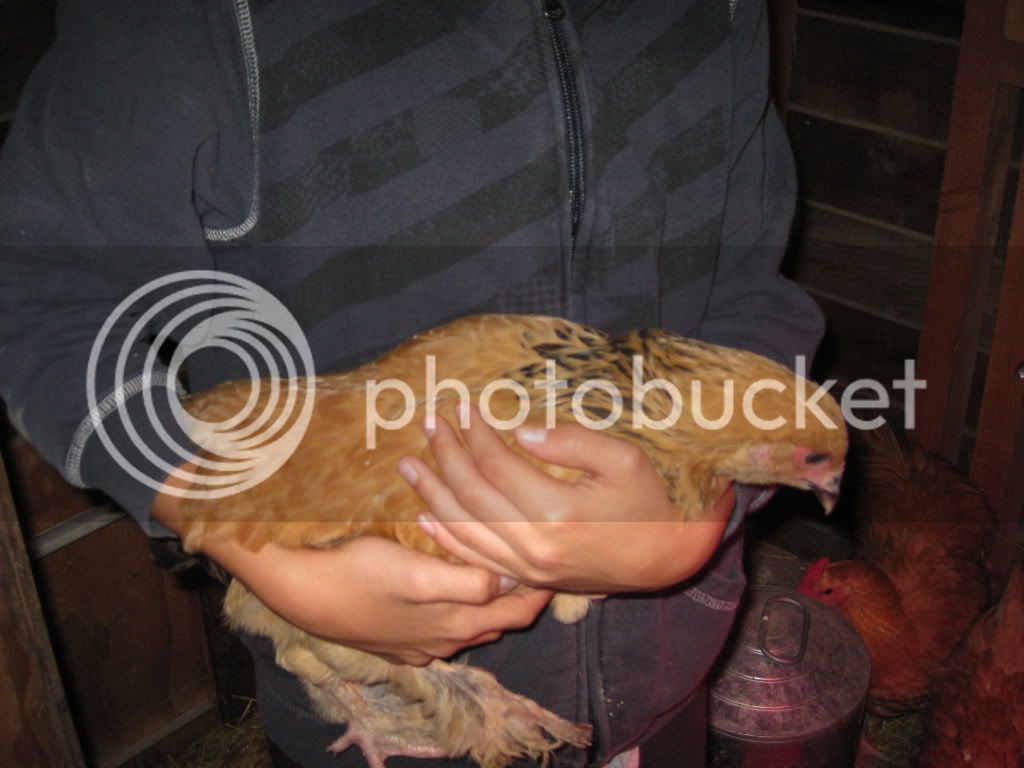 Your guy's guesses on the quality would be very nice as well, I'm thinking on getting a nice high quality rooster for one of these girls in spring, however it will depend on their quality. I'm really excited to play with crosses with my BO roosters though! 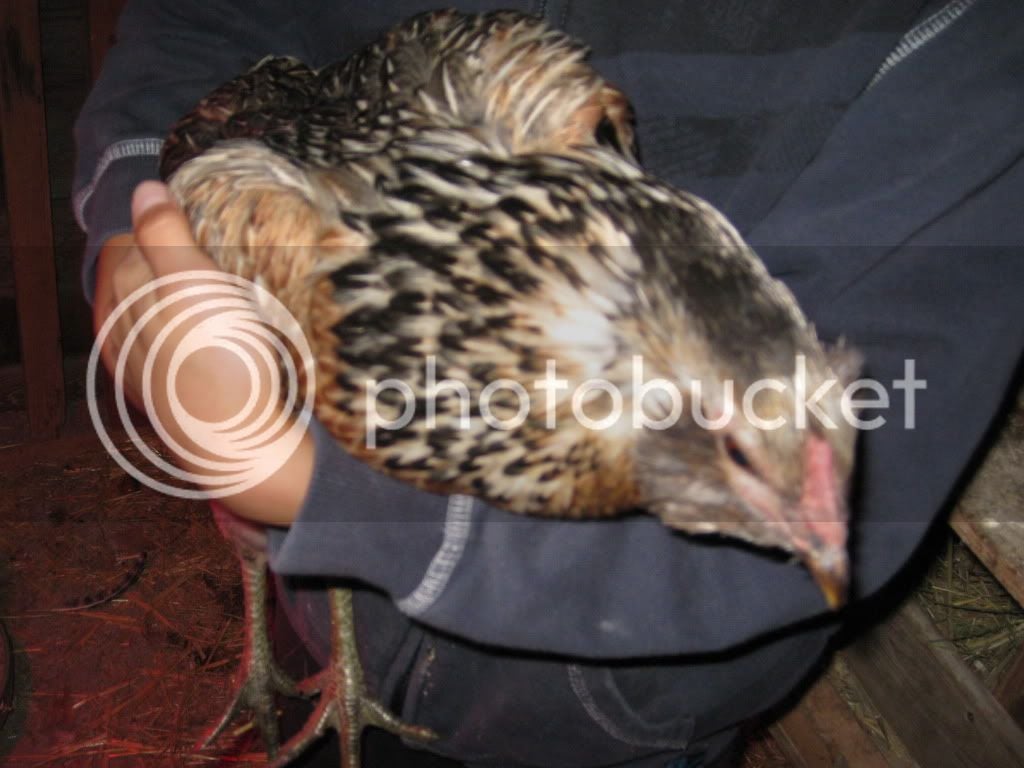 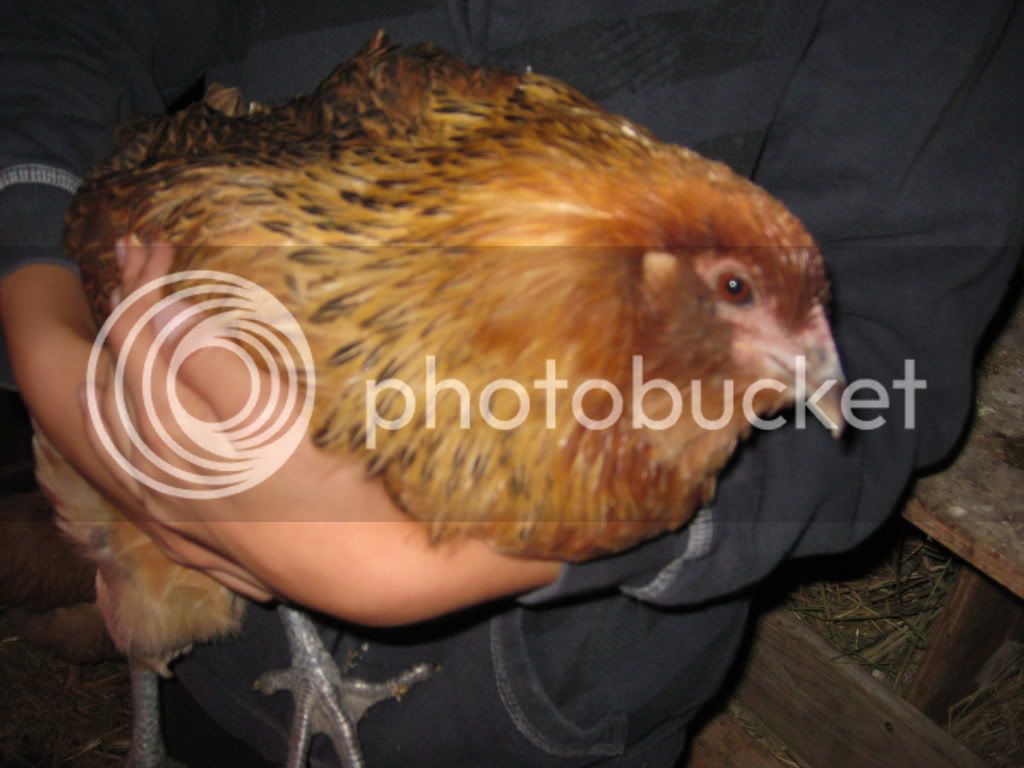 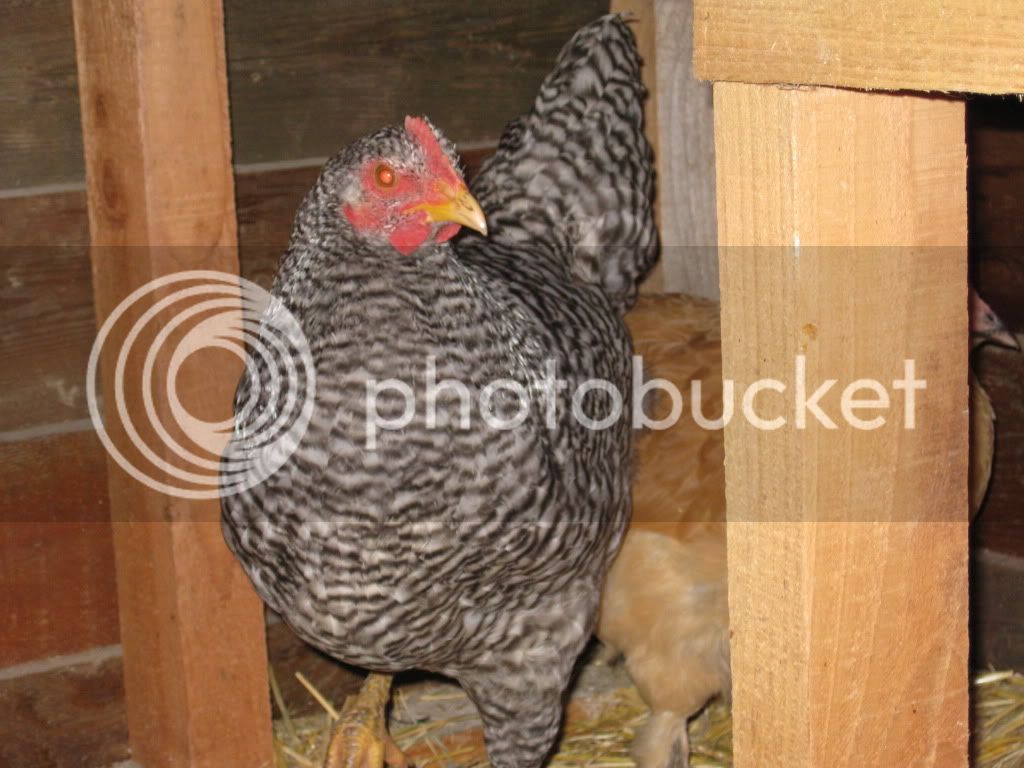 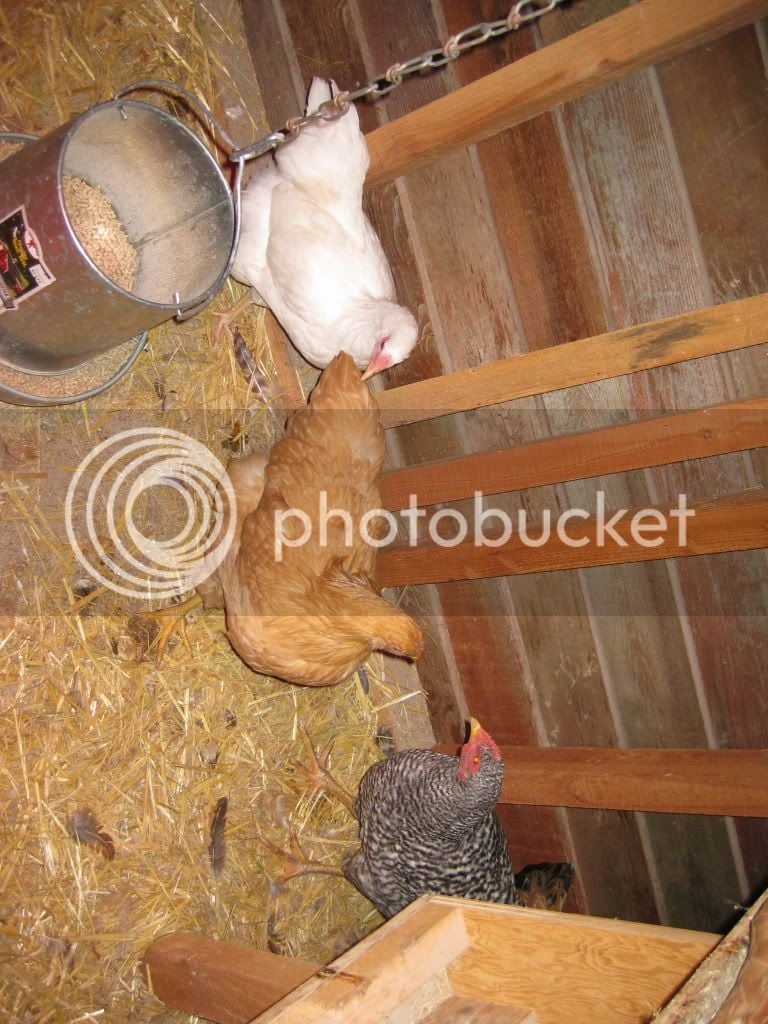 There's a BO in there! 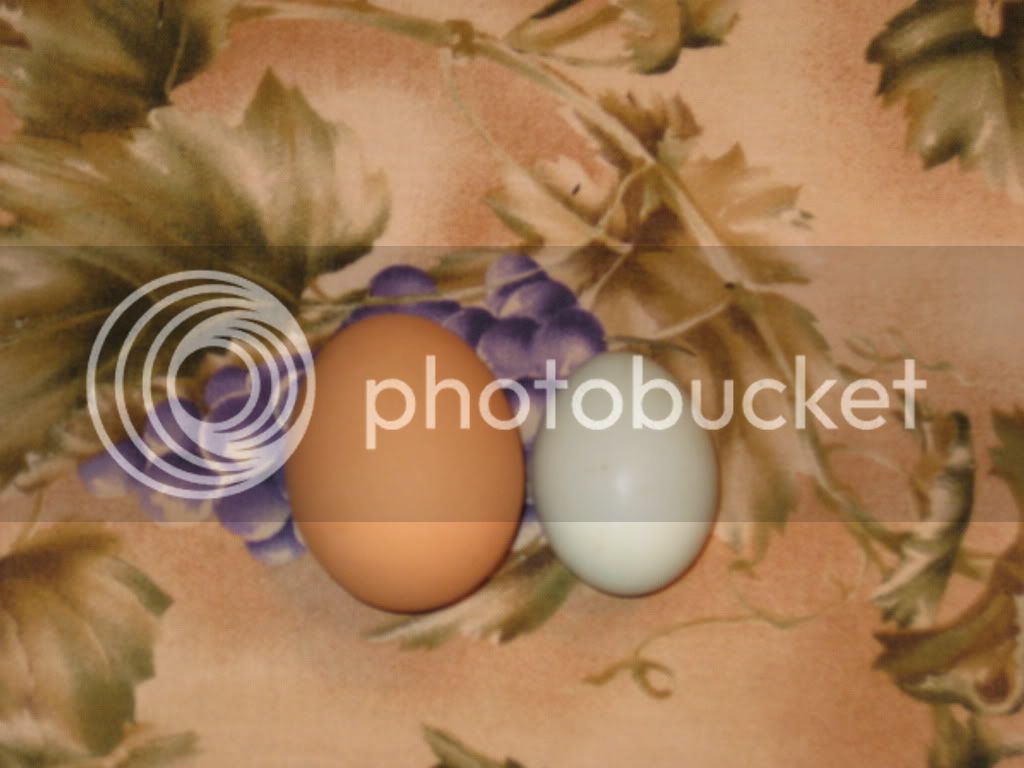 The brown one is store bought, for comparison.

Wow, I never knew I could use so many smilies!

After I came back from school I rushed out to the chicken coop as usual and found an egg in the farthest nest! I'm so proud! The top was broken though, but the contents were still fully intact, it broke through the shell, but not the protective layer inside.

Anyways, I'm not quite sure who laid it. I'm guessing one of our EEs, Hermione is the prime suspect. Henny Penny has been acting oddly, but her comb is still tiny. Hermione is exactly 20 weeks old today, so that says something for all you people who think EEs are late layers all the time, however I think Henny Penny may make me change my statement.

it kinda looks like jane is a roo in the first pics. looks like a few saddle feathers.dont know.

First egg -she came running to tell me.
2