Pregnant doe, how soon to kidding?

Hi there! I have a doe I bought a couple months ago that's pregnant but I have no idea when she was bread since previous owner let buck run around with the does 24/7.
Her belly has gotten larger and shes starting to bag up.
I have no idea how to feel for ligaments, no matter how hard I try.
She hasn't been showing signs of labor yet. 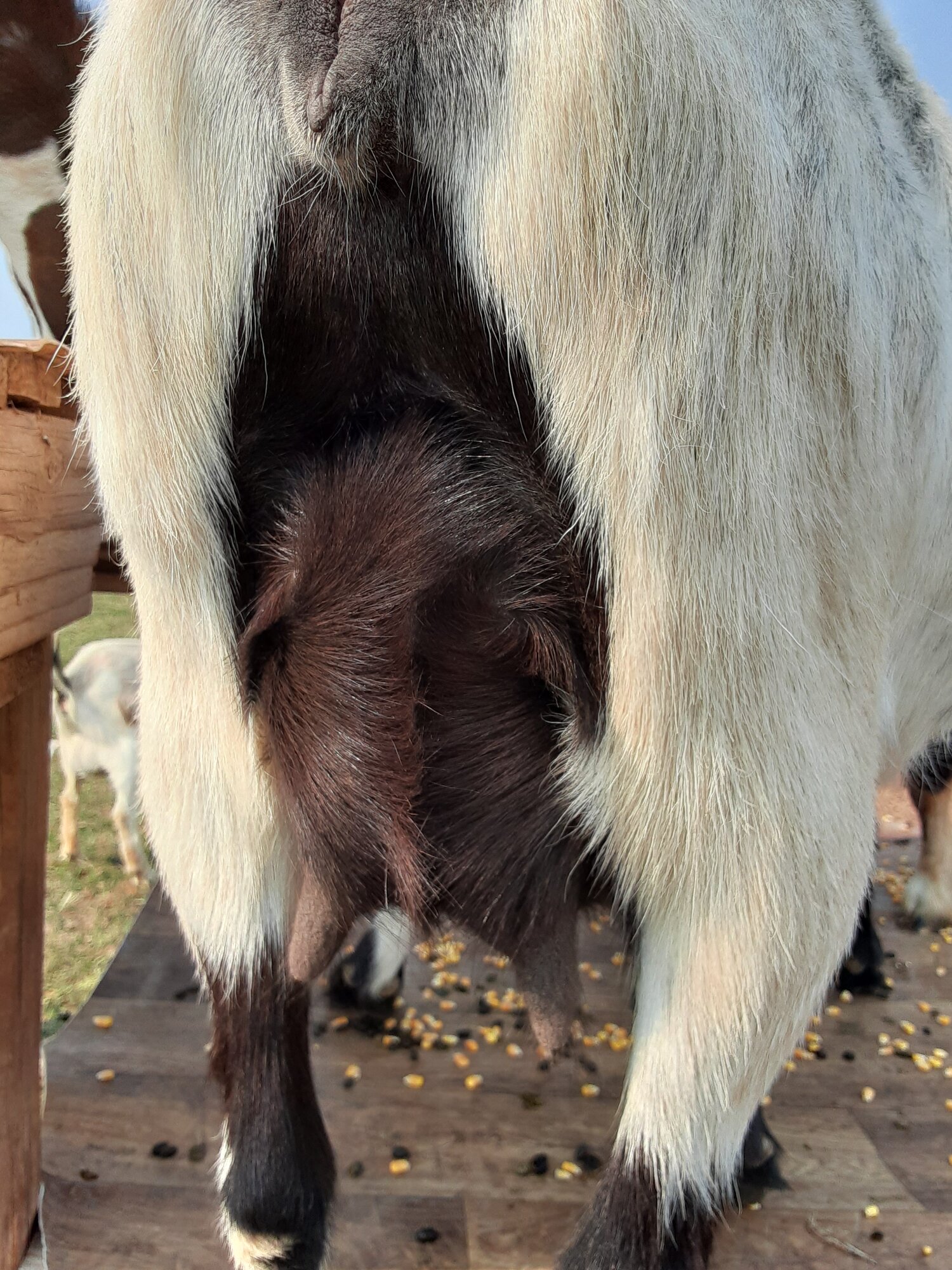 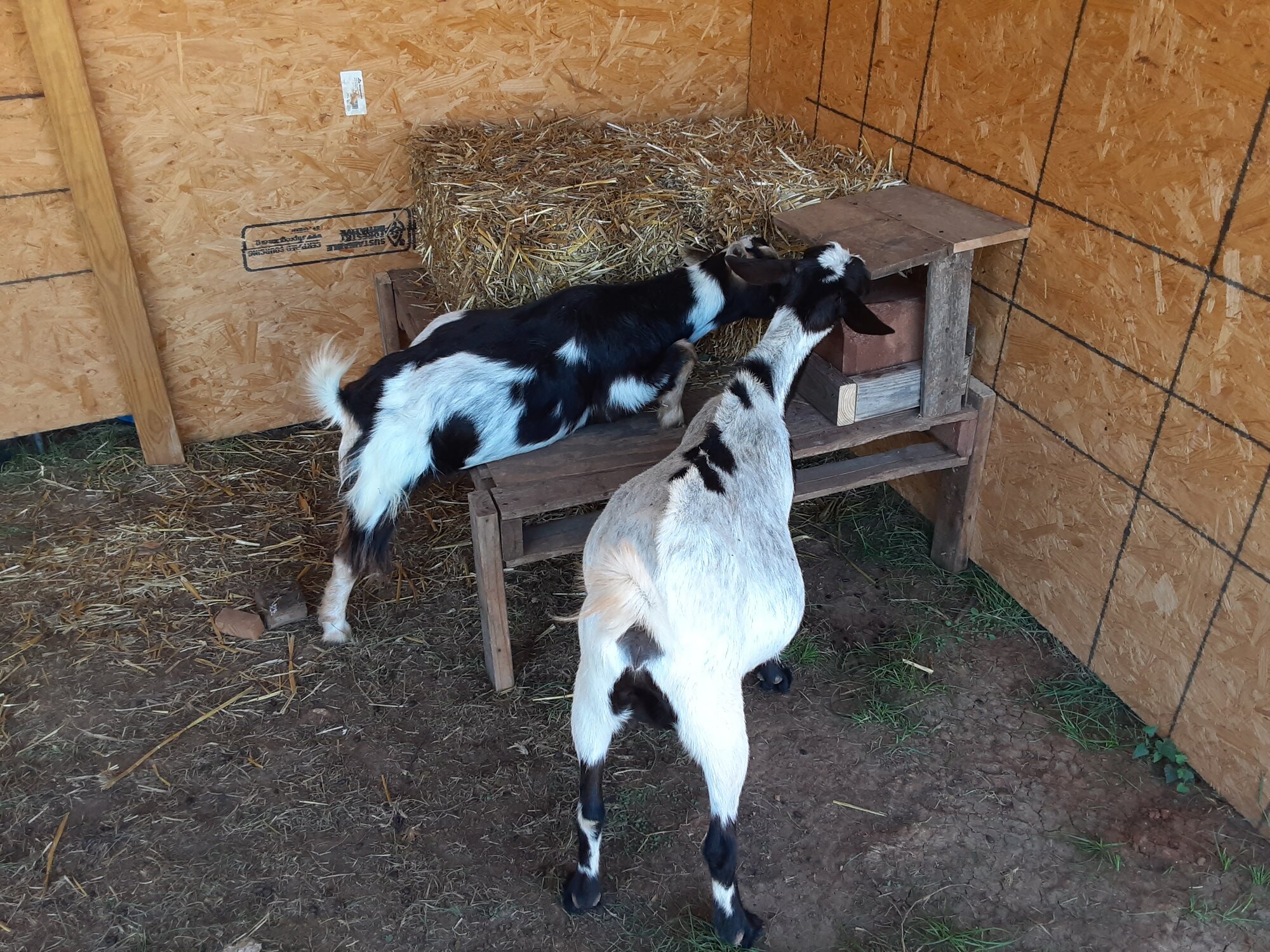 These are from tonight. 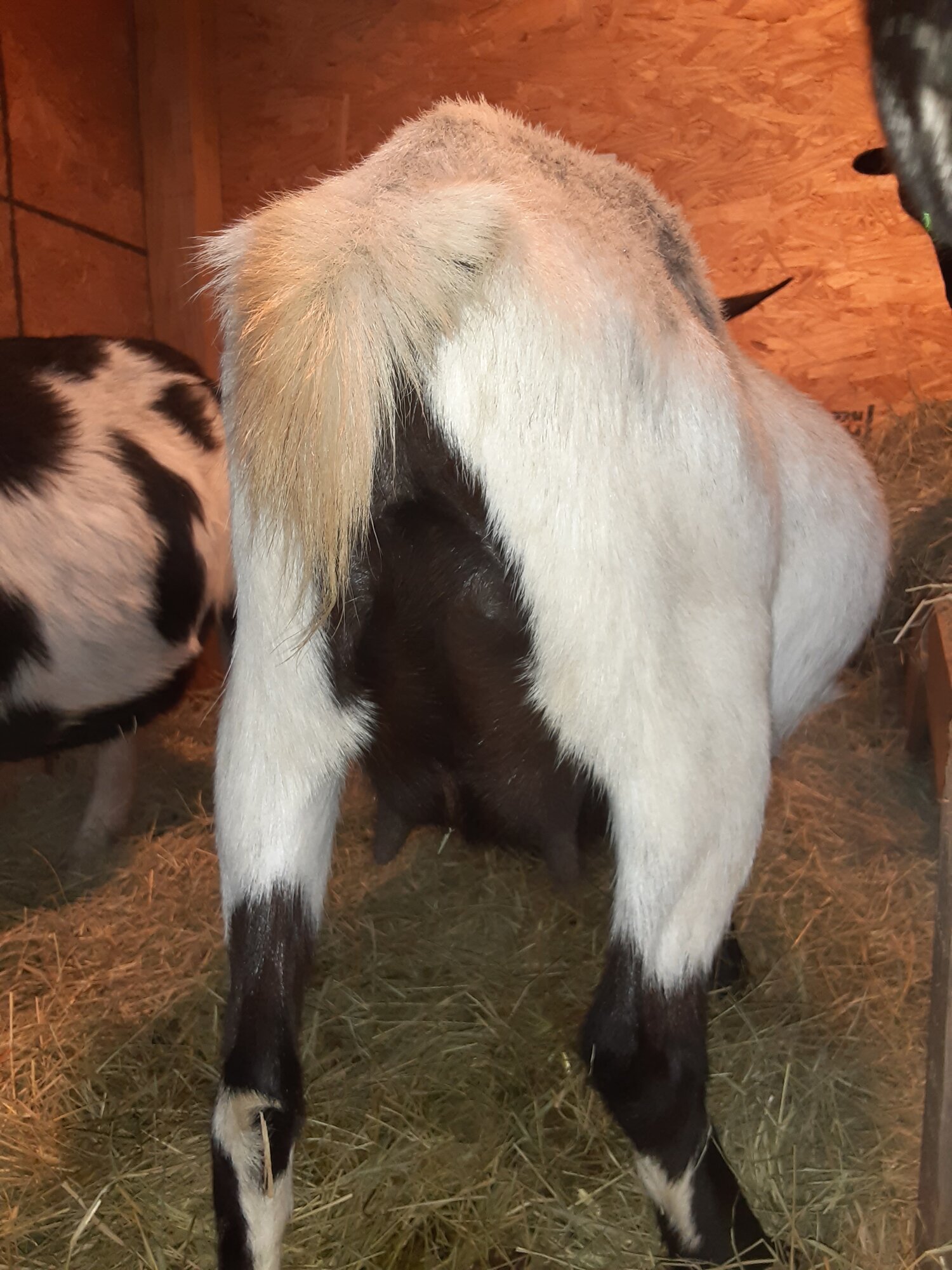 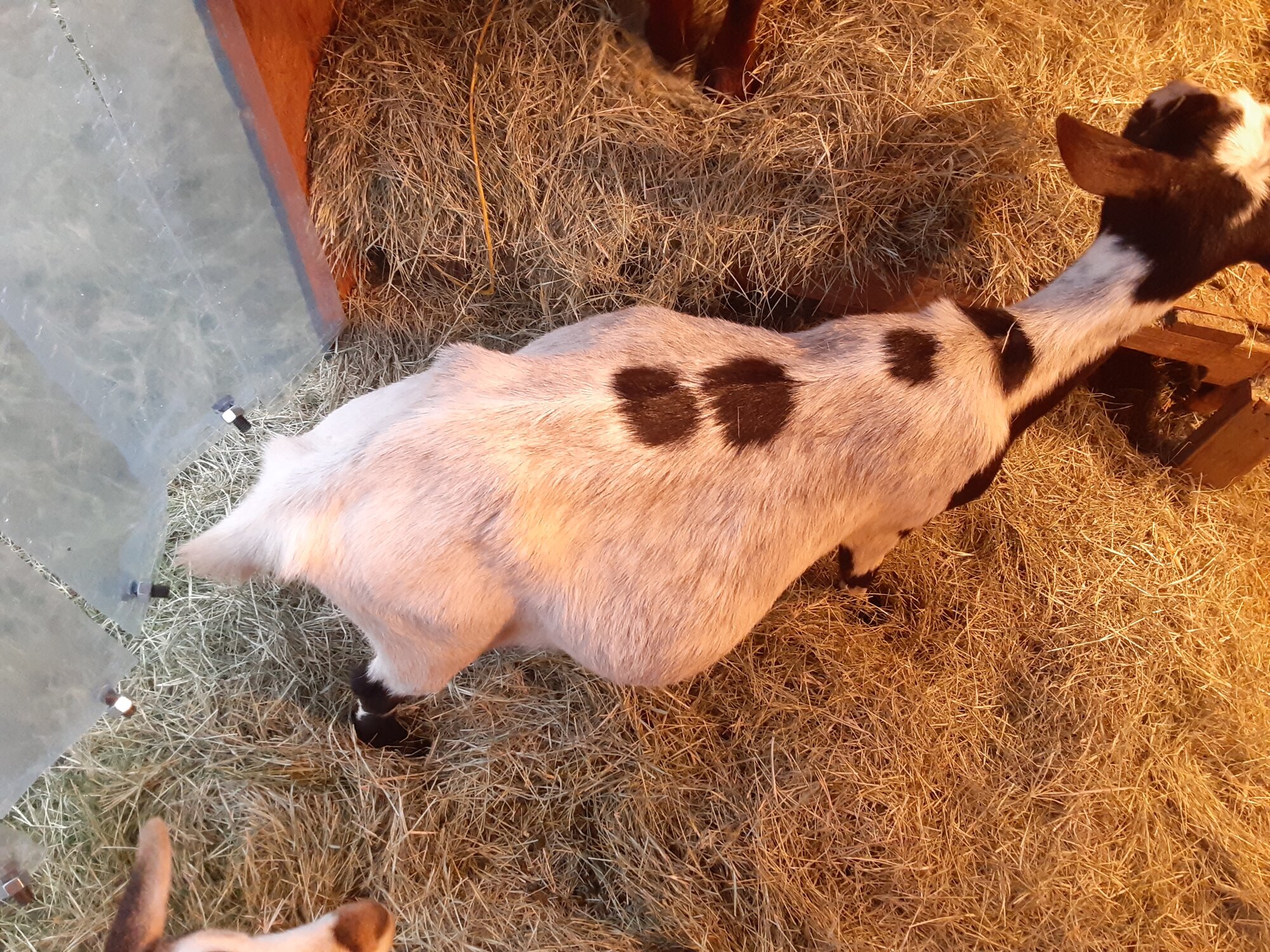 I had goats for 40 years and I never figured out the ligament thing either, She looks to me like she has a ways to go. Like maybe a month or so. Shortly before kidding the tail bone gets very loose. Sometimes you can get your fingers underneath it. The kids are carried lower and the flank area usually sinks in quite a bit. The udder should fill up quite a bit. When she starts to go into labor she will get restless. She may pace, and get up and lie down, paw the bedding, etc. If she is with a group of goats she may go off by herself. When you see a mucus string from the vulva labor is underway. Please also bear in mind that goats do not read the books. What I gave you is a rough guide.

It’s the ligaments on the sides of her tail head that you’ll be feeling; sometimes you can see them but it’s easier to feel. So looking down on her pelvis from above her back, the ligaments that run kind of alongside/parallel to her spine/tail. They’ll feel like a rope in there at an angle right now if you run your finger along between her spine and the point of her hip.
She doesn’t look too close yet to me either, yes she’s bagging up but the teats aren’t really filled and she still looks pretty tight around her vulva, not loose and floppy like she’ll need to be to push kids out. but then, I’m a cow person, less so for goats. Lol. I do work at a vet clinic so handle a fair number of goats but no personal experience - I usually just see the problem cases haha.

I will say based on the pics she looks underconditioned. It’s hard to tell from pictures but if she’s as thin as she looks I would make sure she’s getting more groceries.

She seems to be bagging up slowly.
She is fed good and is a on free choice coastal hay. Shes usually huge from eating alot lol. Just yesterday I noticed her looking a little boney up top. But the past 2 days have been cold and rainy and shes just been staying in her pen.

I know for a fact she hasn't shown any labor signs. I looked back at when I got her and it was back in june 28. So tomorrow will have been exactly 4 months that's I've had her. So I guess sometime in the next few weeks she should kid then.

Their nutrition requirements definitely increase in the last leg of gestation. and of course, dairy breeds are going to be on the thinner side anyways. But if you’re planning on milking, or even if you’re not, it might not be a bad idea to start supplementing a little with alfalfa cubes/pellets or a bit of grain (if you’re not already) to get her into a little better flesh prior to kidding. If you’re trying to avoid grain like many people do, then a higher protein forage source like alfalfa is a good way to go. It’s a lot better to put on a bit of condition now than try to catch up after she’s had her babies - her requirements just grow from that point on. And it’s a heck of a lot better to start them on a ration and back it off if needed prior to all the changes and demands of lactation than try to boost their intake later and risk metabolic issues. That being said, you don’t want her too fat, but I doubt you could pack on enough lbs in the next few weeks to make that much of a difference in a negative way.

She’ll drop excess condition pretty quick once those little leeches hit the ground anyways, even if she did somehow manage to pack it on. xD haha.

Just suggestions, based on what I’ve seen and what we do with the beef herd.

Do you supplement minerals or selenium? I would buy some selenium paste at TSC and give her a dose each week until she does kid. Most of the USA is selenium deficient and it really helps pregnant does have healthier babies. Do you know how old she is or how many times she's kidded?

She has free choice minerals and baking soda in her pen.
I live in north texas. Im not sure what the selenium levels are where I live.
I dont know how old she is, but she looks young. She kidded a year ago. I bought her daughter too.
I bought vitamin B complex and calcium drench to give her.
You must log in or register to reply here.
Share:
Reddit Pinterest Tumblr WhatsApp Email Link