She wagged hello and so did baby. Sweetest ducks ever! 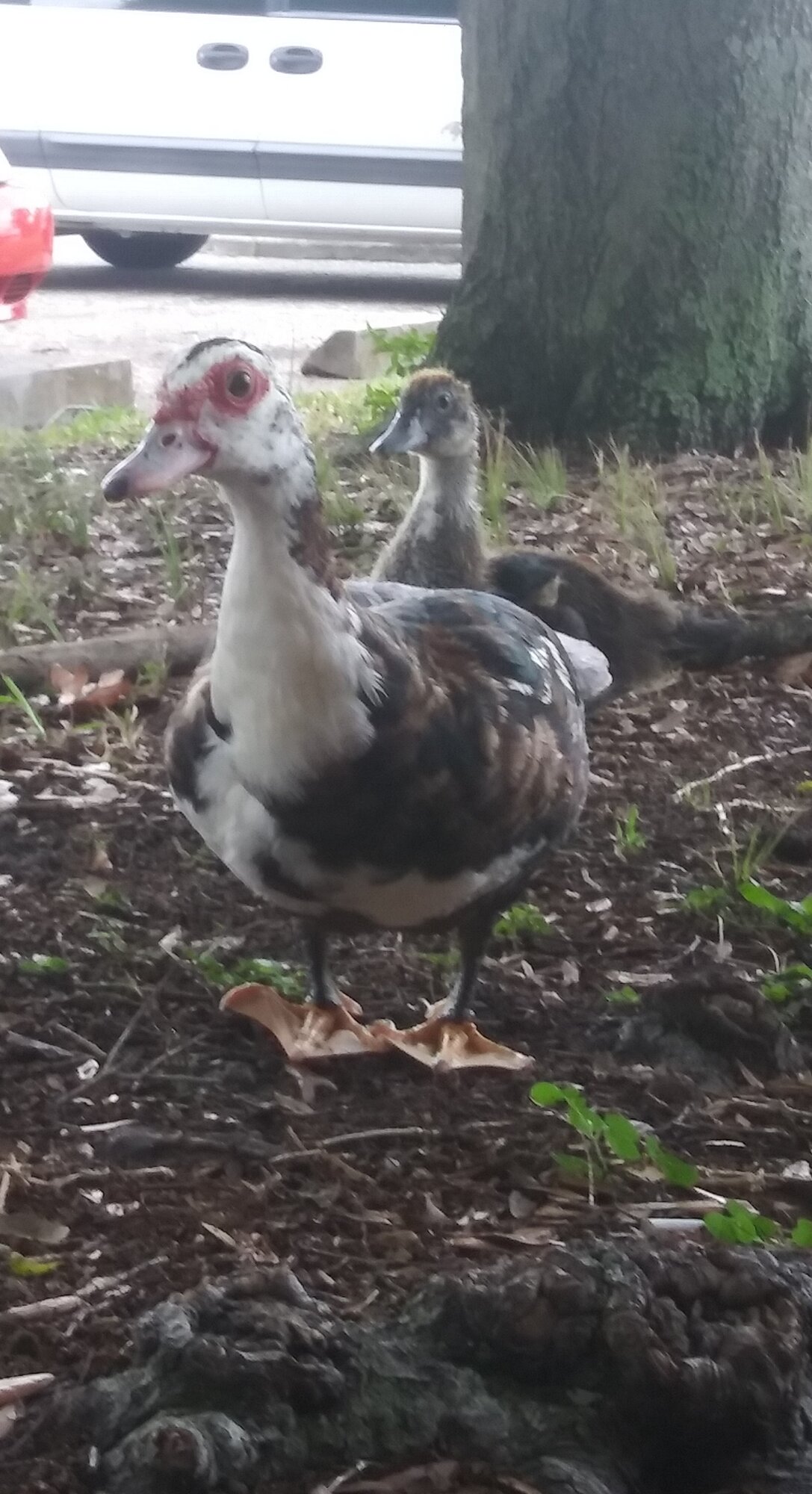 Adorable! They look to be Muscovies!

Backyardchickengirl said:
She wagged hello and so did baby. Sweetest ducks ever! View attachment 2177490
Click to expand...

Could they be a subspecies? Very unusual markings and almost mallard colored webbed feet? Only 1 baby.

No, pretty sure there's only two subspecies of muscovy, Wlid type and domestic type, that is domestic type with a common-ish condition called Piebaldism. It is very common in domestic animals, it is when an animal has irregular white patches on their skin and feathers fur ext. It is the same condition that makes dogs and cats have white paws and other patches, as well as the well known black/white coat of the holstien cattle. There are a lot of feral domestic type muscovy ducks in florida, From what ive read they aren't protected and are destroyed by people frequently, if you feel you are ready for ducks, you could catch them and clip their flight feathers so they won't return to the wild, and keep them safe. Muscovies are said to be one of the friendliest of the waterfowls, and the call they make is very quiet. They still poop alot I Imagine, they are VERY good at catching Insects.

Wow! Thank you Brian. You are so informative and knowledgeable.

I love my Muscovy and they come in a rainbow of colors!

Backyardchickengirl said:
Wow! Thank you Brian. You are so informative and knowledgeable.
Click to expand...

Thanks, But the name's Avain Brain, like Brain as in the thing in our skulls. Ironicaly it means bird brain

I noticed that after I hit send. I really felt silly!

Permits for ducks in florida?