I set one Coturnix egg for 18 days in a king Suro incubator, and it is situated right under the central fan and seems to move due to the air flow. This morning I noticed the bottom side of the egg cracked and there are small egg shell fragments right in that spot, so I assume the chick has pipped (Candling at day 10 showed blood vessels, black mass and some movement).

It's been 10 hours since I left the egg in the above state this morning, and still no progress. I am worried that the chick might not be able to break the shell since the egg is directly under the fan and it is subject to the constant airfow, which might keep the chick from moving the egg about in order to hatch. The temp is 37oc and Humidity at 60% following manufacturer's instructions.

This is my first time hatching quail eggs, and I would really appreciate your assistance in the matter!

I set the temperature to 65% according to the vendor's suggestion, wouldn't opening the incubator at this stage harm the chick (if it is still alive)?

There are different schools of thought about rigid lockdown conditions, humisity drops, intervention etc but I'm afriad I dont agree with non-intervention. I must have saved many chicks by adjustments and intervention. However you must make up your own mind as this is simply my opinion.

For further links and information on incubation please check out my website;

I hope it helps you.

What a wonderful guide, so detailed and informative - thanks!

I opened the incubator and checked the egg - the chick inside peeped at me (so cute!

). I placed the egg inside the incubator away from the fan, and tried positioning so that the crack the chick made would be to the side, but twice already the egg just flipped back down and the crack in the shell is on the bottom side again! :| will the chick be able to hatch being in this position? Should other measures be taken at this stage? I made sure to leave the ventilation hole open for oxygen to flow in. The temp is currently 37oc and humidity at 65~68%.

Time to test your patience

Try not to intervene as the cheeping means that its lungs are maturing ready for independence.

Having read your guide as well as your comment below, I feel more confident now, knowing the chick is just making its way gradually to independene in a natural way

I am so excited at the thought it may be out sometime soon! How long does it usually take for a quail to shift from external pipping to fully hatch from the egg?

Usually about 12 -24 hours. When they do start rotating its fast!

It's a good thing the weekend is just around the corner, looking forward to some "zigzaging" then!

Will post updates on the chick's progress - truly incubated like a king (Suro), having all the bator to itself

hatched around 6~7AM this morning, and is now exploring the interior of the bator. It's blonde in color, although the father is a cinnacom and mother is regular coturnix hen (pictures follow). I took the pictures using my cell phone cam, so the quailty isn't great I'm afraid 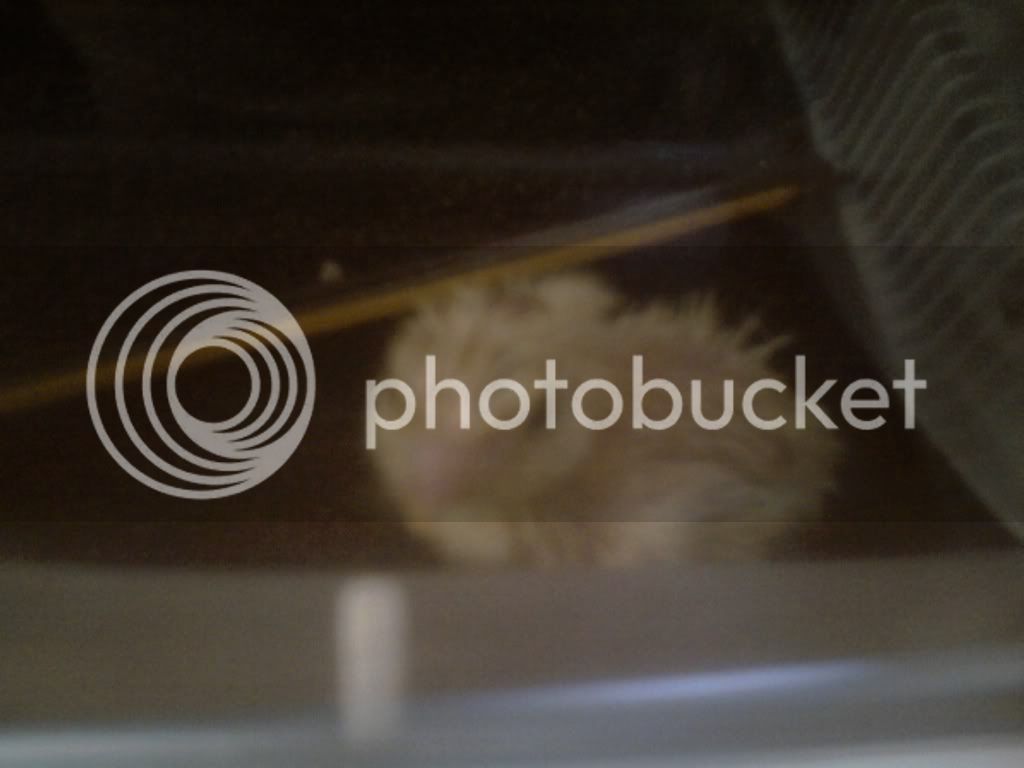 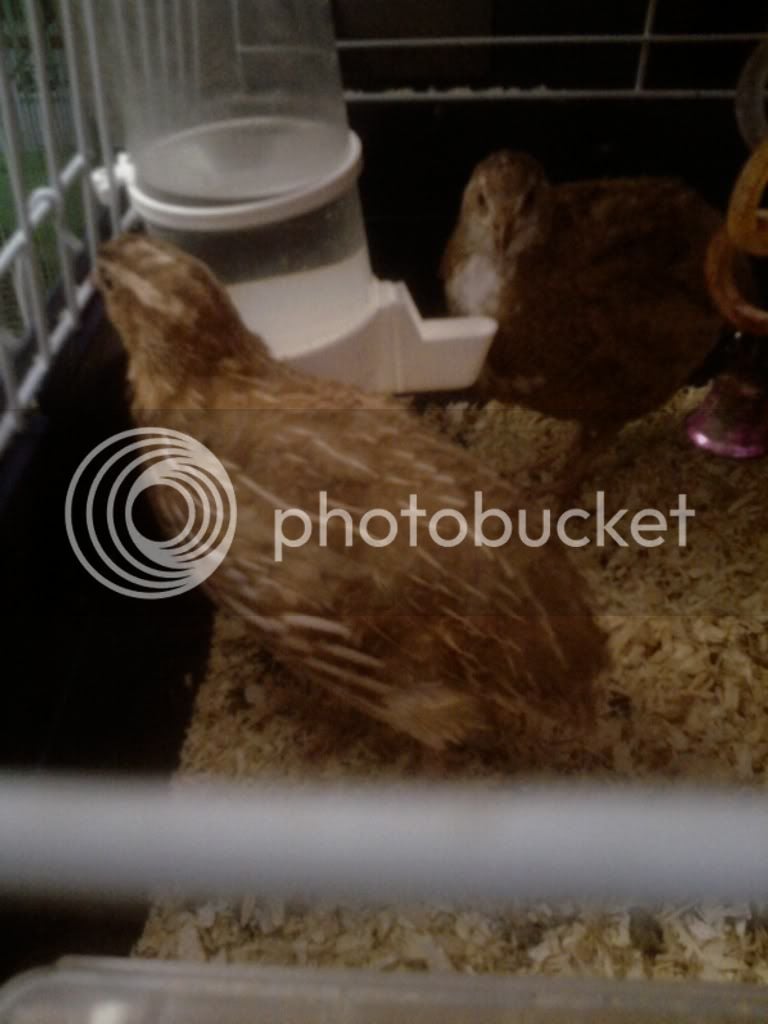 And 'Jumbo,' the mother hen: 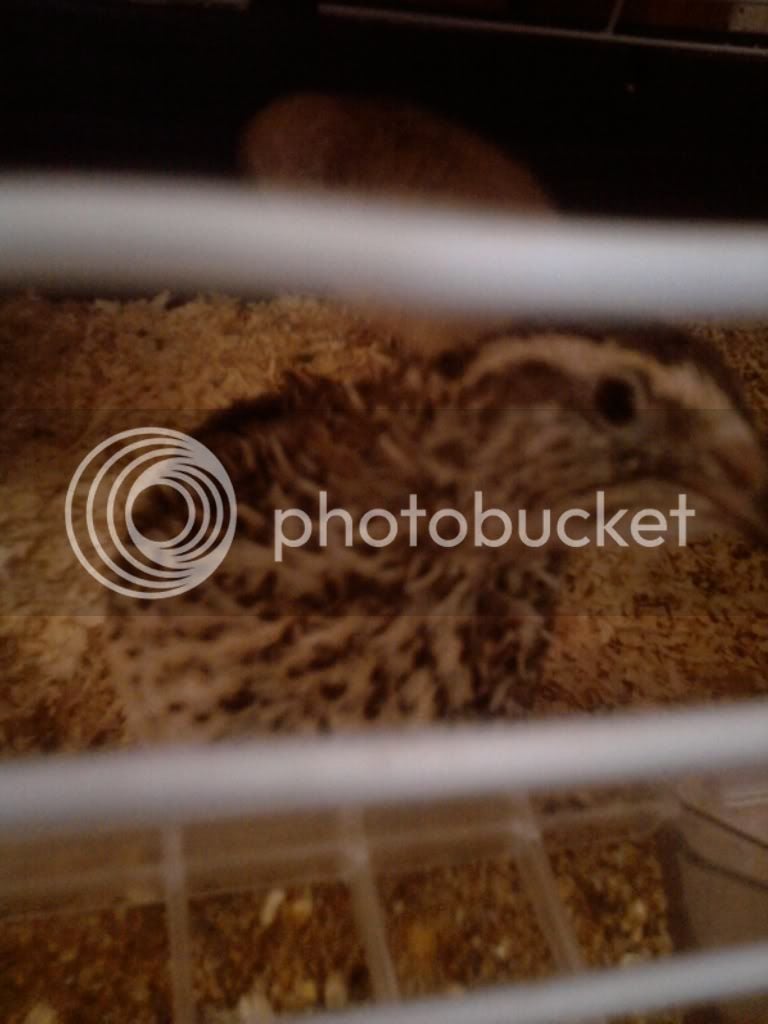 Ginger now has four more girls with him in the cage, so maybe there will be more "reigns" to come