Question on helping cockerels adjust to the rooster pen

So I have three 11-week-old bantam cockerels and one timid and neurotic 15 week old standard cockerel. Finally moved 2 bantams and the standard into the rooster pen which is right next to the main run.

The bantam mama hen is not too happy about being separated from her two boys (though she has two with her, a pullet and another cockerel) but these babies are very independent already. they can socialize through the fence. I want to settle them into the rooster pen before the older standard chick starts trying to breed with the hens.

Should I draw a hard line and keep them separated from here on out? I was originally going to have the mama and pullet stay in the boys pen but if her clutch is all together they chase and bully the timid older standard cockerel. Since the hen still wants to mother her brood is it cruel to separate them at this point? The babies have often managed to get on the other side of the fence, or wander a long distance from her on their their own and it wasn't a big deal, but now that the human moved them it is a big worry for her. 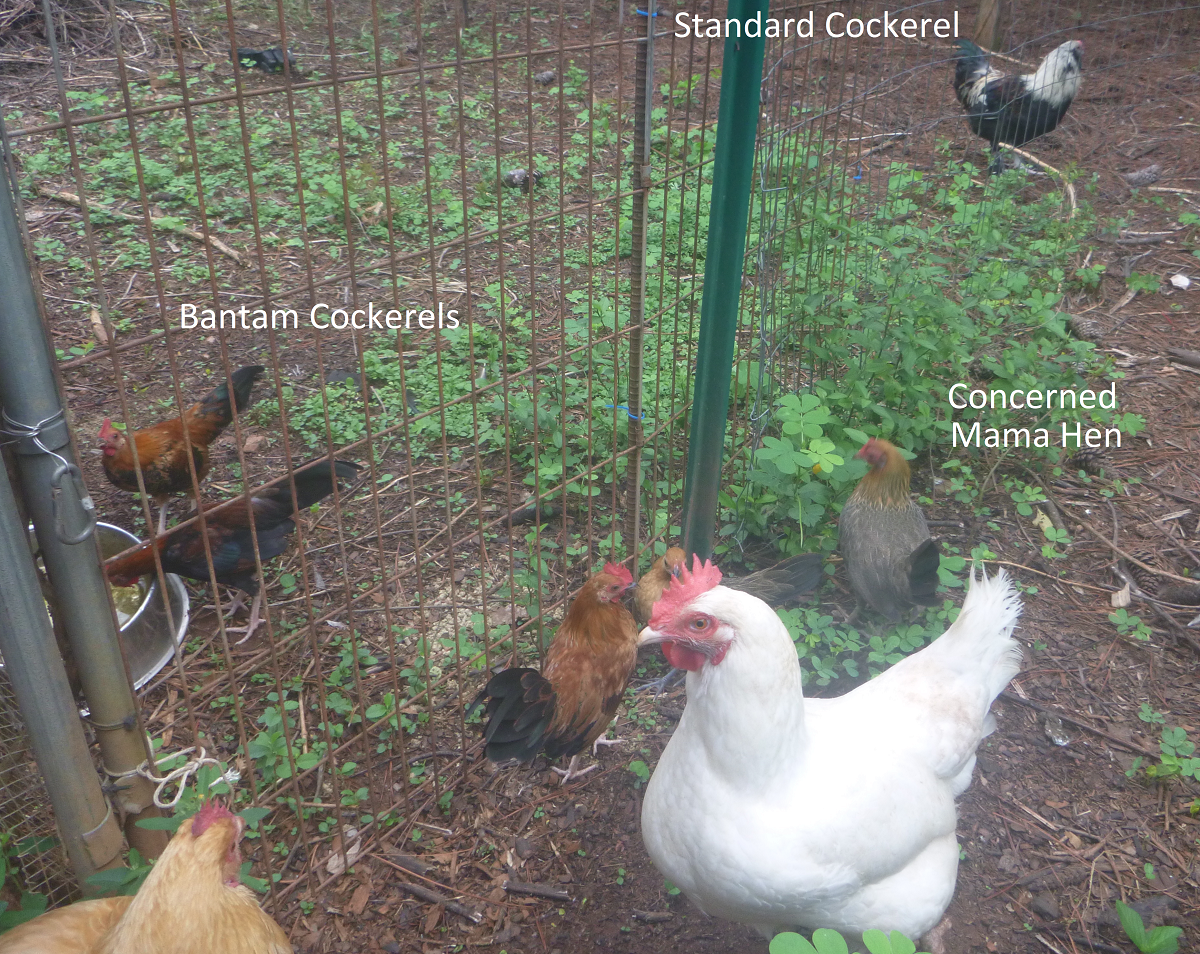 It's more than time for them to be weaned. Keep them separate.

sourland said:
It's more than time for them to be weaned. Keep them separate.
Click to expand...

Thanks. I think so too otherwise she may keep mothering them until they start fighting with the flocks senior roosters. I want them to establish harmony in the rooster pen before the hormones go crazy.
You must log in or register to reply here.
Share:
Reddit Pinterest Tumblr WhatsApp Email Link