We just had a dandy of a storm, you know, where the lightening is so constant that you can read by it and tree tops are all bent in the same direction. I went to check on fence since charger indicated not hot as often the case after a storm. Dogs were still hiding and kept in place by ground shaking. I shined barn and saw two sets of eyes in the location of the feed table, one on top and other on ground. I new a visitor or two was there so I set out. Wind was perfect for an undetected approach. When I got there the critter on the ground bolted to NW in a manner not consistent with an Opossum. I shined light on table to see pulling from my bag of game bird starter, a raccoon feeding his face. He was smacking as he looked around but did not see me. That got me a little ticked. When he stuck his head back in the bag I approached quickly so when he pulled head out to look around and smack some more, ...... I punched him with the spotlight sending his 15 lb butt sailing off the table. Then he ran like few raccoons are capable. Trap time, but got to make to rabbits do not get into it. Game camera needs to be re-positioned to show where the bugger is coming in from. Based on direction of retreat for both animals, they are coming from the NW which is where dogs have a hard time catching their quarry unless we know who we are after. I have several broody hens in locations that very vulnerable to raccoons.

Both came back within one hour. Eviction a little rougher this time. Lucy just about got one. Lucy got zapped but kept her mind in the game. We had to be sneaky so as to cut them off. Lucy new what was up and worked off my ques as I flushed them towards her. It was a bit fun. Second time to post this, power interruption, so details omitted. 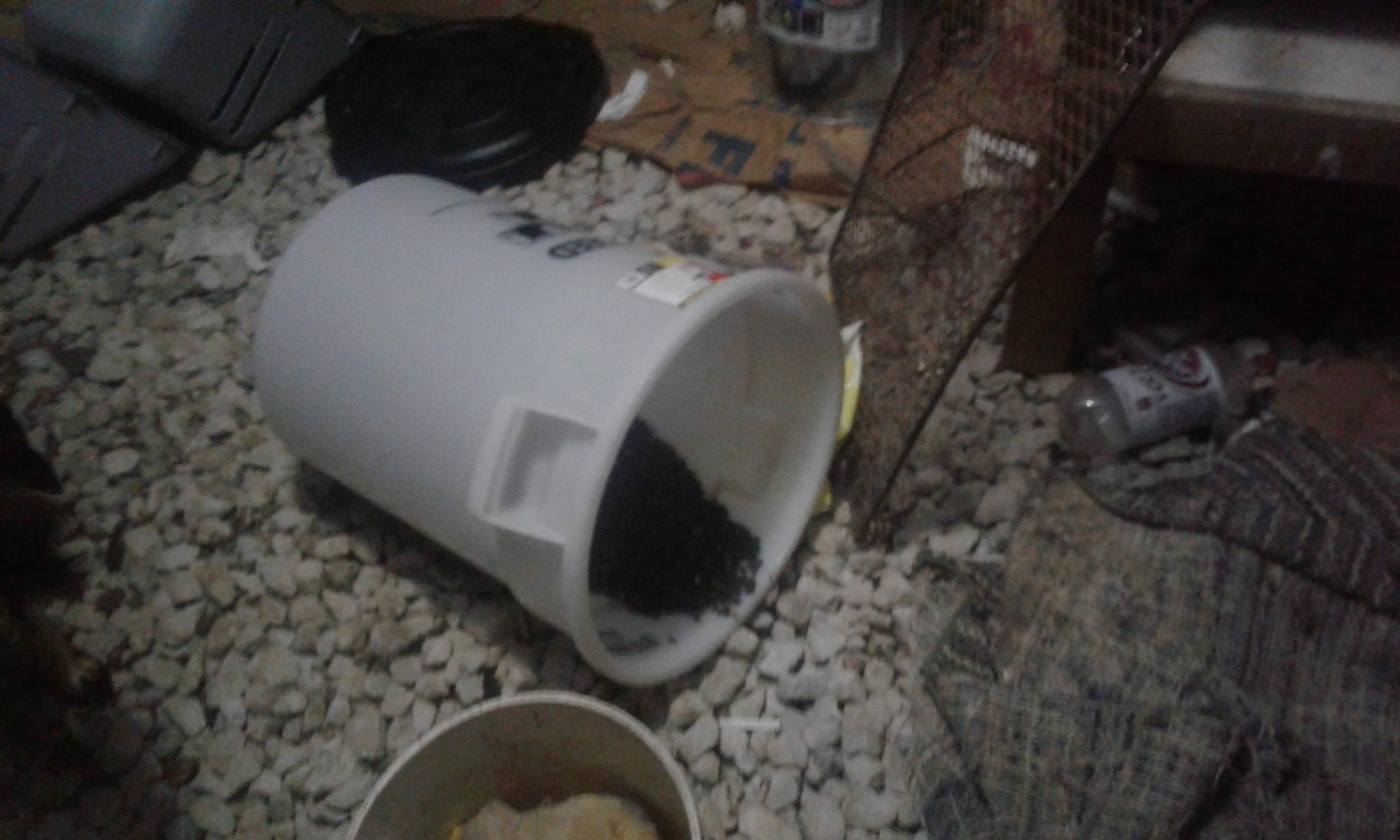 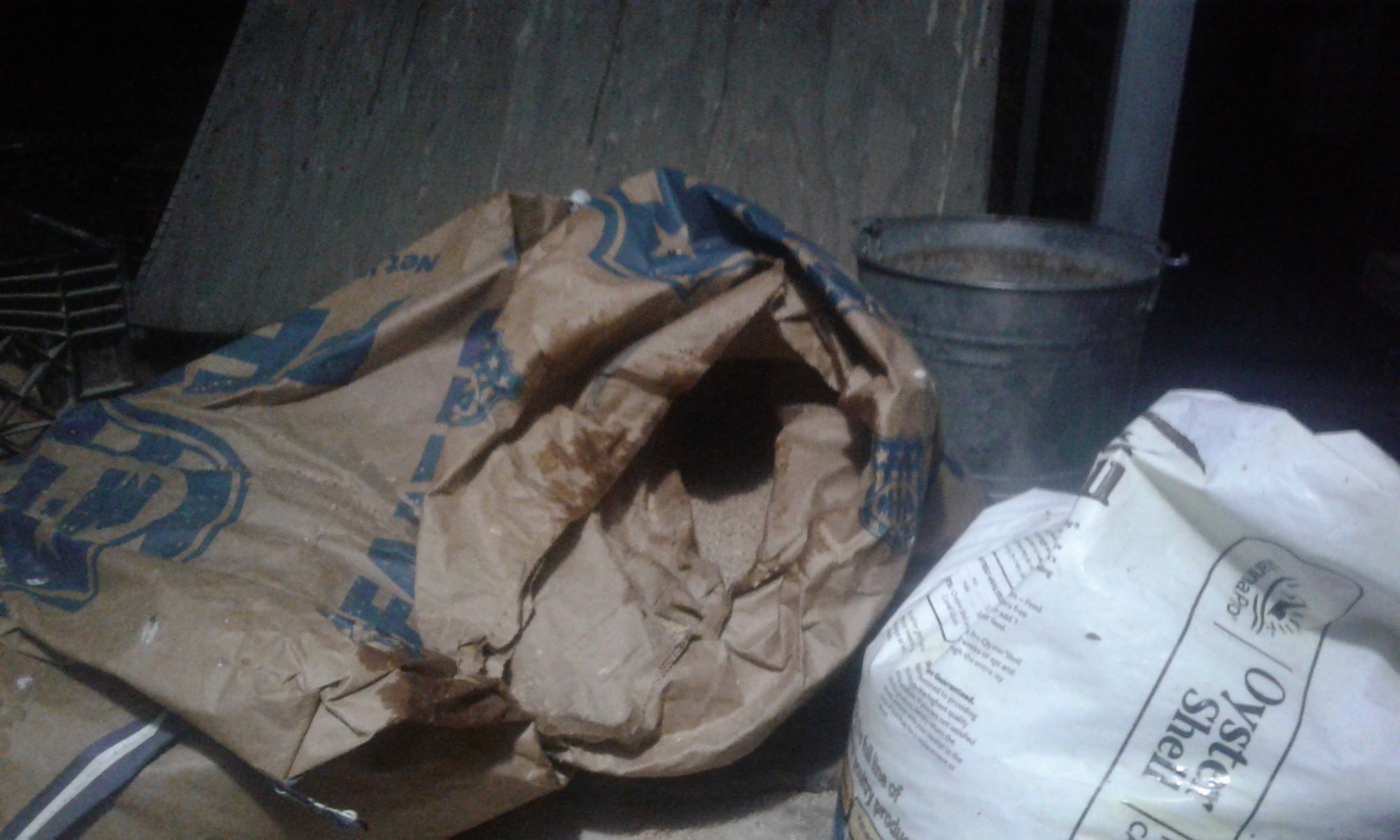 They came back yet again. At 0349 I shined barn, saw the eyes then one raccoon profile ran across table to jump on floor on to something making a big crash as it ran out of building. They did learn that each time shined the ape and dog where likely to follow. Now I have to fire up live-traps and place them so the darn rabbits do not set them off. I expect to catch two raccoons tonight.

Doing a daytime check enabled more complete assessmwnt of raccoon activity. They toom half dozen eggs i had placed on tier second from top where broody hen was located. The raccoon does go actsr low hanging fruit first. 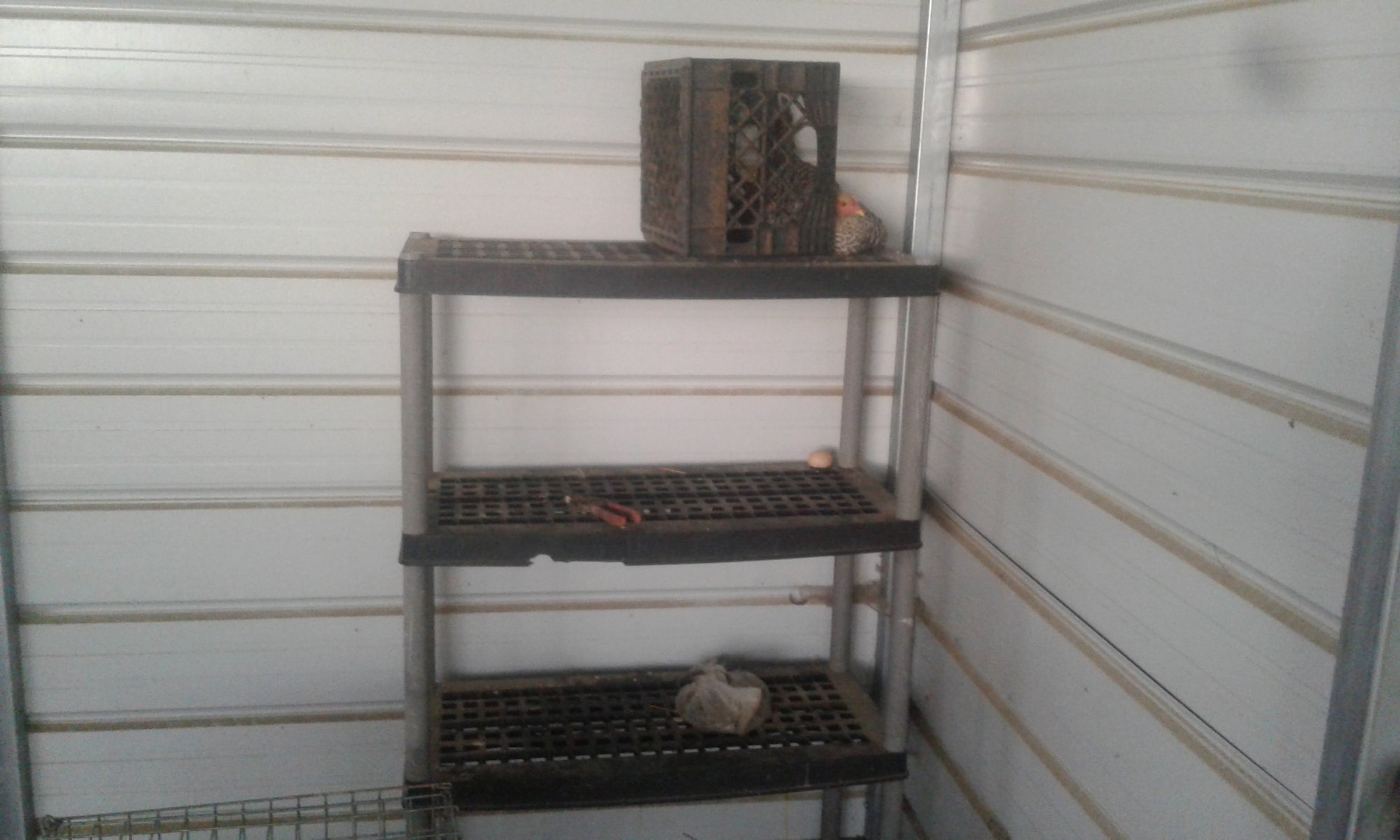 Those ladies may be next. Good luck with the traps. Cat food was what finally caught my coon.

We will catch them before they get into chickens. I will even camp put on deck to respond if rhings go wrong. Catfood will be the bait.

You could also use a motion detector to alert you when the critter comes around. Rats will also set it off.

centrarchid said:
We will catch them before they get into chickens. I will even camp put on deck to respond if rhings go wrong. Catfood will be the bait.
Click to expand...

take a pic when u catch the little bugger

Trying for two that are just over a year old. Everything set. I cut weeds making for clear sight if barn using spot light. Bait is mostly fermented feed. Fermented feed is just about the best raccoon and opossum attractant there is.

What ate him? (Warning gross pics)