One of my Brahma's recently had 3 chicks hatch: 12 days ago the first two hatched and the following day the third one hatched. When we discovered the third one, we found it upside down and trapped inside their feeder (typical type, long red tray with lid and multiple openings), we took the baby out of the tray, it couldn't stand up, and laid it with the momma but she stepped on it, even allowed another hen to step on it, and she didn't want anything to do with it, so we've been raising it indoors under a heat lamp in a 4ft x 4ft enclosure we made. The chick was standing/walking by end of that first day, is healthy and doing great, it's also larger than it's siblings being raised outside, but I'm concerned because it's so alone and am worried about reintroducing it back to the flock when a little older. The temperature has dropped here in Dallas, it's been 30s - 50 degrees at night and what I'm thinking about doing is, removing the two chicks from their momma outside and bringing them indoors to be raised with this one. Not only because it's cold out, but mainly to give this one some company and to teach it how to socialize. I'm quite out of my depth here, but would me doing this do more harm than good? Need some advice, thank you!

How long ago did you remove the chick? Have you tried to put it back under her recently at night then go back out first thing in the morning before dawn to check on them?
D

DobieLover said:
How long ago did you remove the chick? Have you tried to put it back under her recently at night then go back out first thing in the morning before dawn to check on them?
Click to expand...

It's been 11 days, we brought the chick inside the day it hatched. That was our plan, to put it back under her to see her response but it recently got cold here. It has been in the 30s & 40s at night and the chick is use to being under this heat lamp.

Good luck with your chicks and have fun...
I use an incandescent bulb for heat. I make a tent over the top of the cage to keep the cover off of the lamp. 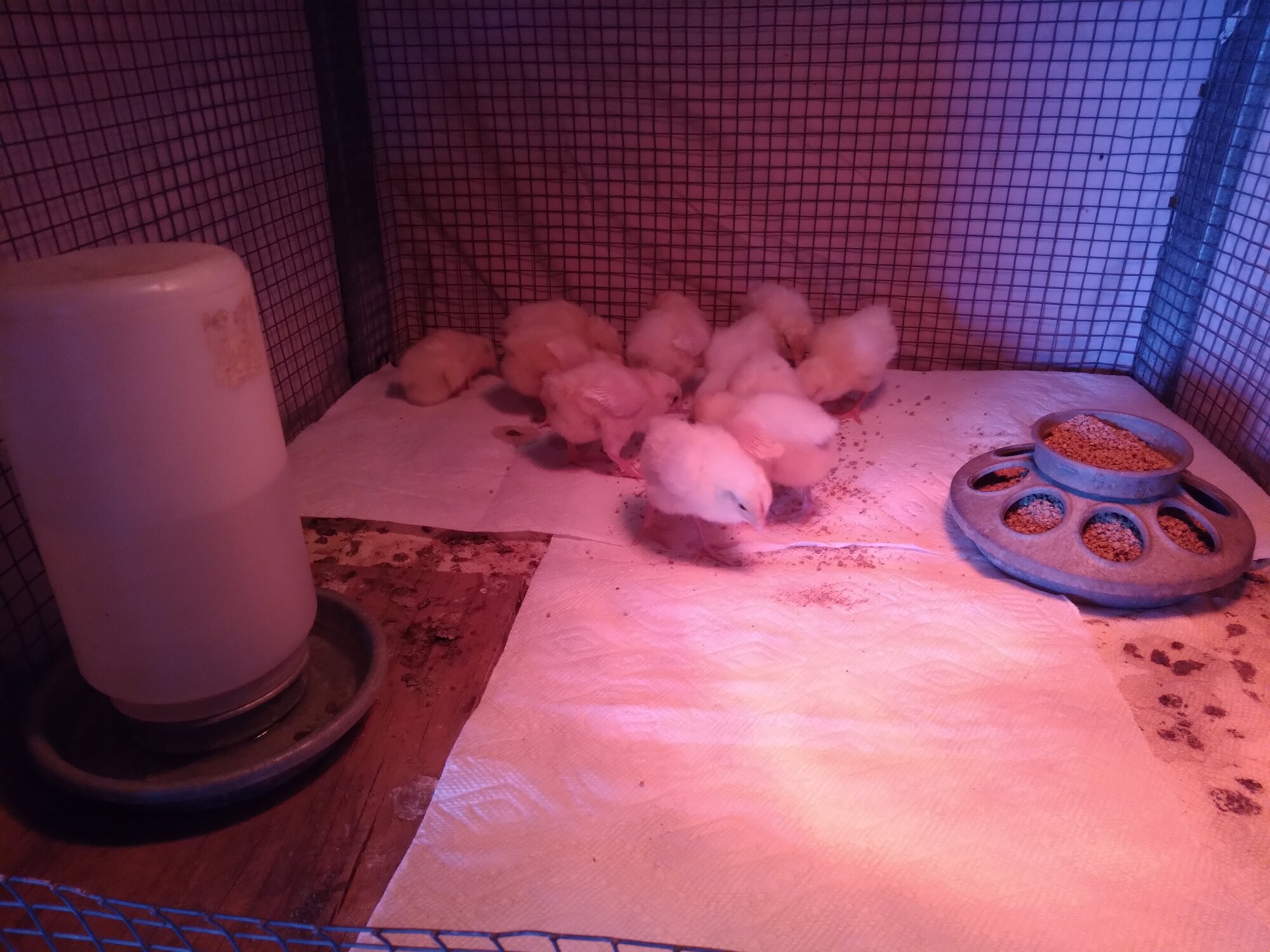 It’s really not too cold to leave mama w her chicks, she can keep them warm. BUT, it is very hard to deal w a single orphan, I’d bring one or both in to keep it company.

Corid for Broody and baby chicks raised outside