I have a supposedly 3 year old hen that I got last year and was told she was a Blackstar. I've always wondered if that was correct. She does have the proper markings, but some things make me wonder if she's not something else. She's huge. She's gotten bigger since we got her. We had a Redstar and another chicken of unknown breed previously and they seem small next to her. I would think Redstars and Blackstars would be similar size, wouldn't they? She's even bigger than she when we got her. She's never laid very well as I was told sexlinks are supposed to. At most, she laid 4 eggs a week at her peak. They're perfect, but rather small compared to my other hens' eggs. She's extremely flighty and scared of people. She went broody and stayed broody for over 21 days this year and incubated eggs in a very dedicated manner. Is it possible she's mixed with a different breed than usual? If so which? Could a black Jersey Giant mix look like a Blackstar? She just finished molting and she has less red and more black in her feathers than she used to. Her feathers have an iridescent green sheen. she's super flighty, so it's hard to get a good photo of her unfortunately, so I included some old ones.

Regarding photos, the ones with greenery are of last year. The ones behind the fence are today. The other hen in the photos is molting, so she looks smaller than usual, but you can see there's a height difference. 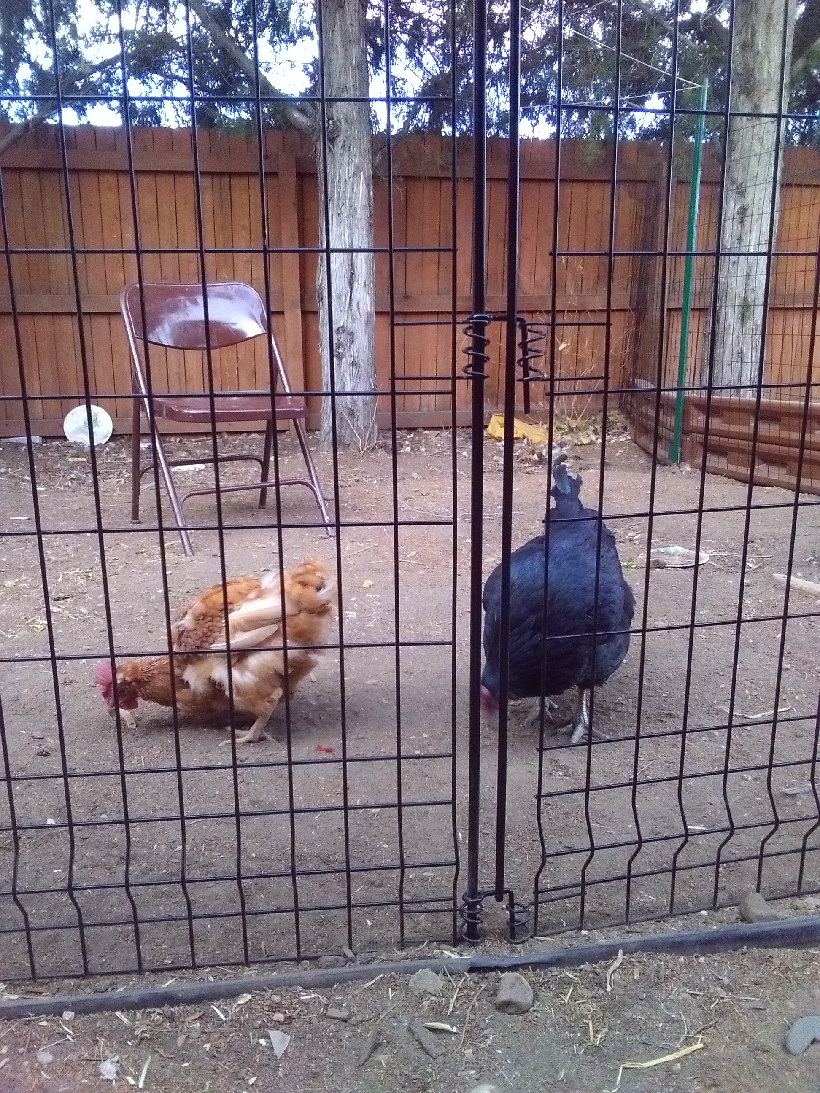 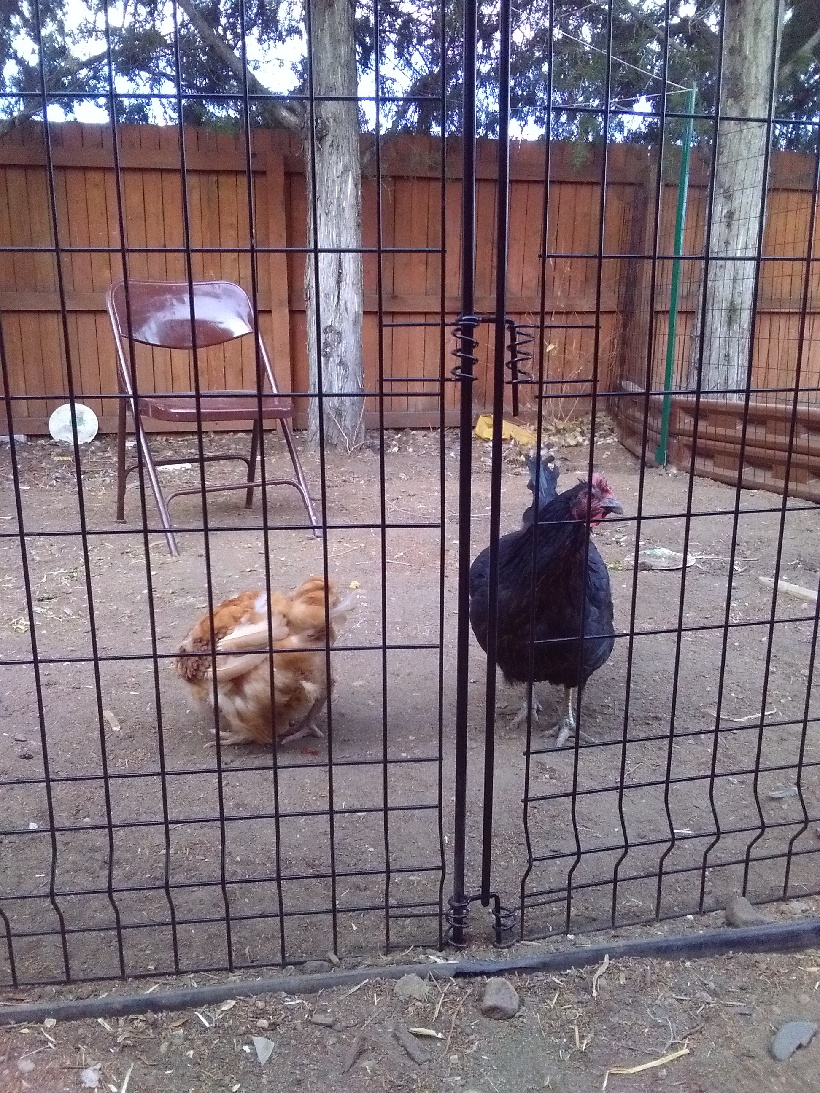 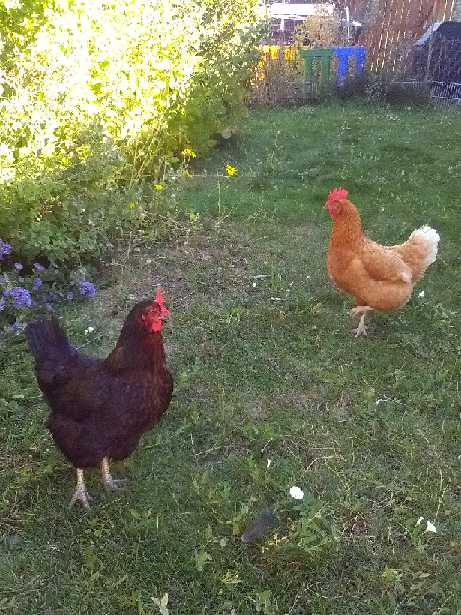 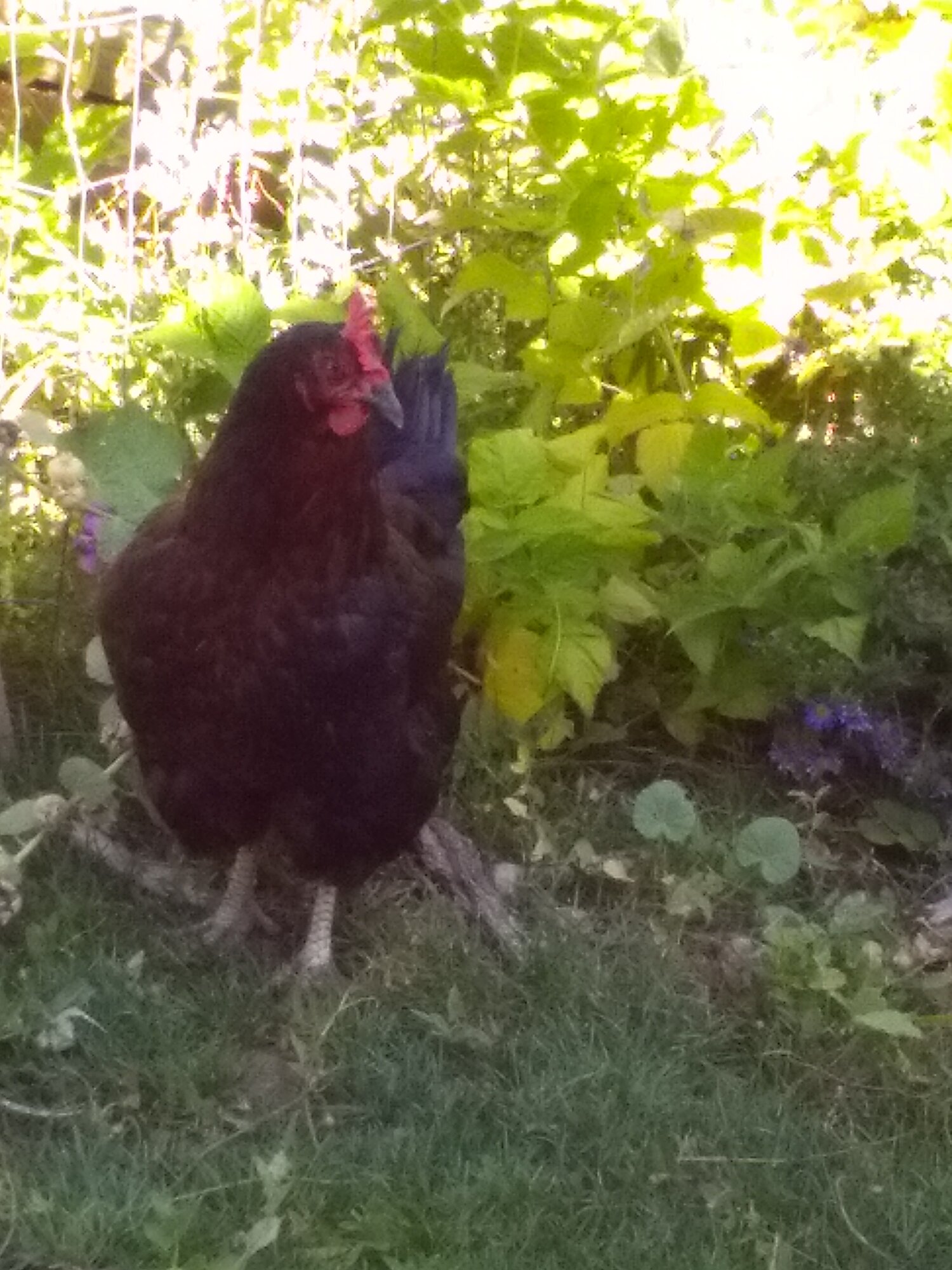 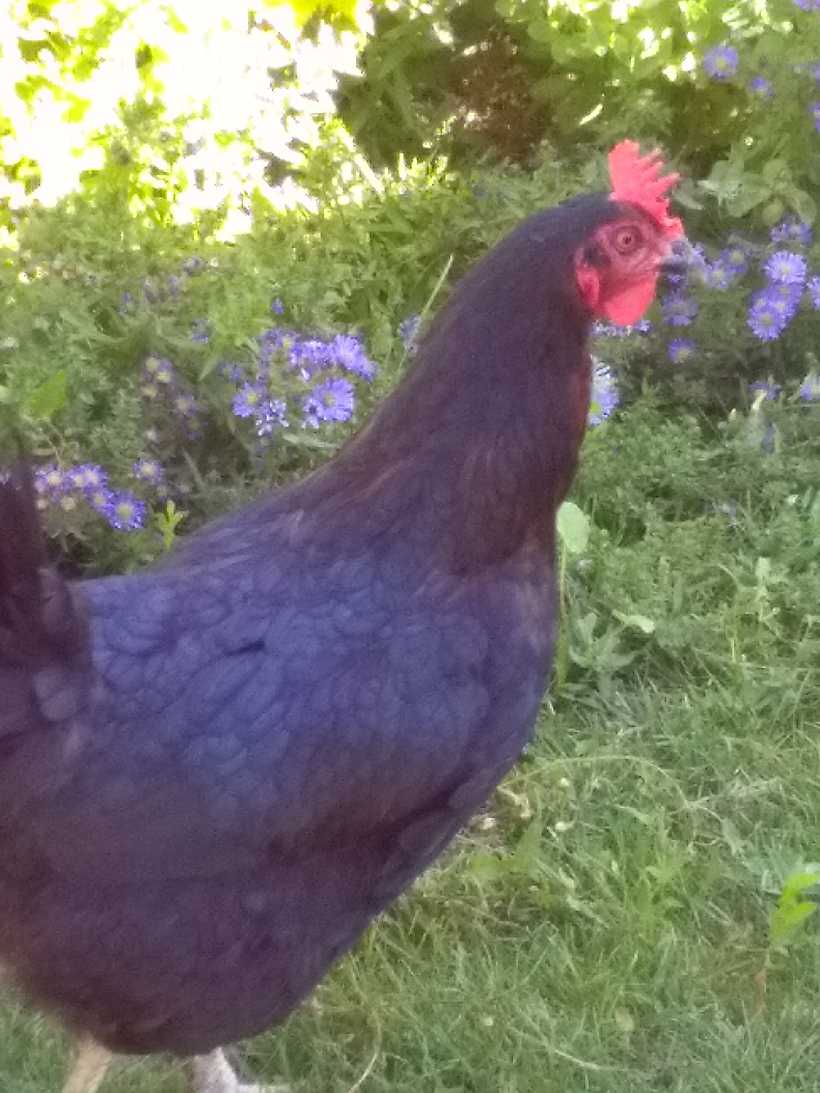 Blackstars are bigger than redstars. Yours looks just right for a blackstar.

She’s a black star. Black stars are a black sex link, and made using different breeds than red stars. So they wouldn’t necessarily be the same size.

Agreed with everyone above.

She appears to be a mix of some type.

Almost looks like a black star crossed with a black australorp.

G
A little wisdom on the possible breeds of my "barnyard mixes"?
2

I have an androgynous chicken
2 3 4

Can Someone Help Me Identify this Bantam Hen
3 4 5

Could she possibly be a Lakenvelder?