Rescued some more chicks/ducks.. now what are we? [pic heavy]

I am just appalled... I went by the feed store today, as is a usual thing around here with as many animals as I have... ahem... and went around back to check on the older chicks. I found two DEAD guineas, two DEAD ducks, and two dying ducks... They had forgotten they were back there! I know they were out of feed/water for several days, two tops, because when I checked on them on Monday I filled and fed them all.

Monday there were 30 turkey poults, today there was one... I know for a fact he didn't sell them all that fast, not at $10 a pop at least. I'm wondering if they're all dying off from the lack of food/water I keep finding them in? Ahem.

The remaining two guineas, out of the six in there Monday, weren't looking too fab and were jumping/leaping with the chicks and ducks to get to the feed. The turkey stayed in the back. I removed the poor deceased babies and placed them in a box, brought the empty feed buckets and waterer in and brought it to the attention of the only man working I saw. A good friend of mine, who will be name-less for this time period. He sent off worker number two to feed and water the chicks and dispose of the dead. I know they're not sick, they're on medicated feed starter under a lamp etc. etc... it's GOT to be dehydration and lack of feed getting to them.

What gets me is I know the owner [and town mayor] of the feed store has been out of town for a few days on conference and when he's around he checks on them several times a day and that they always have feed/water. They're what makes him money afterall. This year I am only one of three main buyers of his chicks, so there are lots of older chicks in that pen. Here's what I had the money scraped up to rescue today, my next paycheck I'm debating on getting the remaining few...

I did call the mayor and let him know his guys weren't checking on the chicks [not even the four day old guinea's that were UP FRONT with the CUSTOMERS!]. He said he would deal with it. I also got a small guinea keet, going to get a few more when I run through town later if I can... can't ever have enough Guinea's after all.

Any guesses on breeds/ages of the four new rescues would be great. I was thinking maybe Wyandottes? And Crested ??'s

Eddy was one of the five chicks that flew the coop. He/she stuck around by my feet and warmed my heart over so I scooped him/her up and placed her in the dog kennel I had with me [I was planning to buy a few more pullets anyways]. 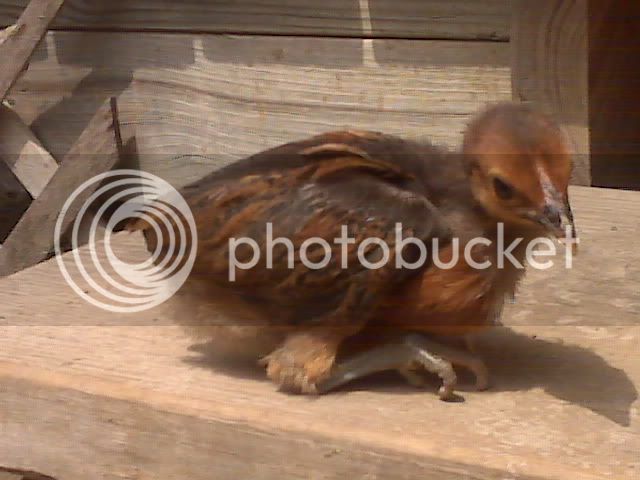 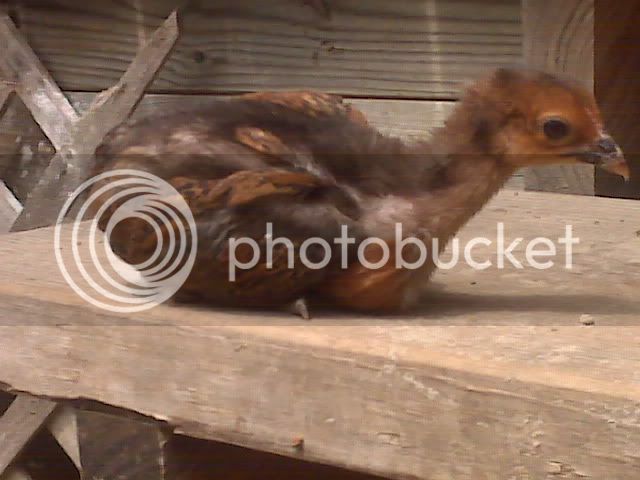 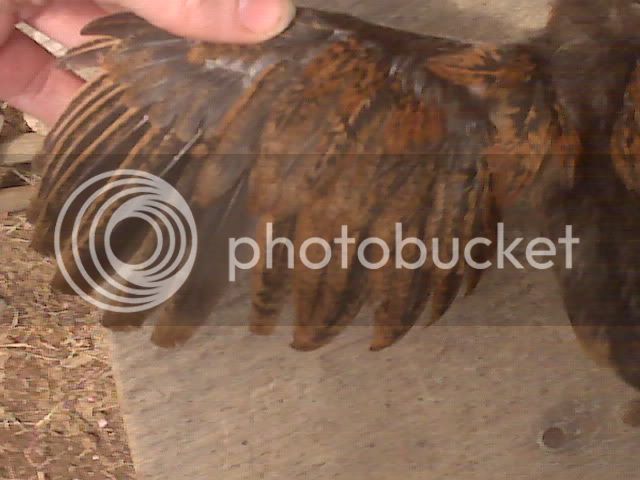 Vern was one of the five escape artists. She wanted to be with Eddy so bad I scooped her up to, and unhappily gathered and recooped the remaining escapees. 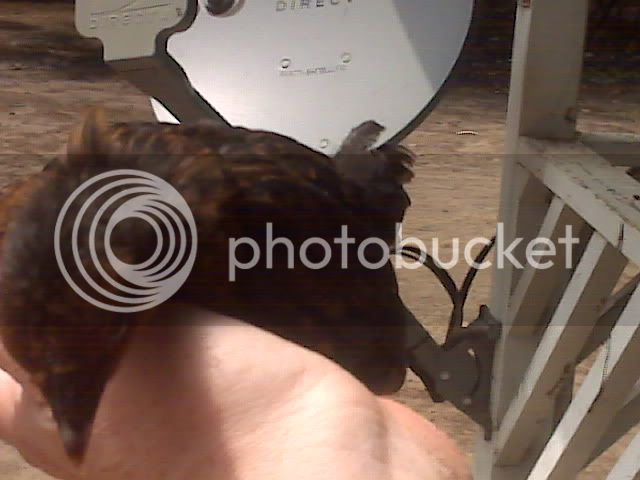 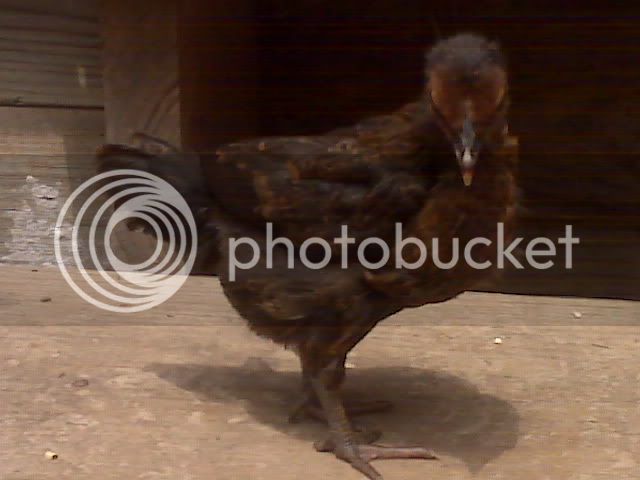 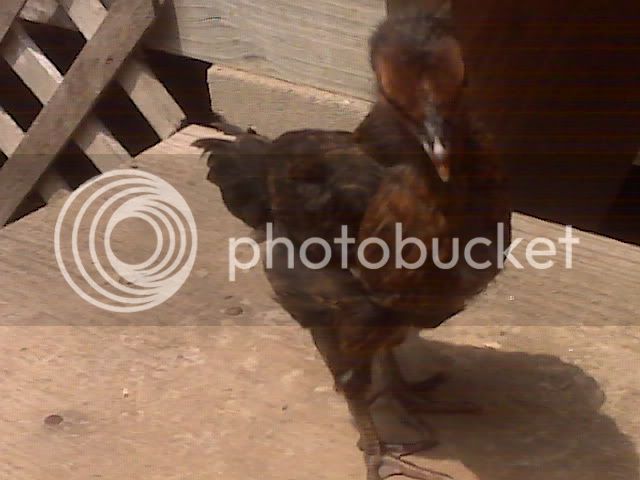 I rescued Rikki and Tavi today out of the same bin the two chicks above were in. Tavi is not pictured, the only difference in these two is Tavi quacks and Rikki peeps. I gave them a handful of water from the hose and tucked them happily under my arms. I wasn't leaving without these four.

They had NO idea what water was when I took them for a swim, but soon got over that. I will post those pictures in a little bit of their first swim lessons! 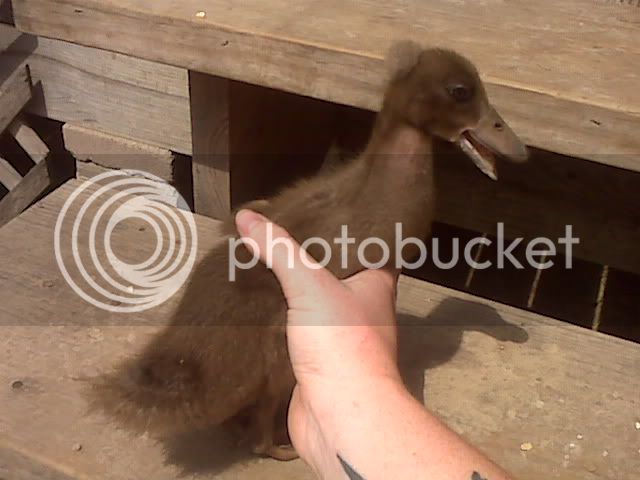 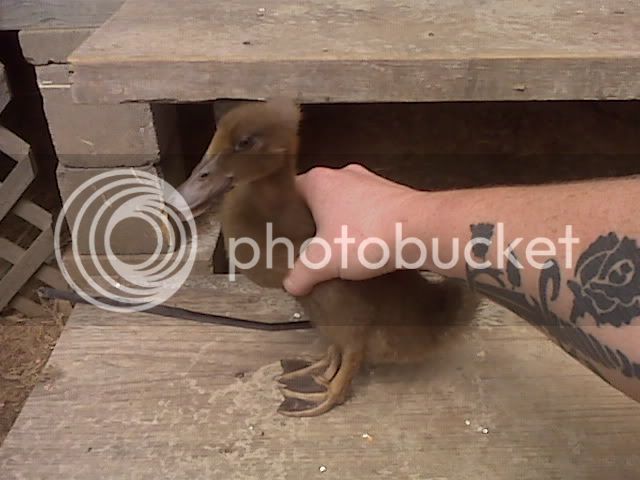 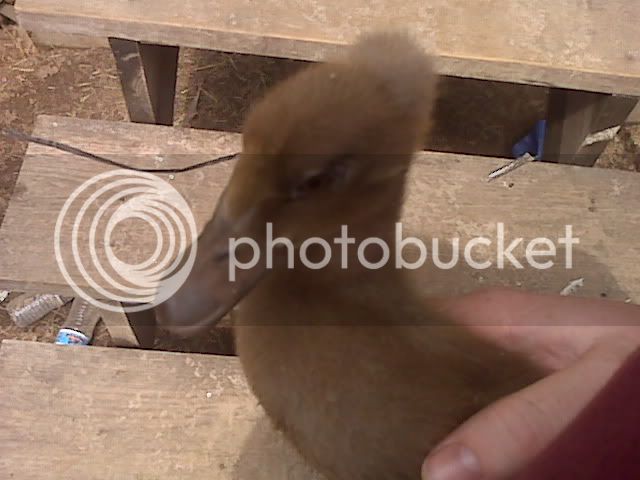 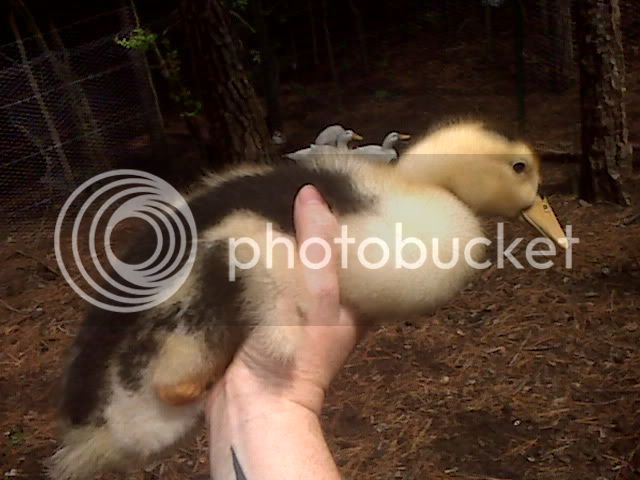 < I know Hyde is three weeks old I got him fresh out of the box at the feed store, BUT Lyle had no idea what he was because they were assorted. Hyde's girls, Donna and Jackie, are Cayuga's I believe. They're all black and feathering in a black/green... I'm just AMAZED at how fast they grow! I thought Hyde was a runner when I got him, because he stood so straight/tall in the bin. As he's grown larger I am now doubting that. He walks lower to the ground like the Cayuga's, but not as low as the Pekings...

I hope one picture will work, because he doesn't like to be held often and I think I used it up trying to position him for this picture.

Im not sure if they are wyandottes

Can you tell what kind of comb it has? A wyandotte i think should have a rose comb, and in the pic it looks single.

Yes they are both single combed. I'm thinking they are between three and five weeks old [ducks too].

Maybe sex-links of some sort? They both have what looks to be the starts of single/straight combs.

You got me wanting to watch the 70's show.

Glad to hear you were kind enough to rescue those you could. Very sad to hear of the mistreatment/abuse. They are cute.

good for you for taking some home and calling attention to the lack of attention they were getting.That is appauling they would just forget them like that.

I dont know the breed but they are all cute as could be.

They are setlling in quite nicely with my two week old chicks. I put up a divider but everyone kept finding ways to each other.

If only I had room for them all... I'd surely take them.

The two chicks are definitely golden laced of some sort, the pictures don't do the coloring justice. I wish I knew how Lyle planned on "dealing with" the workers who didn't check on the chicks. At least he'll be back tomorrow to assess his damages/losses.

Hyde looks like a magpie duck to me... All of your babies are very cute! Good for you to take them home, unfortunately not everyone would do that.

I googled Magpies, I think/hope he is one... He also needs to go on a diet he's a pig for slugs/snails and they've fattened him up.

If he is a magie then he needs to trim down some... More swimming less food for him! He'll be gorgy as an adult... Woo!