Show off your RIR here! I have three myself and want to see everyone's! Feel free to share stories and experiences/advice as well!

Where are the pictures of your pretty girls? 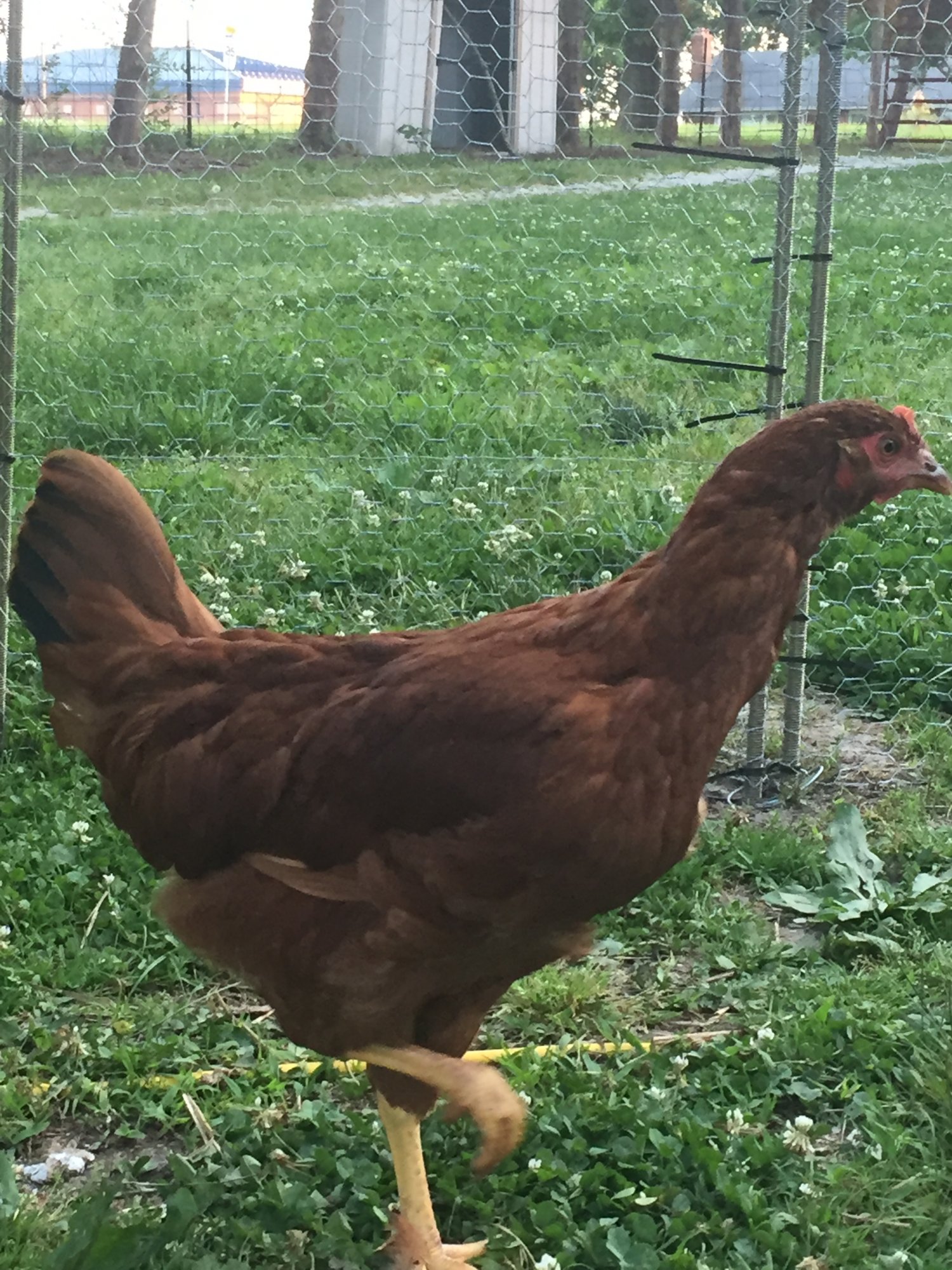 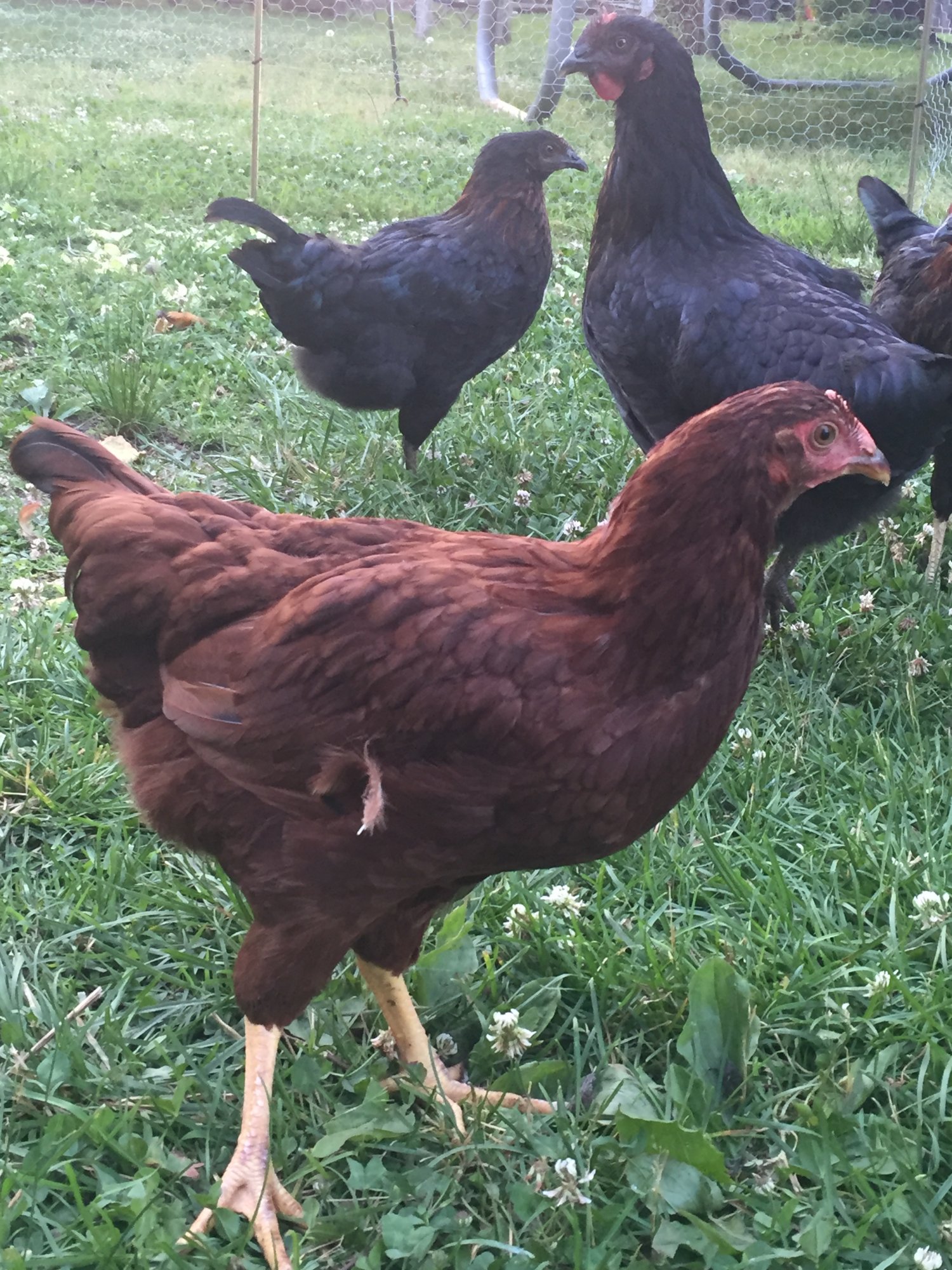 These are my girls! Harder than you think to get good pictures of chickens 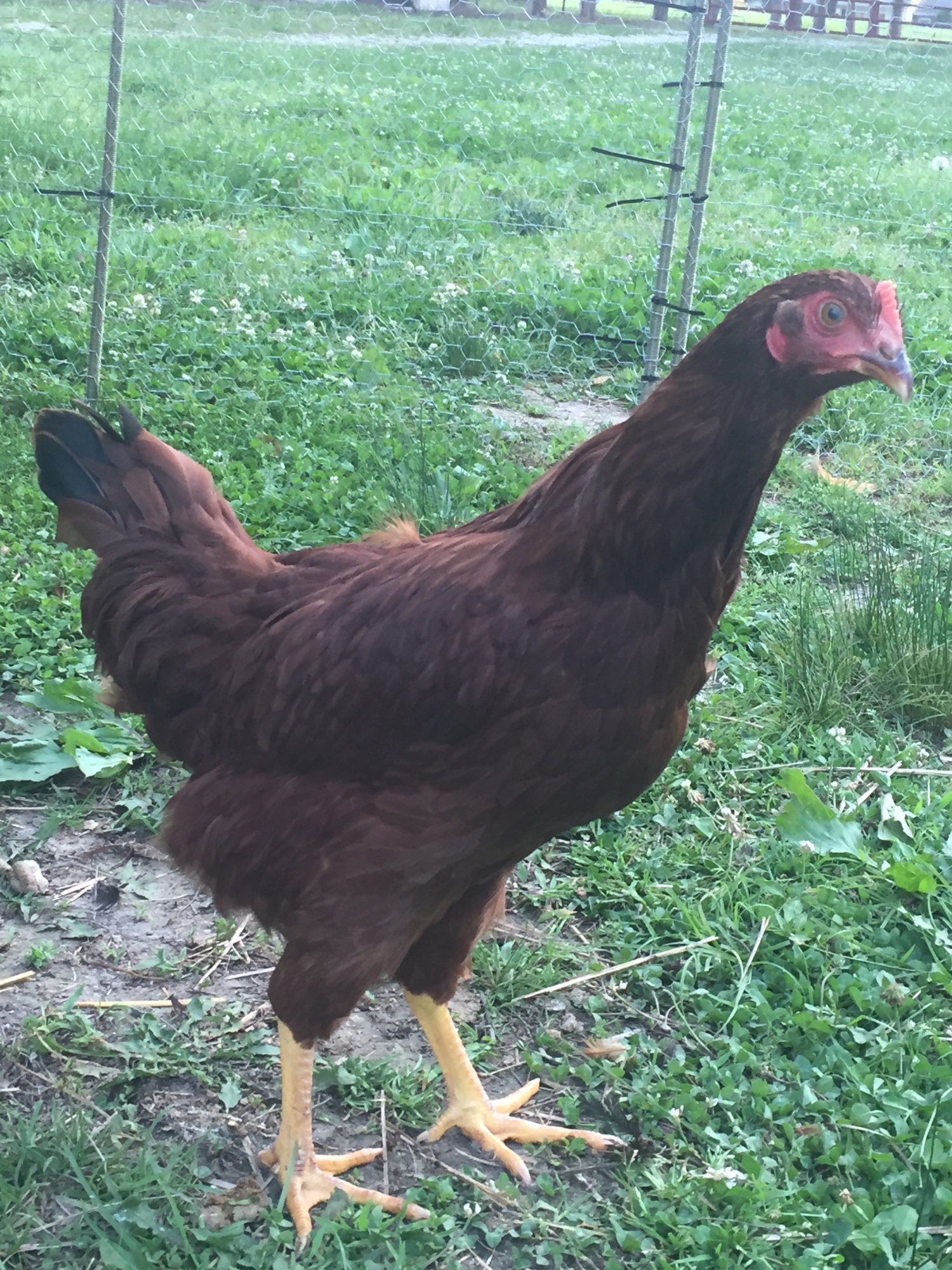 I keep wavering between saying I have two hens or one hen and one surprise cockerel. 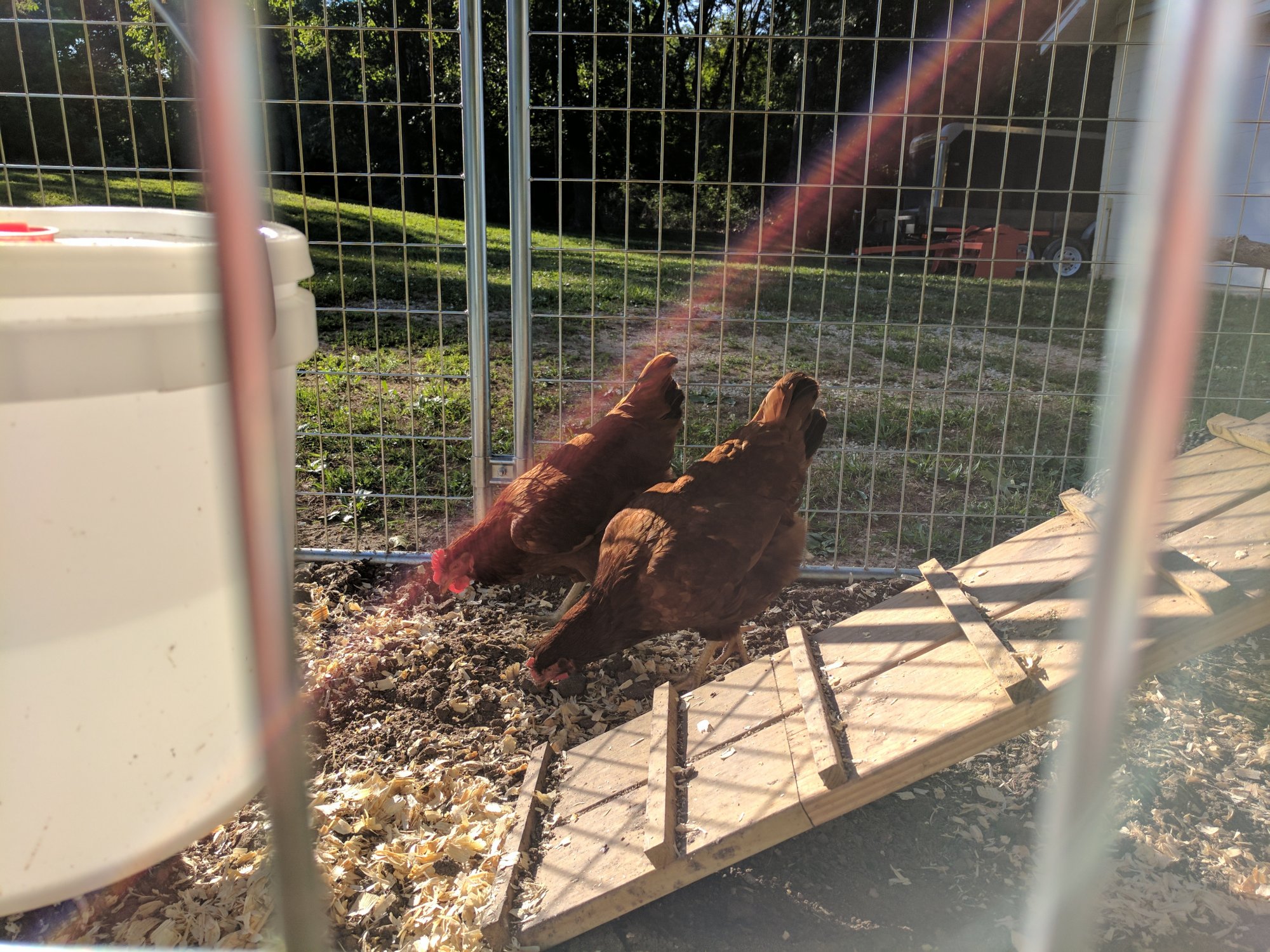 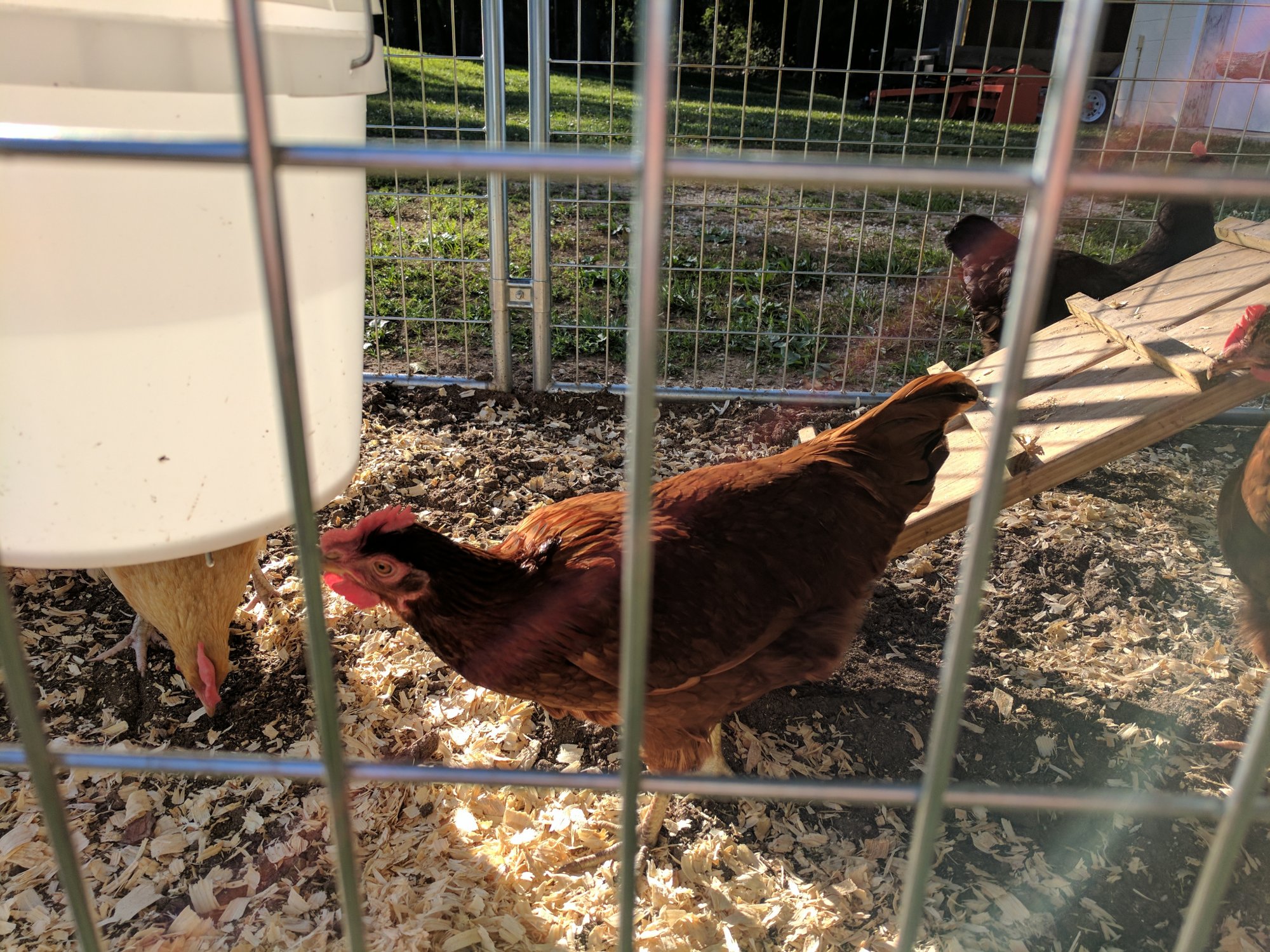 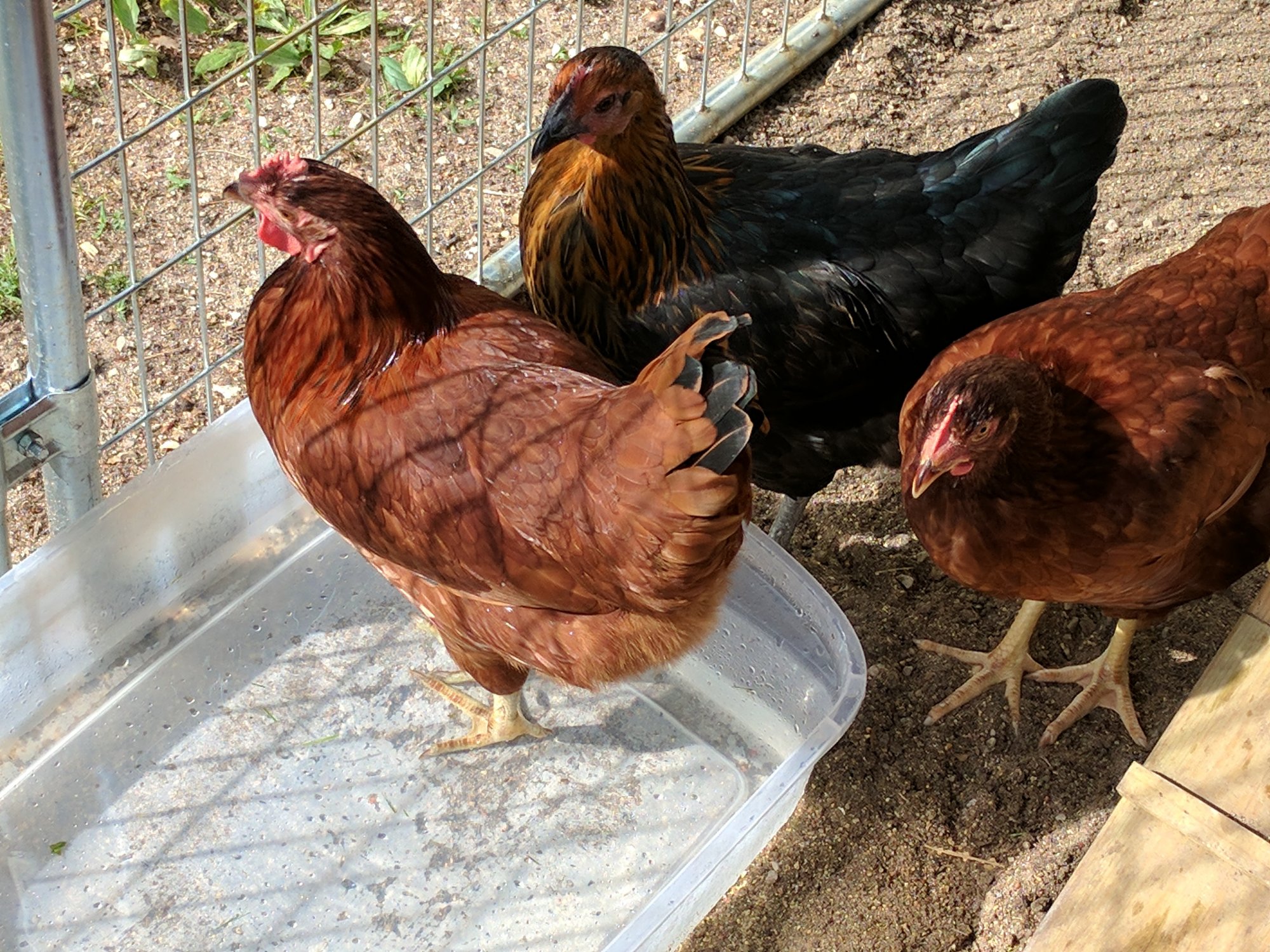 Don't have a pic, but i have a Columbian Rock RIR mix named Hope. I got her for free from a feed store because her eyes were being pecked and they were bleeding. I also took her sister, who died the next Sat. (she was lethargic, not eating much). I thought she would be blind but she opened her eyes on the way home and was soon growing stronger every day. When her sister died, i got her two Wyandotte sisters, a gold laced (Coral) and a silver laced (Blossom). They all turned out to be hens (thank goodness) and are very pretty and will be laying any day now. Hope's injuries are hardly visible, except the skin around her eyes is a bit deformed. The three (Hope, Coral, and Blossom) are all BFFs and run around together, make mischief together (getting in the tree instead of the coop), and sleep all bunched up in the corner of the coop. I will try to get pictures later. Beautiful RIRs!

Thanks for sharing your story! Glad to hear Hope made a full recovery. I'd love to see pictures sometime!