I have three roosters, one is the dominant male and often picks fights with the other roosters and scares them away. The mean roo used to be nice, but ever since he's claimed his dominance he's been really mean to me. I go in to collect eggs or to see how everyone is doing and he goes after me, he circles me until I leave and usually attacks my legs, my feet and jumps at me. My other rooster used to be the same way until the two got in a fight and now they've switched places. When my boyfriend is around the roo does not even come near me but as soon as my boyfriend leaves he's back to attacking me again. Whenever I go in the coop I try to avoid getting in his way but he just comes over and freaks out. I've never hurt him or any of my other chickens, I don't understand.
Can anyone help me out?

Here is a pic of the mean roo: 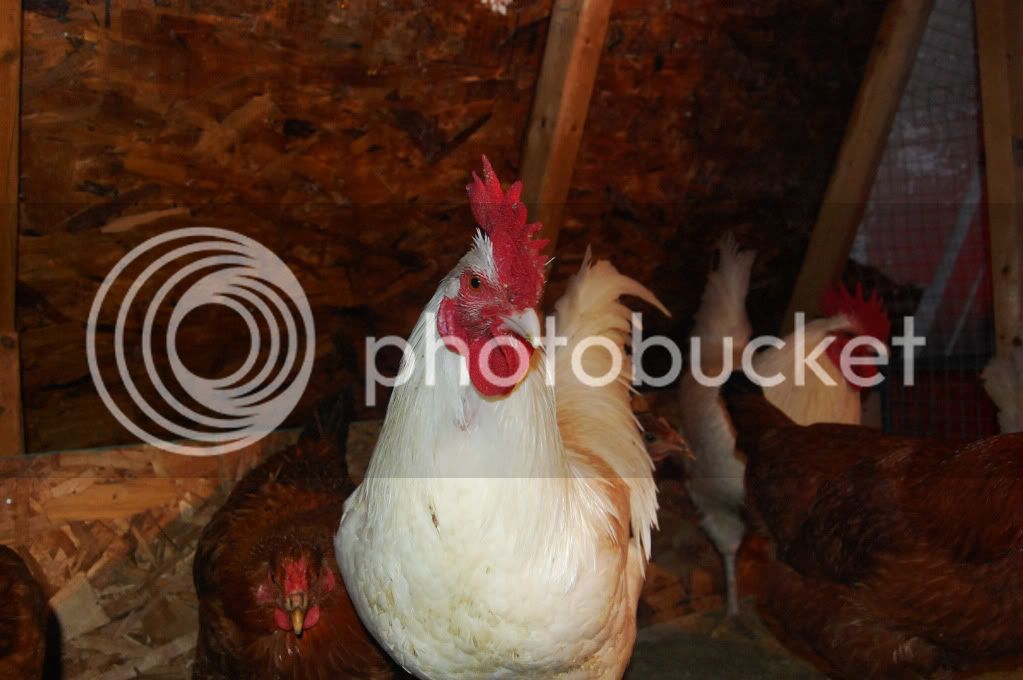 Also, I incubated him myself, so he should be used to me.

mine used to to that stuff until i got tired of it and picked him up and duncked it in water a couple times to show him i was dominant. after that he stayed away from me

1 out of 5 go after me, and he is not the dominant male. I go in with a broom and hit him if he even thinks about it. And what is funny is that he is the one I totally loved as a chick, he got so spoiled and everything. My 4 mutts don't like to be touched but they will not hurt me.

Right now the little pain is in the house because he is a banty and I don't want him the daddy of my eggs right now. So far he is being nice, and he even has a hen with him.

Some will say hang him by his feet, or pin him down to show you are the boss, that doesn't always work with every roo. With mine the broom did, when he came at me that was it I hit him. Don't let the roo be the boss, find something he doesn't like and use it on him. If you are afraid to hold him by his feet or pin him down, try the broom. Or try what the other post said dunk him in water. Keep at it! I said on another post it is either him or me, and it will not be me!

Quote:
Right it doesn't work on all of them. I wound up rehoming my stupid roo, and kept the nicer one. He hates getting caught and held so he behaves himself.

Trying to avoid him is exactly the thing that triggers him to come after you. I always go right up to the rooster in the pen or yard and walk boldly and rapidly at him, if he doesnt move out of the way, I move him myself usually quite rudely. It never takes long for them to keep a distance away from me. You decide how close he can be and then enforce your rule.

i have very little trouble with rude roosters.

You have to make the rules or he will.

Your bf may have his own methods of dealing with him when you're not around.

I just wanted to add, do not underestimate the damage a rooster can do. This guy of mine was rotten: 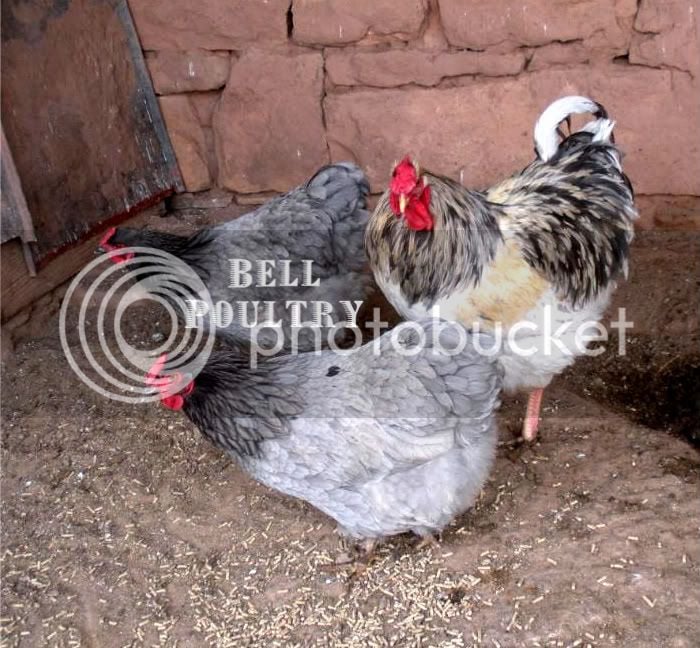 I couldn't go in the pen to collect eggs because he would attack, so I would reach through a gap in the siding to grab them. The pen is about 15x8. One day he came out of nowhere and attacked my hand and smashed all the eggs. I had a pretty nasty bleeding wound.

Why does my rooster act like he hates me?