Can someone help me identify this handsome boy? I was wondering if he is an Ayam Cemani, or a Swedish Black. The photo does not do him justice, as he has the beautiful iridescent green, blue, purple on his black feathers in the light. I know Ayam Cemani is more rare and more expensive. My husband ordered a few expensive exotic eggs and he was hatched from those. He is about 7 months old (just started crowing 3 weeks ago). I need to find a home but don't want to just give away so he is appreciated accordingly.

Any suggestion would be great. 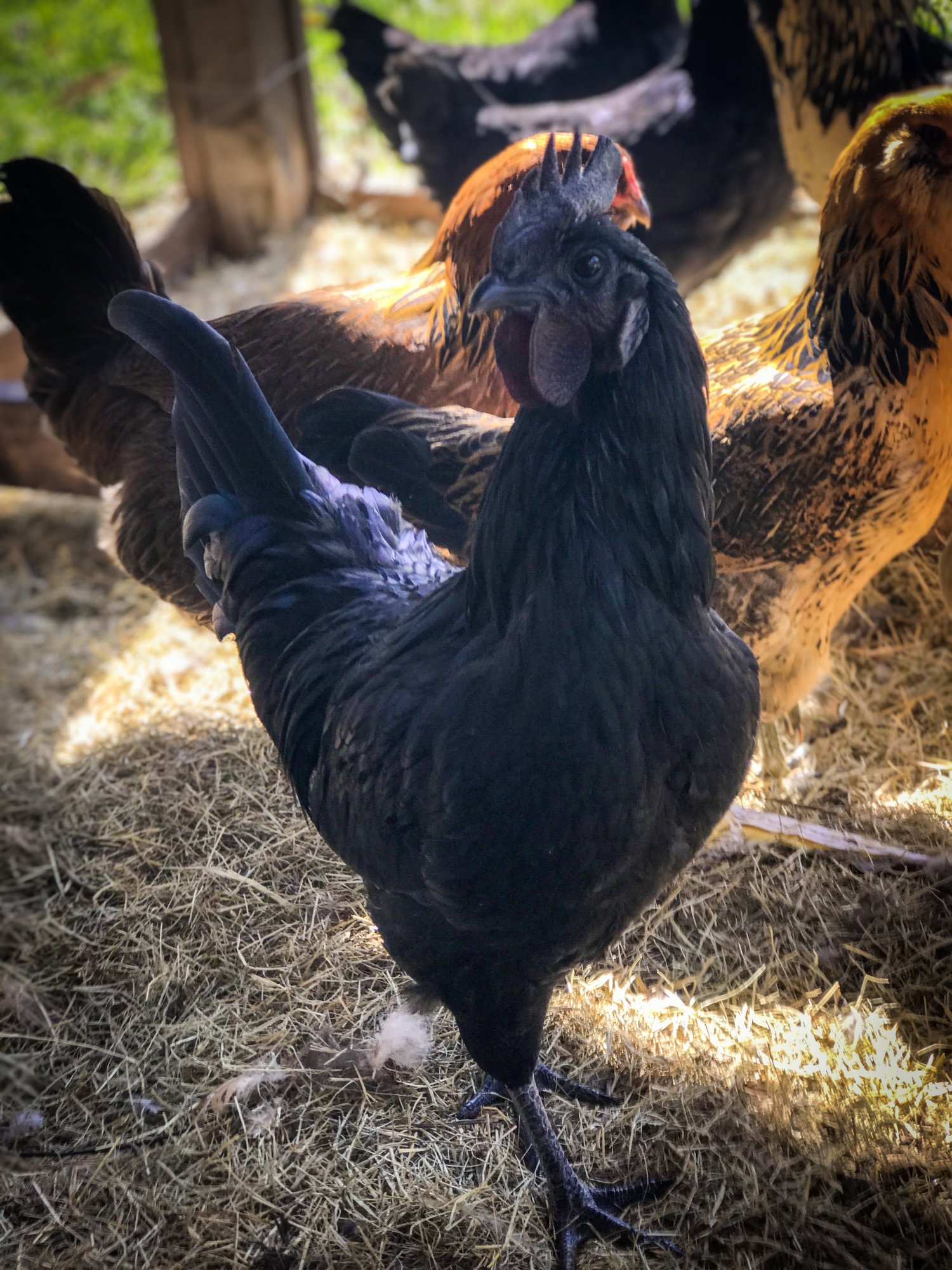 Ayam cemini their all black.

I meant to delete the 2nd picture (of the black and white one) that I am pretty sure is an Ameraucano. So just trying to identify the black one.

What is the second one? An Americana or Easter Egger? It looks like an Easter Egger a little bit.

Chip3214 said:
What is the second one? An Americana or Easter Egger? It looks like an Easter Egger a little bit.
Click to expand...

I bought him as an Ameraucano chick. But they are simular, right?

Yes, an Easter Egger is the mix of an Americana and an Araucana

Both of them are beautiful though. Are they nice?

Chip3214 said:
Yes, an Easter Egger is the mix of an Americana and an Araucana
Click to expand...

Oh, I see! I bought him as an Americana then. Ha, I thought I was spelling it wrong, didn't realize that. Thanks for clarifying!

And Easter Eggers are not always, or even usually, mixes of an Ameraucana and an Araucana. They can be crosses of the two. Mostly, they're descended from the same Chilean stock as those birds are, but hatcheries have cross-bred them to other breeds for better egg-production. They come in both bearded and non-bearded varieties and cannot be shown because they're not an officially recognised breed with a show standard. Honestly, after my RIRs, mine are my favorite birds.

Interesting, thanks! I almost gave him away today before I realized how special he is. The AC's are still not cheap though. One chicken farm lists them for $400 and they are out of stock.

The female version of the Ameraucana that I have from the same batch lay the beautiful blue eggs. In the past I have had what I thought were Easter Eggers that layed more of a green colored egg.

C
I got 3 chicks, not sure what breed and gender...Please Help!

C
I think I’ve just about identified all of our new additions, but still looking for a couple IDs

Is my chicken just a hybrid?