My 5 year old rooster went through a very hard molt last fall, that lasted quite a while. I took him to the vet, who thought his feathers were growing back in okay and could not detect a disease process at that time. Most of them did grow back in okay, but his left wing had 5 quills showing with no feathers over them, after the molt was finished. Now it looks like more like 11 quills are showing, only on the same left side and new feathers are missing over his right shoulder by his neck and his breast is bare and bright red, like it gets when he molts, only a bigger area than usual. He is a feisty boy, hard to take to the vet. Last fall when he was going through the hard molt he was sluggish and thin. The vet said it might be cancer or some sort of internal parasites, but thought it was more likely a middle ear infection, and gave him antibiotics and suggested I feed him scratch with his pills. He seemed so much better within 2 weeks of that treatment, until he recently started showing this new feather loss. He's still eating and drinking and mating well. I do think he is thinner again. Could he be molting again so soon, another hard molt like he had last fall? Could it be age related? He'll be 6 in September, God willing. I'm running out of money for the vet. Just paid for a hormone implant for a 3-year-old hen who has had reproductive Ascites. I'm wondering if this feather loss in the rooster is indicative of cancer?

Can you post some photos?
What type of food/treats do you feed?
How many chickens is he housed with - do you have any other roosters?
How much space do you have?

Are you seeing his feathers laying on the ground or coop?

It's possible the hens may be plucking them out - if he has new growth coming in, hens will sometimes pluck those - I suppose they are tasty.

Try upping the protein in diet by either providing a commercial all flock type feed (18-20% protein) or by giving egg, tuna, mackerel, meat, beef liver, etc. You can also add some poultry vitamins to the water a couple of times a week to see if there is any improvement. (limit treats to no more than 5-10% of daily intake as well).

Thanks for your reply, Wyorp. I have given him Nutrena All-Flock for his entire life. I am not seeing feathers on the ground nor in the coop, no. I did see a hen peck briefly at his breast for a few seconds today. I have not seen that before. In this heat, I make watermelon and blueberries available and I occasionally give 10 fresh meal worms to him. I feed fresh baby lettuces to the chickens. He lives with 9 hens. He's the only bird who can't free range, due to his mean personality. But he takes dust baths in his run. I do have another rooster who is penned separately. The rooster who is losing feathers is the father of the other rooster, and the father hates his son, and vice-versa. Everytime the son crows, the father shakes his head violently as if it is the most vile sound he has ever heard. The father did get out in April when a windstorm blew the run doors open, and father in son got into a fight, with Son winning. I wasn't home, but my hubby found father cowering in submission and quickly intervened. I don't think the fight resulted in lost feathers, though, as they were missing before the fight.
Last edited: Jun 5, 2017 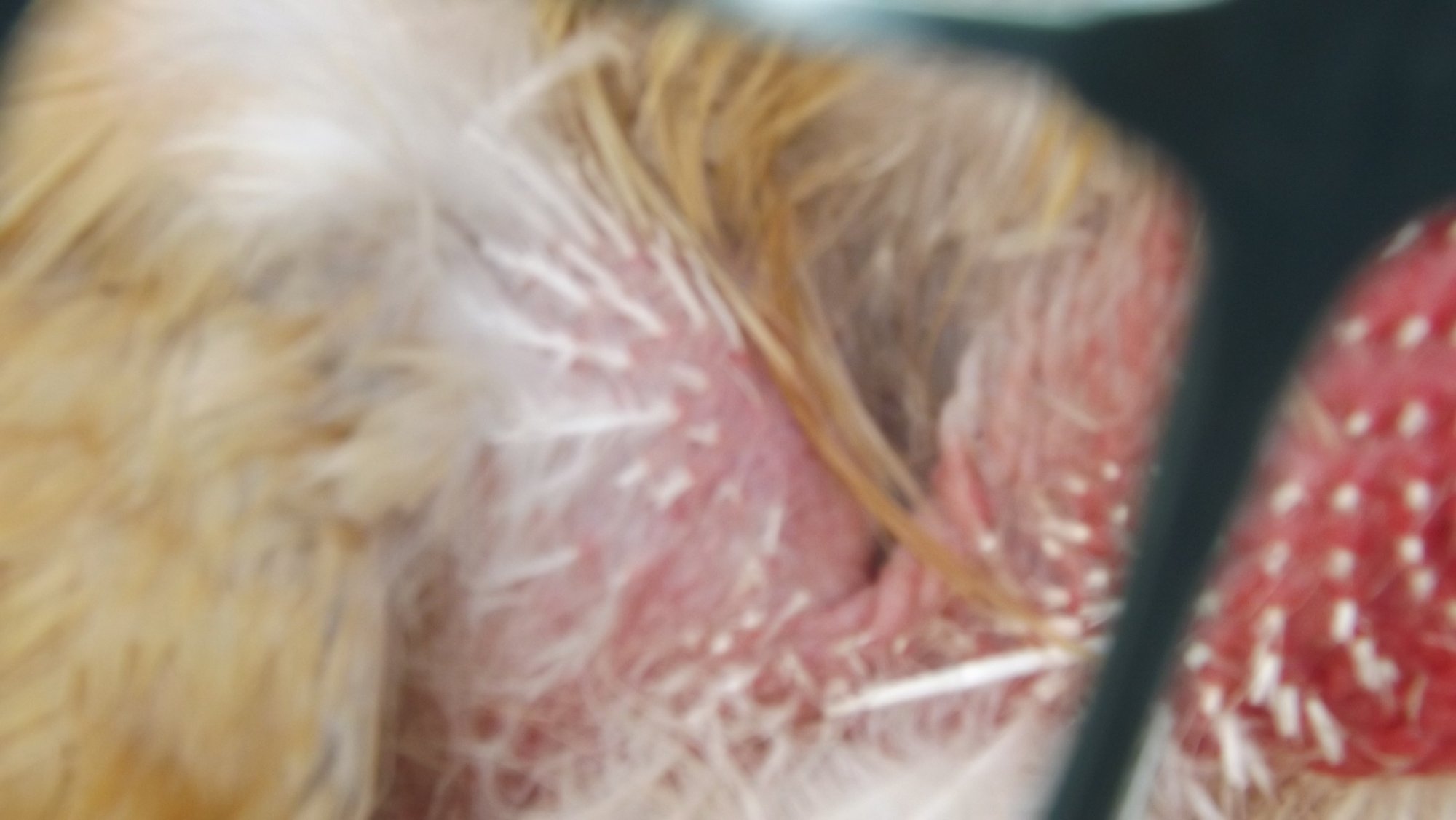 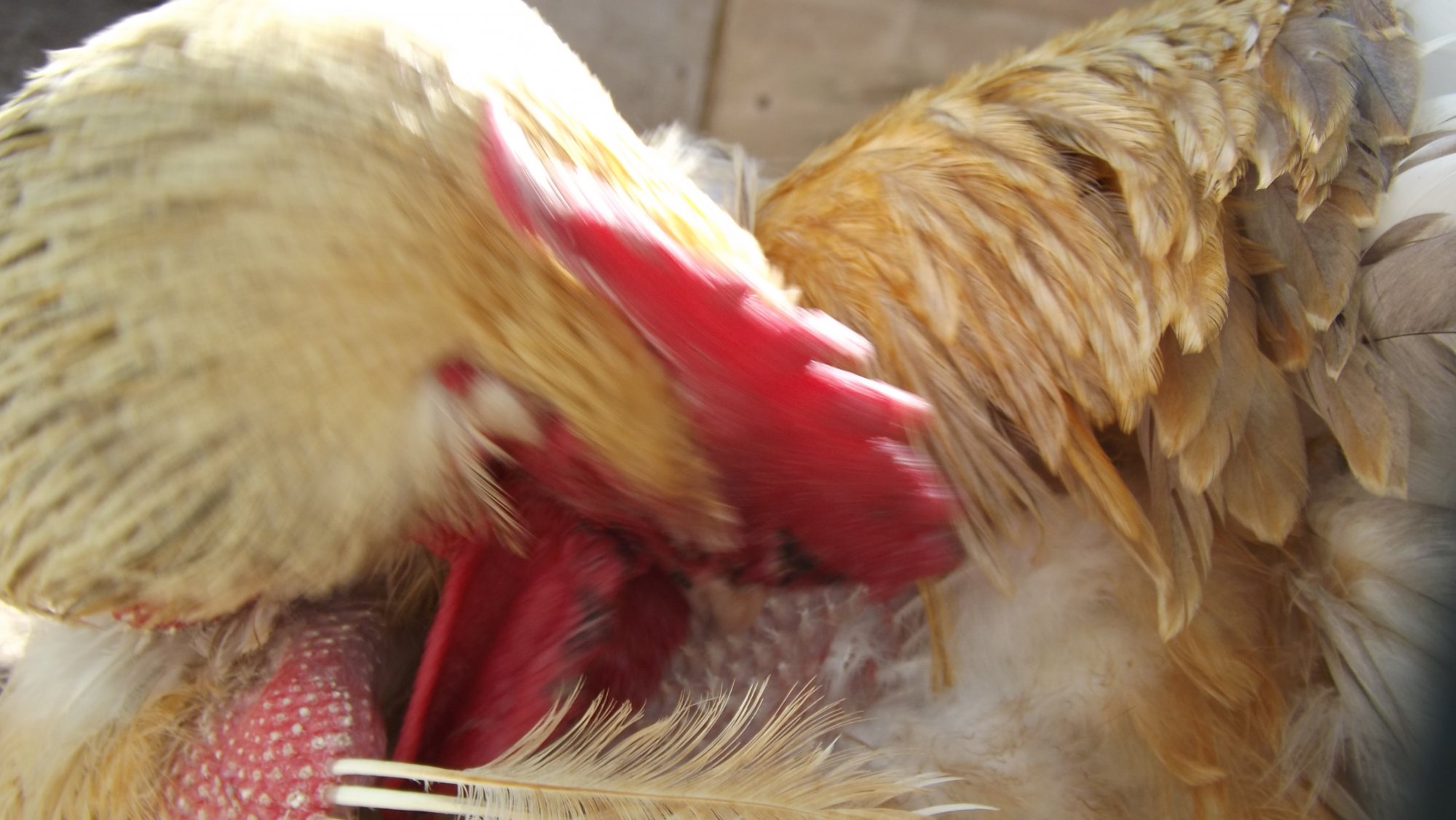 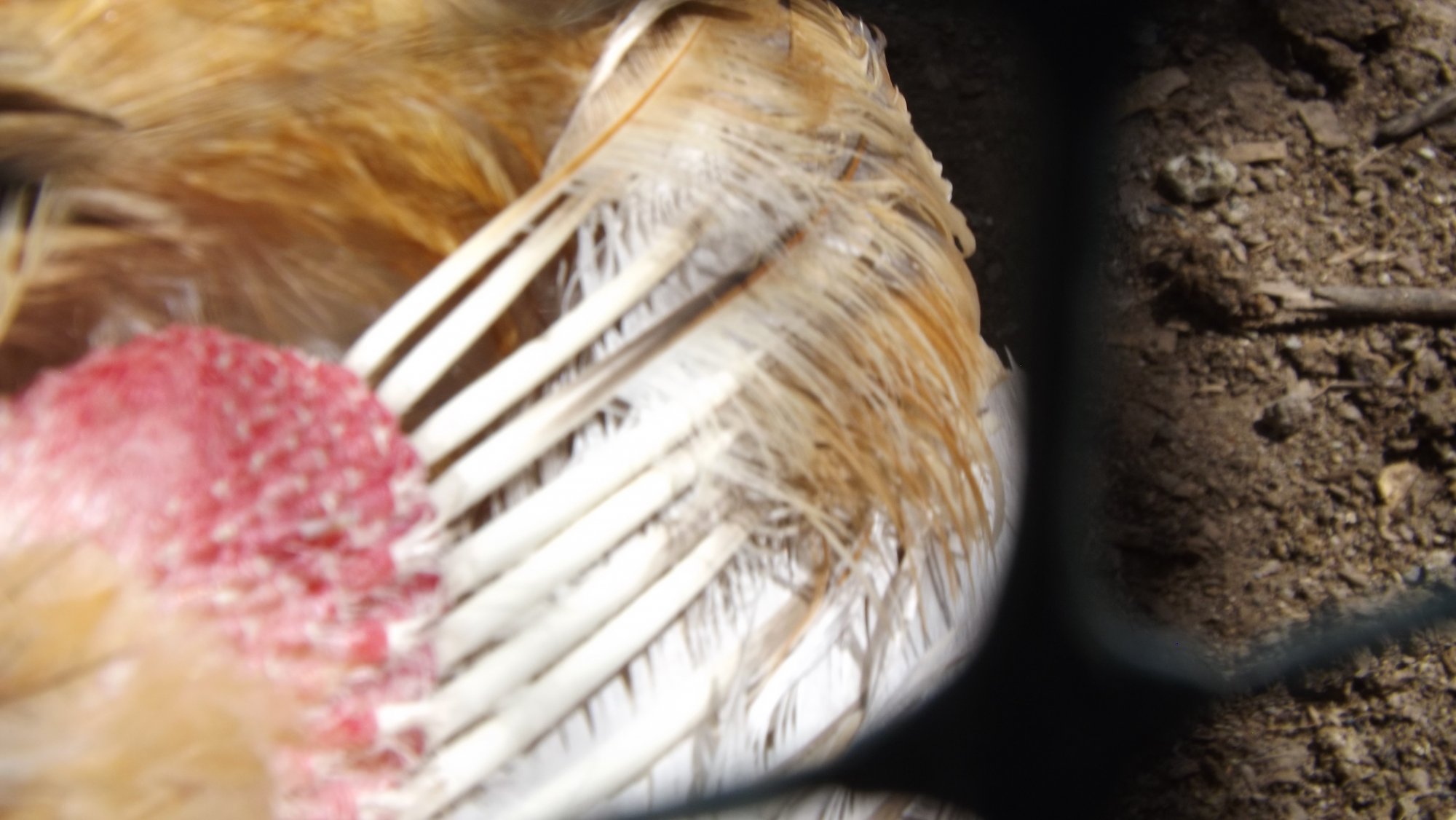 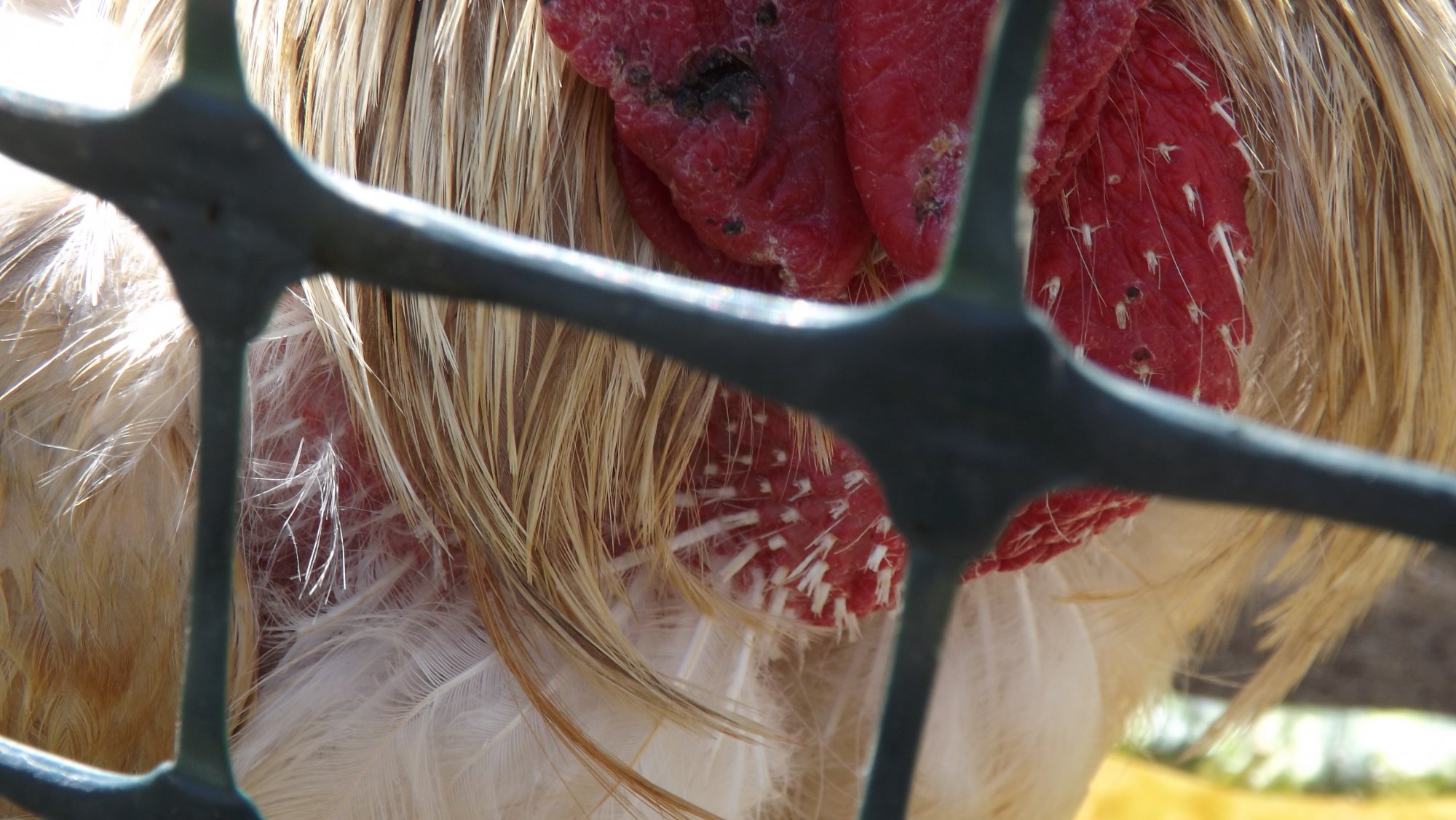 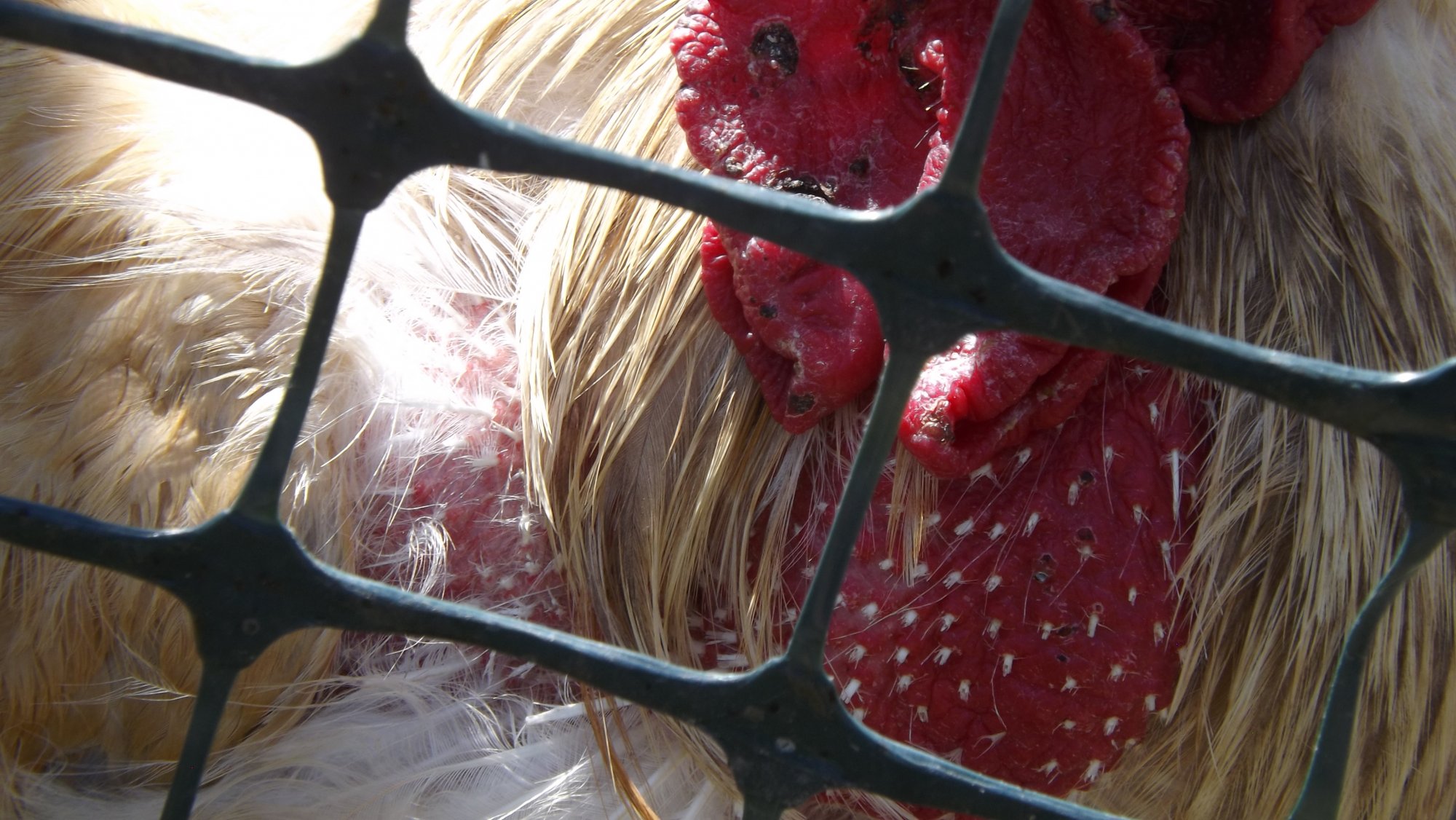 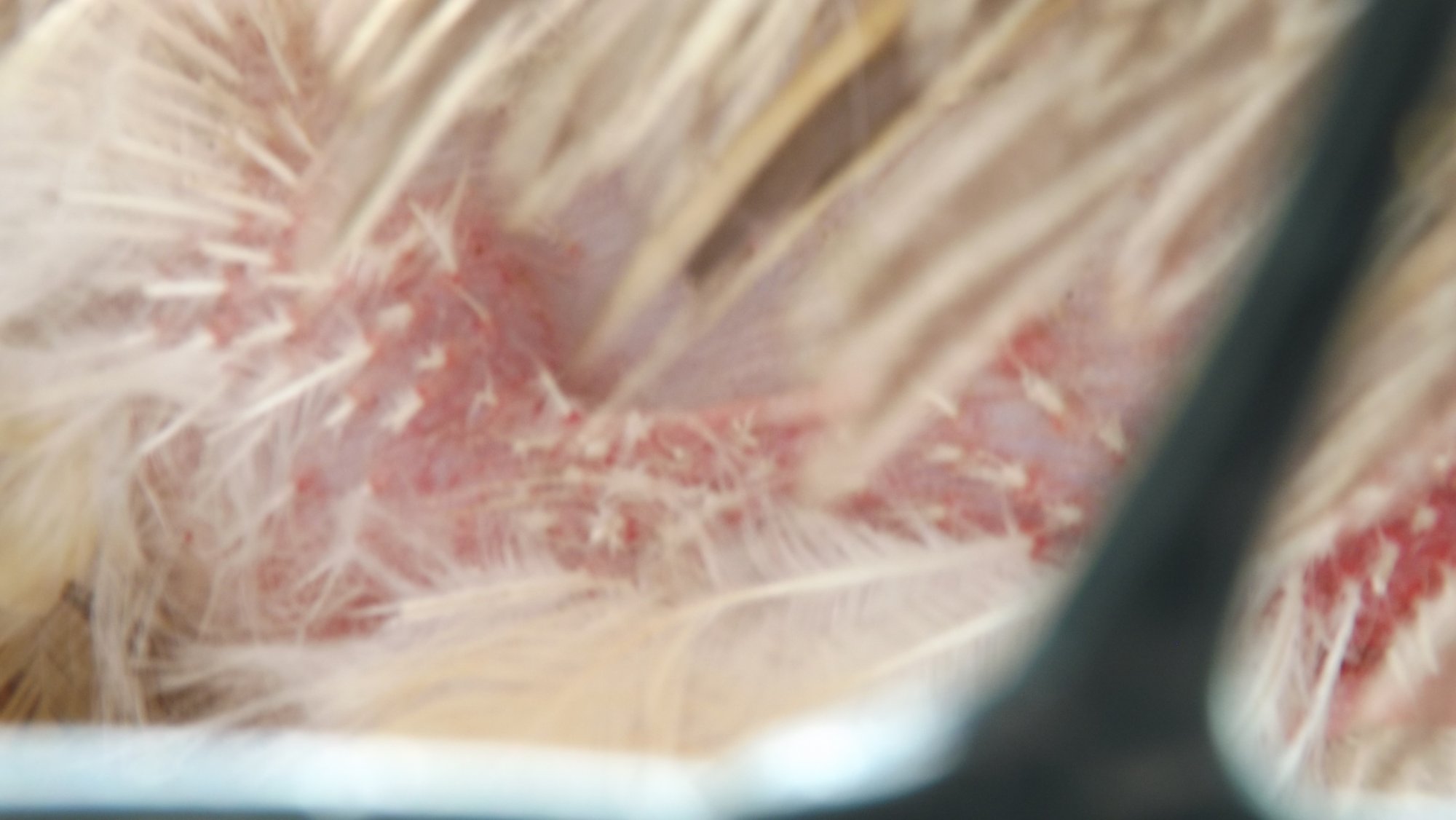 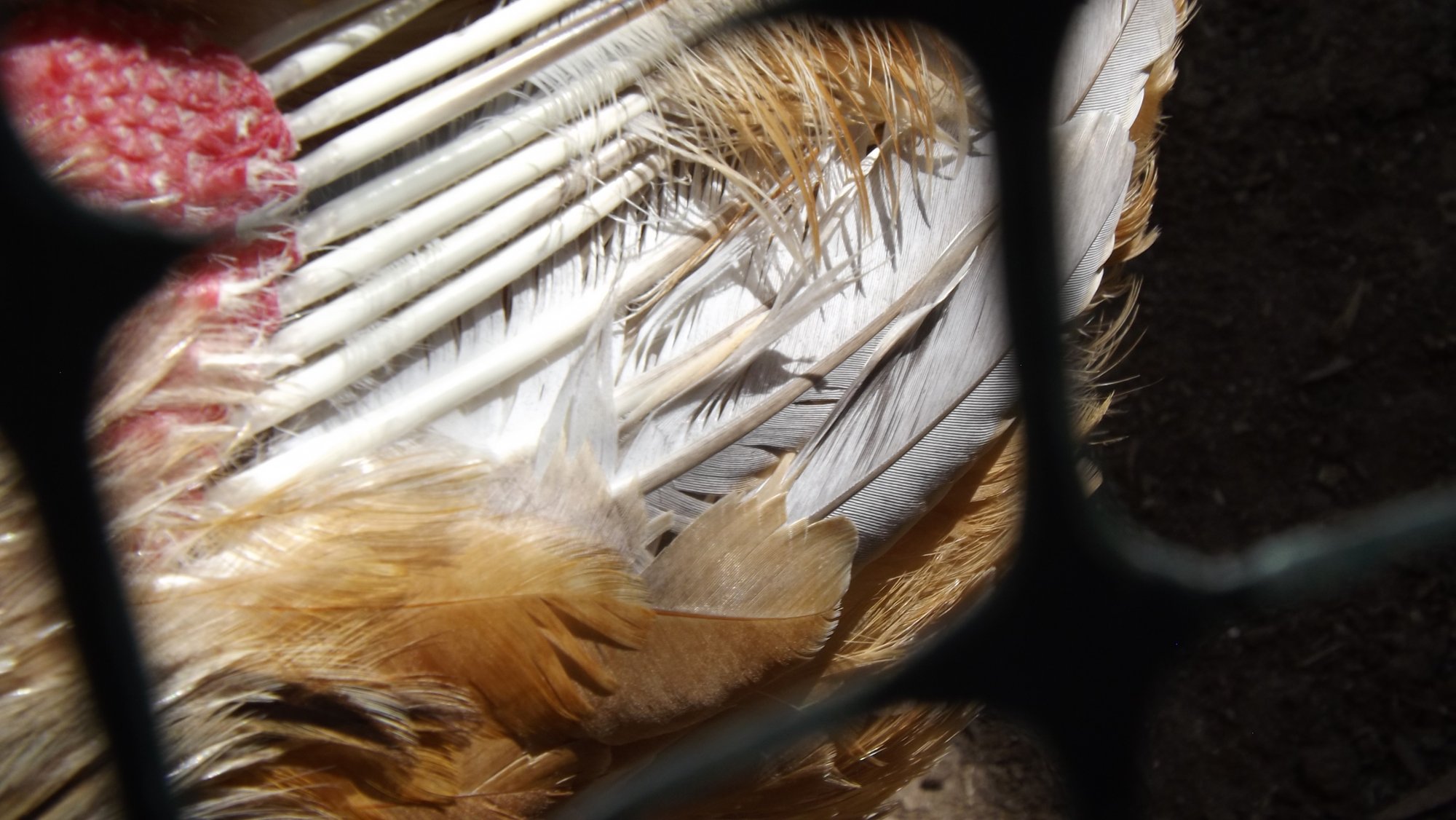 L
Need help for my rooster!!!