I have three roosters, not by choice, but I have heard about multiple roosters free range. If I try this they fight with each other. I don’t want them to get hurt but I also don’t like keeping them cooped up
Any suggestions
Thanks

It's true I keep a stag pen (for eating and breeding)... there are some antics, but everybody mostly gets along.

Have you considered getting rid of the extra boys? How old are they? Were they raised together? How many ladies?

I am considering doing rooster tie outs like to a dog house or something like that. Not everybody who has set ups like that is a cock fighter. But if done correctly could be a very useful tool for housing multiple roosters and keeping them from fighting each other. Sorry I don't have any good link with instructions for that..

Beyond that... if the alternative is they lose their life... cooped up might be your preferred option. I'd let them go to feed someone else's family... since having them "isn't your choice".

What breed and how old are your roosters? If they're juveniles, you have a big yard, and they don't have spurs, they should just knock each other around until they figure it out. Currently, I have three bantam crosses that are being absolute idiots and the silver one looks awful because there's blood all down his throat--but it's coming from one tiny nick on his wattle. He's fine, and would far rather be loose than confined to the old rabbit hutch.

If you have large game roosters, older roosters, or roosters that just won't stop fighting, definitely follow EggSighted's recommendation and consider investing in a few Igloo doghouses. Tethering roosters is the easiest way to 'free range' them, and you don't have to worry about them bothering the hens. (Also, if arranged right, it looks kind of cool.)

Better, with a tethering system and the hens free-ranging, they sometimes choose what rooster they prefer, which helps me with rooster selection.

EDT: Tethering roosters--they'll take a while to figure out the foot thing, sometimes up to a day. I just use some braided parachute cord to make a cuff, tie it around the foot, make sure the loop has a little bit of give (it's not supposed to be snug; it should move around the foot easily.) I use a small bolt-snap (mine came off of an old purse) tie some cord to it and tether the other end to a ring, which goes around a stake.

I use the hillbilly/redneck method of closing the doghouse at night too. You might want to invest in some actual doors; I use a piece of plywood and a cinder block, which double as a sun-porch during the day.

I appreciate the responses but I will keep them in cages and rotate out like I have been. I keep the red with the hens right now and the two black and white roosters separated sometimes with a hen. Two black and white hens and the red has 8 ladies. I probably will find a home for one black and white.

Juveniles won’t even fight for long usually,escpecially a cockerel that isn’t a fighting breed.If I were you I would sit outside and let them square off.That is how chickens figure out a pecking order.Boys can be worse then girls.
Roosters are competitive.If your close to these boys there is no need to get rid of them unless they are seriously not getting along.
Dealing with fighting is all apart of keeping them,not just them but hens too.

We’re approaching spring and my boys,I have two a bantam and a huge New Hampshire red rooster started squaring off,may I remind you both have sharp spurs,one having even bigger spurs.Not only is ones spurs larger but his body is ten times larger.To my surprise I step out side to see them fighting!And never interven,ever.And after a few minutes they went around crowing and strutting and everything went to the way it use to be with the New Hampshire red remaining boss as usual.Sometimes letting things take its own way is best thing for your chickens.
I never sweat and look at the size difference 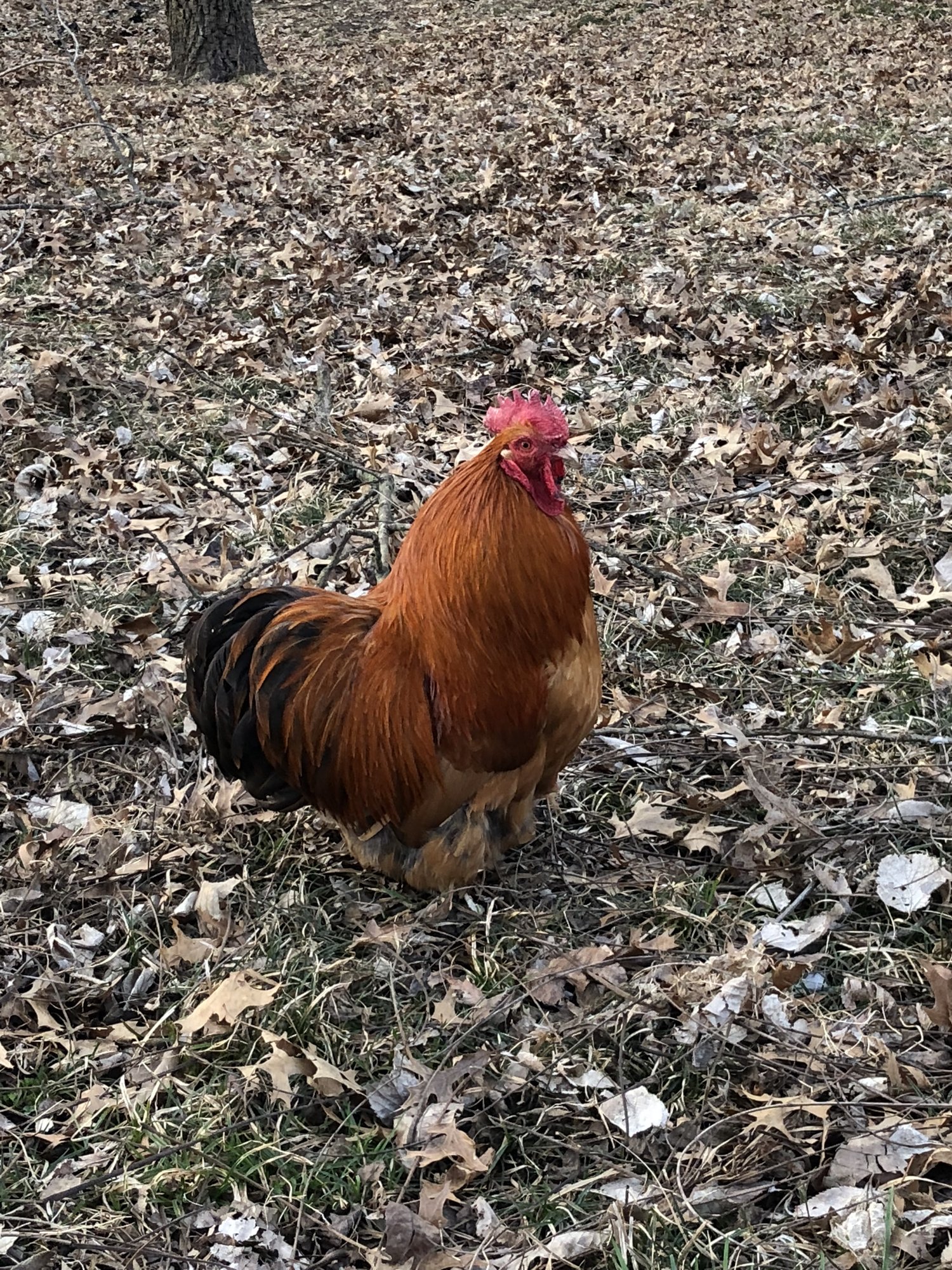 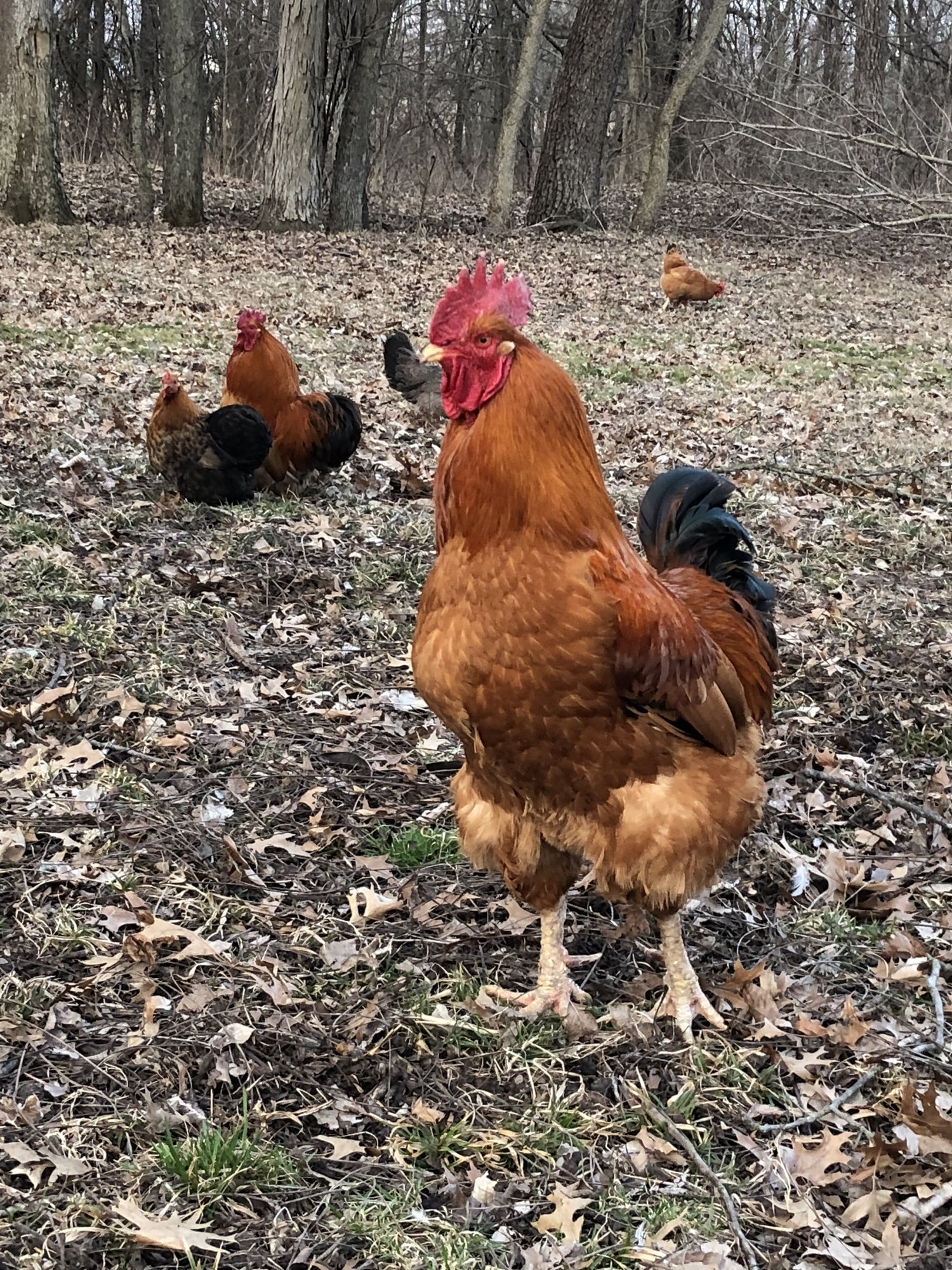 C
New chickens and rooster to the flock