We live in a little town in Victoria Australia.

It all started when we drove into our street and seeing a little wild duckling running as fast as it's little legs would go in front of us. I pulled the car over and Scott, my husband caught it. (he always wanted a duck). Of course it's illegal to keep it but we weren't going to release it to die, the nights were -2c at the time. We put it in a fish tank with a borrowed heat lamp to make do till we knew what we were doing, it was all guess work & alot of YouTube lol.
The first 2 picture are of Duck duck (original I know lol). The one who started it all.

At the time, Tinkerbell was having puppies. All this going on in our bedroom.
We set Duck duck free on Private Property & still see her occasionally. We had to get more!

We got what we thought were Silver Appleyard ducklings. Dingus & Dizzy. They lived in our bedroom till they feathered out. After they went out to the duck pen, Scott visited the people where we got them from & they had heaps of ducklings running around a a brooder. Scott noticed a baby that wasn't moving & it kept getting rolled & trampled by all the others. He picked it up & saw that both feet were screwed up & it couldn't walk. Scott asked if he could have it and they said they were surprised it made it this far, & yes he could. He looked at the little ducking in the palm of his hand & said, "You're coming home with me". & with that it went "QUACK"! Her name is Quackers. Spends her days outside with the other ducks (we check her for food & water regulary), the evenings she spends with the ducklings in their brooder, & the nights, she's in a huge fish tank in the bedroom with a heat lamp if she needs it.

Now I don't know what Dingus was thinking when she got broody in the middle of Winter. (Can get -5 at night). Scott went outside one morning & there's a tiny duckling floundering around behind her. We joined Chickens Backyard because that's where the question led us. We took the duckling inside to keep it warm. I wish I'd thought to check the nest then. The next day we check the nest & there was another fluffed up duckling in there & one dead in the egg, well pipped. If we had gotten to it the day before it might have been a different story. Our babies are Hazel & Peanut. They love Aunty Quackers & are helping her become waterproof.

Have I mentioned we have 5 cats? They stay clear of the ducks lol.

We weren't happy with just ducks though were we? It didn't stop there. I bought some chicken eggs from the local craft shop (people sell their wares on commission there) I put them in the incubator & hatched 7. Then we hatched another 11. Then another 3. Now we are in direct contact with the chicken people & they've given us 5 Araucana eggs.

Up to date we have, Dingus, Dizzy, Quackers, Hazel & Peanut. We've hatched 21 chickens so far. All have names.

We have 13 duck eggs & 5 Araucana eggs in the incubator at the moment.

Thanks for sharing part of your never ending story. Your flock is beautiful.

Thanks for sharing the story and pictures.

I'm getting excited... 3 days till 7 duck egg lock down. I've been collecting an egg off Dingus every day, leaving 3 marked in the nest all the time. I've collected 7 so far, I've numbered them & turning the egg carton every day. When I get to 10, they'll go in the incubator too.

Our first hatch of ducklings was disastrous, they didn't make it to lock down. It was so sad.

When Dingus got clucky, I put her eggs back under her, all but one. We hatched it in the incubator. A very happy moment. Unfortunately it drowned in the water. Inexperience on my part, my fault. I have gotten the correct water & food containers since then. It was only with us for a couple of days, I miss it so much. I have new borns in a small fish tank brooder on my bedside table.

Pictured is little Hazel & the yellow one we hatched. It was huge compare to it's sister.

Just a few video's to catch up to where we're up to now.
Meeting the ducks.

What's going on now. Candling 7 duck eggs. I was so nervous handling them that I nearly dropped the lid on them. All 7 has movement.

My wonderful husband has made me an incubator out of a glass fridge. We will have a perfect view for hatching. 7 duck eggs are going into Lock down tomorrow. Getting close now.
Is anyone incubating? 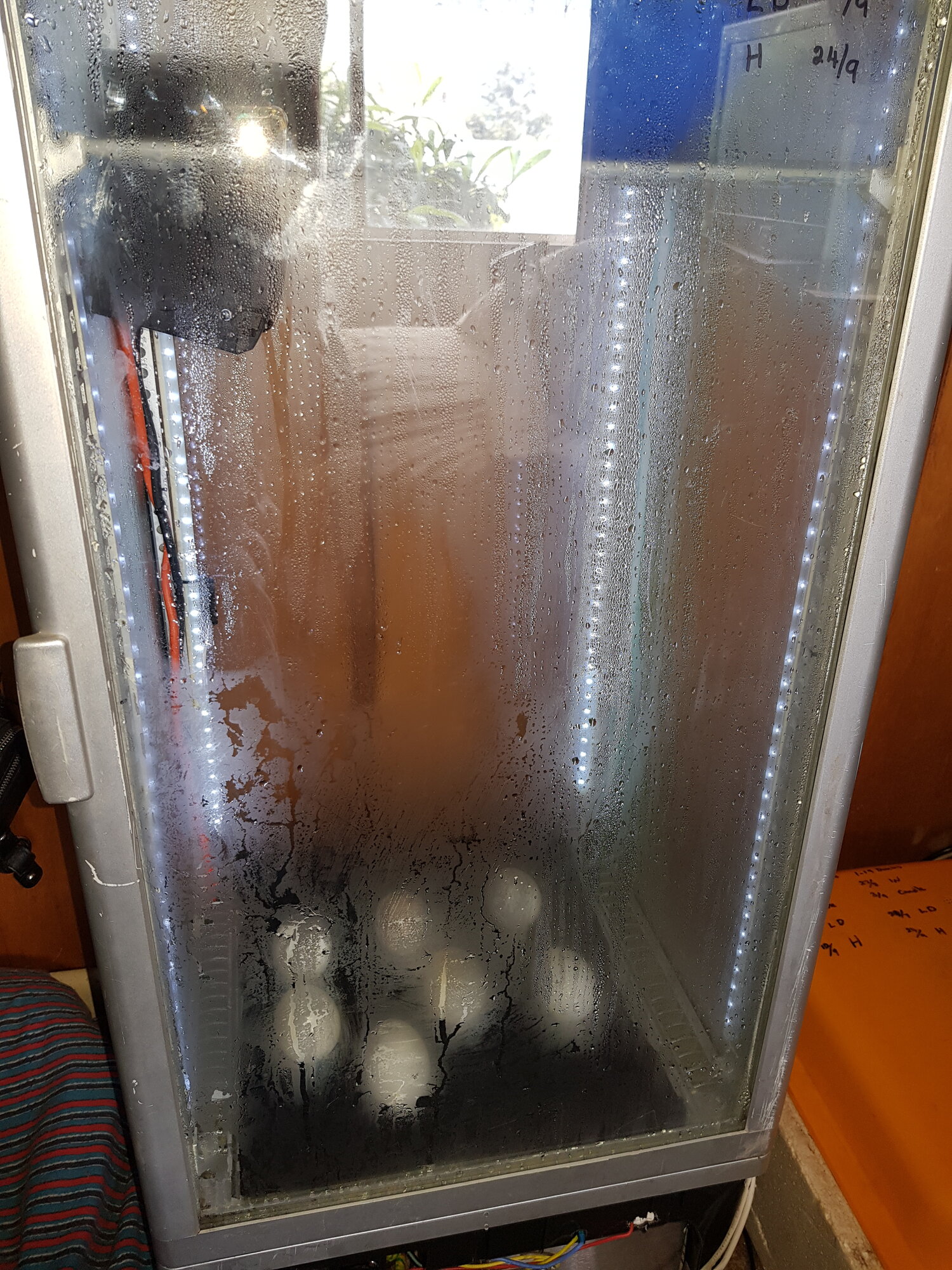 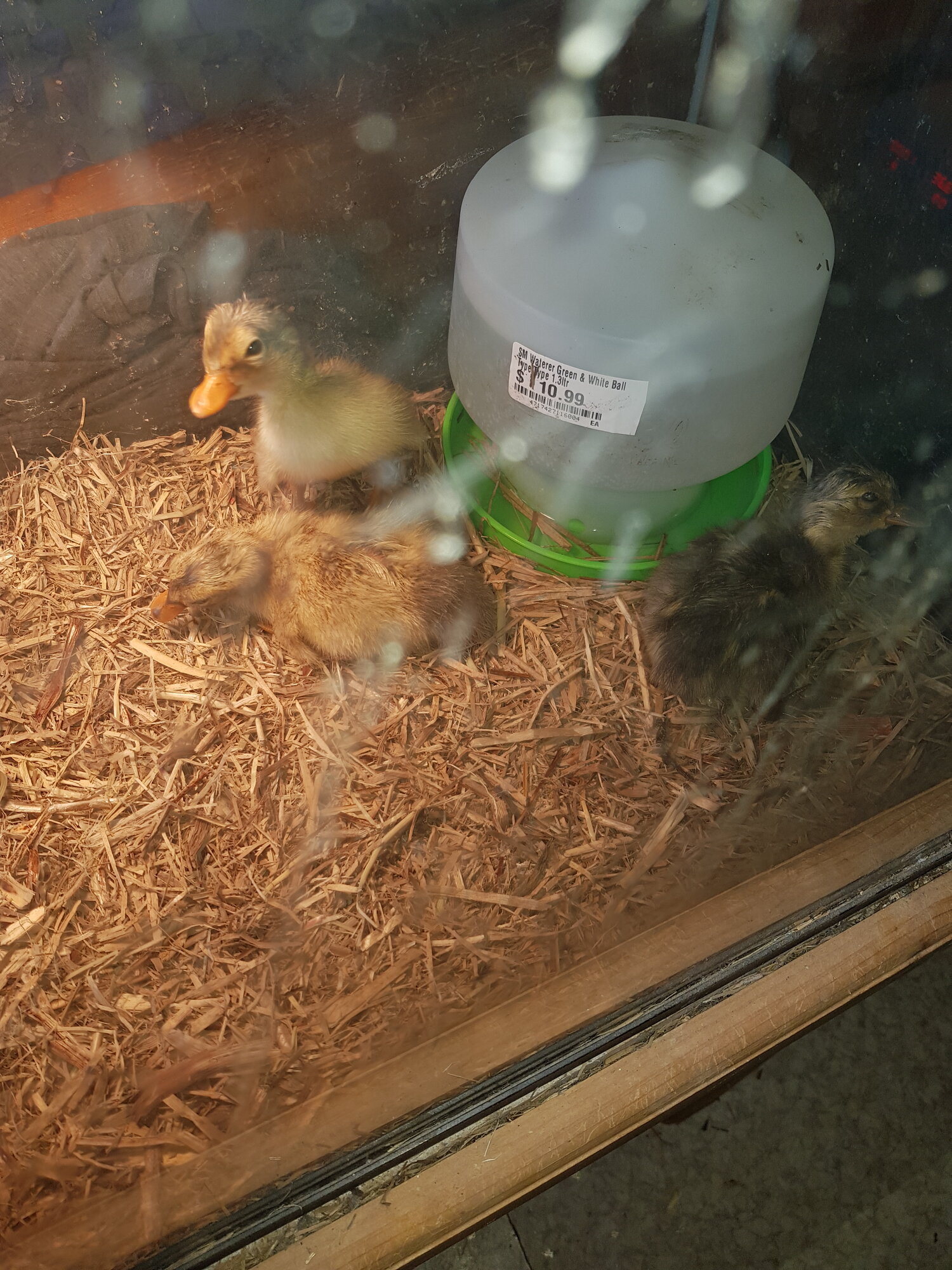