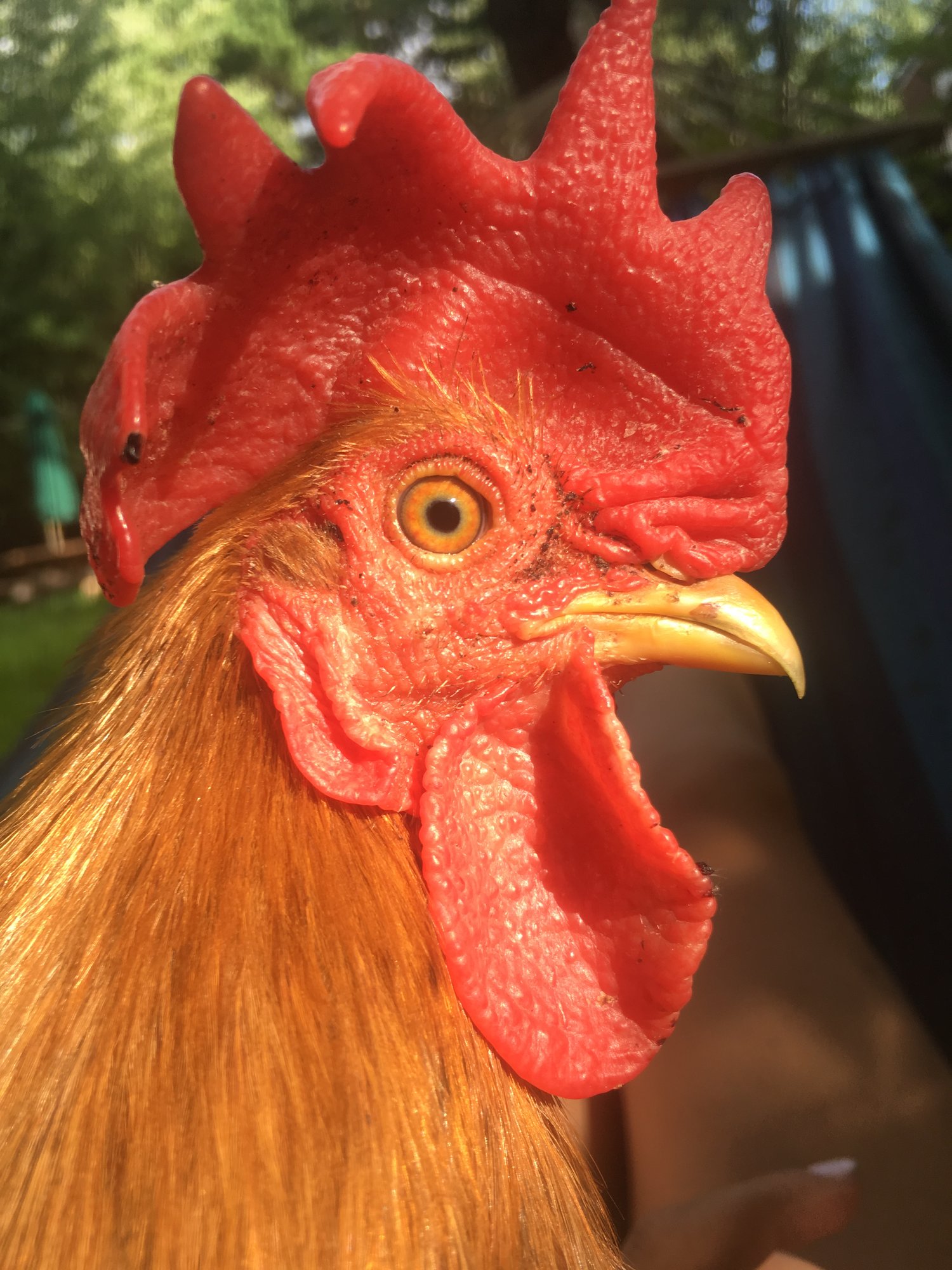 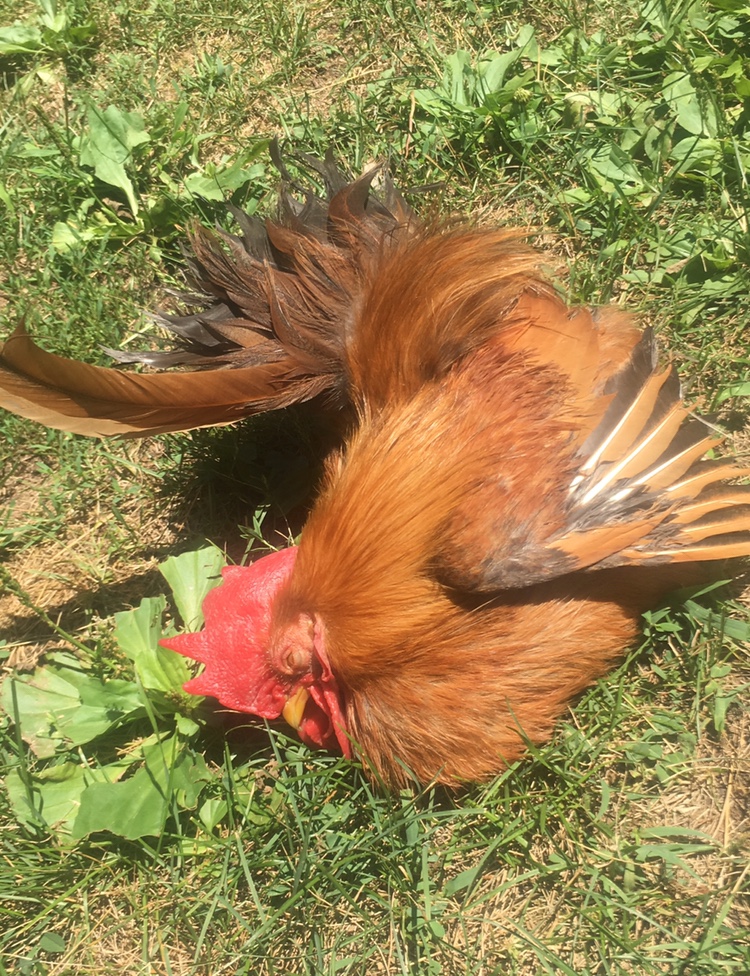 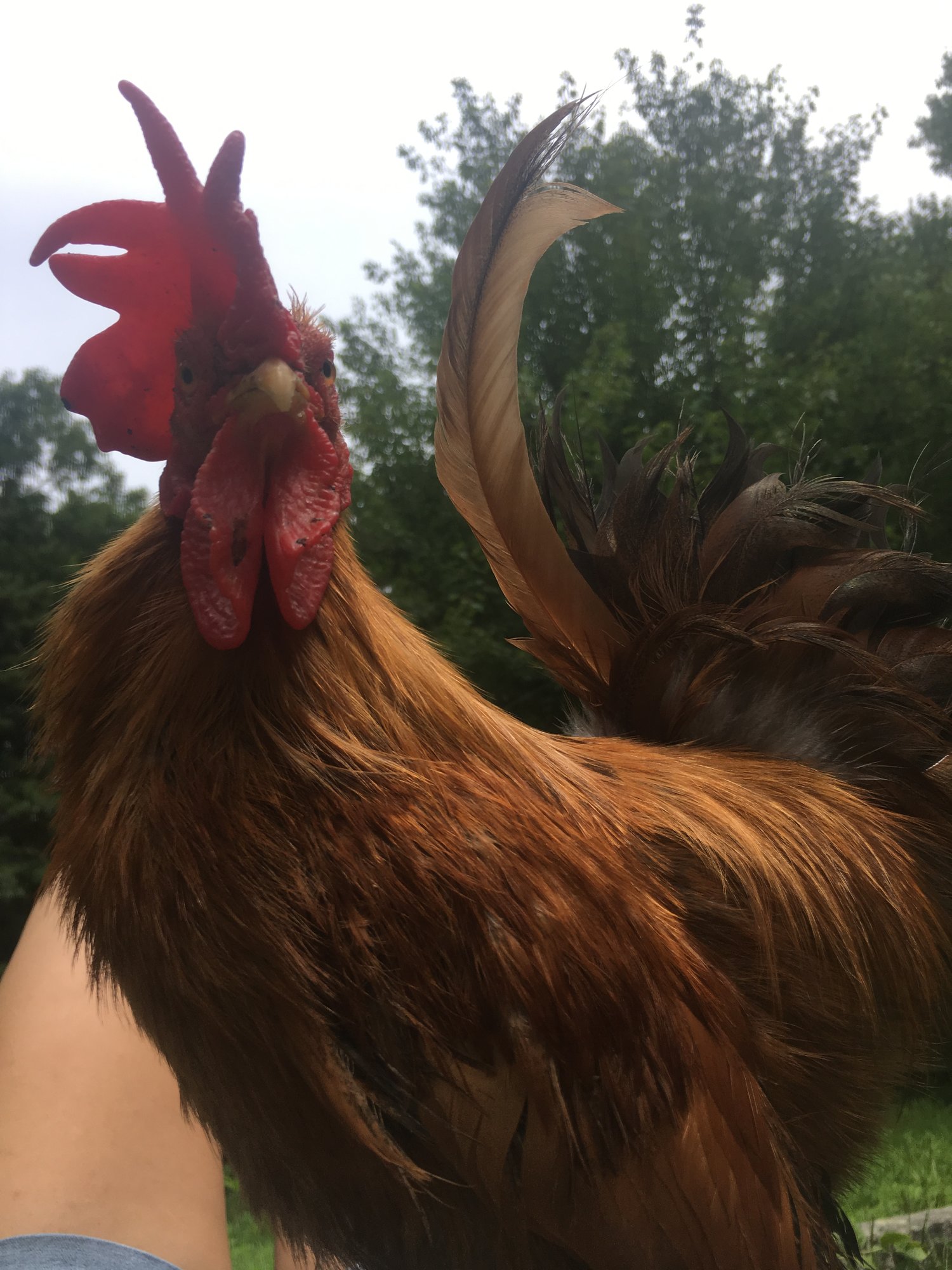 Beautiful bird. I also have serama; frizzled, silkied, and smooth. Other breeds too.

nchls school said:
Beautiful bird. I also have serama; frizzled, silkied, and smooth. Other breeds too.
Click to expand...

yeah i have some others too 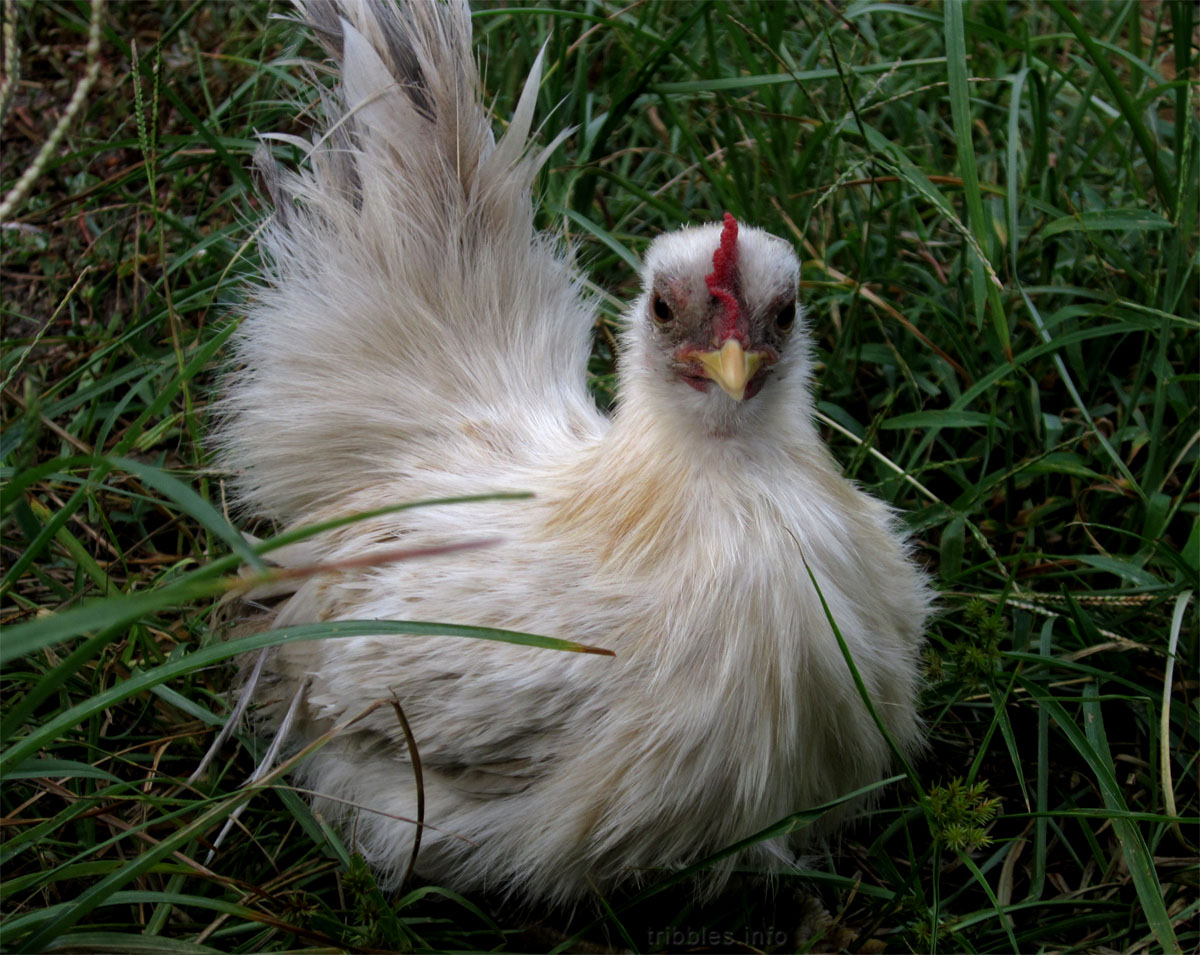 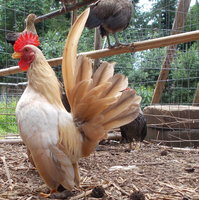 This is the my only breeding age Serama Rooster 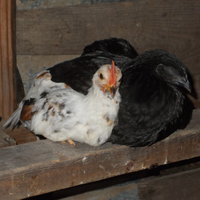 The white one is a Cockerel with his best friend an Ayam Cemani that he shared a brooder with. The Ayam Cemani puts his/her wing around him at night in the coop and they do not interact with the other free ranging birds. I did not intend to raise them together but they were the only 2 survivors of a hatch I screwed up. I couldn't separate them so I put them in the free range coop with other bantams close to their age. Sometimes The Serama Cockerel will get into pecking order duals with a Millie Fluer D'uccle Cockerel and usually a silkie gets between them and is oblivious to the dual. Since I have more males than females right now I figure I could let this guy run with the bantams and see if he can handle himself. So far he holds his own but I worry he can't really defend himself from predators because of the usual body shape. The caged Seramas when given ground time usually just strut and rarely peck for food, this guy free ranges well because his best friend showed him.

here is a picture of him being introduced into the outdoor brooder where he first met other chicks, his best friend is blocking the view of first chick he met that day. 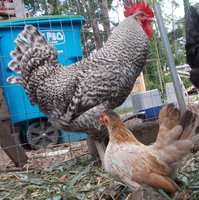 The female Serama Hen I have in front of a Cuckoo Maran, the Cuckoo maran is actually sick in this picture and not as robust as he was in his prime. Sadly he passed away recently. He was just used to show how small the Serama is.